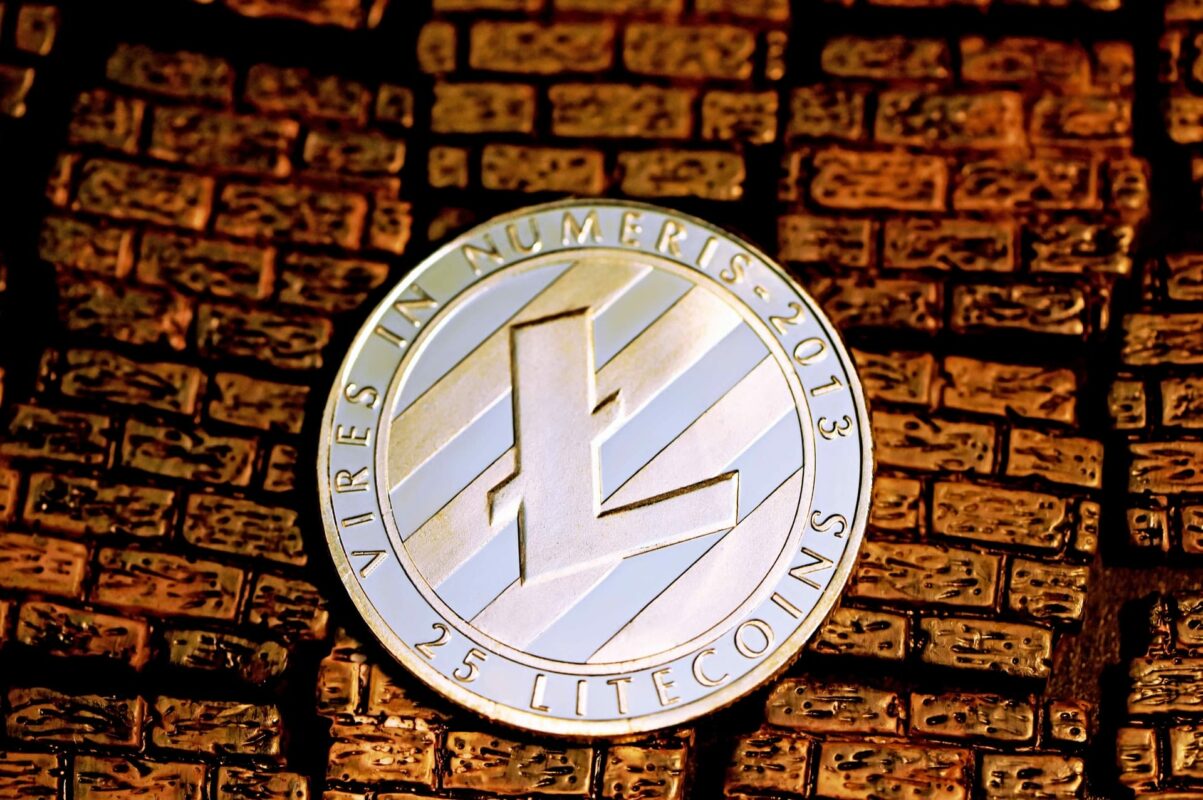 Litecoin [LTC] is one of the few altcoins that is managing to recover the losses gradually. This on all fronts is indicating a possible trend reversal.

While resistance from the broader market cues is natural, the support it has from its investors will play a crucial role in helping the cryptocurrency recover quickly.

The silver to Bitcoin’s gold has been failing a recovery for more than a year now, ever since it hit its all-time high of $417.

But in the last seven days, BTC has shown promise that it might be gradually recovering with the active downtrend now losing strength. The Parabolic SAR, moving close to the candlesticks, is on the edge of flipping into an uptrend by shifting its position to move below the candles.

But now that the tides are expected to shift once again, the rising ADX might strengthen the uptrend pushing LTC above $50 for good.

Plus, similar indications can be observed on the MACD as well, where a bullish crossover is set to take place in the coming days. The disappearance of the red bars augments the argument.

Besides, the altcoin noticed no abandonment from its investors, which will be beneficial for LTC in marking a sustained rise. This is somewhat surprising since Litecoin holders don’t have much hope to hold on to since 90% of them are in losses. 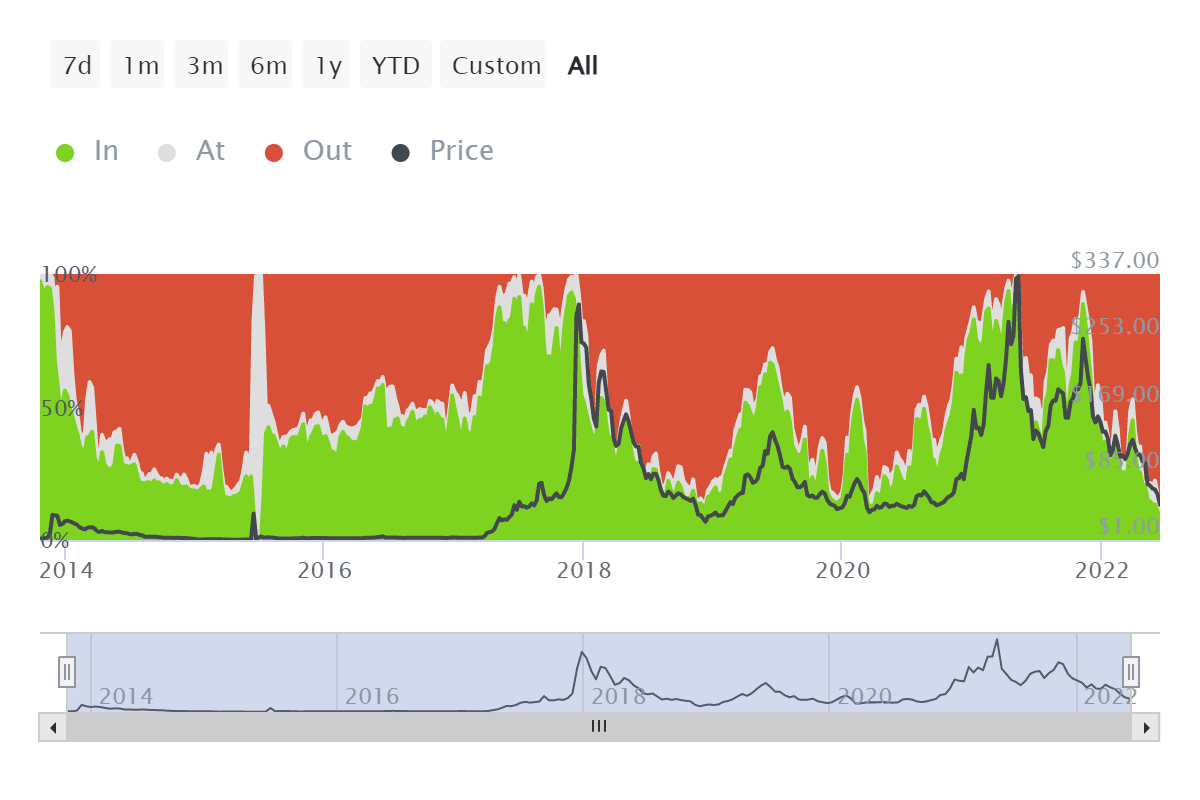 In fact, this week alone, Litecoin witnessed the highest single-day network-wide loss of $280 million in almost three and a half years since November 2018.

Furthermore, as opposed to exiting the market, Litecoin investors have held on to their assets. And, since January this year, the concentration of LTC held between 12 to 18 months has increased by 4% or six million LTC equivalent to $270 million. 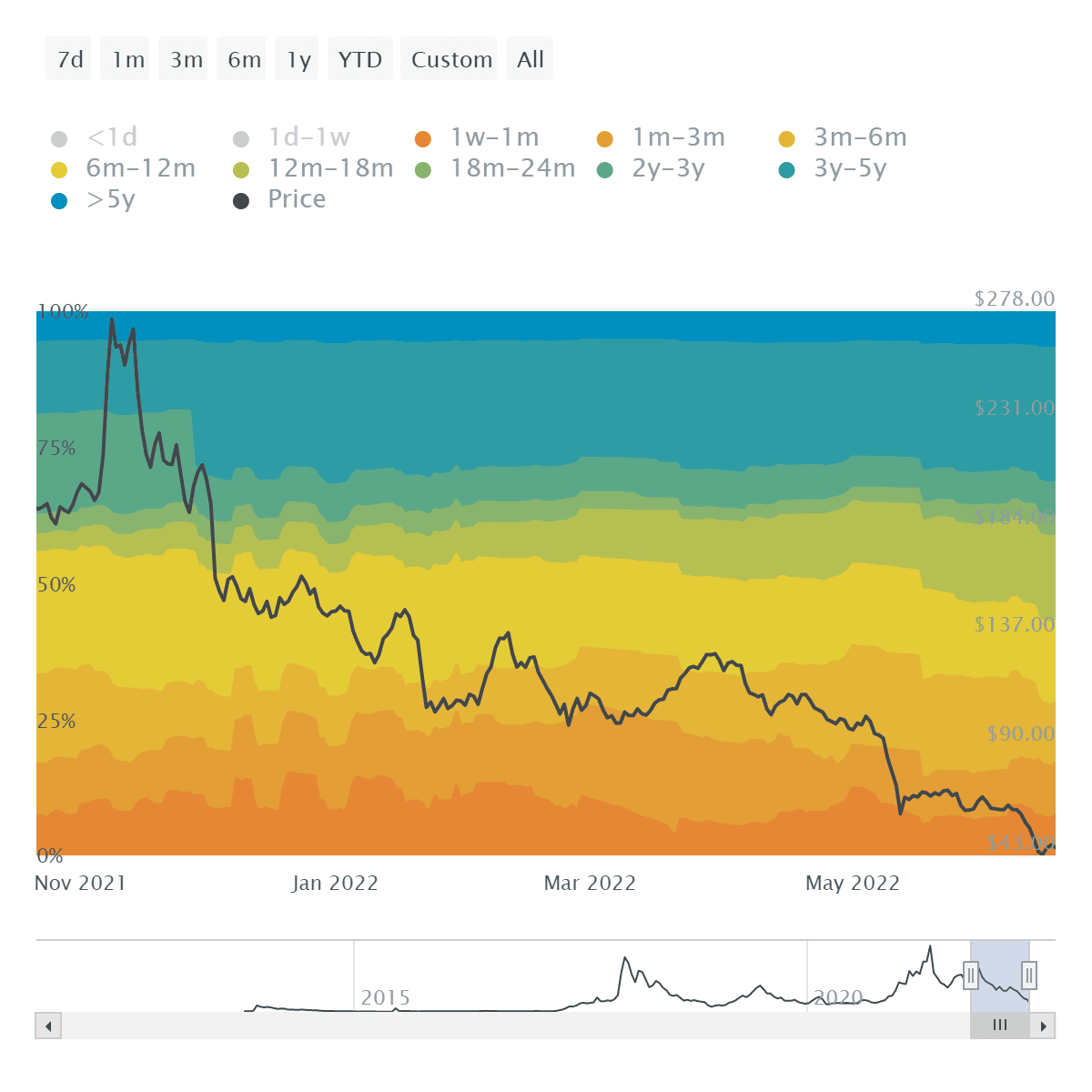 This evinces that somehow, investors are still holding a bullish bet against Litecoin, and they might even be right about it.

Fantom traders going short can have stop-loss above this level

Bitcoin: A potential +38% rally for ‘bleeding’ BTC could be in play if…