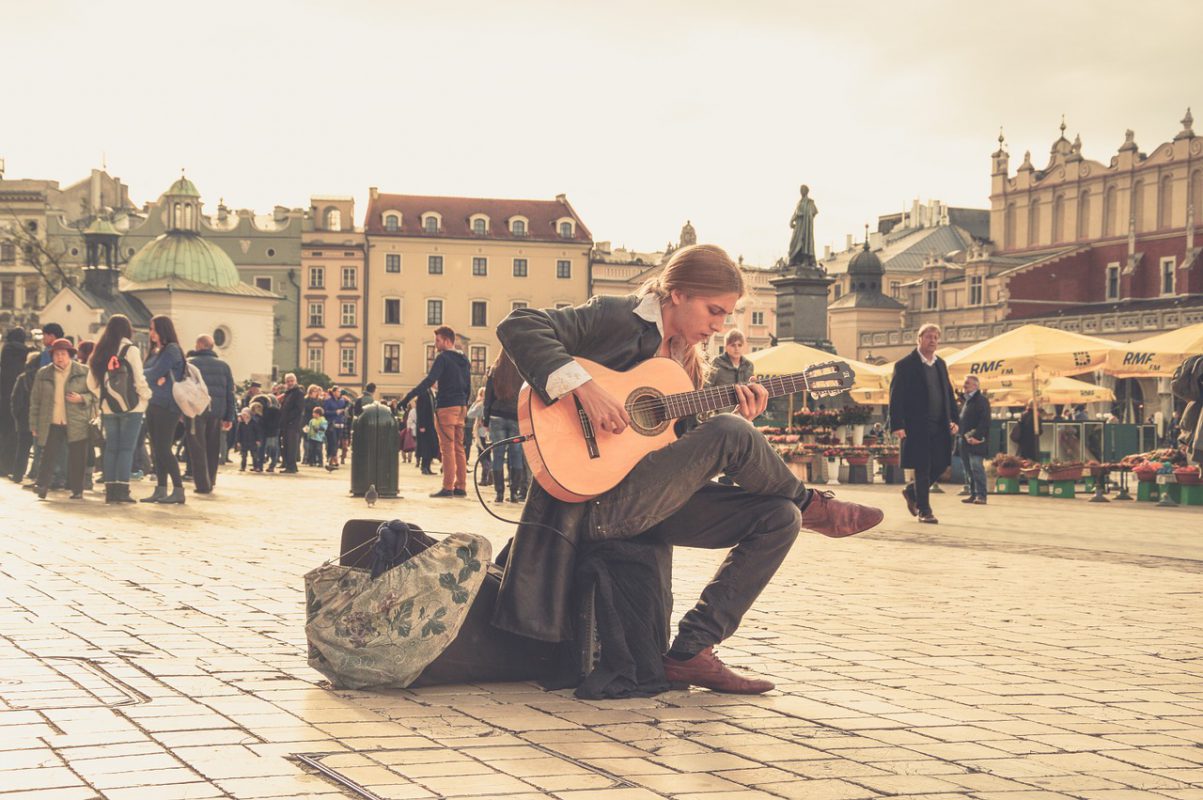 Litecoin dropped as the selling pressure on Bitcoin mounted. At press time BTC traded at $35,000 with a 24-hour trading volume of $86.6 billion.

However, Litecoin itself did not see significant volumes of the coin sold. Synthetix saw a dip in its price as fear gripped the market, and Ethereum Classic was headed toward the $7 level of support. 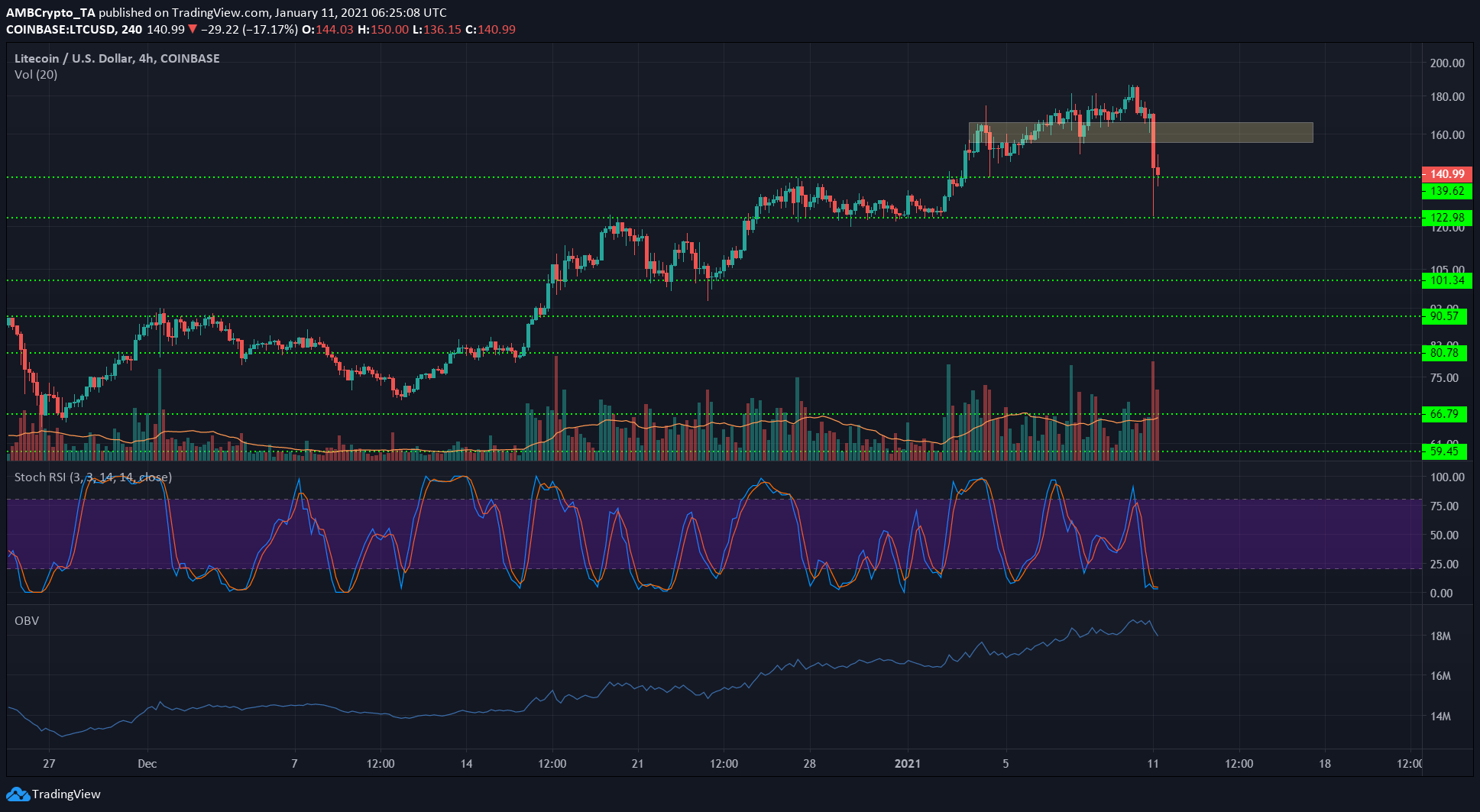 Litecoin dropped right through the region of demand at $155 – $165 due to the market-wide losses of the past few hours spurred by selling pressure on BTC.

The OBV showed that, while the momentum is bearish in the short-term, the buying volume has been trending upward and the recent hours of selling barely made a dent compared even to the past four days of buying.

The Stochastic RSI indicated was oversold, although this by itself does not necessitate a bounce for LTC. Levels of support lie at $$139.6 and $123 for LTC.

LTC has been in an uptrend since late October when it was trading at $45. The longest period of selling at this time was in early December, from the 1st to the 11th. Hence, LTC would need to trend lower for an equivalent period before the uptrend of the past few months can be said to have ended.

A recent report suggested that on-chain metrics were bearish for Litecoin, yet it retains investor confidence. 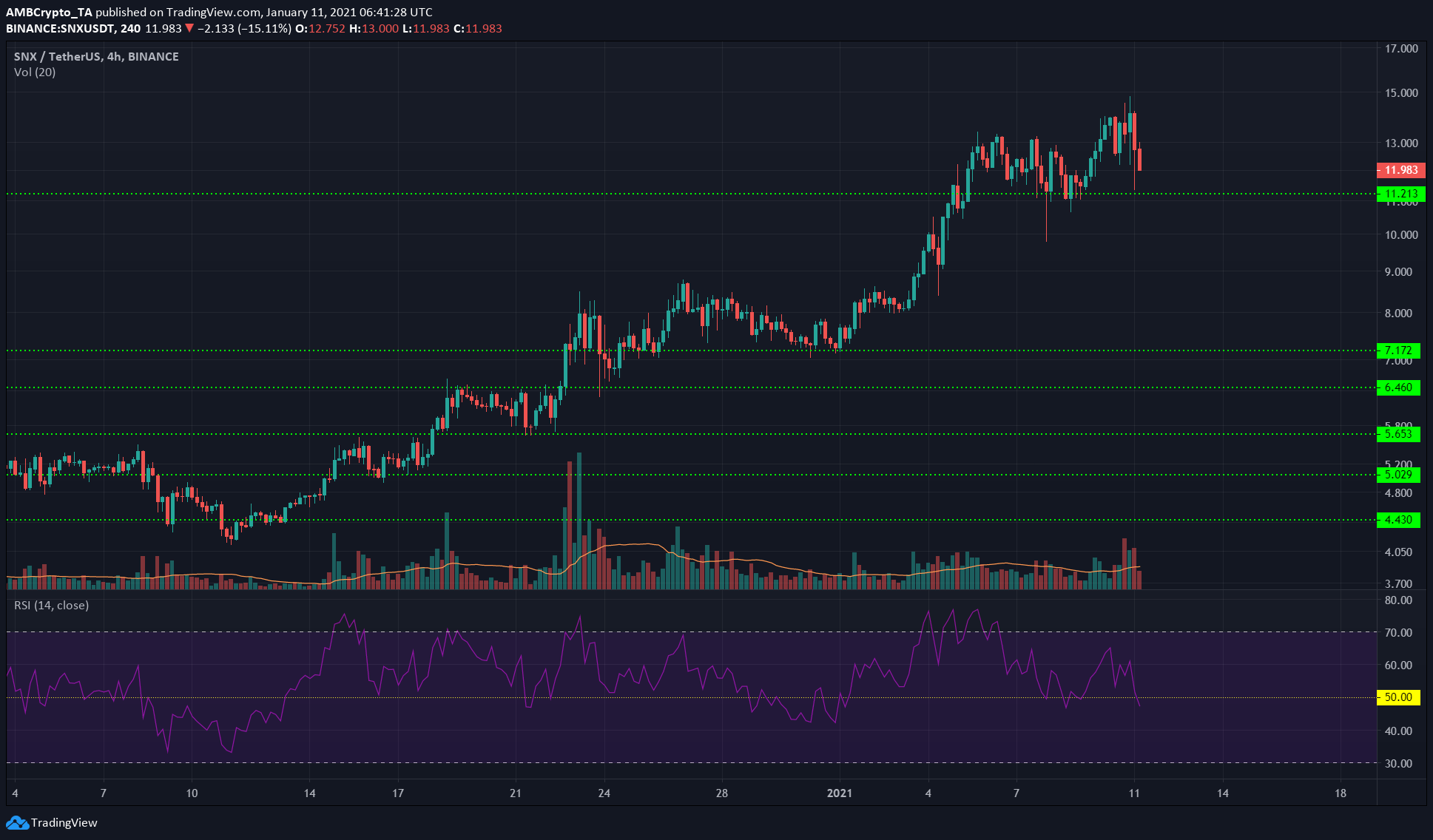 The sign of strength in an asset is when it holds its own even as fear spreads across the market. Synthetix can’t claim to possess this strength, as SNX did drop by 15%, which is nearly equivalent to the 17% losses posted by ETH over recent hours.

However, this dip to the $11.2 level of support offers a buying opportunity. The RSI for SNX has moved below neutral 50 but this is not indicative of a short-term downtrend yet.

Beneath $11.2, $9.8 can be expected to offer support. Losing the $11.2 level would indicate a short-term downtrend, but does not suggest a reversal of the longer-term rally. 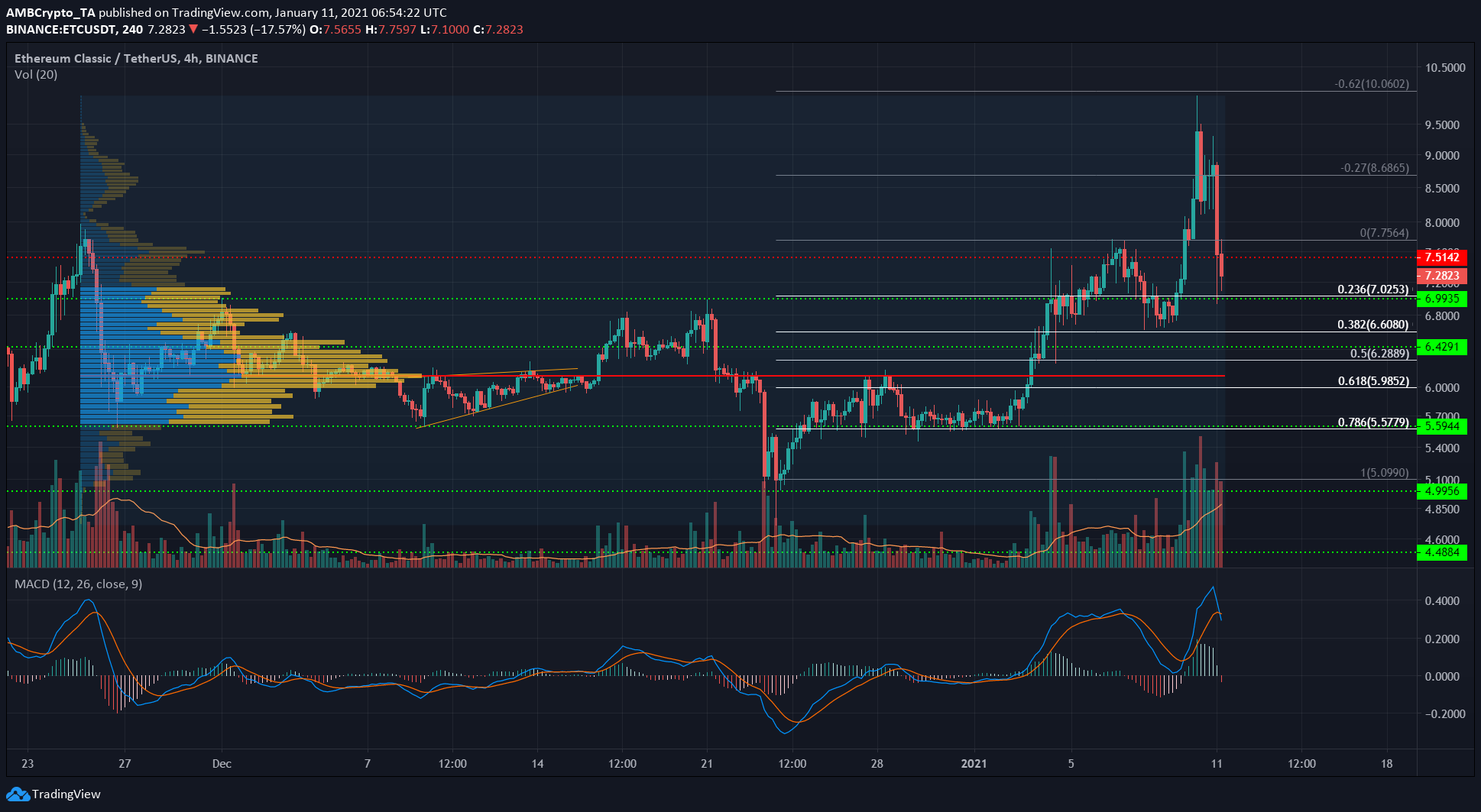 The Fixed Range Visible Profile showed that imminent regions of importance for ETC are the resistance at $7.5, and support at $7 and $6.6.

The MACD formed a bearish crossover after the past couple of weeks saw it move above the zero line to highlight bullishness. A previous such crossover in the past week saw ETC experience a pullback and resume its upward move, and something similar could happen for ETC at $7.

Should you buy the recent Bitcoin dip?