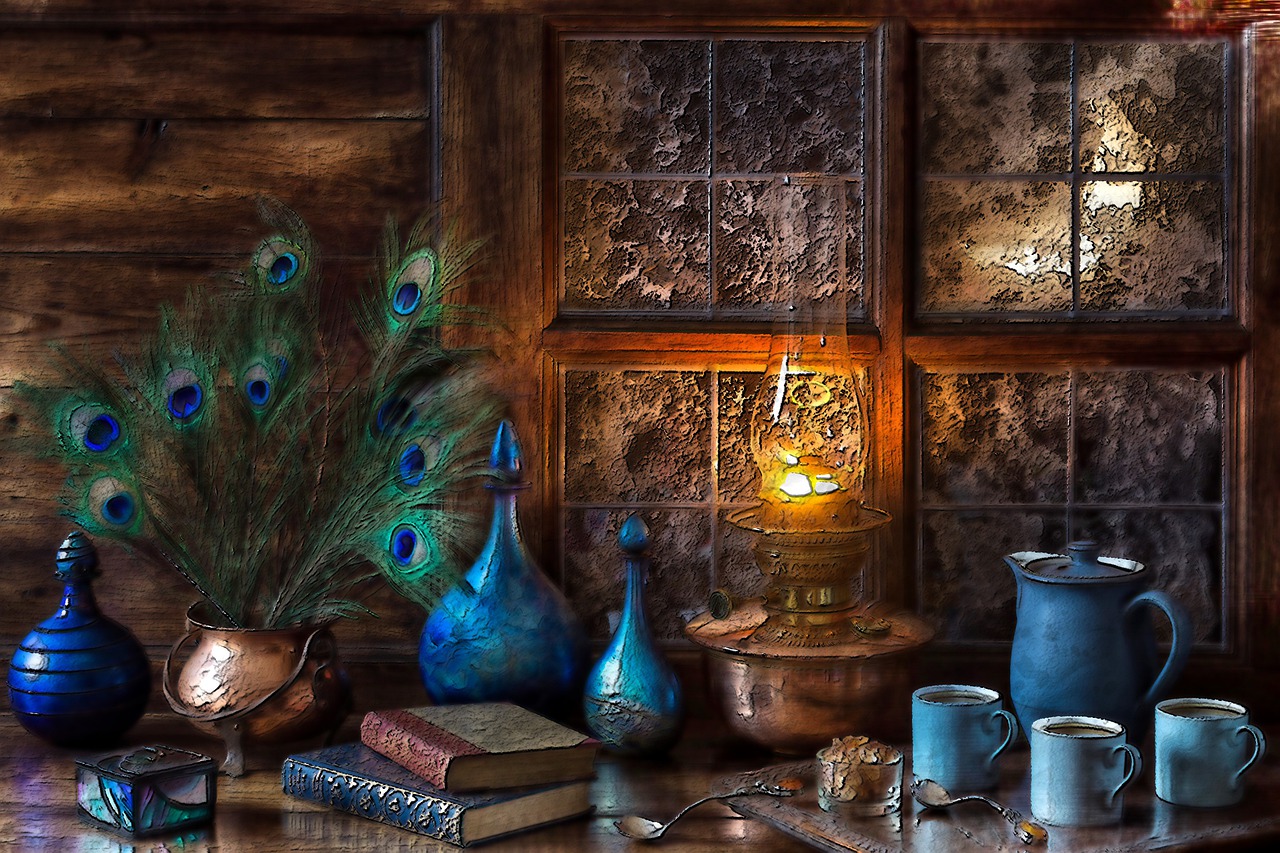 Litecoin saw a huge surge from $54 to $70 earlier this week. It was possible that the rally will continue its momentum to reach $80 next week. Trading volume has been high in recent days, which showed genuine demand behind the rally.

Bitcoin was also a major factor in this equation. With a correlation of +0.8, it was very likely that LTC would follow the trend of the king of crypto. If Bitcoin can defend $20.8k and push northward once more, another move upward for Litecoin could materialize. 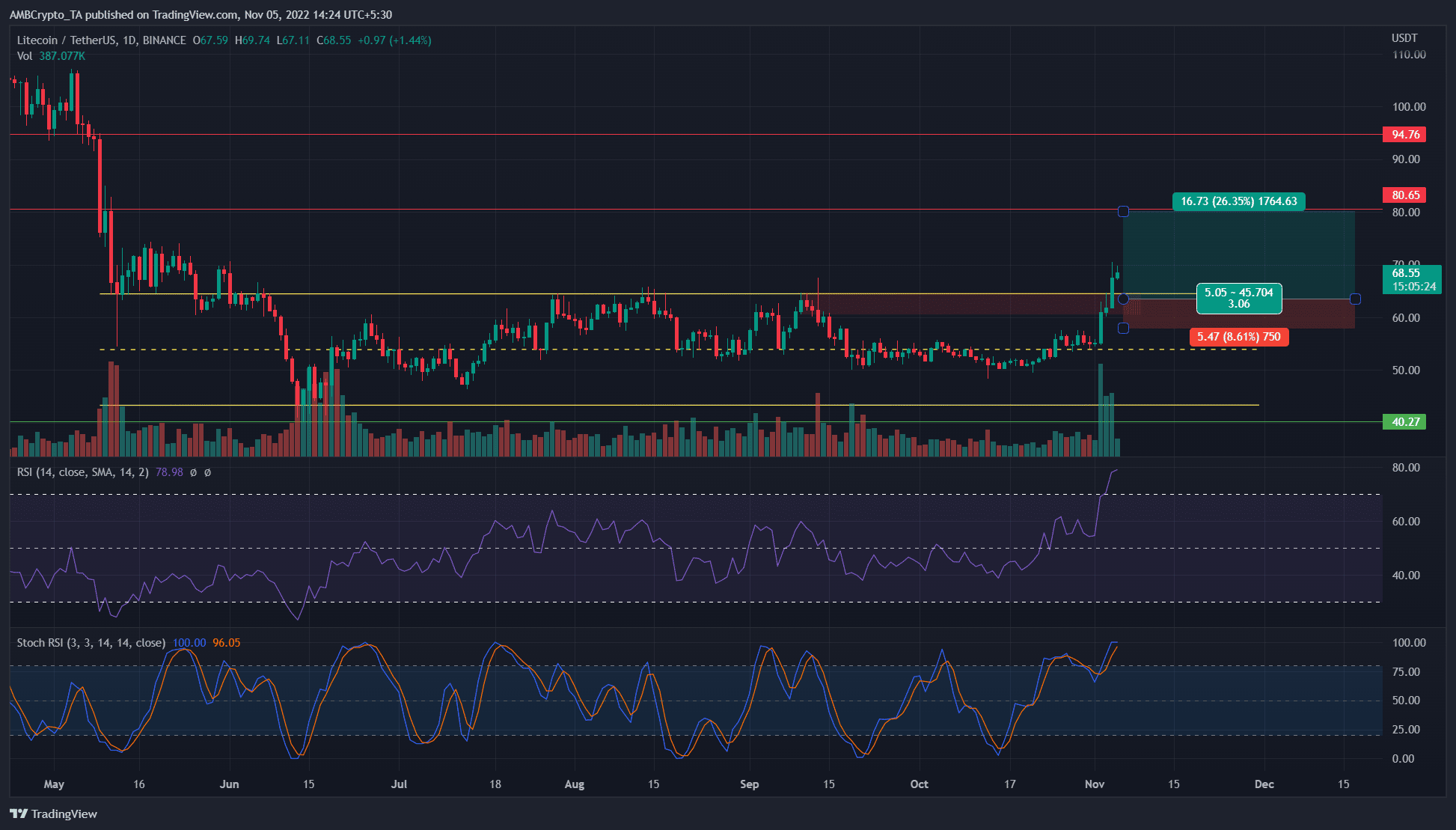 Since June, Litecoin has traded within a range (yellow) from $64.7 to $43.6. The mid-point of this range sat at $54. Since mid-September, Litecoin has consolidated around this level. In the past week, it was able to flip the mid-range value to support.

During this time, the Relative Strength Index (RSI) was able to climb above neutral 50 as well. The bullish momentum indicator came hand-in-hand with an uptick in trading volume in the past few days.

The Stochastic RSI was in the overbought territory on the daily timeframe, as was the RSI. In May, The area from $65-$73 was one that Litecoin consolidated within.

At the time of writing, this zone could pose stiff opposition to the bulls’ attempts to drive prices higher. Therefore, a pullback to $64 and a period of sideways price action could ensue over the next week or two, before another leg upward.

Social dominance rises sharply, and selling pressure has not yet arrived with force

The funding rate for Litecoin was positive in recent weeks. This highlighted the fact that speculators were bullishly positioned. Social dominance shot up in the last few days as the nearly 30% rally captured the imagination of market participants.

Meanwhile, the Dormant circulation (90-day) metric showed that there was no sudden surge in the movement of coins that had been dormant in the past 90 days. Therefore, longer-term holders of Litecoin did not yet feel the need to sell, which suggested that the rally could push higher.

While a retest of $64 would offer a buying opportunity, it was not yet evident that LTC can push higher once again. Invalidation of the bullish $80 target for Litecoin would be a daily session close beneath $58.5.