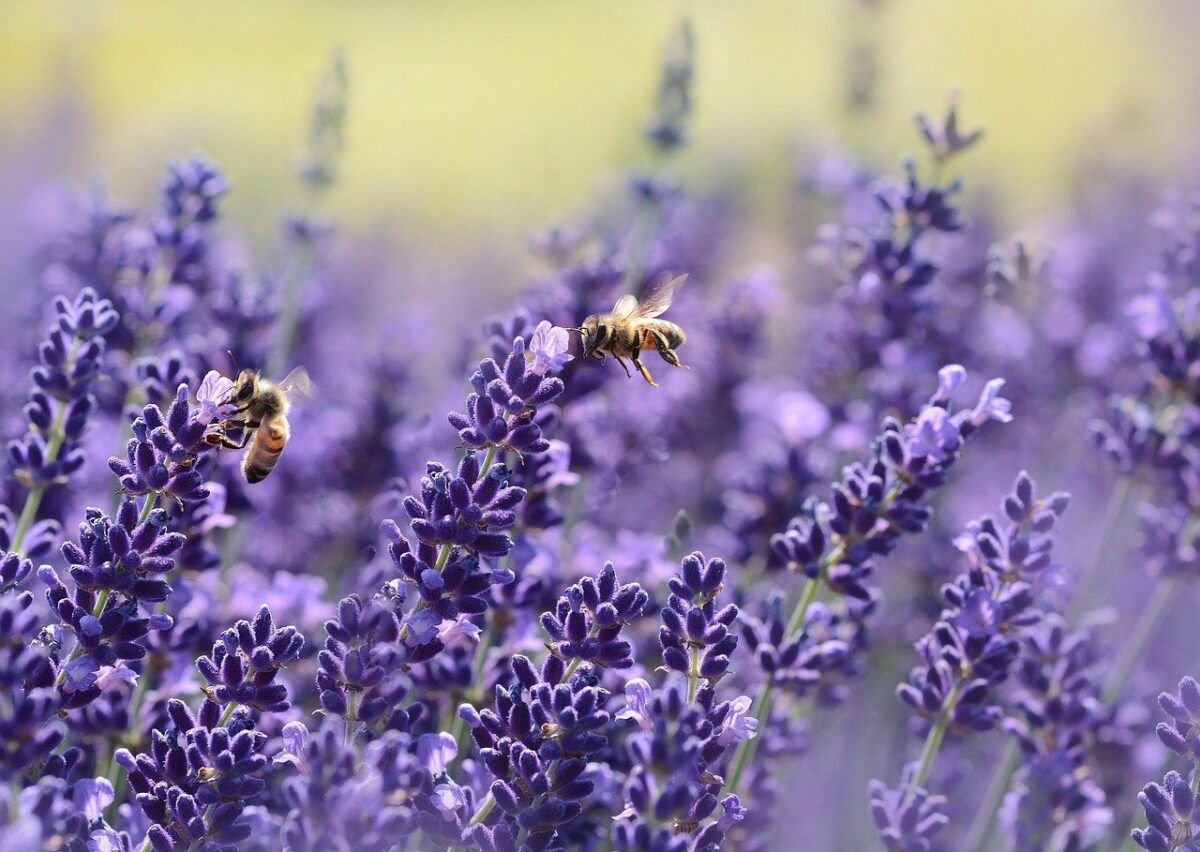 Bitcoin broke past multiple levels of resistance in the past few days and was trading above $45k at the time of writing. This has seen many coins across the altcoin space post sizable gains, including MATIC. In other news, Polygon raised $450m of capital by the private sale of its token MATIC in a round led by Sequoia Capital India, with each token priced at $2 at the time of sale. 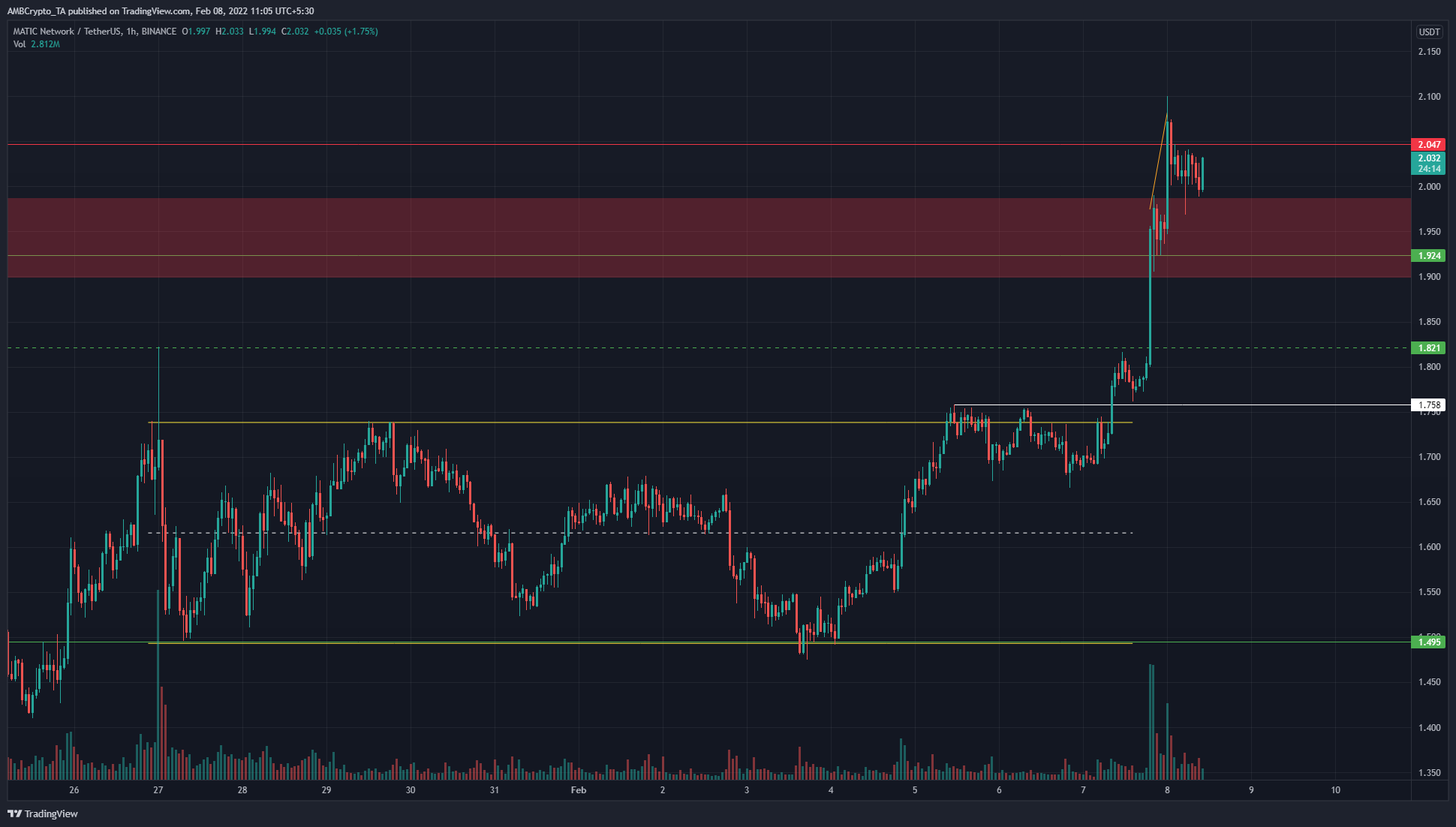 Over the past couple of weeks, the price appeared to form a range (yellow) between $1.495 and $1.75. In the past few days, the price tried twice to break past the range highs. In doing so, MATIC laid a marker at the $1.758 level- the break of this level followed by its retest as support indicated a successful bullish breakout for MATIC.

Since then, the price has rocketed to the $2 level of round-number resistance. In the past month, the $1.9-$2.05 area has acted as support before it was flipped to resistance when Bitcoin fell below the $39k level. Recent days have seen a bullish Bitcoin, although it now faces resistance at the $46k area.

It was a strong bullish development for MATIC as it climbed above the $1.92 level. In the coming hours/days, a retest of this area as support appeared to be a buying opportunity. There was also some support at the $1.84 level.

However, while Bitcoin has had strong demand in recent days, it was also possible that it could dip back to the $42k area or even $39k area in search of buyers. This could see a large pullback on altcoins. 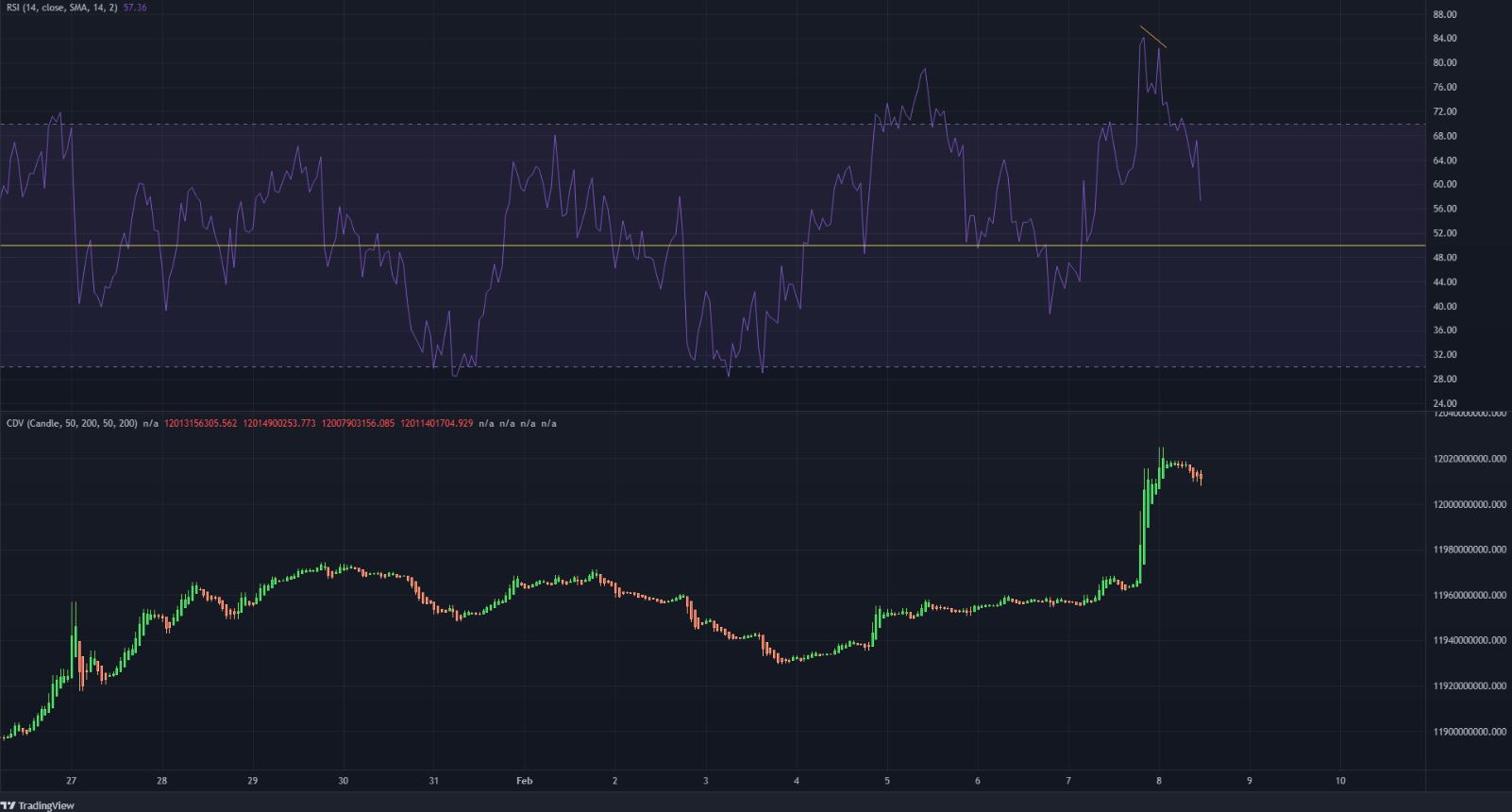 The RSI formed a bearish divergence on the hourly with the price at $2.07 and MATIC has seen some selling pressure in the hours since. The RSI continued to remain above neutral 50, while the market structure also remained bullish.

A session close back below $1.75 would break this structure. This could be an unlikely outcome- the CDV showed strong buying volume in the past couple of days.

The demand behind MATIC’s recent rise indicated that, so long as MATIC can stay above $1.75, it would have a chance of breaking above the $2.05 resistance. Bitcoin was bullish but it was unclear whether bulls can force further gains, or whether considerable profit taking can push BTC back to the $42k or $39k areas.

India: Will crypto volumes ‘drop off the cliff’ after the 1% TDS proposal