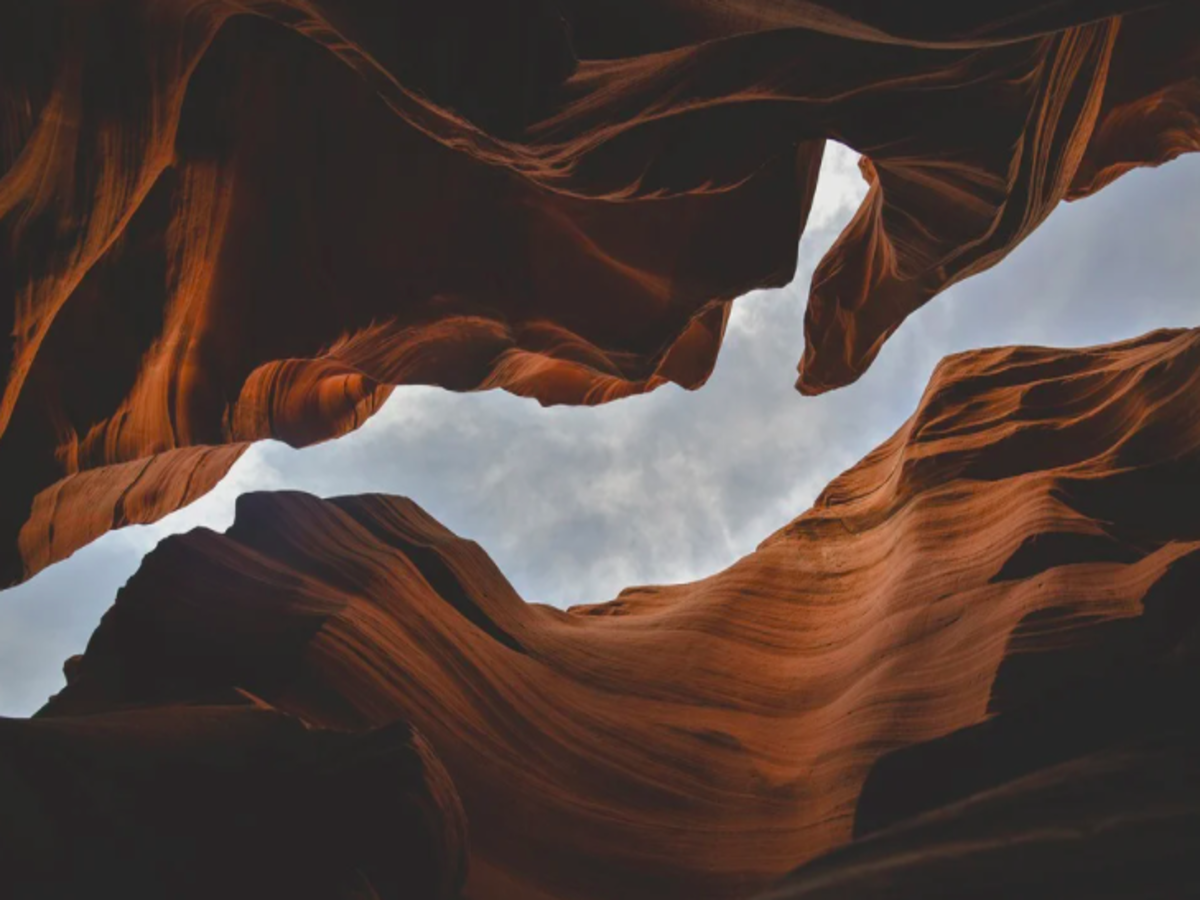 The metaverse, or the hyptonized digital iteration of the universe in which we live, is the latest hype that has engulfed the crypto space. With Facebook being one of the latest high profile platforms to jump onto the bandwagon, many consider the metaverse to be the successor of the social-media era.

In the metaverse, users usually interact with a system-generated environment. And over there, buying land pieces is evidently the hottest discussion topic.

Just a day back it was reported that a digital land plot on play-to-earn gaming platform Axie Infinity was sold for approximately $2.3 million. The purchased land would apparently be used to host special content like Chimera Bosses and Raids.

Well, Decentraland was quick to follow in Axie’s footsteps. It also recently ended up selling a plot of virtual real estate to Metaverse Group for $2.43 million. As a matter of fact, the aforementioned value is more than 2x of its own previous record of $913k.

As per the official statement, the company would use the virtual land to foster “fashion shows” and “commerce” within the exploding “digital fashion industry.”

Well, even though there is scope for fashion in the metaverse to bloom, it shouldn’t be forgotten that it is a relatively uncharted territory. Thus, only time can tell if it will be able to live up to expectations.

Until recently, MANA, the native crypto of Decentraland, was busy enjoying the attention and traction that its network was garnering. However, the token has stopped rallying of late, owing to the broader market dip.

On 25 November, MANA attained a new peak around the $6 mark. Post that, nevertheless, it embarked on its south-bound journey and was seen hovering around the $4.5 mark at the time of this analysis. 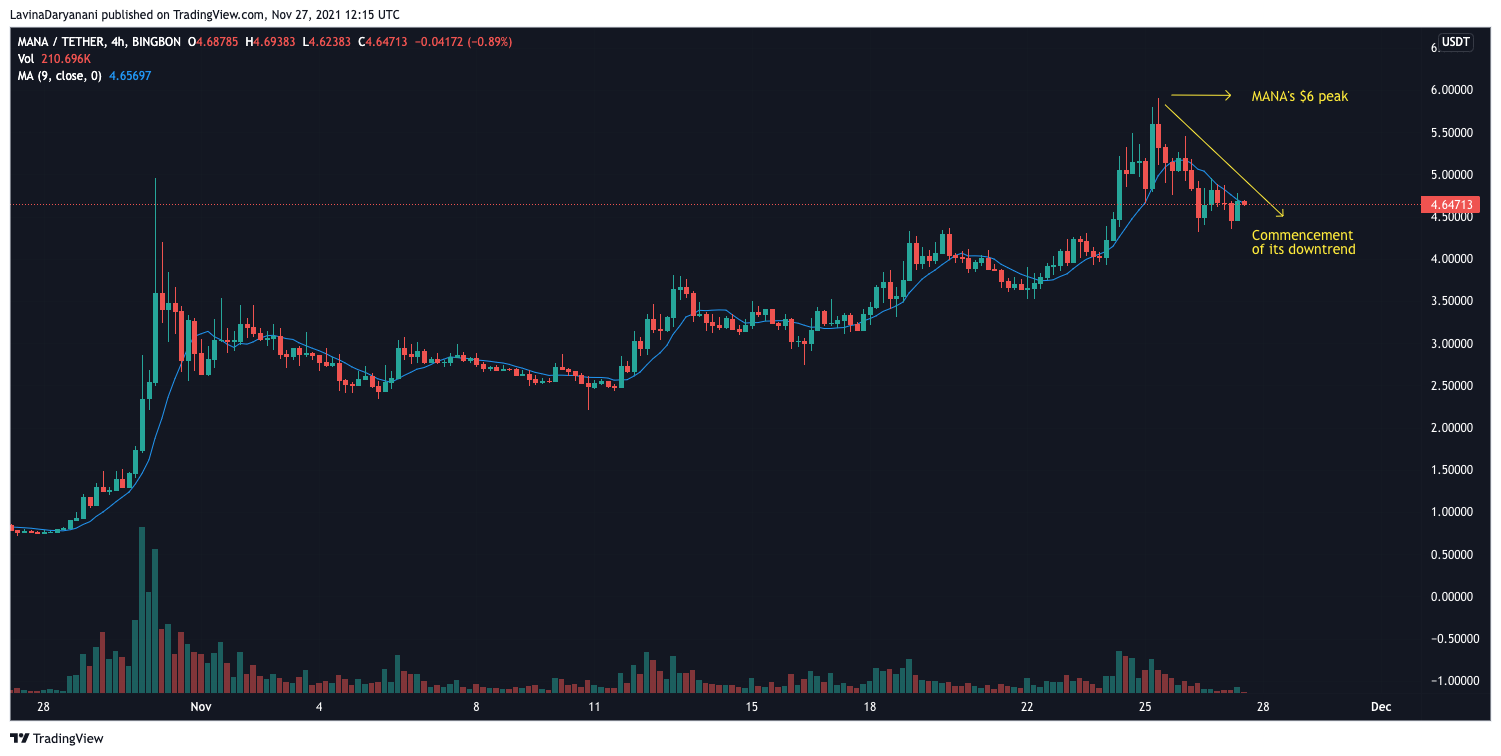 At this stage, several analysts, including Amsterdam-based Michaël van de Poppe, have started warning investors about a potential sluggish phase. In his recent analysis video he asserted,

“… if you are in one of those projects, I think the point has come to actually take profits, especially when it comes to MANA (and SAND). Those have been running heavily.”

“You have to take profits before a heavy correction started to take place because at this point the downwards momentum might be heavier than the upwards momentum.”

Well, looks like Poppe is indeed on point because the state of most of the metrics also seemed to support his downtrend narrative.

Consider this – The network activity has started deteriorating already. The number of active addresses, for instance, have dipped by more than one-third in the three day period from 24 to 27 November.

Further, the sell-side bias has also started taking a concrete shape. Just a few hours back, a spike was noted in the deposit transactions chart. This indicator brings to light all the incoming and outgoing transactions involving token deposits daily.

Upticks on the chart usually indicate that HODLers have started abandoning their tokens. Thus, its current state, doesn’t foster the price uptrend narrative.

Furthermore, Santiment’s chart highlighted that the dormant coins have also started moving, implying that the accumulation phase for MANA has already started fading away.

So, before MANA’s value ends up dunking further, market participants can consider exiting the market.

Looking beyond the short term

Well, people who earnestly believe that metaverse is the future and can keep their funds locked in for a fairly longer duration can continue to stay in the market. Why?

One, because the network’s development activity is increasing at a good pace and there’s some sort of surety about its future prospects. And two, the metaverse and gaming technology are currently in their early days, and at this point, there are tremendous growth-prospects lined up.

In effect, the underlying tokens’ values, including that of MANA, might just explode in the years to come.

Industry leaders upbeat about crypto in India, want to stay ahead in the game