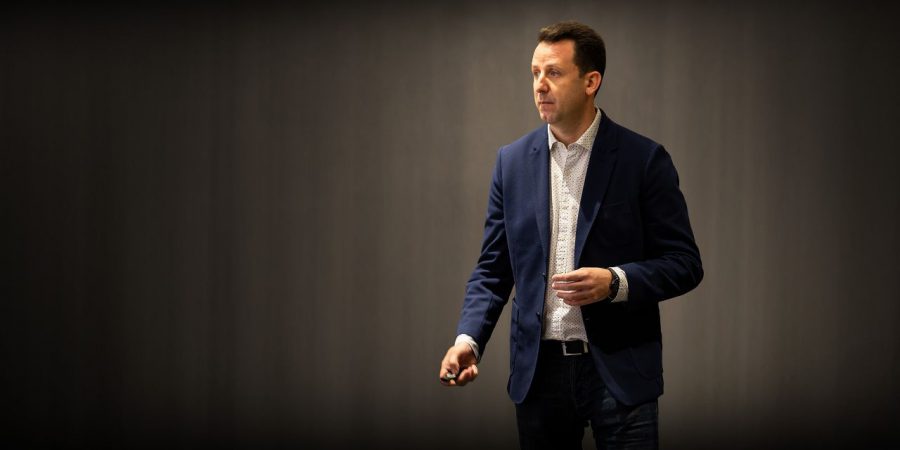 Today, more than 10 years after its creation, the blockchain technology is unprepared to meet the modern networks and their load. As more and more people talk about its worldwide adoption, it is evident that the technology still has to go a long way in its development before that becomes possible.

Norbert Goffa is the co-founder and Executive Manager of the ILCoin Blockchain Project. Together with his team, they are working on the most pressing problems of the industry – such as 51% attacks and scalability issues – to offer breakthrough solutions no one in the market has been able to develop for quite a long time. C2P, an award-winning quantum-resistant consensus, was released at the beginning of 2019. Now the developers are working on its new RIFT protocol designed to solve the scalability problem.

In this interview, Norbert tells Ambcrypto about ILCoin’s technologies and the problems that we all still have to face before blockchain can be fully adopted in the crypto world – and outside it.

What is ILCoin and how is it revolutionizing blockchain?

Our development team has completely reconsidered the principles of blockchain technology that most of us have had in mind. Yes, we regard the technological approach that Satoshi Nakamoto established as our starting point, the foundation for our project. And we do believe that Bitcoin is excellent in its way. However, we also recognize that it lacks the ability to solve several pressing problems. This is why we decided to come up with a remastered blockchain technology in 2019 that no other player on the market is currently in possession of.

We are doing our best to design, develop and release out-of-the-box solutions to the very problems that have been affecting the whole industry for years. With the C2P consensus, our team eliminated the threat of 51% attacks on our network, and our most recent work-in-progress, RIFT, will make it possible to considerable upscale ILCoin’s network without loss in efficiency.

Why is scalability one of the biggest problems the blockchain technology is facing today?

Until we deal with this issue, we won’t be able to move on from the limited TX operation. Besides that, scalability problem has contributed to the emergence of different off-chain approaches. Moving information off-chain, however, brings up another question: the question of security/safety.

Blockchain can be utilized in many different ways. The only question is how pronounced the role of this technology will be in that certain process. Many projects that have tried to resolve the problem of scalability have failed miserably. I believe the reason for that is that if you want to find a solution, we must comprehensively solve all the problems of the technology: the network’s limitation, block size, synchronization all necessitate efficient solutions.

Is scalability a bigger issue than security? And if yes – why?

Many projects today choose efficiency at the expense of security. Luckily, we are in a fortunate position where we do not need to opt for this way.

How is ILCoin going to resolve the scalability problem, and why do you think other companies haven’t thought of this solution before?

I would like to start by answering the second part of the question. Other companies tend to approach the question from the wrong direction. Most offer theoretical or just partial solutions. For us, it was the starting point that was different; it’s all about how we interpret the idea of blockchain.

This competition, for us, has never been about how many TXs we can push through the system nor about finding the “cheapest” solution. Not by accident do we use a PoW system and chose to synchronize the way RIFT does; our developers have thoroughly and carefully planned each and every step.

In the past couple of years, the blockchain market has been moving in the wrong direction. The vast majority of it consists of projects that are not at all safe nor stable. In particular, there is a popular trend to prioritize short-term profits over anything else. Perhaps the biggest advantage we possess is the fact that we do not aspire to win a “popularity contest”, but rather a technological one. Needless to say, our solution does not follow the current trends; maybe that is why it works.

What is RIFT and, in a nutshell, how is it going to solve scalability issues?

RIFT protocol is the newest development by ILCoin designed to solve the scalability problem and increase the stable block size. We are using unique two-tier blockchain architecture. On the 1st level, we have normal blocks, while on the second one there are mini-blocks – which, in turn, contain transactions. Normal blocks and mini blocks are connected by references, and mini-blocks are also interconnected by a strong bond that cannot be broken. In a way, it is similar to how DNA works. Normal blocks and mini-Blocks synchronize apart from one another, which makes it possible to sync large amounts of data without having to deal with the bottleneck issue.

All the above allows us to expand our network to the unprecedented scale and store even large files on-chain. During the last weeks, we have been refining RIFT and performing extensive testing. According to the recent tests, with RIFT, a 5 Gb stable block will become a reality – right after the protocol’s release that is planned for the second part of November.

What sets RIFT apart from other blockchain protocols?

I am not exactly sure what I could be comparing it to. As far as I know, there isn’t a single similar on-chain solution currently on the market, and it would be difficult to compare it to any off-chain counterparts. You could obviously analyze the question from a perspective of which one is more efficient, but, in that case, we would not be talking specifically about RIFT.

Off-chain is not safe, and on-chain has increased costs along with the demand for more background support. So, what is the best decision? Most projects have been choosing an off-chain approach. Without a doubt, off-chain solutions have their own advantages. However, when it comes to their shortcomings, we should not forget about the fact that, in every case, the data will essentially get off-chain, out of the blockchain.

Coming back to your questions.. RIFT is very different from other protocols. We have a unique approach, a unique architecture. We have found a solution to the problems blockchain developers have been struggling with for years. Noone has managed to achieve this so far.

How did you come up with the idea of a two-tiered/two-layer blockchain?

We would rather keep it a secret for now, but we might reveal it one day. Briefly, data should not be handled the way blocks are interconnected in most systems. As for our solution, there is a unique approach between blocks and mini-blocks that cannot be found anywhere else.

This is also a great indication of the excellence of the ILCoin Development team. Without being biased, it is safe to say that the ILCoin Development team is firmly in the lead in 2019. It does not mean that we are the only innovative player of the market, however, what it does mean is that no one else could come close to the performance of those two incredible pieces of technology that we have created, namely: C2P and RIFT.

You’ve resolved security with C2P and scalability with RIFT, are there still other blockchain problems? How do you plan to solve them?

The most challenging problem is yet to be solved! How is it possible to store data on-chain cost-effectively? Well, luckily, we have already got a solution to this. The best part about our story is that every new technology is supported by our previous developments. With the help of cryptocurrencies, it will be very easy to express the real market value of our technology.

The one who will be the first to provide a solution to the problem associated with economical on-chain data storage will win the blockchain market competition.

Obviously, countless other challenges need to be faced in the field of smart contracts and DApps, too. This is also a territory where we aim to be at the forefront. We always put customers first, therefore all of our solutions are based on the idea to make sure that our existing and future partners can use the ILCoin Blockchain system in the most effective way possible.

After C2P and RIFT, what’s next for ILCoin?

The platform that we are currently working on is called DCB. This is a decentralized cloud-based on-chain platform for storing data. Its main objective is to deliver user-friendly and secure services to our customers. Blockchain-based data storage without the access of third parties is one of the most outstanding achievements that one can reach the beginning of the 21st century. This obviously necessitates a modern, well thought through blockchain system just like the one of ILCoin, thanks to C2P and RIFT.

We’d like to revolutionize the way we store data. With that said, we are well aware of the challenges that come with it, yet the economic and social justification of this innovation is not even a question for us.

Owing to on-chain smart contracts, the system will not only play a major role in data storage but also in the blockchain-based utilization of business processes. We are convinced that this platform will provide us with an advantage in today’s competition and help ILCoin to become way more than simply an alternative to Bitcoin. With DCB, we will be the example that everyone in the market will aim to follow – in the same way many projects are following in Satoshi Nakamoto’s steps now.