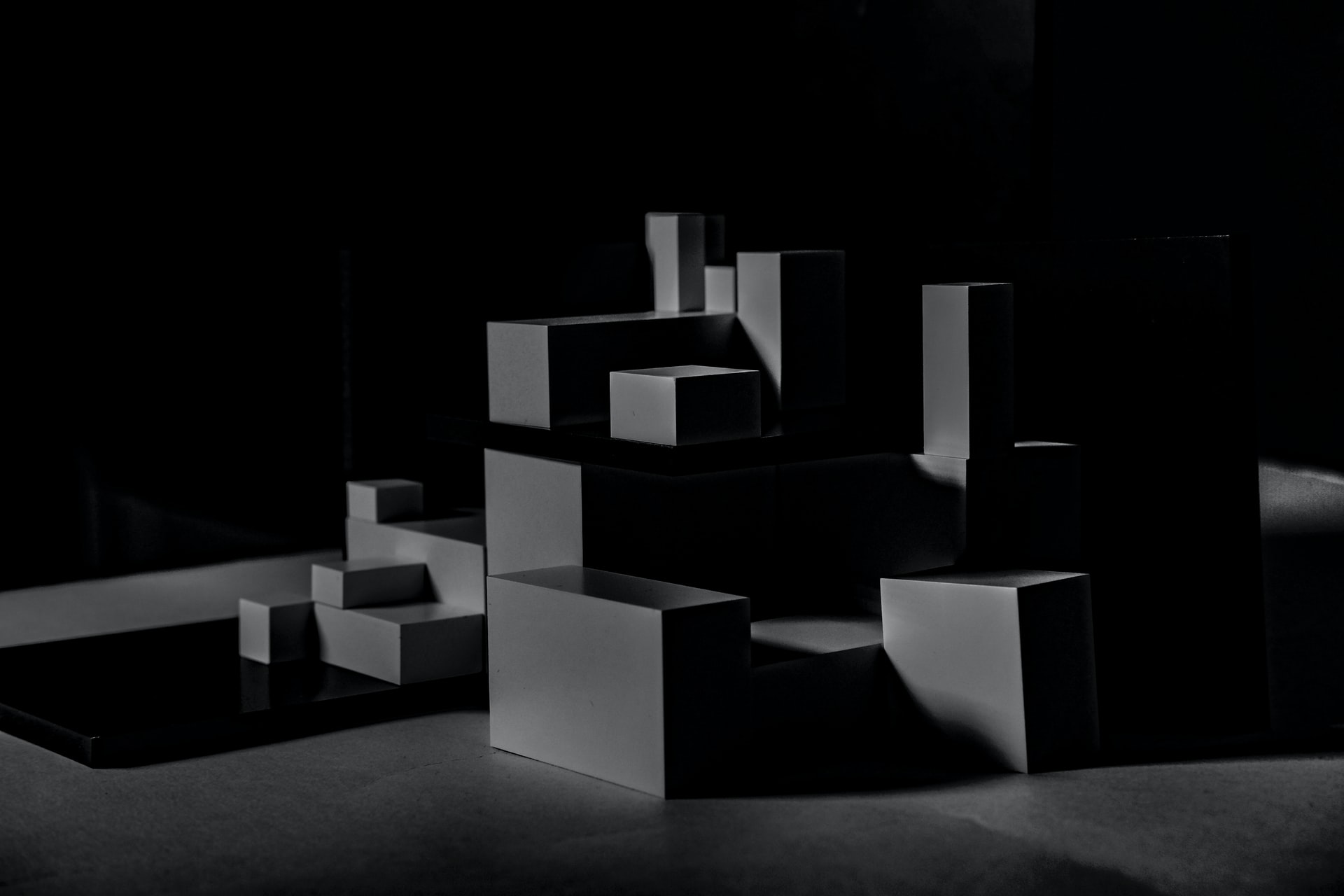 The sector of decentralized derivatives is being proven by the market to be the next rational and promising evolution in DeFi. Decentralized derivatives protocols that include dYdX, Perpetual, BetaFinance, and others have received investments from renowned institutional investors like A16z, Three Arrows Capital, Alameda, etc., and have been performing well in the market.

For example, the transaction volume of dYdX within the past 24 has reached, far exceeding the decentralized spot trading DEXs represented by Uniswap and Sushiswap. According to the corresponding statistics, dYdX potentially can profit more than tens of millions of dollars from transaction fees every month.

Obviously, the crypto world believes that decentralized derivatives will become another market with new leaders after Meme, NFT, and GameFi.

We are looking for projects with unique propositions in the decentralized derivatives market.

Today we see OpenLeverage Protocol, a new and refreshing protocol with huge potential.

OpenLeverage is a permissionless margin trading protocol with aggregated DEX Liquidity, enabling traders to be long or short any trading pair on DEXs efficiently and securely.

Unlike dYdX and Perpetual, which focus on futures derivatives agreements, the core of OpenLeverage is leveraged margin trading. Users choose to long or short on OpenLeverage.

The OpenLeverage protocol lends the corresponding currency in the lending pool according to the user’s choice and makes buy and sell transactions on Uniswap.

From the user’s perspective, they make long or short transactions on OpenLeverage protocol, but in the actual transaction process, two steps are taken.

The first step is to borrow from the lending pool, and the second step is to trade in DEX.

OpenLeverage does not need to be responsible for every market trading pair, as they utilize the depth of Uniswap, which is a very important trait that differentiates OpenLeverage from other products:

OpenLeverage can support margin trading for thousands of different trading pairs by accessing the depth of Uniswap. This will be a breakthrough in decentralized derivatives products.

For derivatives, the transaction depth determines the level of security of the user’s position.

Take dYdX as an example: besides BTC and ETH trading pairs, other pairs including Filecoin, UMA, and Compound lack depth in the market, and the price spread between buying and selling can often be as high as 0.5%. When the market fluctuates sharply, it is more likely to have a series of liquidation and positions clearance.

However, OpenLeverage uses Uniswap trading pairs’ depth so it is difficult for market makers or market whales to manipulate.

As for Compound, its TVL on Uniswap is $15.72m. For trading, the need of margin trading in most cases can be met, which reduces the risk of being manipulated by the market.

It is not difficult to see that long and short operations on OpenLeverage are essentially different from futures. It is more like a spot leverage, rather than an over-the-counter futures. Every operation corresponds to a real buy or sells transaction on Uniswap.

Instead of analyzing the difference between OpenLeverage and dYdX, it is better to look at the OpenLeverage model and find what are the similarities and differences compared with the traditional futures model.

Previously, we have mentioned that OpenLeverage relies on Uniswap and more future DEX depth. The advantage of this model is that the agreement does not need to focus on increasing the depth of margin trading due to its difficulty.

Even with Binance contracts, which possibly have the largest number of user engagements, there are still many trading pairs that are stuck with insufficient depth, which leads to difficulty in trading.

On the contrary, OpenLeverage only need to realize the internal TVL of the transaction pair, meaning that it can use and rely on the current depth of DEX to realize a large number of transactions on the protocol.

In the past year, there have been tremendous farms and billions of dollars rushed into them that have long proved the difficulty of staking depth is far lower than the difficulty of establishing the depth of contract orders.

This new model has new advantages for the different roles of a mature derivatives trading market—the subject of the transaction (a project party), the derivatives trader, the liquidity provider, and the protocol itself.

For example, derivatives traders have obtained a higher depth market, and the risk of short-term volatility is reduced to a minimum.

For liquidity providers, what they value is APY between different farms.

As a group that aims to seek most profits, the OpenLeverage protocol brings in addition to APY, an interest bonus model, and a portion of the interest will increase along with the higher utilization rate of funds in the trading pool, allowing liquidity providers who pursue lower risks and higher returns to obtain the greatest benefits.

Most projects do not have the opportunity to enter the world of derivatives such as leverage, futures, options, etc.

The significance of OpenLeverage to these projects is no less than Uniswap – Uniswap lets more projects have trading liquidity even if project tokens are not listed on either Binance or Coinbase.

OpenLeverage allows more projects to achieve margin trading even if they are not listed on Binance or Bitmex. Just as liquidity will be added to Uniswap, in the future there will be hundreds of project parties at the early stages of creation that can include margin trading pairs and liquidity in the OpenLeverage pool.

Why are we optimistic about the new model from OpenLeverage?

The crypto world has many attractive ideas, such as the AMM mechanism brought by Uniswap, the transaction mining model brought by Compound, Metaverse, NFT, and GameFi. These ideas can often drive the development of a new market.

In fact, after dYdX and Perpetual’s great market performance, people are increasingly having higher expectations for the derivatives DEX. The OpenLeverage model has also become a model that interests investors.

Why are we optimistic about it?

First and foremost, this model was designed to increase the size of the cake.

As mentioned earlier, before OpenLeverage, trading pairs of derivatives were very limited. The derivatives trading pairs we see on Bitmex, dYdX, Binance, and Bybit are often the same – BTC/USDT, ETH/USDT, or UNI/USDT, with the only differences in depth, spreads, and handling fees.

This creates a gap between spot traders and derivatives traders. Take SHIB as an example:

On Uniswap, SHIB has had many sky-high trading volumes, but it was not until Shib was launched on Binance that SHIB-based pairs began to appear for margin trading.

This situation is not uncommon in the crypto world, be it the MEME, GameFi, Metaverse, or the public chain ecological projects like Polkadot, Solana, and Avalanche. Many projects having huge communities can only create transactions for the spot market, and it is difficult for them to enter the world of derivatives.

The difficulties to participate in the derivatives market with hot spot market projects becomes a thing of the past.

Secondly, the OpenLeverage model is almost destined to receive supports from a large number of DEXs.

Futures agreements and option agreements are generally regarded as supplements and competing products with the spot market. On dYdX, a 10,000 U.S. dollars 5 times long transaction on UIN/USDC will be recorded on transaction orders and match with other orders.

But this order is just an over-the-counter betting agreement, and there is no actual buying transaction of $50,000 USD/UNI in any spot market.

But the underlying logic of OpenLeverage is not over-the-counter betting, instead of a real transaction of an order made on DEX. The same $10,000 worth 5 times long of UNI/USDC.

OpenLeverage needs, in this trading pair pool, to borrow 40,000 US dollars from the liquidity provider, and a total of 50,000 US dollars is spent on Uniswap to buy UNI, by which brings Uniswap 150 in transaction fees.

When OpenLeverage reaches the volume of dYdX, a daily volume of $2,657,589,117, the daily transaction fee will be as high as 10 million USD.

The OpenLeverage model is the opposite of the dYdX model of betting agreement. The betting model has become DEX’s competitive product, while OpenLeverage’s model could bring huge transaction fee income to DEX including Uniswap.

Uniswap has good reasons to endorse OpenLeverage’s model. It is also expected that more DEX and aggregators will be interested in the future, such as Sushiswap and 1inch.

In addition, we have also seen many possibilities on OpenLeverage, such as long and short NFTs, or long or short exchange rates, having high leverage available.

The sector of decentralized derivatives is a market with abundant opportunities. We are constantly studying and pursuing new possibilities. We also believe that this market will play an important role in DeFi 2.0 in the future.