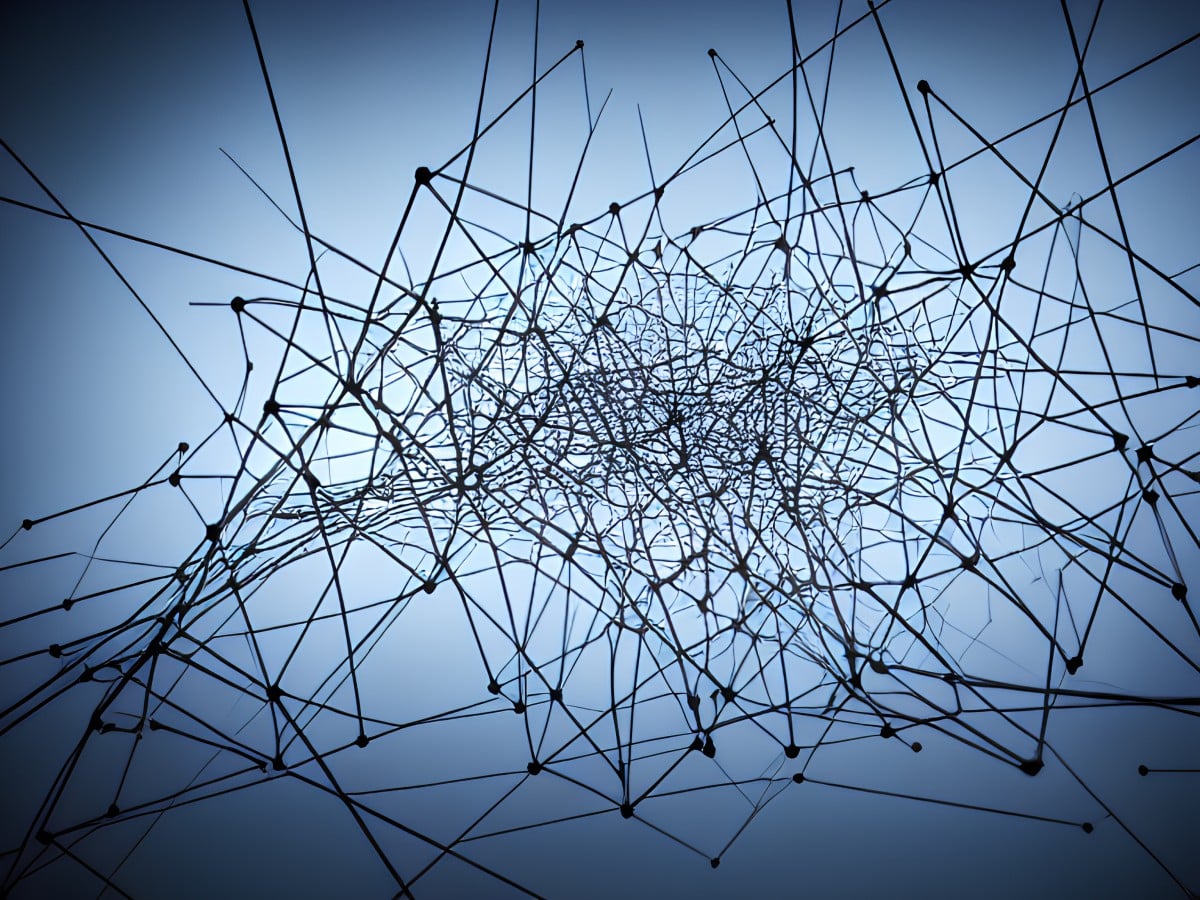 Realistic or not, here’s OP’s market cap in BTC’s terms

In September 2022, Optimism released a series of 18 tasks called “Optimism Quests,” with a deadline set for 17 January 2023. These quests provided guidance for users to navigate through different features on the network, such as swapping, lending, staking, etc. The goal of the quests was to make the user experience in the ecosystem more seamless.

Participation in the program allowed people to mint a commemorative NFT as a representation of their completion of the respective quests.

Upon the launch of the program in September 2022, Optimism experienced an increase in user numbers as the daily transaction count on the network saw a significant spike. 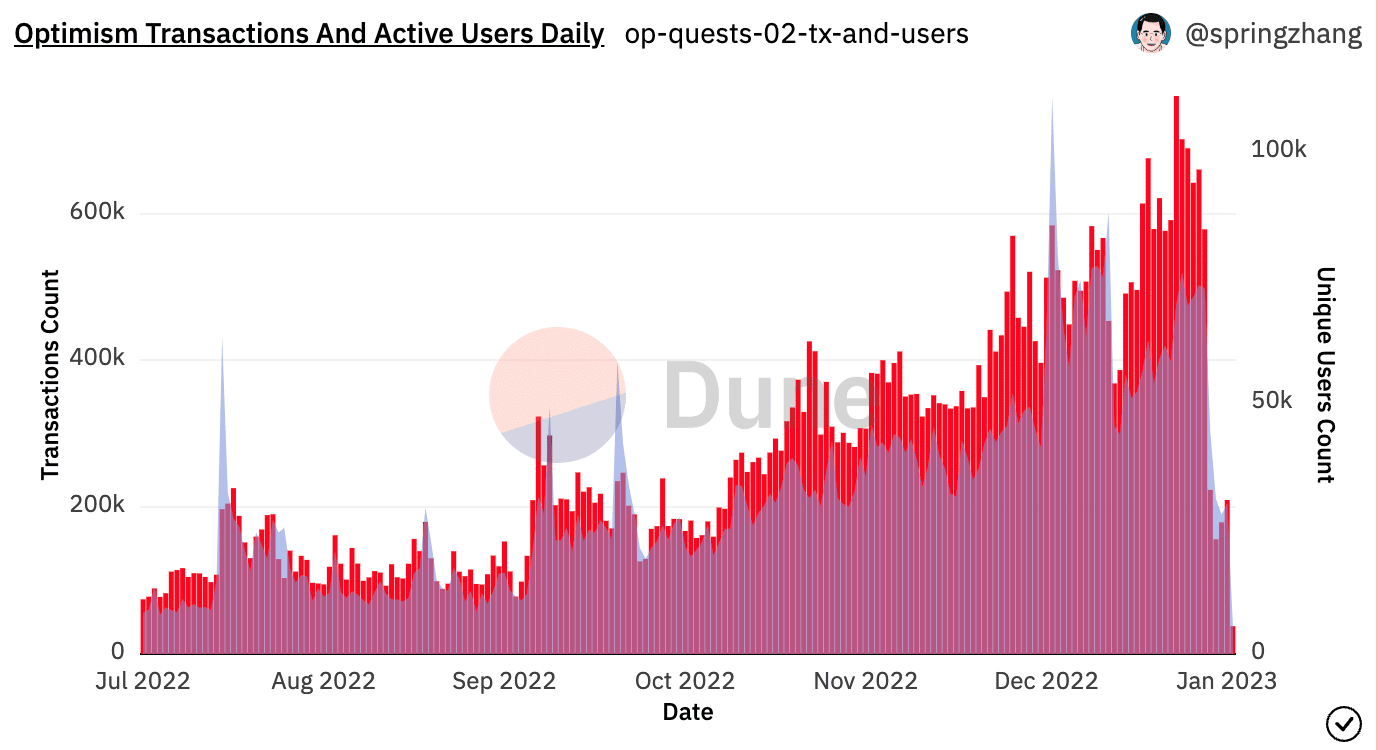 A pseudonymous Twitter user known as Dogetoshi discovered that during the Optimism Quests program, the daily transaction count on Optimism surpassed that of Arbitrum.

Interestingly, although the Optimism Quests program led to an increase in the number of transactions on the network, data from Dune Analytics revealed that the number of new users onboarded onto the layer 2 network from other sources exceeded the count of users brought in by Quests.

Out of the 953,000 new users on Optimism since the launch of Optimism Quests, only 39% of them were brought in by the program. 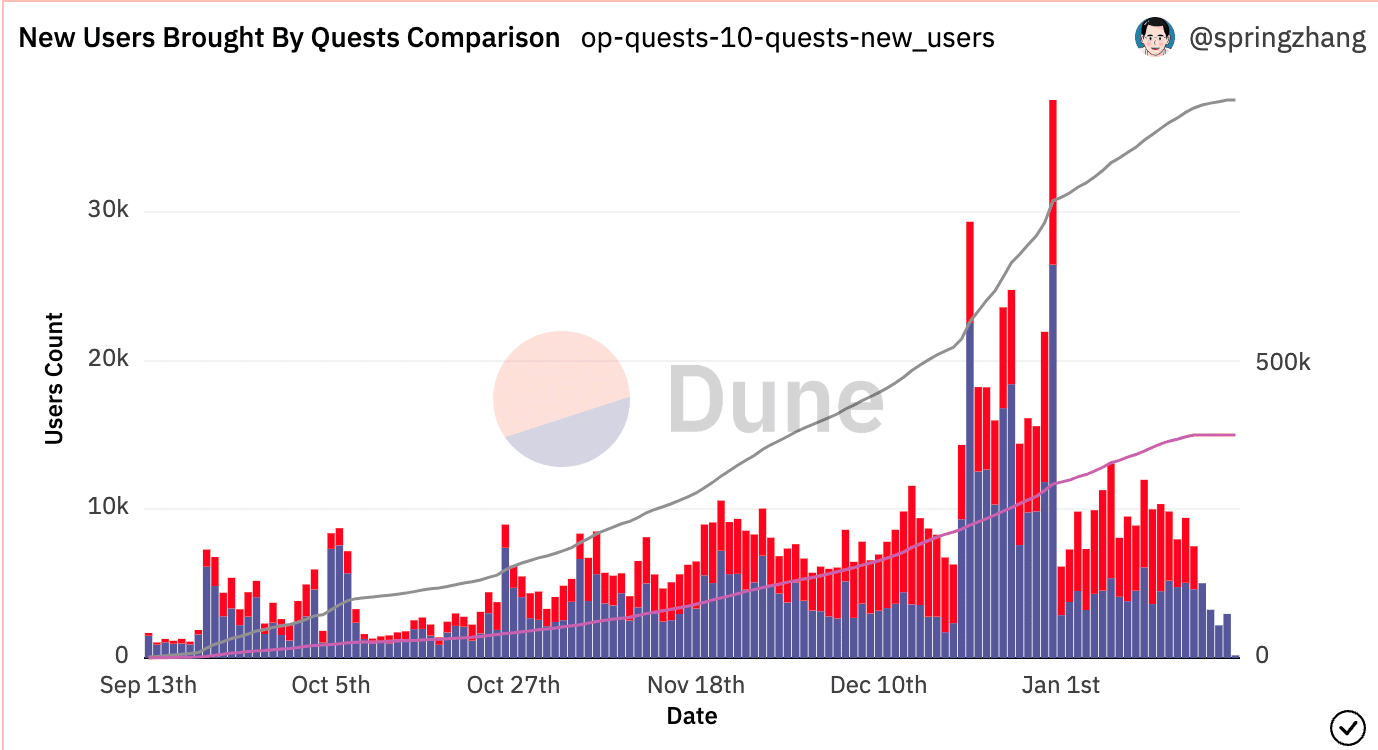 While Optimism’s total value locked (TVL) rallied momentarily for a few weeks after the launch of Optimism Quests, it proceeded on a downward trend on 31 October 2022, data from DefiLlama showed. Since then, it has fallen by 37%. At press time, Optimism’s TVL was $635.68 million.

Since Quests ended on 17 January, daily transactions on the optimistic roll-up platform have plummeted. In fact, since the high recorded on 12 January, the transaction count on the network has dropped by over 65%. 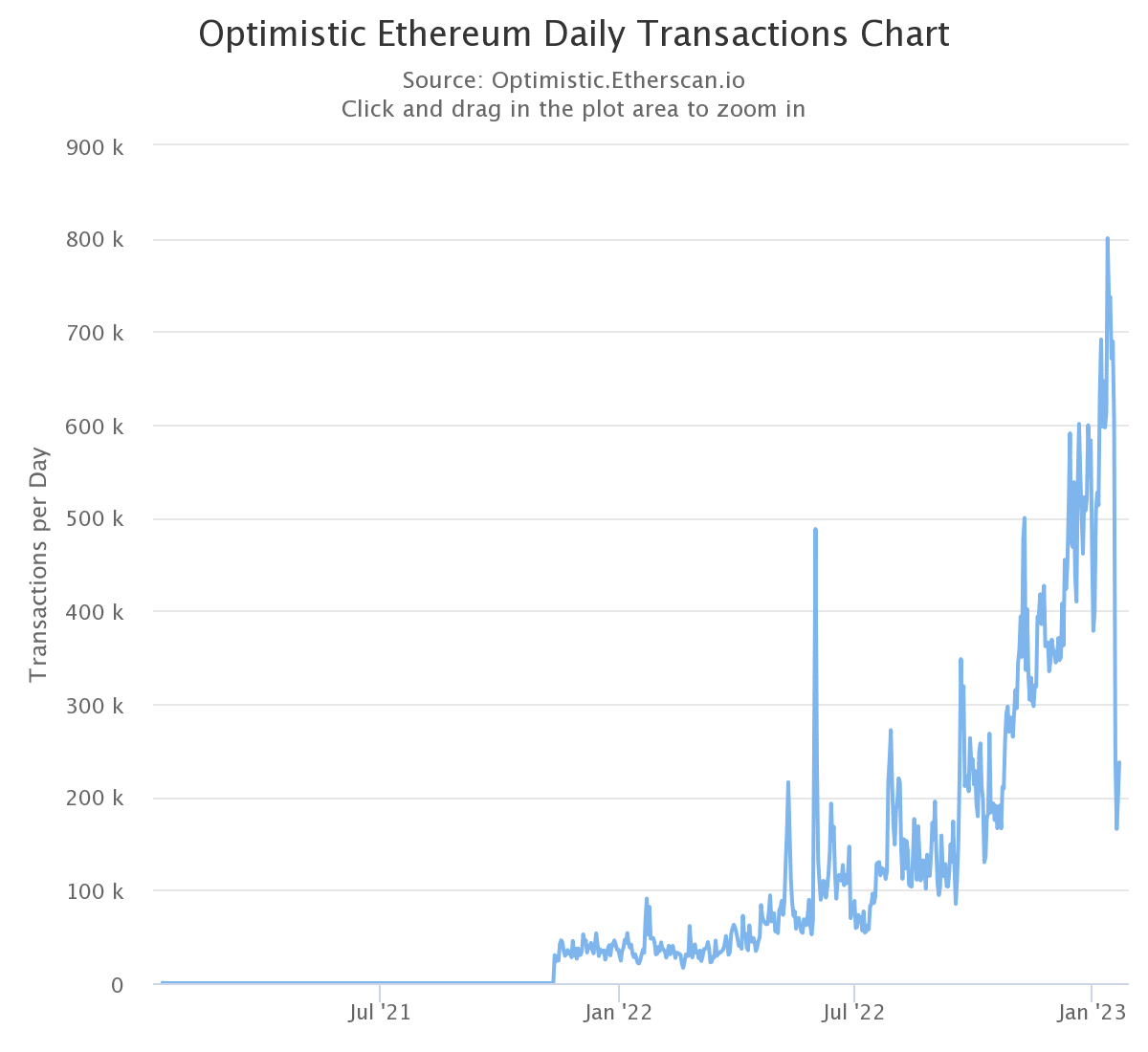 Avalanche receives whales’ love, will it be enough to save AVAX from bears?

Solana [SOL] ranks second by NFT volume, but this might be transitory