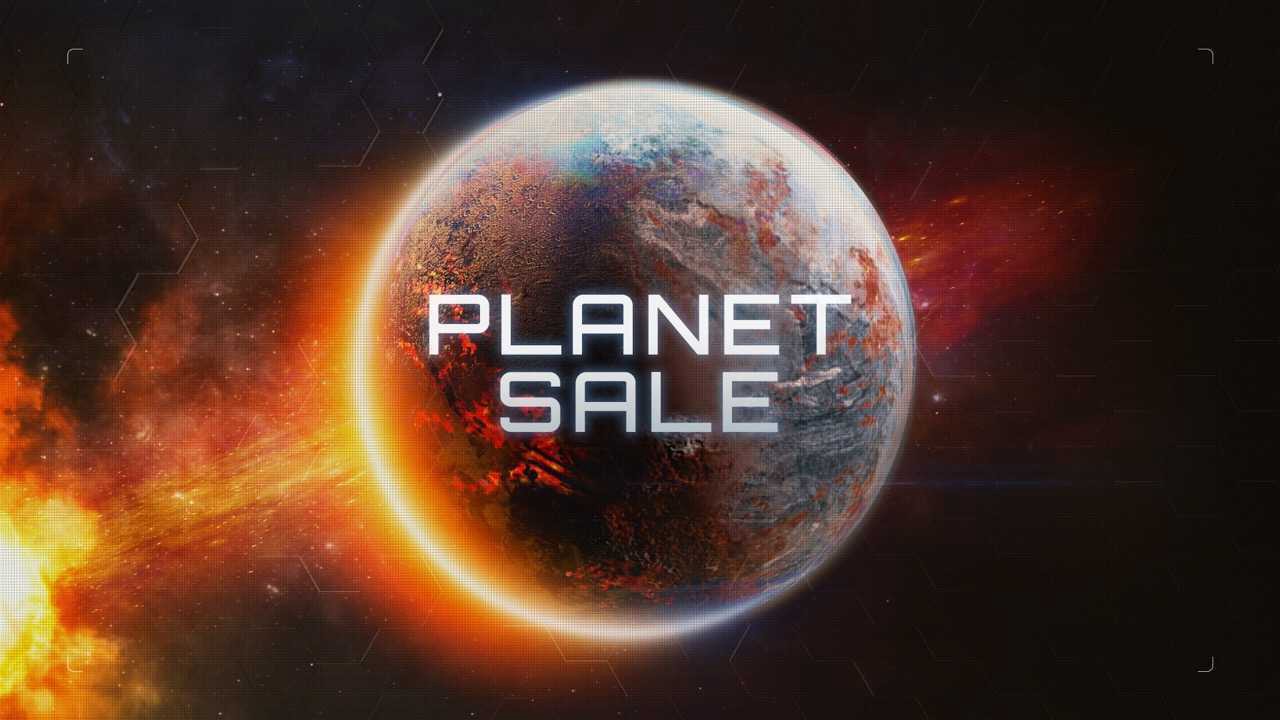 After PlanetQuest came out of stealth at the end of 2021, it has quickly established itself as one of the most anticipated blockchain games of today. This multi-faceted project is being created by established talent from Hollywood and gaming. For this reason, it might be no surprise that the PlanetQuest community has grown to be over 240K strong. PlanetQuest is set to become an expansive multiverse that allows you to travel to a far-flung future where humanity has taken to the stars.

The people of the universe are divided into three factions, where the Universal Council maintains a fragile peace. But even with all of this futuristic technology and storytelling, the most innovative and groundbreaking thing about PlanetQuest is their first-ever Community Planet Sale. In this article, we’ll tell you all about it.

PlanetQuest is built on the principle that the game is created, from the ground up, with the community. For this reason, PlanetQuest’s Discord server (which you can easily join through planetquest.io) is at the center of everything they do. On Discord, the so-called “Explorers” get to receive the latest updates, get access to exclusive content and events and they get to play a role in shaping PlanetQuest’s history.

Every week, community members get to represent the faction of their choosing and vote on a decision that is to be made by the Universe Council. The consequences of these actions and the twists and turns of this story are shared in Discord every single week. The fate of the PlanetQuest universe is quite literally in the hands of the Explorers.

By being active in the community, Explorers also gain access to exclusive NFT rewards. These rewards are gained by collecting points on Discord. These NFTs are all part of an intricate in-game economy, where they serve a purpose for the gameplay as well as for the Play & Earn aspect of the game. The most exciting of these NFTs are, without a doubt, PlanetQuest’s groundbreaking planets.

PlanetQuest pushes the limits of player ownership and NFTs with their Genesis Engine. This program can procedurally generate entire planets that look realistic and beautiful while also following the laws of nature. These planets are produced directly in a user’s browser complete with intricate details like temperature, water, vegetation, polar caps, and much more. Once PlanetQuest gameplay goes live, users will be able to travel down to the surface of their planets and explore them first-hand.

What are PQ Planets?

PQ Planets are 3D rendered planets that are divided into 4 different tiers based on their rarity. These are Common, Rare, Epic, and Legendary. This distinction is based upon 2 principles: the number of moons and/or rings that a planet has and the planet’s Quantum-stability. 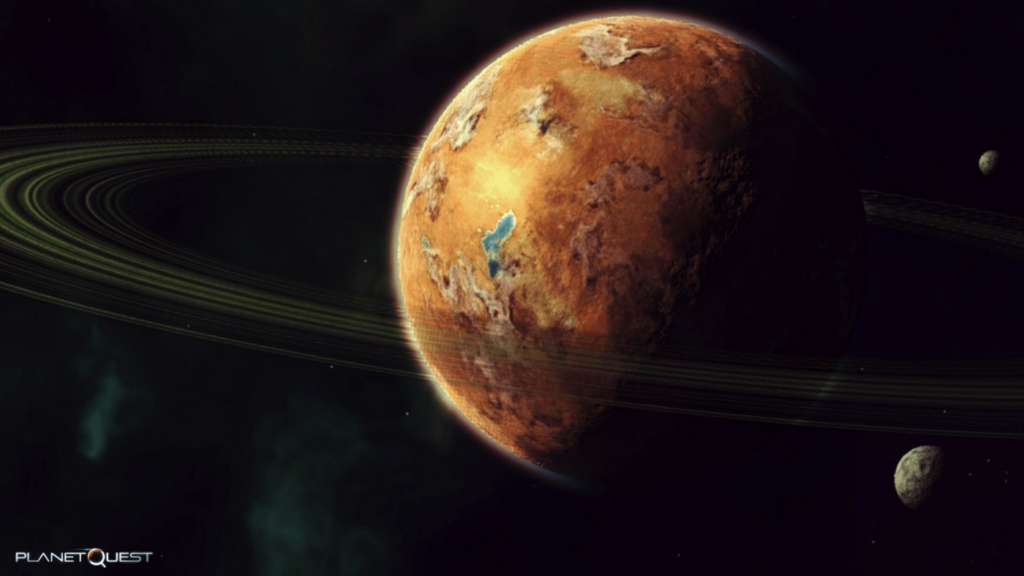 A Legendary Desert Planet (featuring three moons and a ring)

Quantum is the in-game currency of the platform and can be used to power weapons and artifacts and buy armor and equipment. Although Quantum can be found and harvested on every planet, it is refined from its raw form to the $PQX token on a user’s home planet. Planets with a higher tier of Quantum-stability would give better and more refined yields.

Apart from the 4 tiers mentioned above, all planets are divided into 6 different classes: Forest Planets, Desert Planets, Tropical Planets, Volcanic Planets, Strange Planets, and Ice Planets. All classes have their own rules of vegetation, creatures, ecosystems, and artifacts.

How will the sale work?

Of course, you are probably wondering how you can get your hands on these beautiful planets. PlanetQuest has recently launched its very first Planet Sale where they will be offering a limited number of planets. This includes 1800 common planets, 900 rare planets, 300 epic planets, and 30 legendary planets. In order to ensure that the very first planets go to the most valuable members of the PlanetQuest community, the platform chose to put in place a review system.

Using this process, applications will be scrutinized and ranked and those who pass will get to acquire planets in the PlanetQuest universe. This process would be applicable to both individuals and groups. These rankings will be based on an applicant’s motivation and the number of points they have earned through being an active member of the community. All of this ensures that the sale will be sustainable and community-first!

Besides being beautiful pieces of the PlanetQuest universe, the planets generated by the Genesis Engine also play an important role in the in-game economy. The PlanetQuest platform employs a single-token model so that the token can have ample utility in the game while the supply and rewards can also be controlled more tightly. This helps the platform offer a sustainable economy that is fueled by the $PQX tokens that are spent on in-game purchases, royalties from sales, construction of gear, and profits from comics, novels, and cinematic spinoffs of its Multiverse.

By owning a planet, you automatically get to tap into this intricate economy, and you’ll receive part of the revenue generated by the game! For more information, take a look at the PlanetQuest Medium blog, where they spill all the secrets on their innovative economic system.

The PlanetQuest platform focuses on developing a universe that is owned by their community and provides them with an engaging storyline. The Genesis Engine provides beautifully generated and rendered planets that hold a lot of potential once the game goes live.

The ongoing Planet sale gives users a chance to become a part of this universe and take complete ownership of the universe while also getting a share in the value that is generated by them. You certainly do not want to miss out on this exceptional project, so head to their website and become an Explorer yourself!

For more information on PlanetQuest, please check out their official website.

Bitcoin [BTC] manages to see some green on the charts, but here’s the caveat