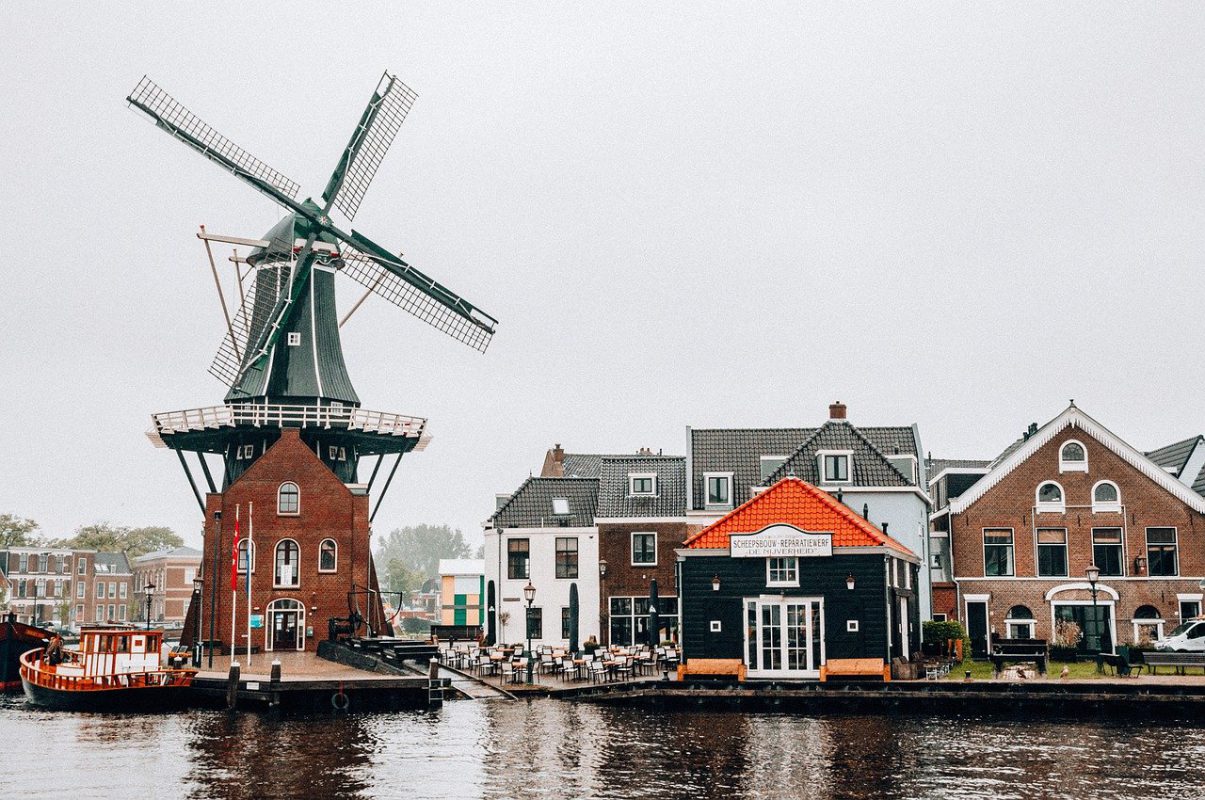 Bitcoin’s dip to $43,800 was pushed up to $45,200 at the time of writing but this slight hike lacked adequate trading volume. So far, another move downward appeared likely for BTC, and the altcoin market is likely to follow. Polkadot, Cosmos, and Algorand all saw a bounce with light trading volume from their respective levels of support- but buyer strength was not yet evident in the markets. 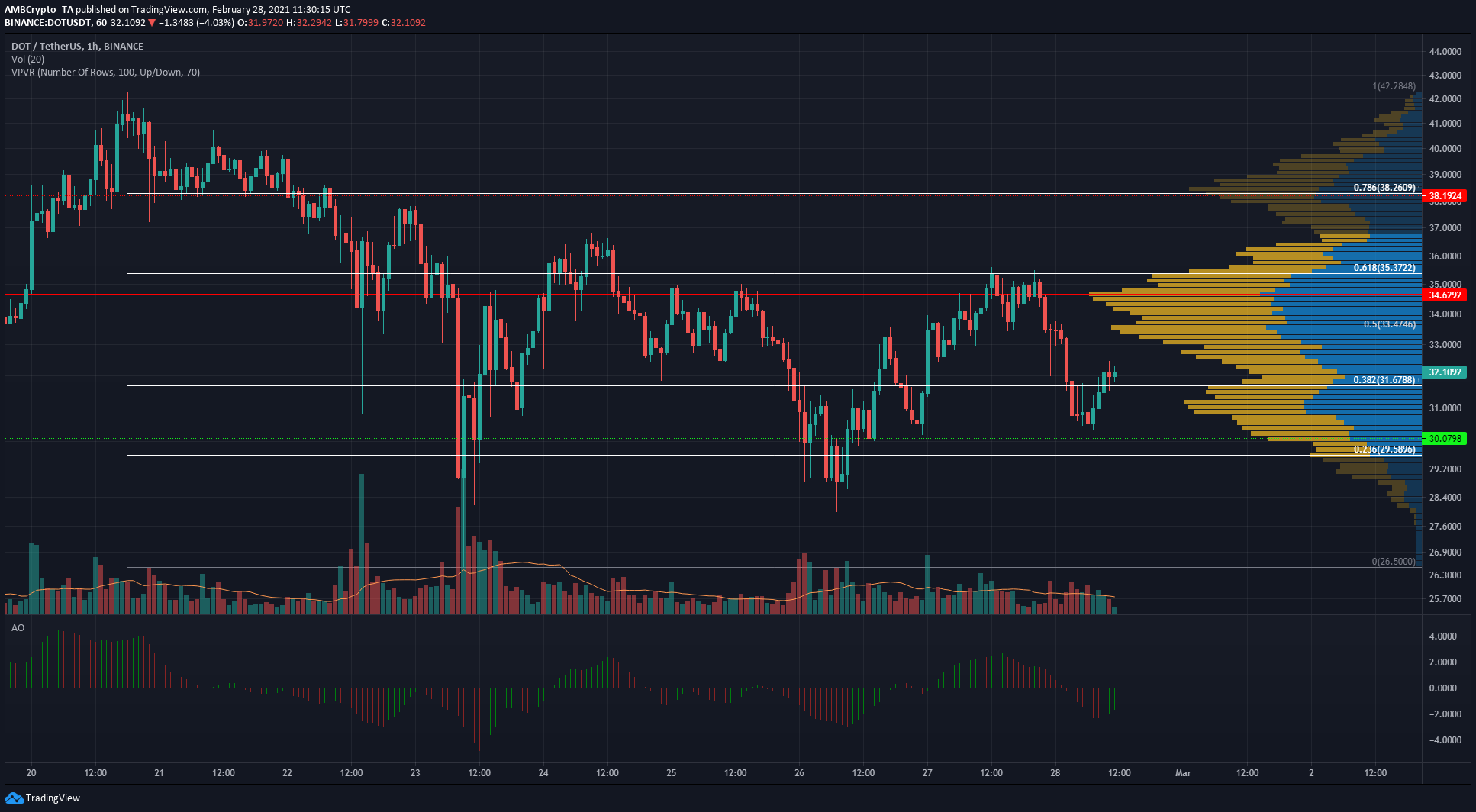 The Visible Range Volume Profile showed that the $30.8 area was likely to act as support, and DOT did see a bounce off the $30 level of support. However, there remains significant resistance in the short-term from $33.4 and $34.62- the 50% retracement level and the Point of Control respectively.

The Awesome Oscillator showed that momentum had been with the bears over the past few hours, and a crossover into the bullish territory in the hourly chart was not yet accomplished. The defense of the $29.2 area is noteworthy, and can be used to set buy orders should DOT see another drop. $33.47 remains a crucial level for both bears and bulls. 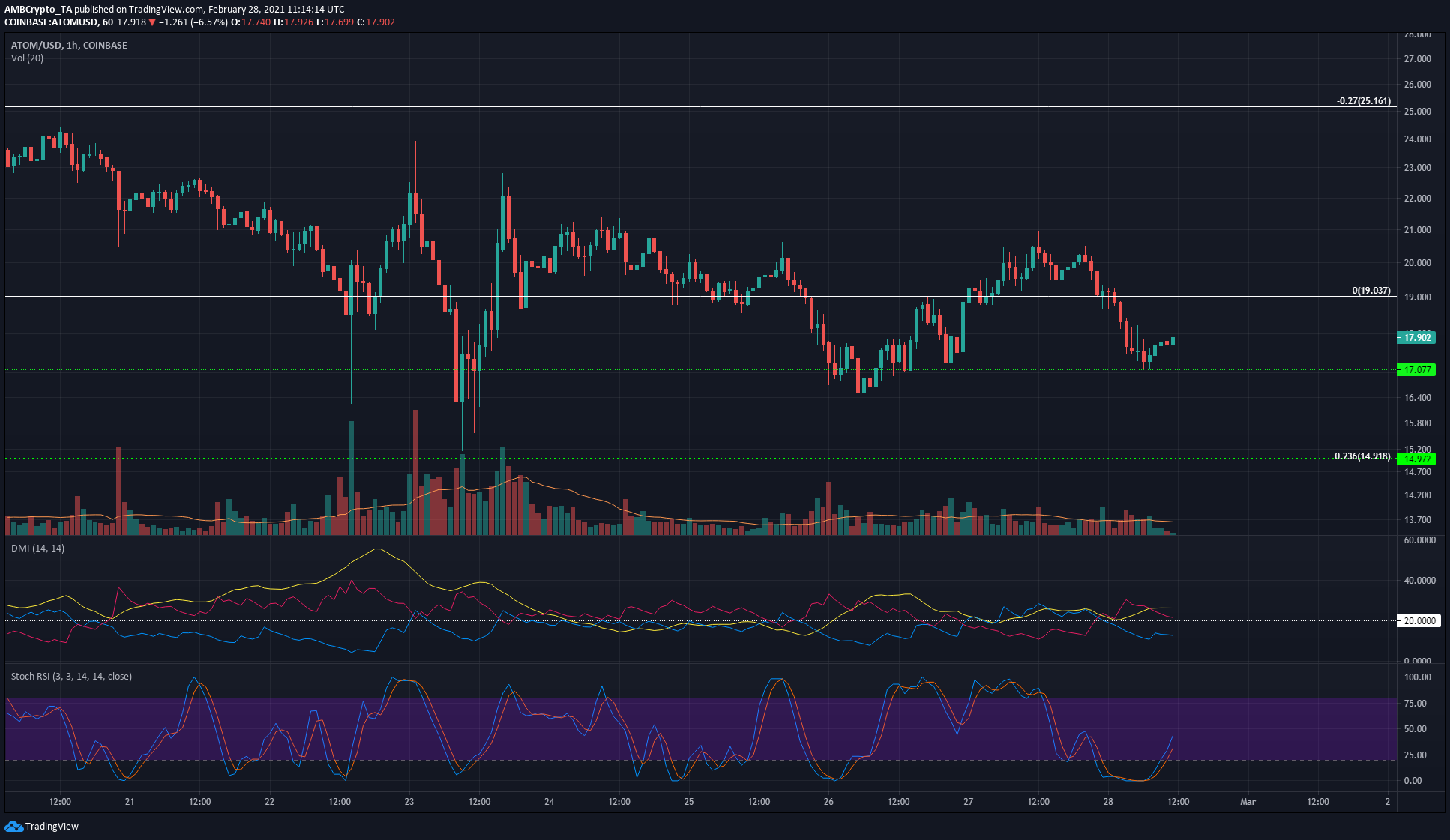 For ATOM, over the past few days, the swing lows have remained unbroken and have been higher than the previous low- but a swing in the price above $20 met with rejection at $20.95.

The $17 level of support lent a platform for the price to stabilize, but no sign of recovery was yet in sight.

The Directional Movement Index showed a strong short-term bearish trend in progress, while the Stochastic RSI recovered from oversold territory over the past few hours. Trading volume was also well below average during the bounce – a sign of a lack of market conviction. 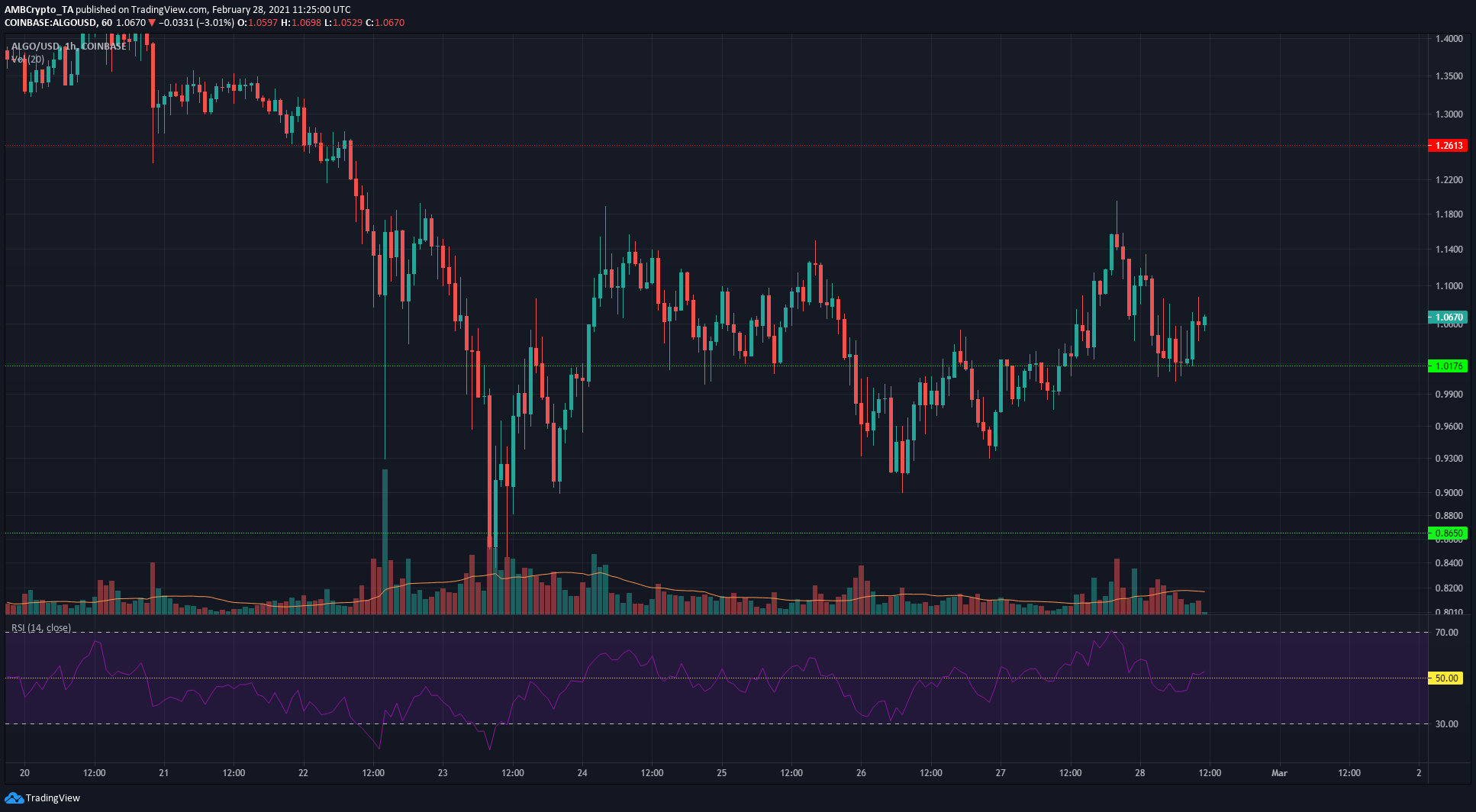 The area from $1.13 to $1.19 is one that has seen sellers step in for ALGO over the past few days. The price has formed a series of higher lows in the same period of time and the RSI also rose back above the neutral 50 line – a possible sign of a reversal in short-term momentum.

Recovery for ALGO can be considered to have begun once the area below $1.2 is flipped to an area of demand.