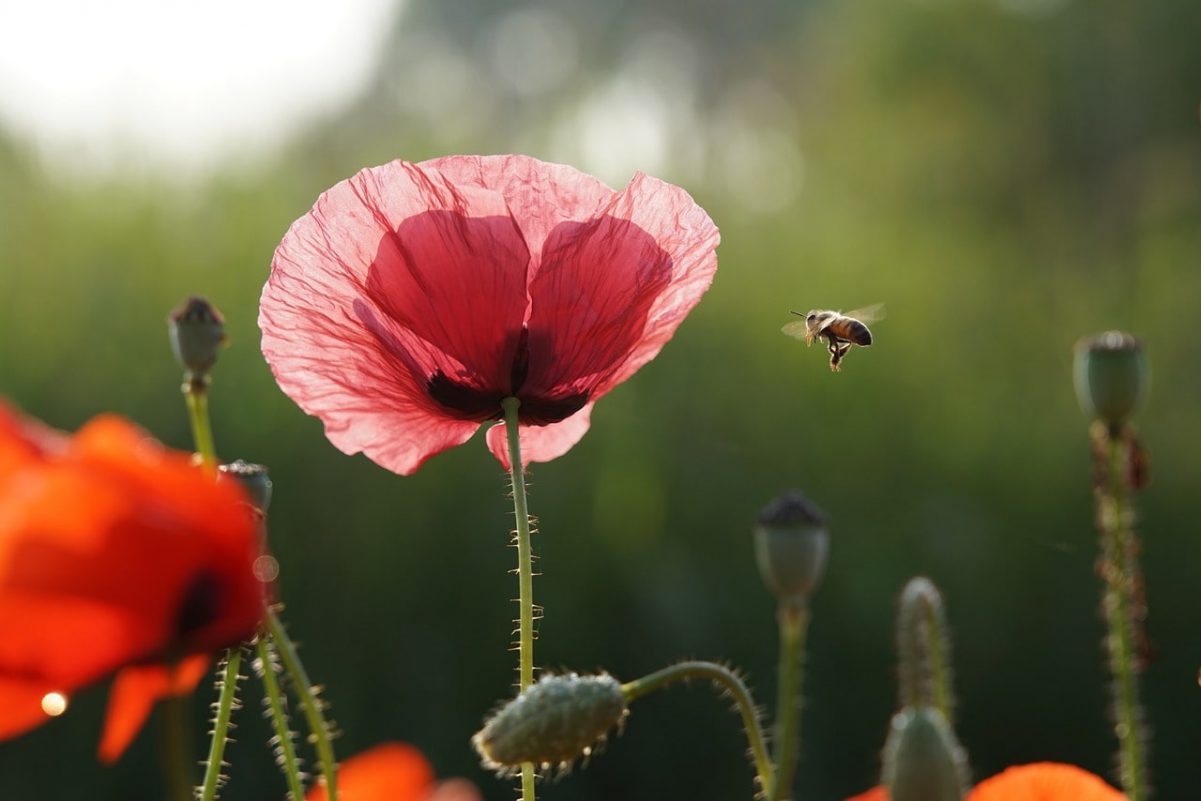 Polkadot traded within a range and showed short-term bearish pressure while Synthetix closed beneath a bearish reversal pattern. VeChain was headed toward the $0.0221 level of support as bearish momentum took hold. 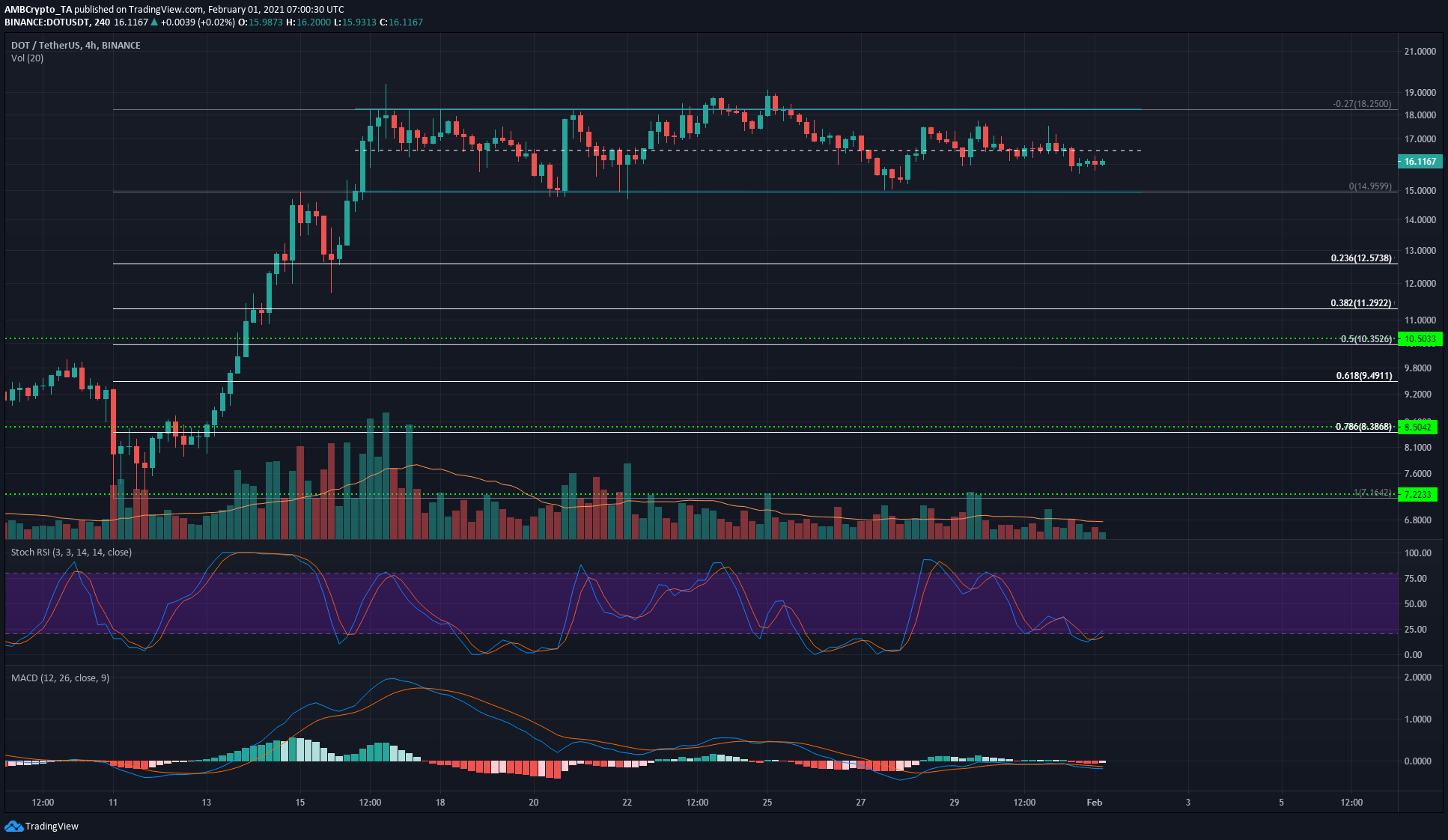 Polkadot continued to trade within the range from $14.95 to $18.25. A brief foray above the range notwithstanding, the momentum for DOT pointed toward more sideways trading and a period of consolidation before its next move.

Till then, the mid-point of the range at $16.5 is the key level- and DOT moving beneath it indicates short-term bearish pressure. The Stochastic RSI was in oversold territory, and the MACD indicated steady momentum southward. 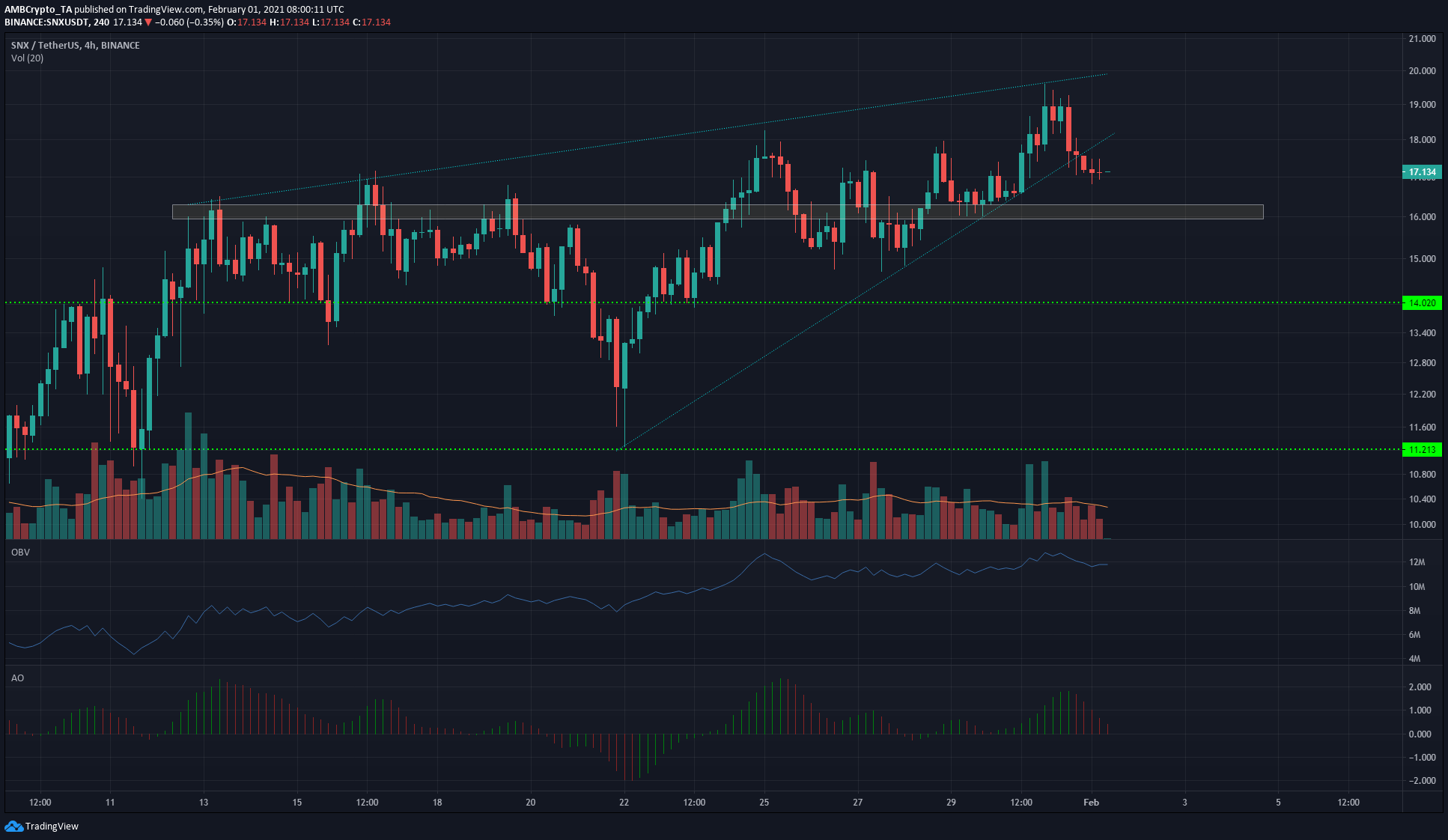 SNX formed a rising wedge, a bearish reversal pattern that could see SNX sink back to the $15 mark. However, even though SNX closed beneath the pattern, the price did not begin dropping yet.

The OBV formed a series of higher lows, indicating that buyer demand was still present and dominant in the market. The Awesome Oscillator showed that bullish momentum was weakening but did not cross beneath the zero line yet. 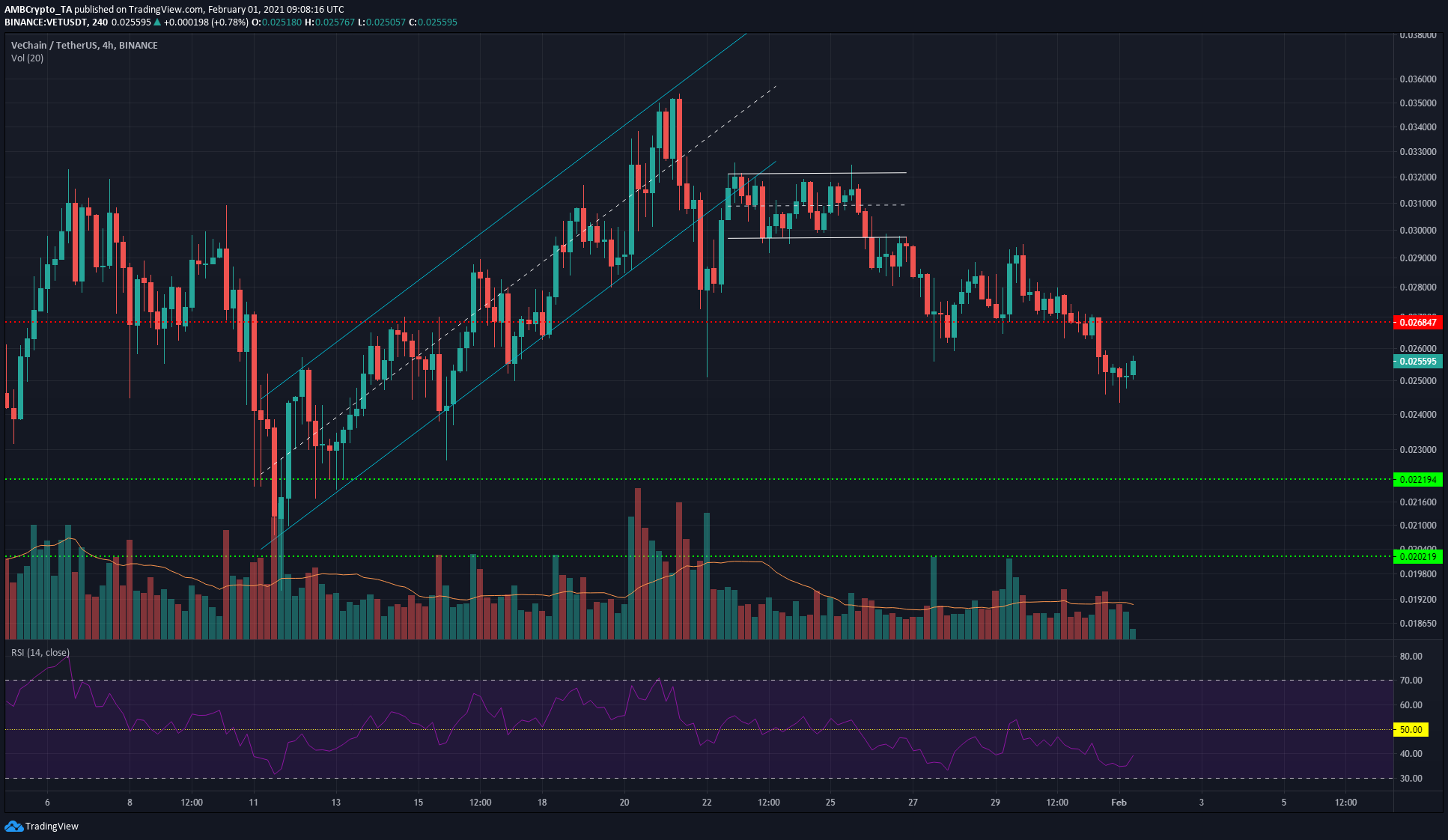 The ascending channel (cyan) that VET broke beneath almost two weeks ago projected a target of $0.0221 for VET to the downside. VET has proceeded on that path as steady selling pressure saw the coin post losses over the past week.

The $0.0268 level of support was lost to the bears. The RSI fell beneath neutral 50 more than a week ago and has stayed beneath since to highlight the presence of a downtrend. A bounce can be expected for VET to possibly touch $0.0268 after the price and the RSI showed a bullish divergence.