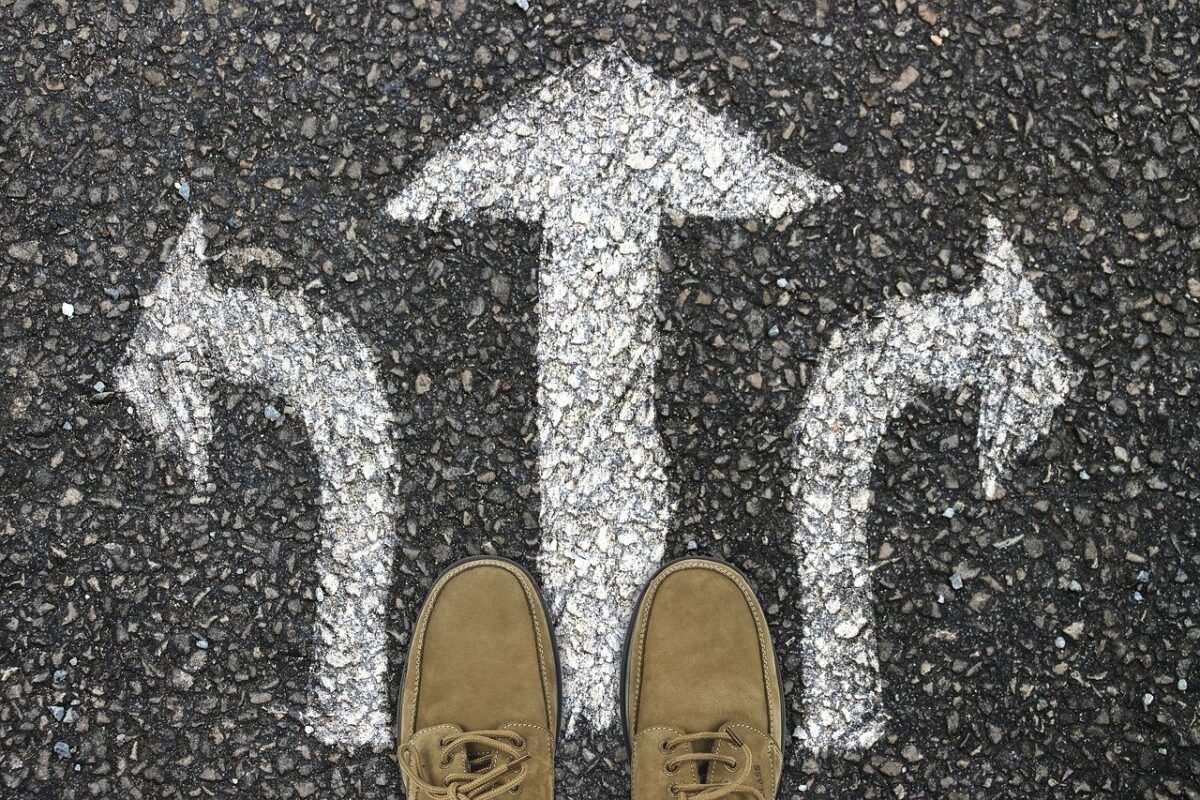 While Bitcoin’s 4-hour 20 SMA jumped above its 50 SMA, the crypto-market registered a decent recovery over the past three days. Consequently, Polkadot and Tezos saw bullish patterns on their charts.

On the other hand, Aave seemed to consolidate in an up-channel while forming a bearish flag. However, Polkadot and Aave still struggled to gather trend committing volumes.

After oscillating sideways for nearly seven weeks, the 21 January sell-off led DOT to lose its oscillating range of $29.9-$23.11. Since then, the bears have taken over as they flipped the $23.11-mark five-month support to resistance.

The altcoin rushed to touch its 25-week low on 24 January, post a 38.34% decline (from 20 January). Over the past few days, DOT formed an ascending triangle (white) on its 4-hour chart as the bulls exerted increased pressure.

At press time, the alt was trading at $18.92. The RSI stood at the 55-mark. After testing the oversold region, it saw a nearly 39 point revival and crossed the midline. While being in congruence with the price, for the most part, the immediate support stood at the 50-mark. Further, the CMF managed a recovery above the midline and displayed a bullish bias. However, the OBV still could not topple its immediate resistance.

Ever since breaking down from its up-channel (white) on 7 January, XTZ bears took over. They breached the $3.8-mark five-month resistance (previous support). XTZ registered a 51.6% decline (from 5 January) and hit its six-month low on 24 January.

Like DOT, XTZ also pictured an ascending triangle over the last few days. Then, the patterned breakout found resistance at the $3.48-level. Now, the testing point for the bears stood at the $3.2-mark.

At press time, XTZ traded at $3.38. After plunging to its record low on 22 January, the RSI saw a steep surge while forming an up-channel. As a result, it tested the overbought region on 30 January before a slight plunge. Also, the DMI noted a bullish bias while the ADX confirmed a weak directional trend for the alt.

After its up-channel (white) breakdown, the sellers took charge as bulls lost their edge and failed to defend the $202-level resistance (previous support).

AAVE lost over 45.95% (from 16 January) of its value until it poked its year-long low on 24 January. Now, the midline of the up-channel (green) stood as an immediate testing point for bulls. Further, the $159-mark continued to stand as a strong barrier for them.

At press time, AAVE was trading at $154.28. The RSI crossed the midline and saw a solid recovery after breaking out of the descending broadening wedge on 24 January. Further, AAVE’s Volume Oscillator depicted weak signs as it marked lower peaks and dropped below equilibrium.

Related Topics:AAVEdotTezos (XTZ)
Up Next

Bitcoin, Ethereum and here’s what else are the top picks of the ultra-rich

India’s crypto-survey: Many to invest in the asset class, but only after regulatory clarity