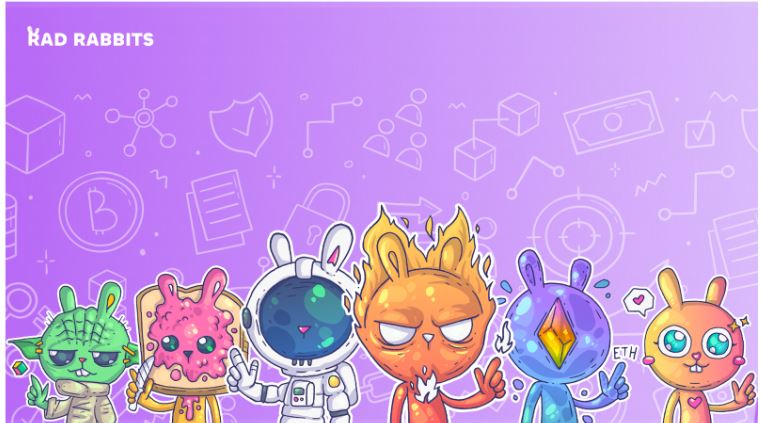 The creators of Rad Rabbits are pleased to announce the official launch of its unique new NFT collection which is now listed on Open Sea.

Rad Rabbits is an exclusive and limited NFT collection made up of 1,111 hand-drawn Rabbit collectibles spreading creativity and joy throughout the universe, cryptoverse, and Metaverse.

The idea behind the project is that like snowflakes, no two Rad Rabbits are alike. Each Rabbit is a “1-of-1” NFT that is custom-designed and hand-drawn without any computer-generated imagery.

“We all are different and have special characteristic traits and that’s what makes us ‘Rad,’” says Ellie Burnett, Founder, and Creator of Rad Rabbits.

“Not only that, but Rabbits symbolize good fortune, wealth and procreation,” she adds.  “Unlike other animals, the Rabbit has a consistent meaning in nearly every culture. While each Rad Rabbit has its own personality, they all take pride in spreading good fortune, success, wealth, and creativity.”

To ensure the uniqueness and rarity of the project’s characters, each Rabbit comes with exclusive items, such as the original hand-drawn sketch and other content that only belongs to the owner.  The NFT is also an entry into the official Rad Party in Los Angeles in 2023.

One main future goal of the project is expanding the 2D Rad Rabbits into the Metaverse within the next year with  “The Warren.” A warren is a rabbit ecosystem where the species live. Rad Rabbits plans to digitalize this world, creating a Web3 space where collectors can jump down the rabbit hole and interact with other Rabbits and NFT collectors.

The following series of the NFT collection will launch on the 11th of every month, with the last launch in January of 2023.