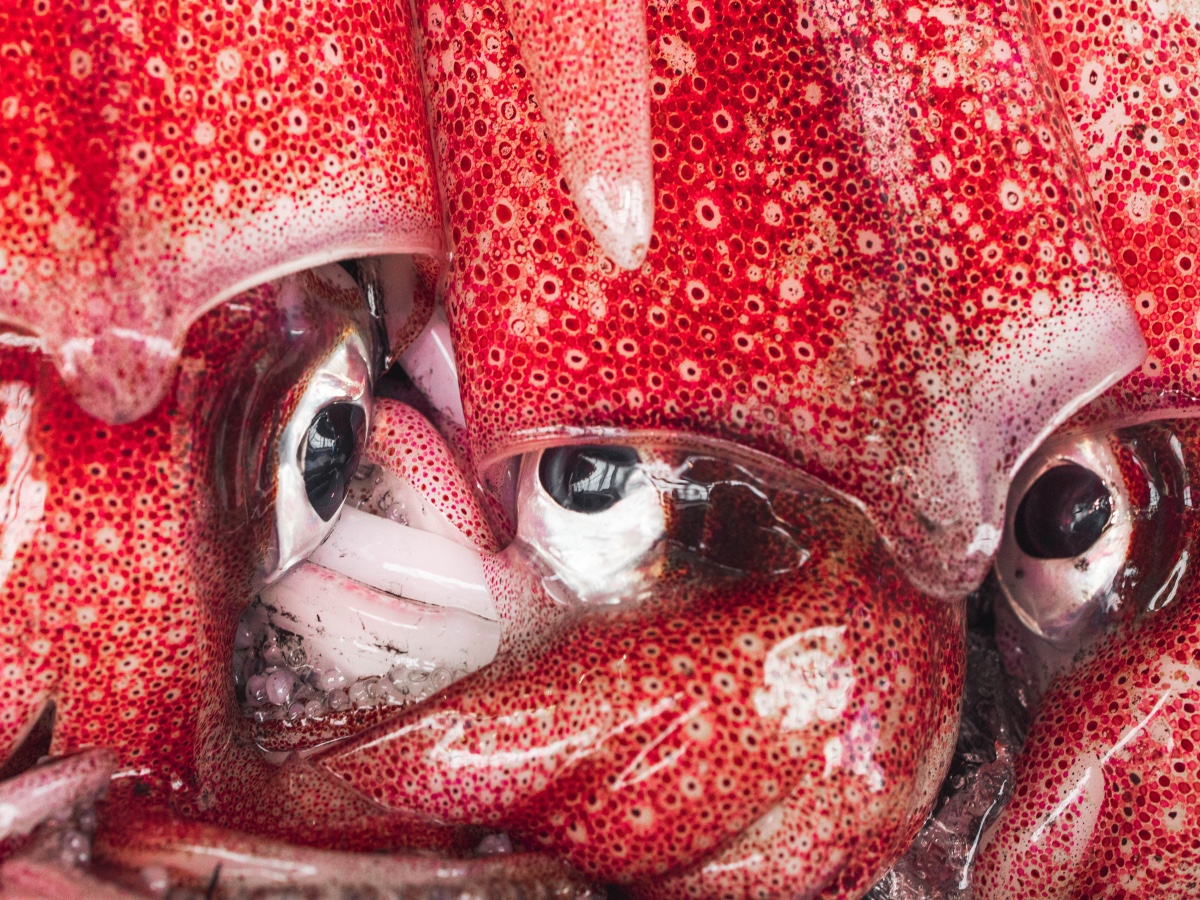 The Squid Game token swung into the crypto sphere like a wrecking ball and took thousands of investors on a dizzying ride before vanishing and leaving the entire industry stunned.

To make sense of what happened, crypto researcher Max Maher showed investors all the red flags they had missed.

In the age of Shiba Inu’s meteoric rise and the success of play-to-earn games like Axie Infinity, the Netflix-show inspired Squid Game token [SQUID] initially looked like just another quirky contender. Ultimately, many investors lived through their worst nightmares after a rug pull left them to deal with staggering losses.

Maher summed up the damage and claimed,

“…it’s more than clear at this point that they [developers] just abandoned ship with millions of dollars, meaning at least 36,000 people fell victim to this scam. So how much money did the scammers make? Well, we don’t know the exact numbers. We do know that they made away with at least several million dollars.”

Furthermore, he criticized how mainstream media news companies like the BBC covered SQUID’s shocking rally and called the game “play-to-earn.”

However, the BBC article in question did point out CoinMarketCap’s warning about the token, and the way people were unable to cash out.

Maher listed some warning signs that he felt should have told investors to back off quickly. These included the very young age of the Squid Game website, the poor website design, grammatical errors in the white paper, little proof of game-play, restrictions on selling the SQUID token, and restricted communication on social media channels. 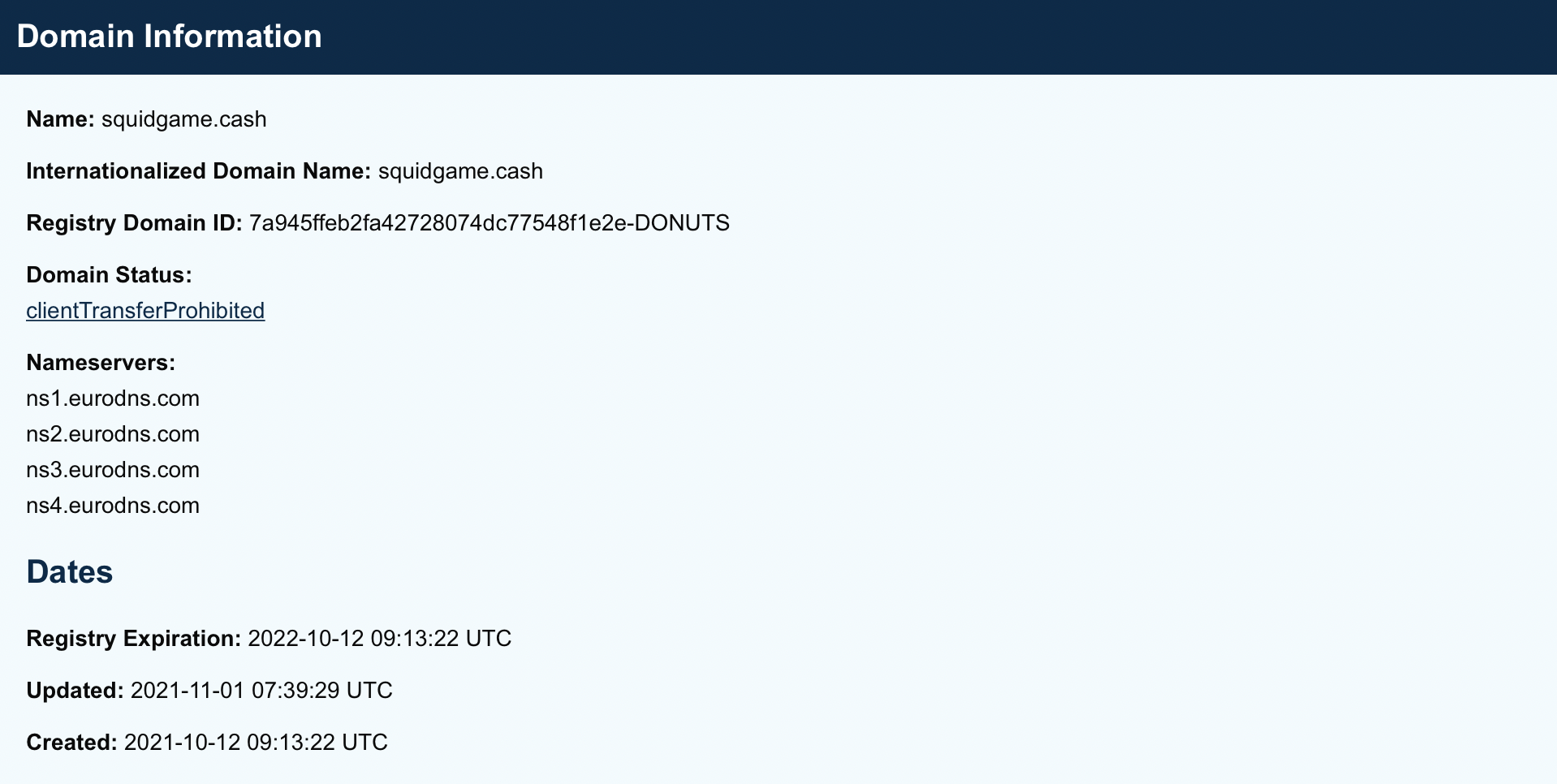 Maher also claimed he found very little legitimate information about the developers. What’s more, he suggested their photos might have been generated by AI.

“…any legitimate project would not intentionally restrict the selling of a token. Simple as that. If you’re not 100% sure you can sell, don’t buy.”

It’s important to note that as of press time, BscScan had classified Squid Game as a heist. 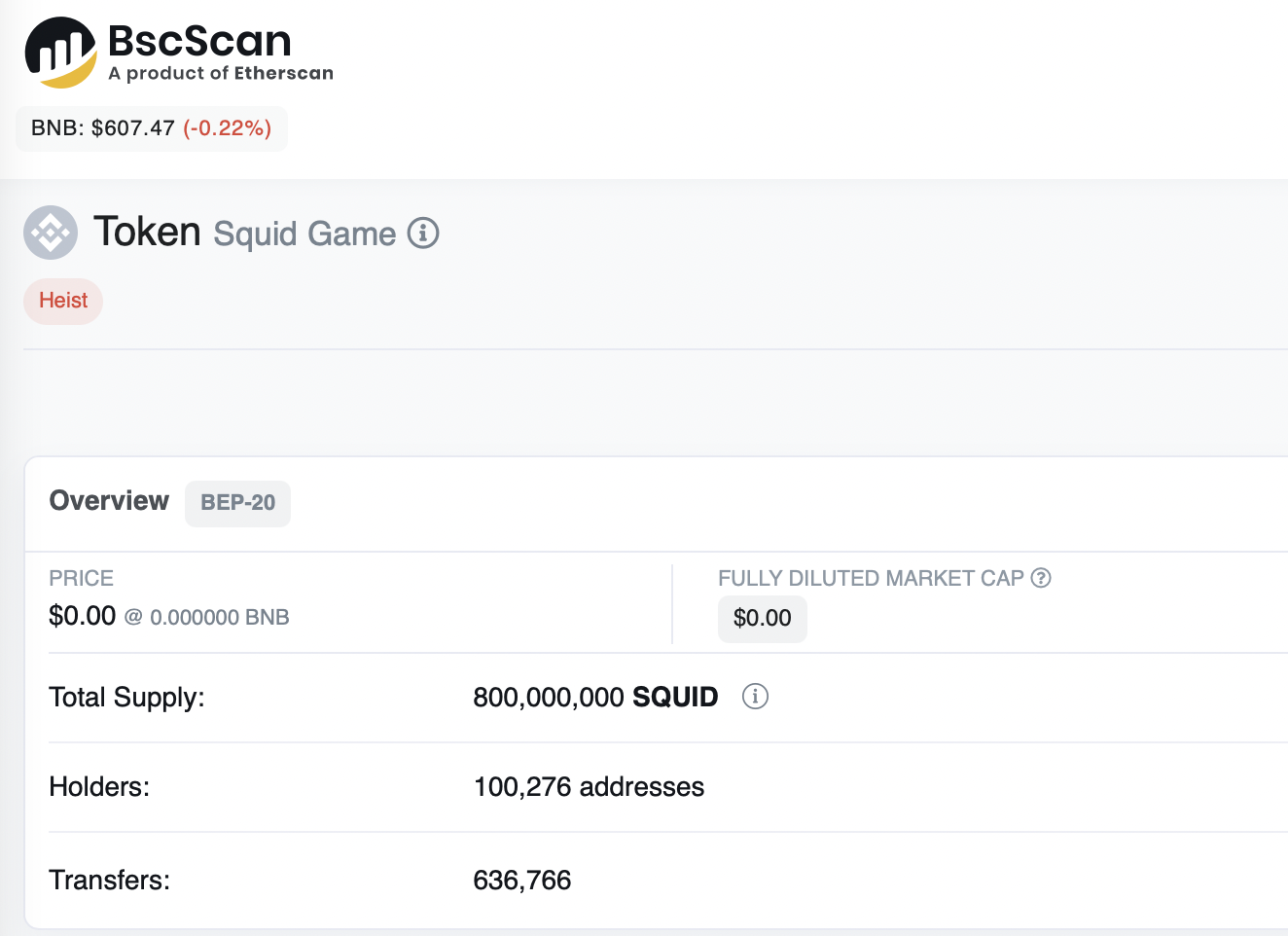 Since the SQUID token was based on the Binance Smart Chain, Binance CEO Changpeng Zhao published a statement and also shared some investment advice.

For his part, Maher said,

“So again, always do your own research, even if you’re feeling that FOMO creeping up, because you’d rather miss out on a 5% gain than risk losing 100% of your investment.”

However, the drama might have a second season. Journalist Colin Wu implied that Chinese crypto users were also feeling some FOMO related to the game.

Squid’s FOMO sentiment is spreading in the Chinese community. Their slogan is: only 100 U, 100X the benefits. People said this is the leader of rugpull concept. pic.twitter.com/fWJHBuT8ql