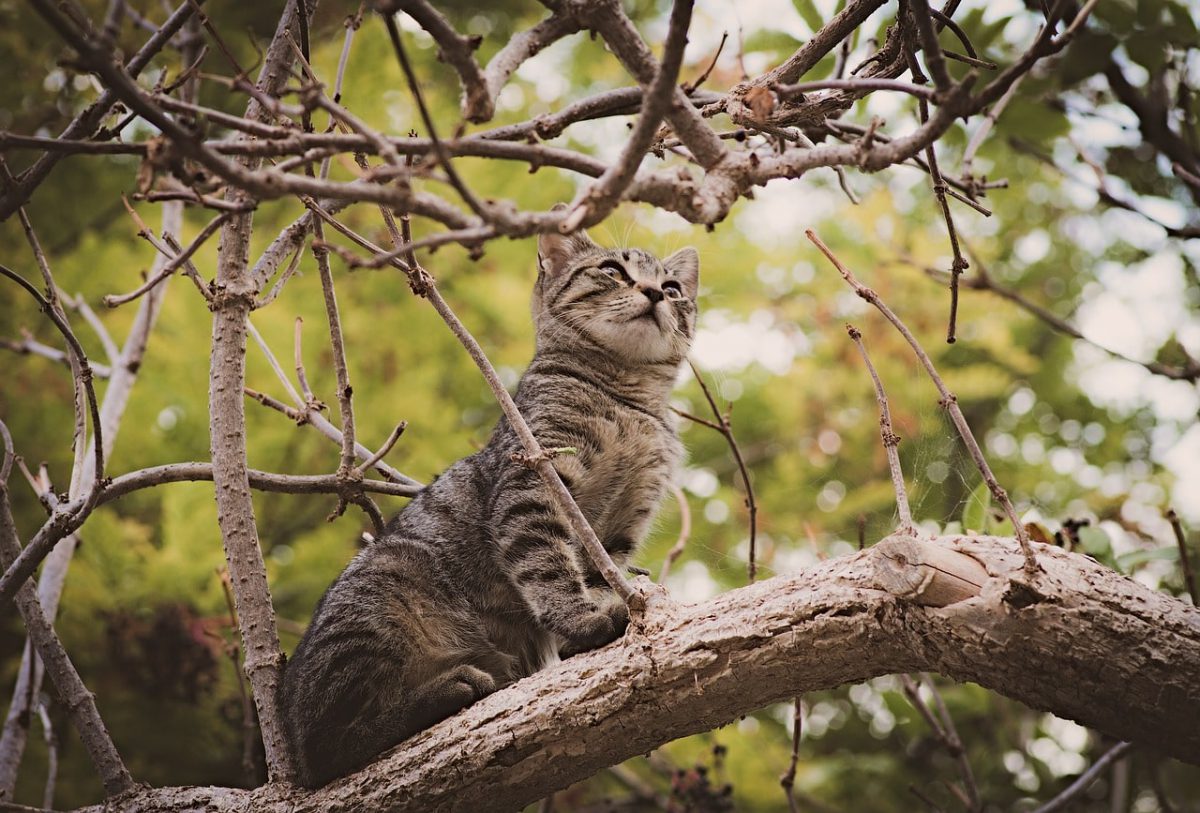 Stellar Lumens saw an area of former demand in the vicinity of $0.425 flipped into an area of supply. Aave was headed toward the $344 level of support, and Decred was also headed lower as it proved incapable of breaching $148 on its previous attempt at recovery. 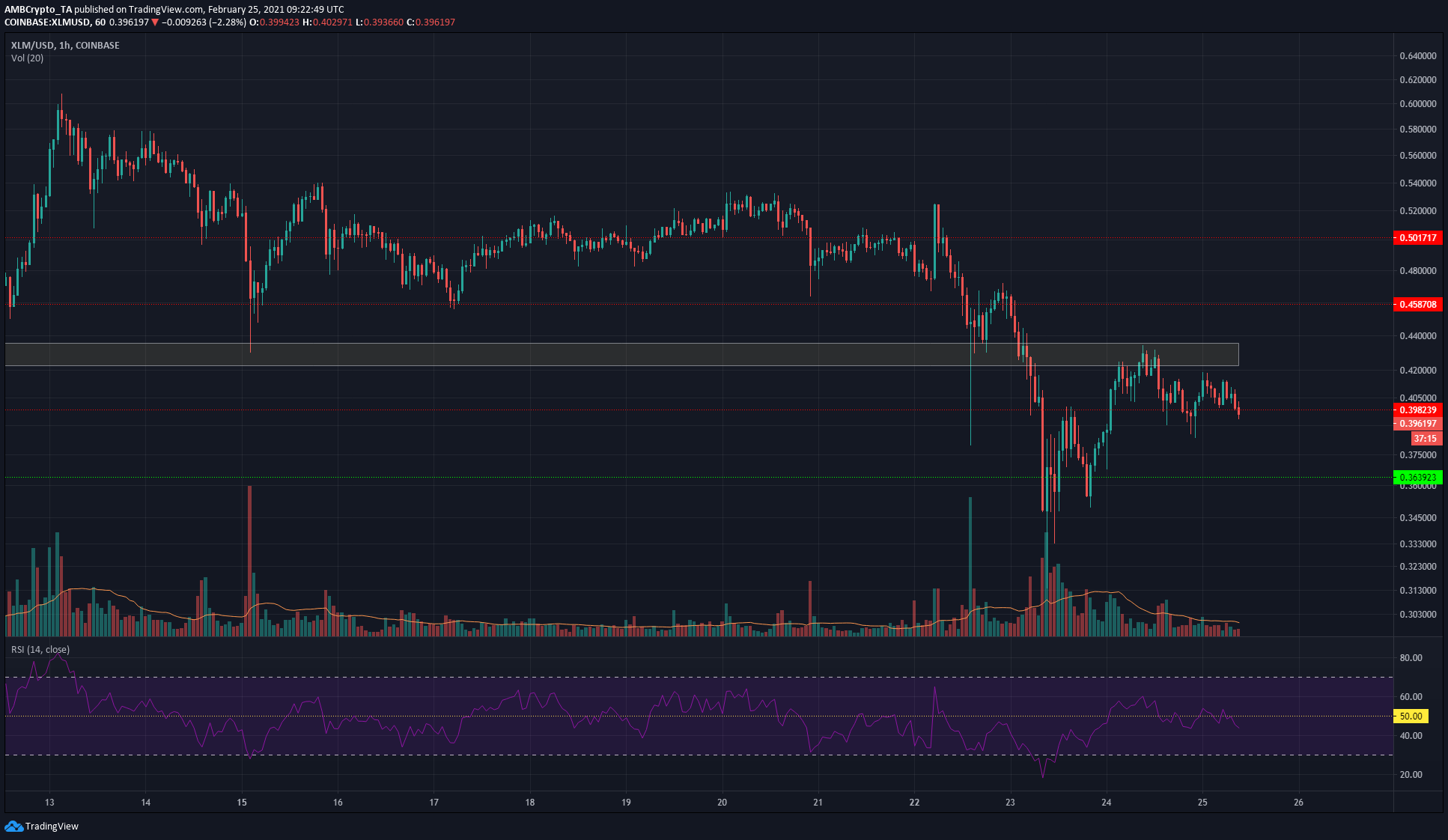 The highlighted region from $0.422 to $0.435 has acted as a region of demand, but it was flipped to one of supply in the past few hours. The most recent trading session had not yet concluded at the time of writing, but the RSI dipped below neutral 50 and it appeared that the next level at $0.4 would also be ceded to the bears shortly.

XLM can expect to find some buying pressure at $0.36, but it is uncertain whether XLM will be able to hold on to this level. The short-term trend is bearish, and the retest to confirm the supply zone was a bearish development that could drive XLM lower than $0.36.

Over the next couple of days, $0.38 and $0.36 should be watched and the defense of either level would be a sign of bulls stepping back into the picture. 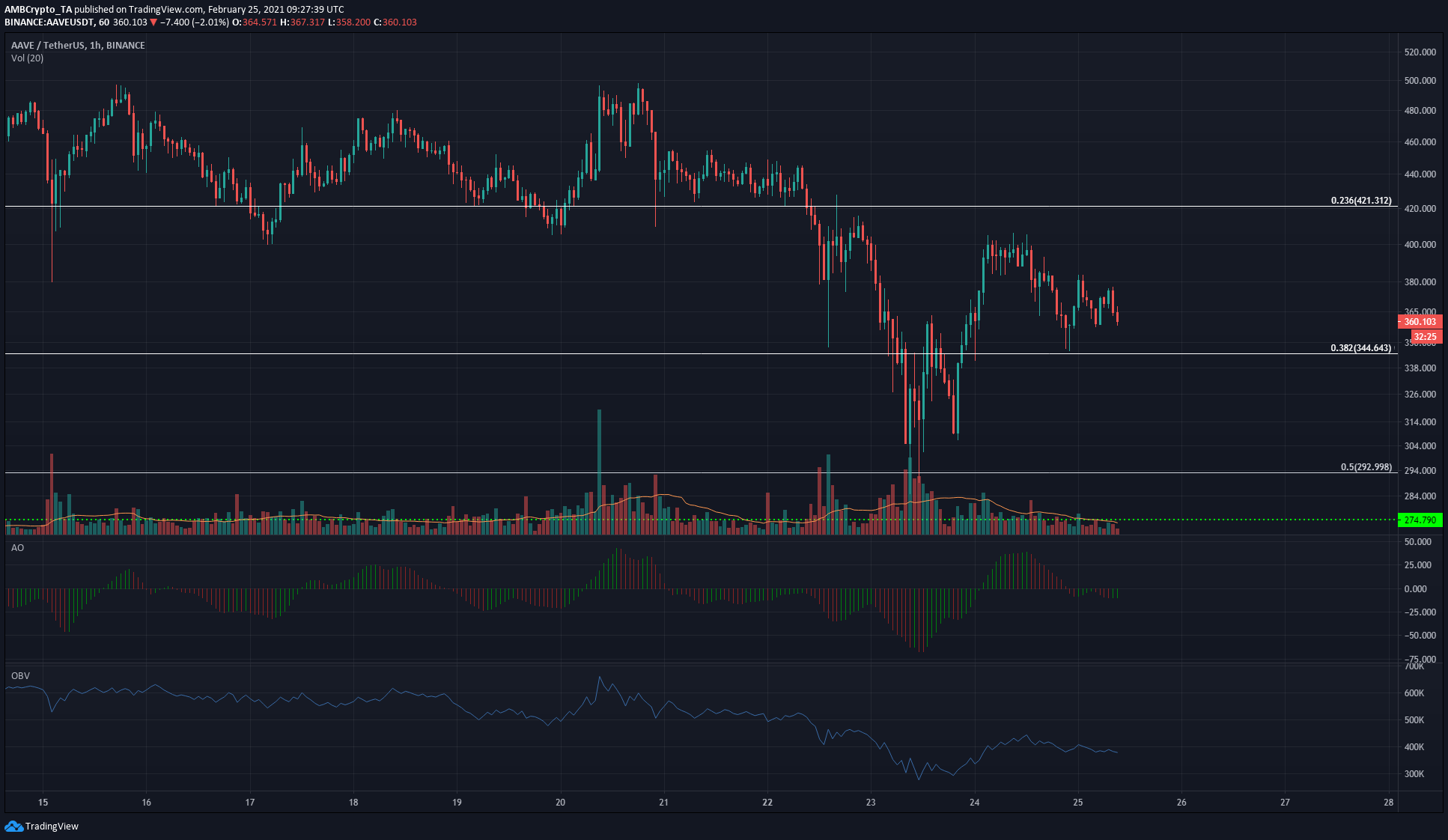 Aave was also seeing short-term selling pressure dominate. The OBV showed that selling volume outweighed buying volume as it made a series of lower highs. The bulls attempted a recovery over the past couple of days but they faced resistance at the psychological $400 mark and the price was forced back lower.

The Awesome Oscillator was beneath the zero line. If AAVE bulls are unable to halt the falling prices at $344, it is likely that another retest of the $292 level is around the corner. 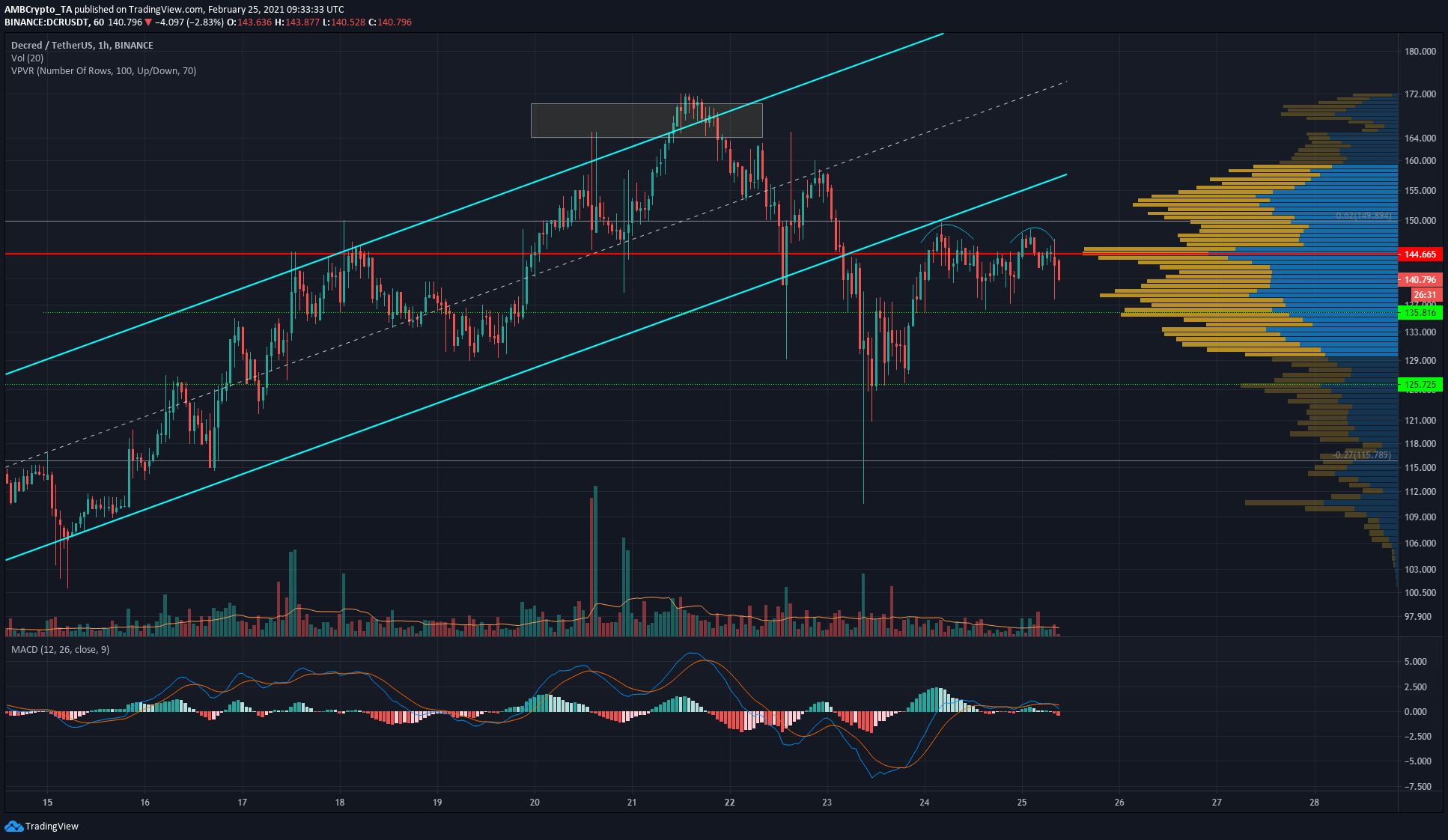 DCR closed beneath an ascending channel. The base of this channel lies in the vicinity of $50, and although it is unlikely at the time of writing that DCR would see such strong losses, the $60 mark still remains a technical target for bears to achieve in the coming weeks.

After dropping beneath the channel, DCR retested the lower boundary as resistance at $148 and formed a double-top as well on its attempted recovery.

The Volume Profile Visible Range showed that the Point of Control (PoC) lay at $144 – a level DCR has been unable to hold on to. A drop beneath $135 would see DCR revisit $125 as support.