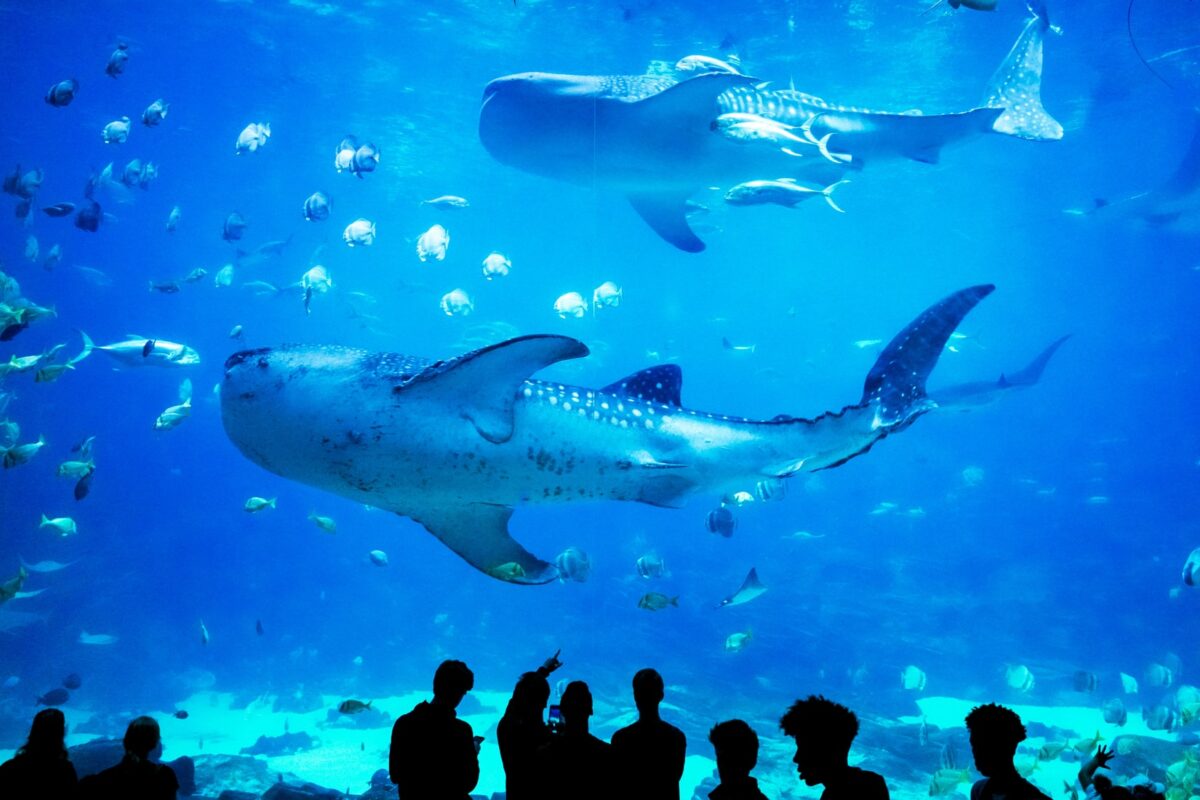 Photo by Jeremy Bezanger on Unsplash

While it is nearly impossible to decipher the intentions of a crypto whale, some monthly cycles and world events can hint at the real picture. As September began, a relatively sedate weekend stream of whale alerts was broken by whales moving tens of millions of XRP between unknown wallets, Bittrex, Binance, and even Ripple. Does this signal a potential dump?

At press time, XRP’s price was $1.25130, after several days of correction. However, XRP whale watchers need to look at more than just the overall price rally.

XRP’s performance has been linked to diverse factors. Two of them include Ripple’s escrow and the spending activities of former Ripple CTO Jed McCaleb. On 1 August, 1 billion XRP were released to Ripple from escrow. Out of this, Ripple sent 182.3 million coins to McCaleb.

On 1 September, Ripple sent 174,862,720 XRP to Jed McCaleb’s “tacostand” crypto wallet, bringing the balance to 709,911,470.83271 XRP. While the impact of McCaleb’s XRP inflows/outflows on XRP’s price is still debatable, this whale’s trades could attract copycats. But for now, “tacostand” is yet to make any large outbound transfers this month.

Meanwhile, more traders were regaining interest in XRP as its price rallied alongside other alt coins. On 4 September, behavior analysis platform Santiment recorded 25942 active addresses on the XRP network in a 24 hour period. 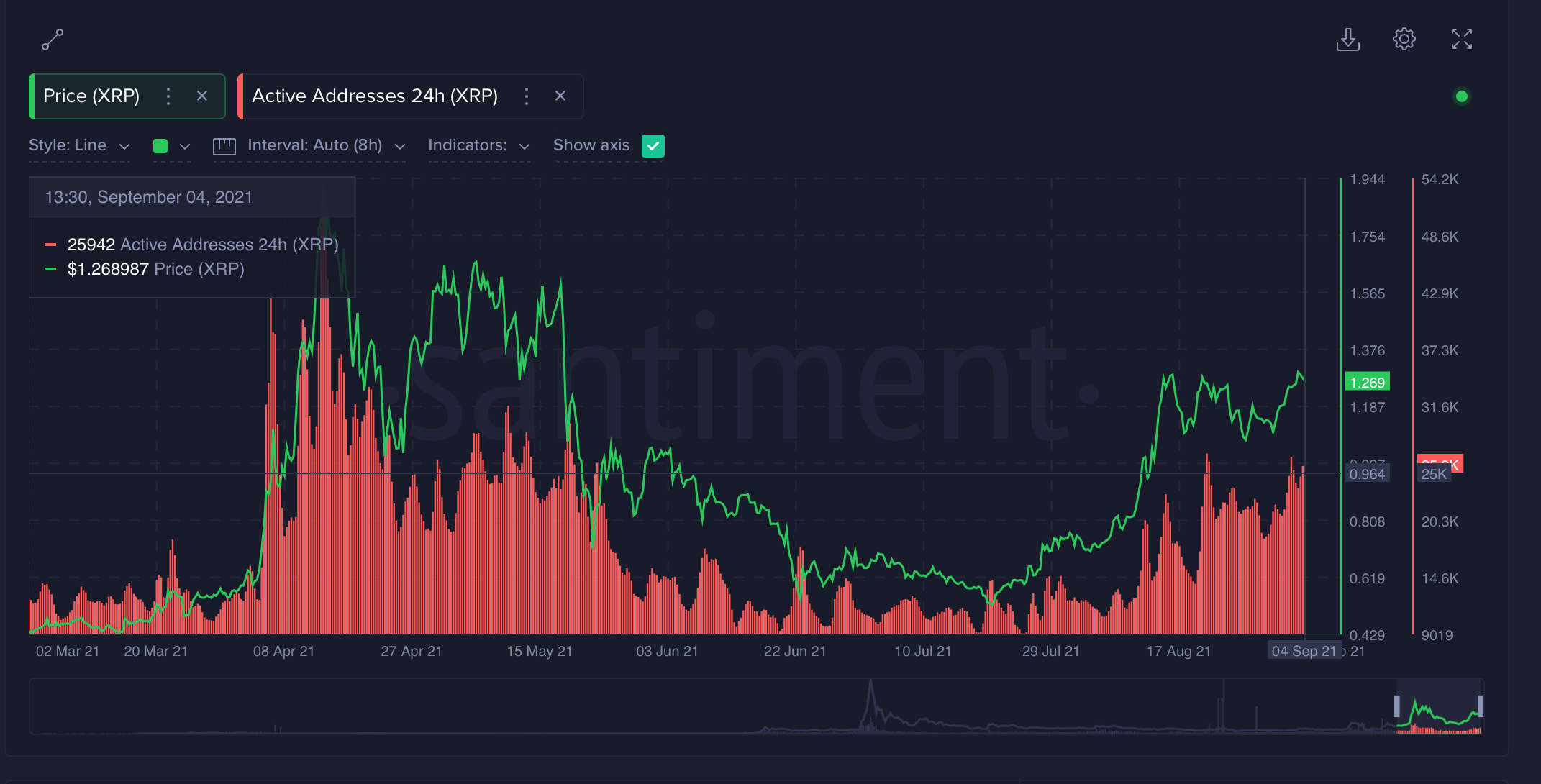 In comparison, 4 August only saw 11768 active addresses within the same interval. 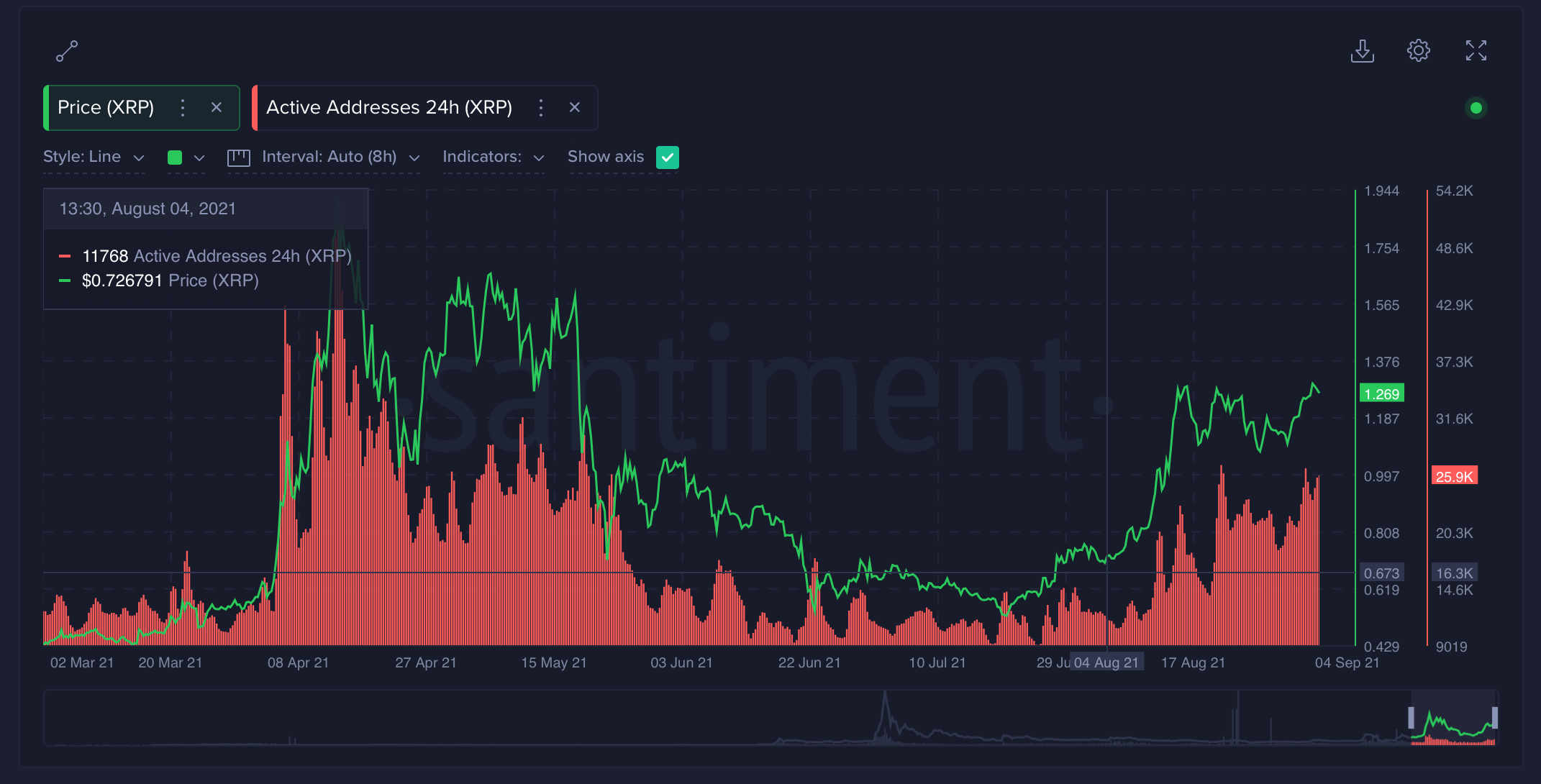 Outside the crypto sector, the XRP community has been keenly following the U.S. Securities Exchange Commission v. Ripple lawsuit. September could be a key month for XRP, as even minor court decisions could possibly trigger large-scale XRP dumps. For now, the unknown whales moved more than 380 million XRP in less than 12 hours.

This could pave Ethereum’s path to $4300

Bitcoin: Those who bought the dip are making profits and how