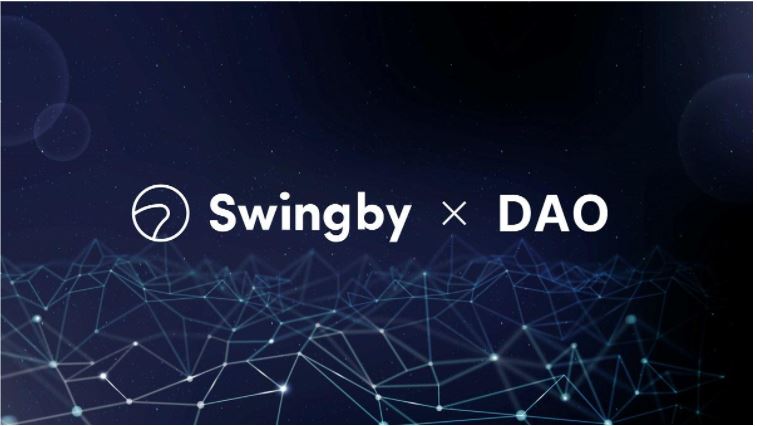 Earlier today, the Swingby Network announced its official transition to a DAO. The transition comes just as the launch of the latest development – Skypools gets ready to go live. The implementation of the Skypools platform together with the existing cross-chain BTC and ERC20 swap – Skybridge, is the next step to expanding the cross-chain capability to include all ERC20 tokens with BTC and wrapped forms.

The vision and idea of a network where individuals would be able to swap BTC in and out of wrapped forms and then ultimately into ETH, and any token on the ERC20 network, was begun years ago when the team launched Skybridge. For several years the project was run effectively but experienced admitted difficulty within team leadership over the span of the last year. The transition to a DAO was decided in order to drive the innovative non-custodial cross-chain platform forward, being as though development towards Skypools had been a long-time established team vision.

More about the Swingby network and cross-chain swap

Swingby has evolved into a DAO, meaning ownership does not belong with any single entity or individual but has instead been handed over to the computer network where anyone can interact on its Metanodes as validators or platform users. DAO projects have become increasingly popular over the last several months. The willingness for any original company or team to put a project into a DAO structure expresses, and immediately allows for the involvement of the community of token holders to decide upon community-related decisions, oftentimes, but not always set out beforehand.

The Swingby project began with its first development, the Skybridge cross-chain swap which effectively enabled the swap between BTC and WBTC on EVM (Ethereum) as well as BTCB (Binance-pegged BTC). What makes the product unique, is the ability for users to swap with the absence of a middle man or custodians over assets at any point. Tokens are pooled into the platform and transactions are made from wallet to wallet so users never give up possession of their assets to any third party.

The development team built upon the Skybridge protocol stack in order to form Skypools, which would ultimately empower the Swingby network to interact with smart contracts and effectively swap wrapped and unwrapped forms of Bitcoin into ERC20 tokens and vice versa. The same underlying concept of non-custodial, free, simple and ubiquitous was implemented into the network design. Platform users were then able to swap between the most traded cryptocurrency networks – Bitcoin and ETH, without a middleman and ever having to be concerned about fluctuating prices that result from multi-chain swapping which traditionally draws upon multiple exchanges and trading platforms to execute swap functioning. Metanodes in the Swingby network can sign transactions which trigger smart contract functions once consensus is reached.

Another unique design feature of the Swingby network is independent node validators. This design implication creates increased security in the network, a certain positive given the project’s evolution into a DAO. What that means is that swapping on the Swingby network has to be validated in the POS system by nodes independently prior to being able to agree and reach network consensus. If any malicious node tries to interact in the network, this feature allows for the identification and response to ensure protection and security.

What can be expected from Swingby?

As part of the project entering the DAO phase, Swingby will be community-owned and directed. The incentive to utilize the unique cross-chain swap could certainly grow with the excitement of being community-owned. More announcements are expected as the Skypools project gets underway.

News and information can be obtained from Swingby social and telegram channels. Currently, platform users are able to swap with the fundamental Skybridge swapping protocol on the Swingby swapping platform, still without ever needing to go through a middle-man or give up custody of individual cryptocurrency assets. The launch of the Skypools project is set to roll out in a matter of days, with expanded bridge and exchange functions.

Ethereum: Measuring the potential of this bullish case despite a possible correction