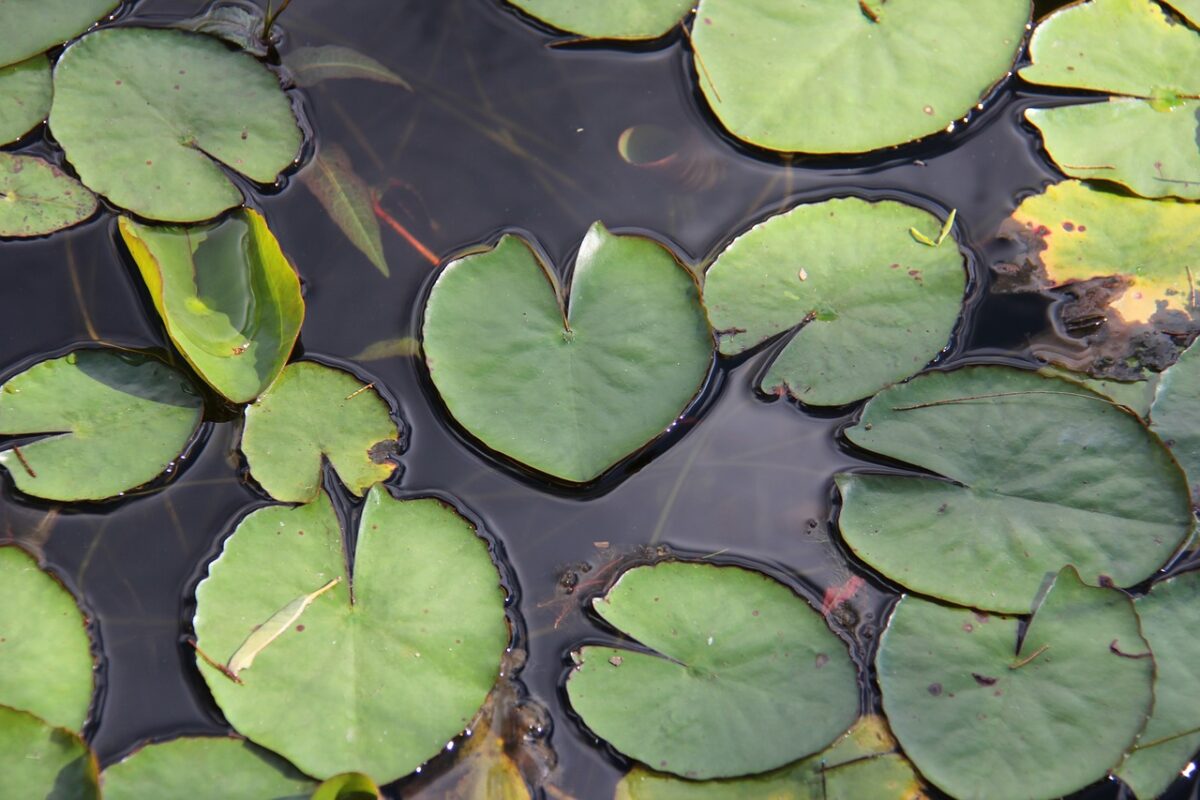 The price of Terra has followed Bitcoin’s direction very closely in the past few days. Bitcoin bounced from the $40k area, and Terra had a strong move upward too. The day prior to press time, saw Bitcoin face heavy resistance at $44.15k. And, Terra also tested the longer-term significant level at $83.82 but was rejected. Bitcoin had some support in the $41.9k area where demand was likely to arise. Terra, too, could dip lower alongside Bitcoin, find demand, and climb higher on the charts in the near term. 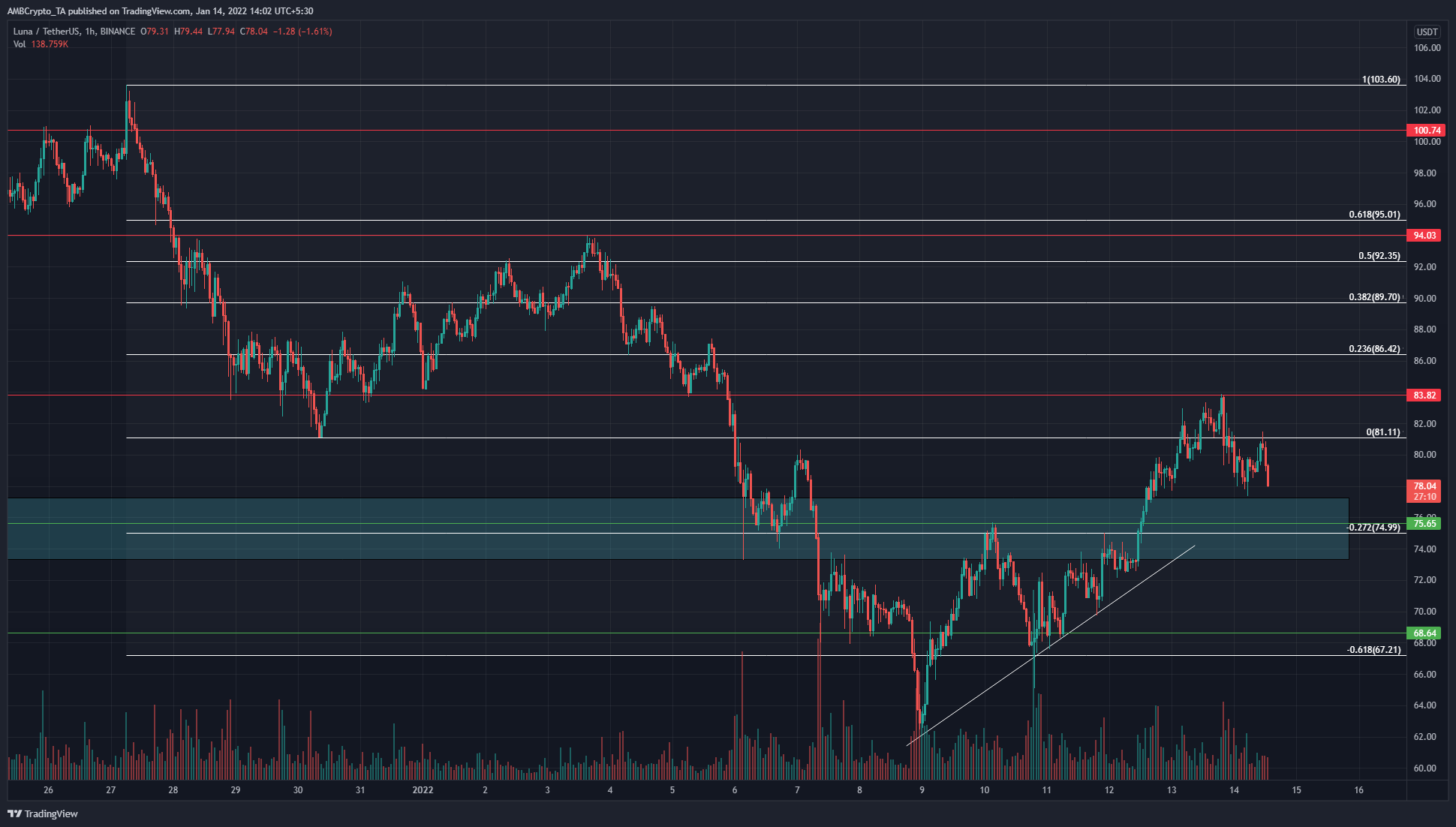 The swing high and low at $103.6 and $81, based on LUNA’s drop in late December, was used to plot Fibonacci retracement and extension levels (white). A few days ago, the $68.64 support level, which had some confluence from the nearby 61.8% extension level at $67.2, was repeatedly tested and decisively broken. However, at the exact same time, Bitcoin bounced off the $40.6k level.

It appeared the rest of the market thought LUNA was oversold, and the strong drop was bought up. The $75 area (cyan box) had been a significant area of supply in early December and was tested as supply once more.

LUNA had demand behind its move upward and formed a series of higher lows as well as an ascending triangle pattern (gray) before it broke out to test the $83.82 resistance level.

Since there was sufficient demand to drive LUNA past the $75 area, it was likely that a retest of the same area could occur over the weekend. This would offer a good buying opportunity. 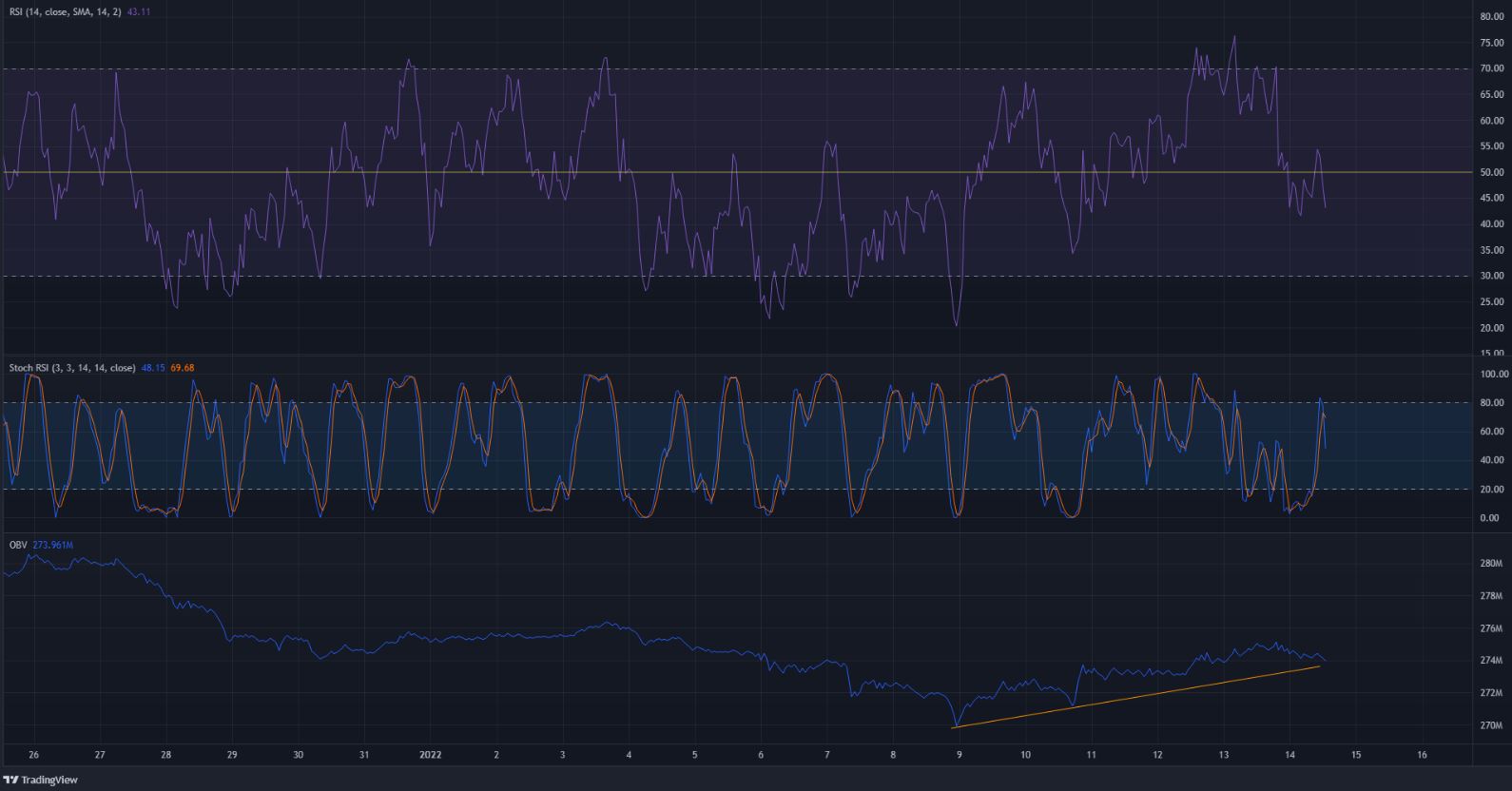 The RSI straddled the neutral 50 levels, but it could head lower in the short term if LUNA continued to dip. The Stochastic RSI formed a bearish crossover. Both of these indicators supported the idea that LUNA would dip further.

The OBV has formed lower highs since late December. However, over the past few days, the OBV has been on the rise. This showed that LUNA’s move past $75 recently was legitimately backed by buyers.

A lot depended on Bitcoin’s price action. If it broke beneath $41.9k, fear could intensify in the altcoin market and Terra could see strong selling pressure. The effect would likely be amplified by the low liquidity of the weekends. However, the $75 area represented a good risk-to-reward area to buy LUNA at.

Report: 82% SMBs are open to accepting cryptos as payments in 2022

MEXC pioneer partners with Proximity Labs, driving DeFi and more within NEAR ecosystem