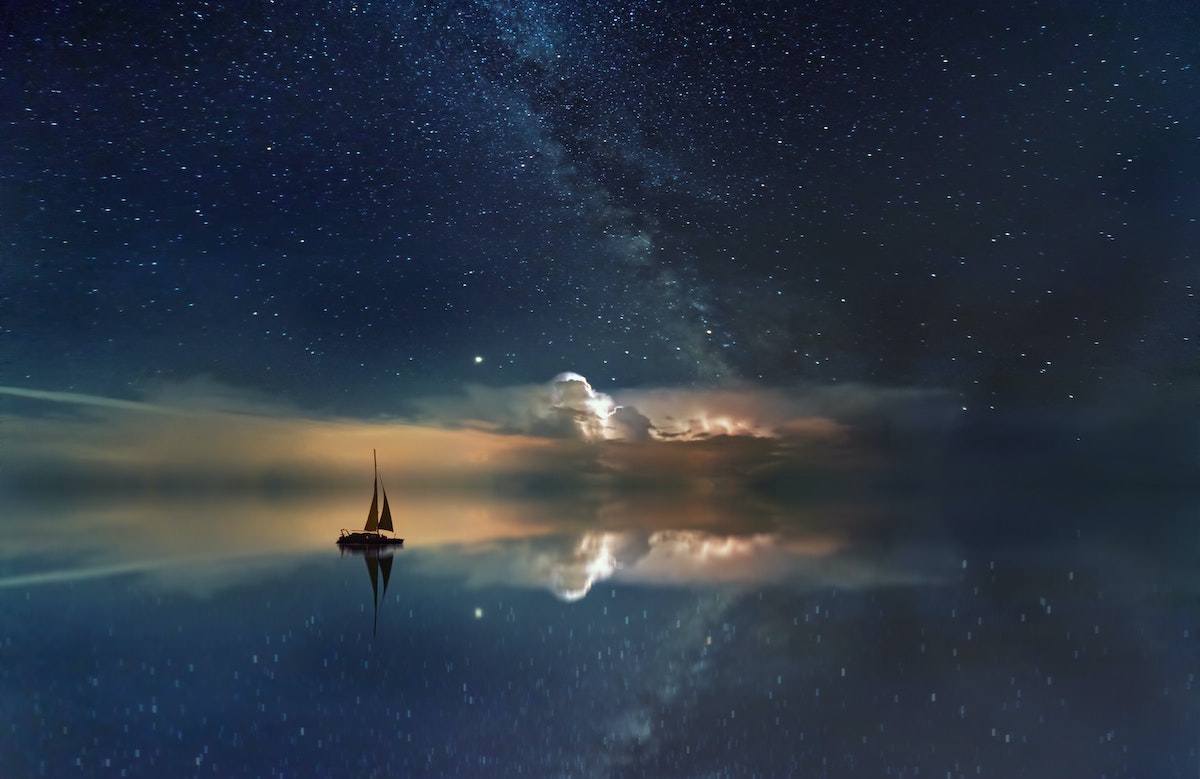 One of the biggest growth areas in the crypto-space this year is undoubtedly the stablecoin market. In fact, as per a report, the largest stablecoin issuers have increased 500% over the past 12 months. UST, one of the stablecoins in the Terra ecosystem, has recorded some impressive figures within this sphere.

It overturned DAI’s reign as the largest decentralized stablecoin by market cap, making it one of the top 22 crypto-projects by market cap.

Terra USD/UST has also added to its market dominance with a hike in share from 0.67% to over 6% in 2021, with barely any exchange listings. Do Kwon, the founder of Korean blockchain project Terra, believes that demand for his US dollar-pegged stablecoin could increase “rapidly” early in 2022.

Well, looks like the party may have started early.

UST’s market cap was around $200 million in early 2021. Fast forward to December 2021 and the market capitalization’s value stands around the $10B-mark.

Ergo, it is now the first decentralized stablecoin to achieve this milestone. What this implies is that UST has seen 5x growth since the year began.

$UST marketcap is now $10B, the first decentralized stablecoin to achieve this milestone.

Now, even though UST ranks first among decentralized stablecoins, it still lags behind more well-known centralized competitors like USDT, USDC, and BUSD. Nevertheless, it continues to take massive strides to bridge this gap.

Two leading exchanges by volume traded have included UST on their platforms. Huobi, an Asian exchange, announced it would include the asset in its Pioneer Zone on 23 December. Binance also reported the listing of the stablecoin the same day, stating it would be offering three different UST trading pairs: UST/BTC, UST/BUSD, and UST/USDT.

Just after the Binance announcement, more than 200 million UST were issued.

This, according to the dynamic of the issuance of the token, might have influenced the rise in the price of LUNA (Terra’s native token).

LUNA price has a direct positive correlation with UST’s supply increase. Consider the graph below, for instance, that as of 26 December looked like, 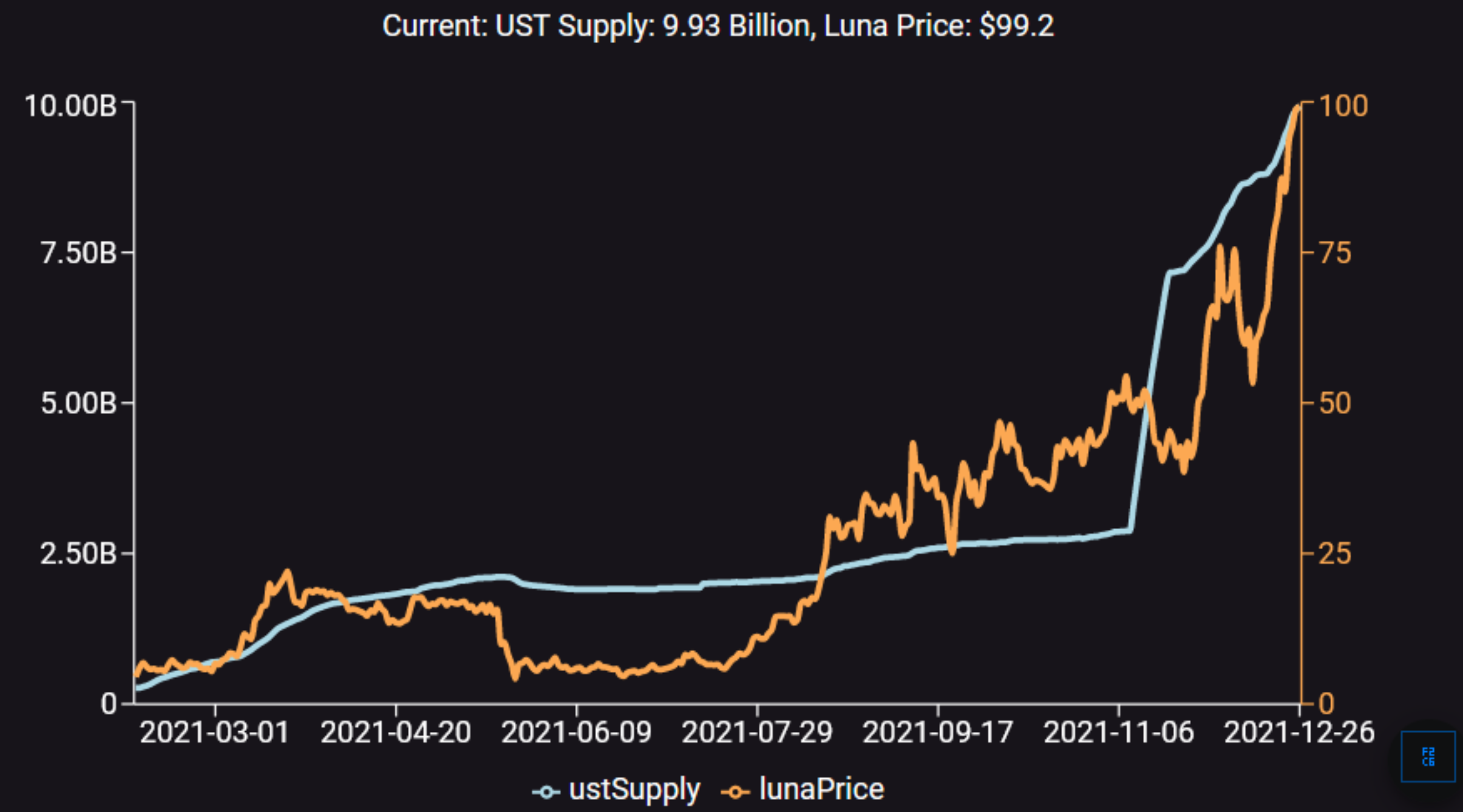 At press time, LUNA was trading just shy of the $100-mark (+3.5%). But, with the demand of UST growing exponentially, $100 LUNA is just another milestone, not the goal. In terms of total value locked, the network crossed the $21B mark, second only to ETH.

(Terra’s TVL is supercharged, as every dollar entering is in the form of native tokens or UST. This equates to buy pressure for the native token or LUNA burning.)

The altcoin has captured the attention of serious investors. Not so long ago, analyst Michaël van de Poppe share his bullish scenario for the same. Projecting a 2x to 10x surge, he opined,

“LUNA is currently one of the strongest assets in the crypto market. Not only LUNA, but also AVAX (Avalanche), MATIC (Polygon) run very well.”

Another individual predicted a 10 or more hike in the coming year, thanks to rising UST adoption & LUNA burns.

Well, projections can sometimes become over-ambitious. However, this time it might turn out to be different.

Given this growth in 2021 and upcoming catalysts, 150% growth in 2022 isn’t unreasonable. In fact, according to data compiled by Delphi Digital, UST could summit $23 billion by EOY 2022.