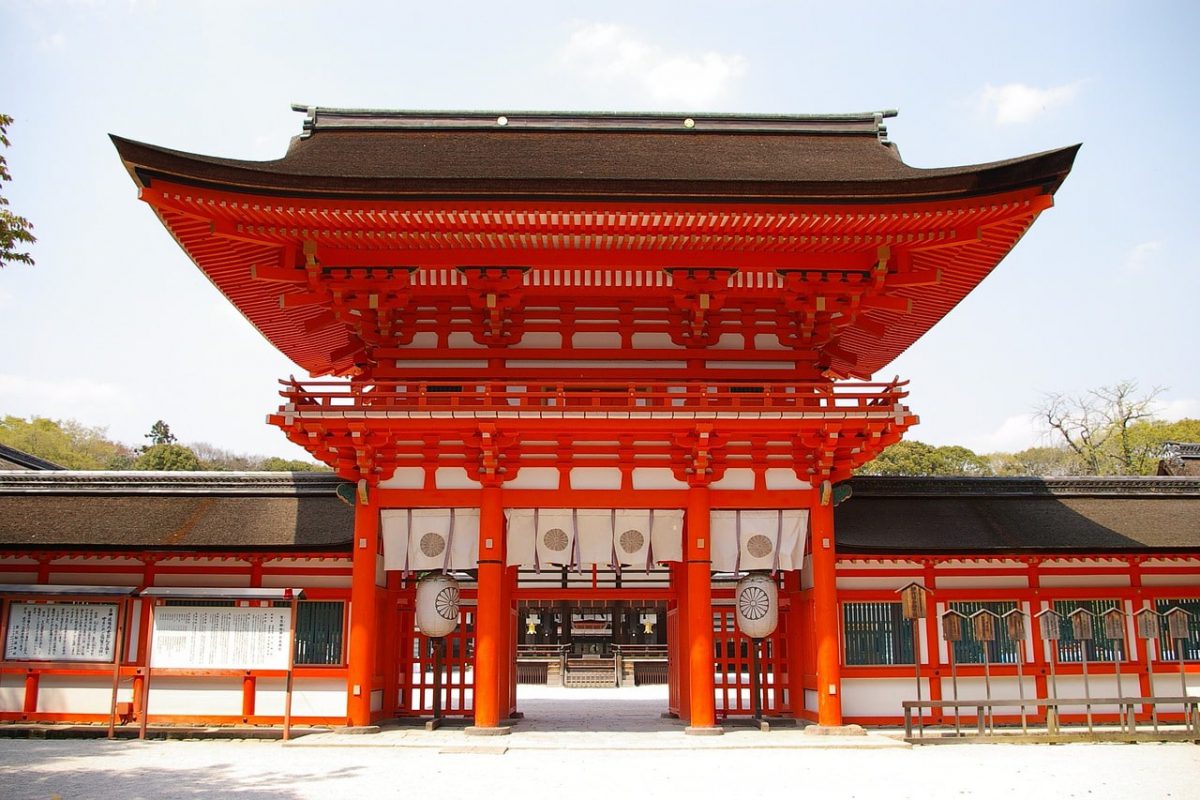 Tezos posted an ATH at $7.2 and could be set for some consolidation above the $6-mark over the next few days. Nano enjoyed bearish momentum over the past few days, and Ontology appeared to be rejected at the $1.93-resistance level. 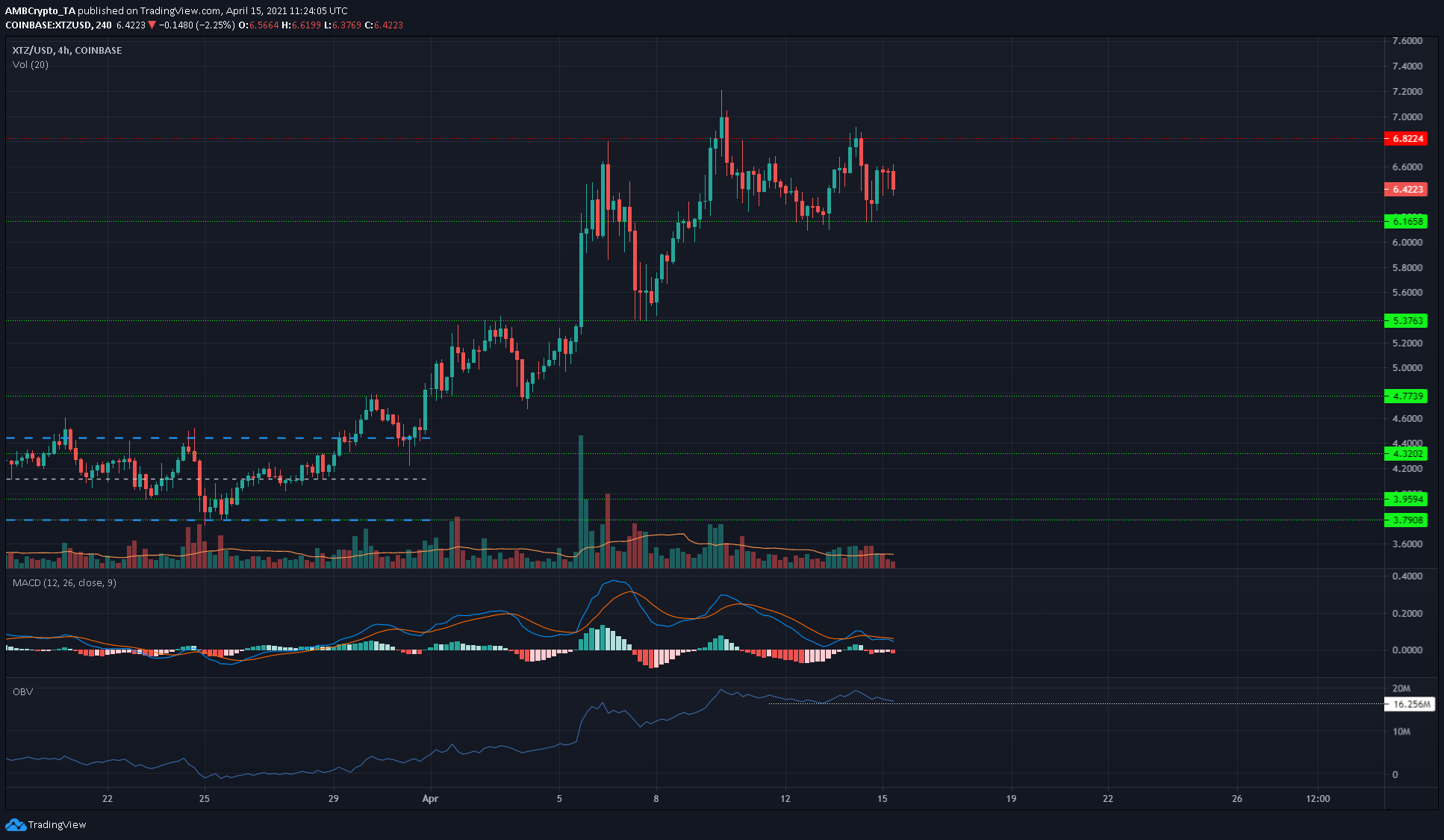 Tezos established an ATH at $7.21, and at the time of writing, faced levels of support at $6.16 and resistance at $6.8. The OBV was relatively flat after that surge forward. Marked in white was a floor on the OBV (the value is immaterial, what matters is their relative position) and the OBV breaking beneath this floor would signal a deeper retracement under $6 for XTZ.

The MACD was also pulling back alongside the price and at the time of writing, was just above the zero line and heading lower. This could see XTZ retest the support once more. 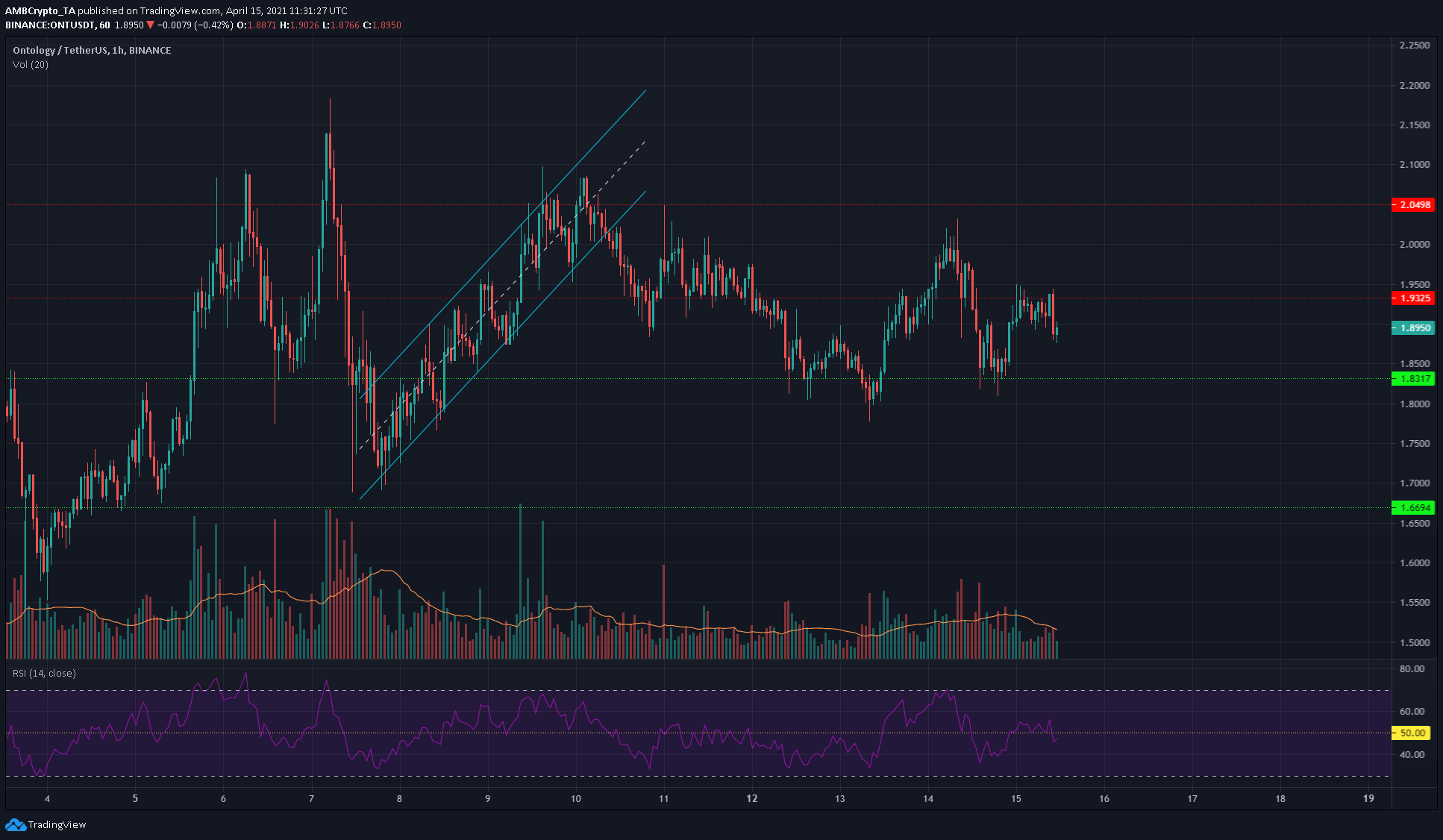 ONT broke under the ascending channel more than a week ago and was forced to retrace as far south as $1.78. Since then, the $1.83-level has held as support, and ONT faced resistance from the $1.9-level.

The trading volume began to trend lower in recent days and this could be an early sign of consolidation for ONT between the $1.8-$1.9 levels. The RSI was also hovering around the neutral 50 line over the past 24 hours or so. 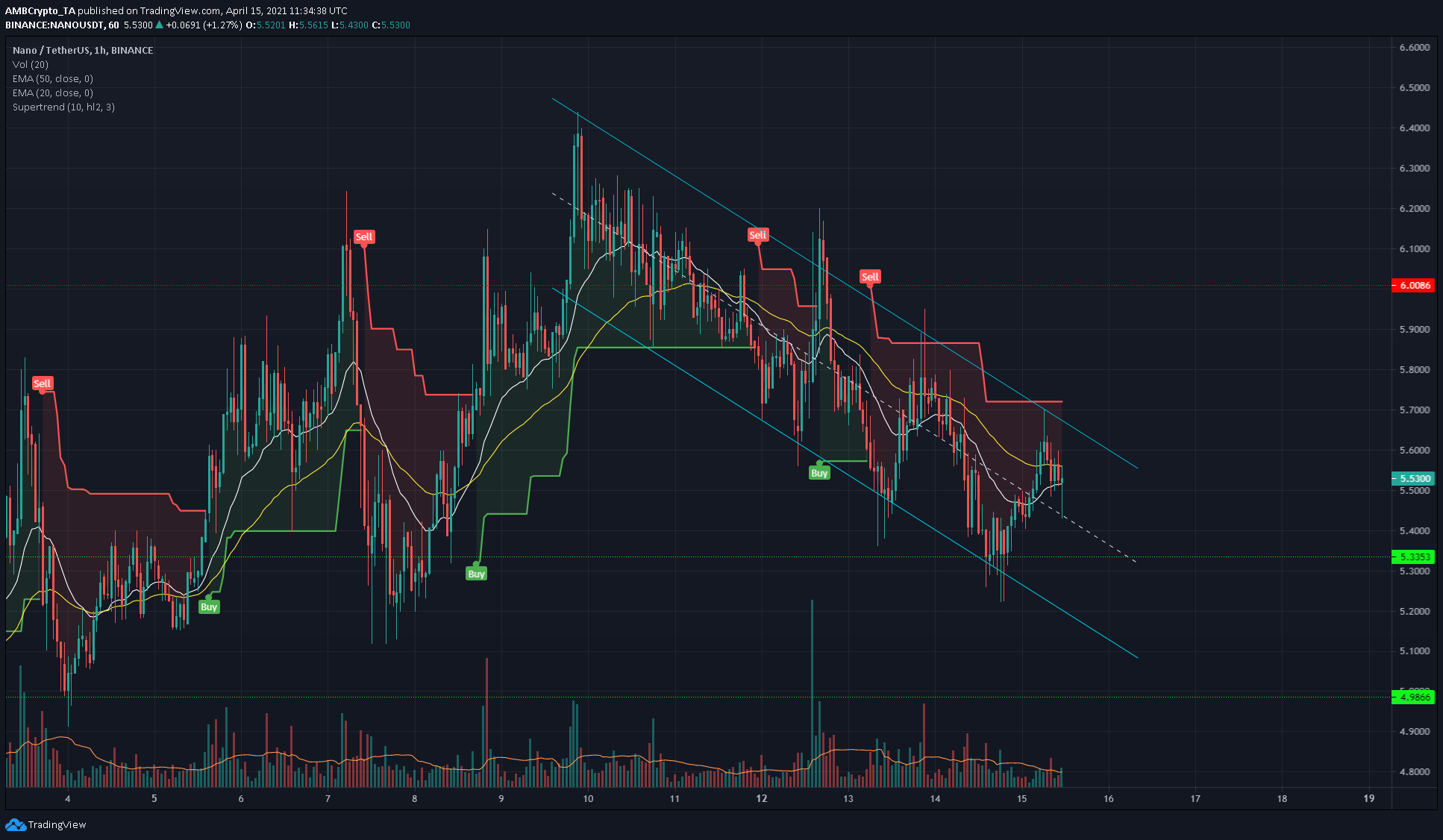 Nano was trading within a descending channel over the past few days. The 20-period EMA (white) was moving under the 50 EMA (yellow) to highlight bearish pressure. The Supertrend indicator continued to show a sell signal for NANO that would only be flipped on a session close above $5.72.

The price can expect to find some support in the $5.3-$5.4 region, but it is yet unclear if NANO can expect a bounce off that level. A trading session close above the channel, and a subsequent retest of the upper boundary, can be used to enter a long trade. Similarly, a test of the channel lows, if it materializes, can also be used to enter a scalp long trade targeting the upper boundary.

How correlated is Coinbase’s valuation to that of Bitcoin?