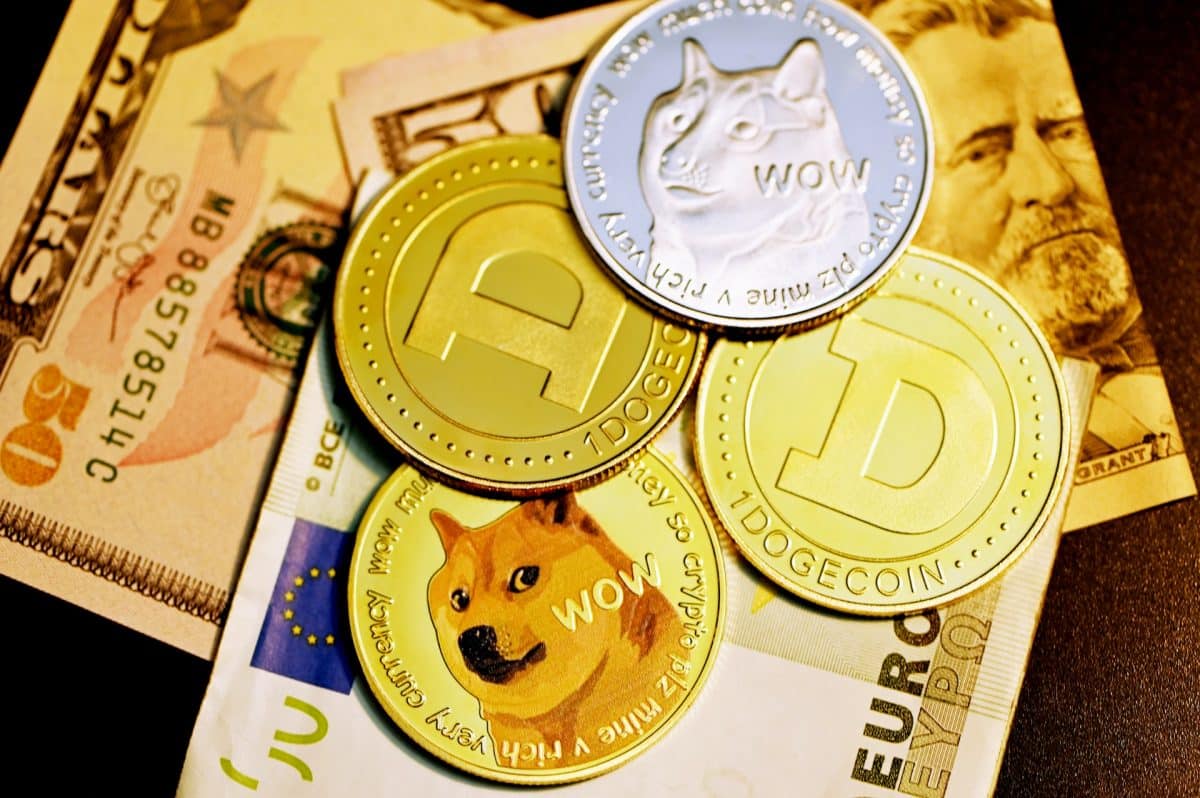 Since Elon Musk took over Twitter, the Dogecoin [DOGE] community has remained hopeful of more substantial recognition. This same acquisition was vital to the rally the meme enjoyed in the first few days after Musk purchased the social media platform.

However, the celebration was not to last forever as DOGE slumped 8% in the last seven days. Furthermore as of 19 November, CoinMarketCap showed that the cryptocurrency exchanged hands at $0.084.

Despite the decline, Dogecoin’s whales had not held back in performing transactions via the chain. At the time of writnig, Dogecoin Whale Alert reported that there had been large transactions around the value of $3.5 million between 18 and 19 November. Interestingly, most of these transactions emerged from the coin’s top twenty wallets.

DOGE and the Musk bond

In addition, DOGE’s inability to recover the Twitter purchase-week levels might be connected with the recent action of Mr. Musk. Of late, the “Dogecoin promoter” had been involved in public altercations with employees. Similarly, he brought back controversial figures to the social media platform. In turn, DOGE’s recent performance might not be surprising, considering the negativity surrounding him.

Following the bond between both parties, DOGE seemed locked in a tussle for a bullish or bearish direction. This position was revealed by the Directional Movement Index (DMI). According to indications from the DMI, the buying power (green) maintained a slight position over the bearish direction possibility (red).

However, the Average Directional Index (ADX), at 24.76, indicated that bullish strength needed more effort to neutralize the option of DOGE choosing the bearish state. 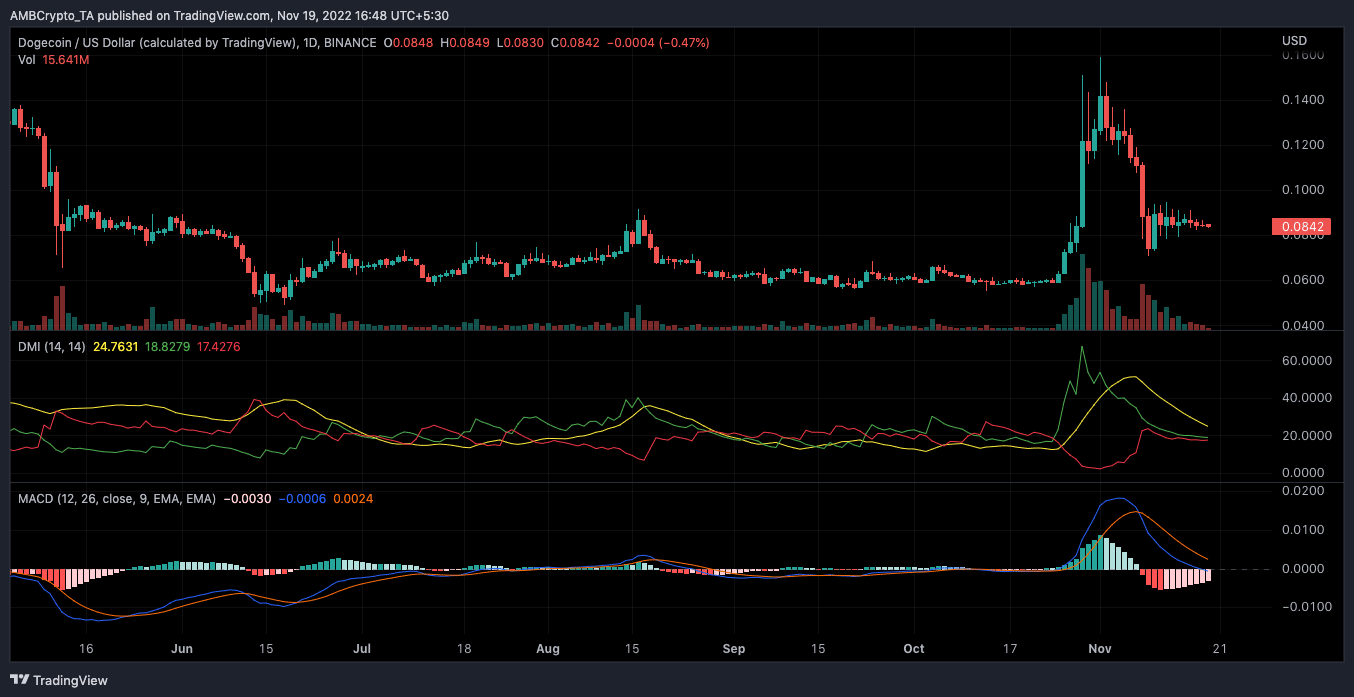 On top of that, the Moving Average Convergence Divergence (MACD) seemed to have secured the bearish prospect. In evaluating the MACD, DOGE sellers (orange) controlled the coin momentum. While the buyers (blue) were not far off, the position indicated a bearish momentum. Hence, it was almost certain that Dogecoin would fail in the bid to revert to an uptick in the short term.

Per its thirty-day Market Value to Realized Value (MVRV) ratio, DOGE’s investors felt the impact of the price decline. According to Santiment, the MVRV ratio, as of 19 November, was -12.74%.

While this signaled a recovery from its state on 9 November, it did not seem enough to help recoup profits initially gained around 30 October. Therefore, the MVRV ratio position implied that DOGE investors had fallen to losses.

At the same time, hitting significant profits for those who recently accumulated the altcoin might be challenging.