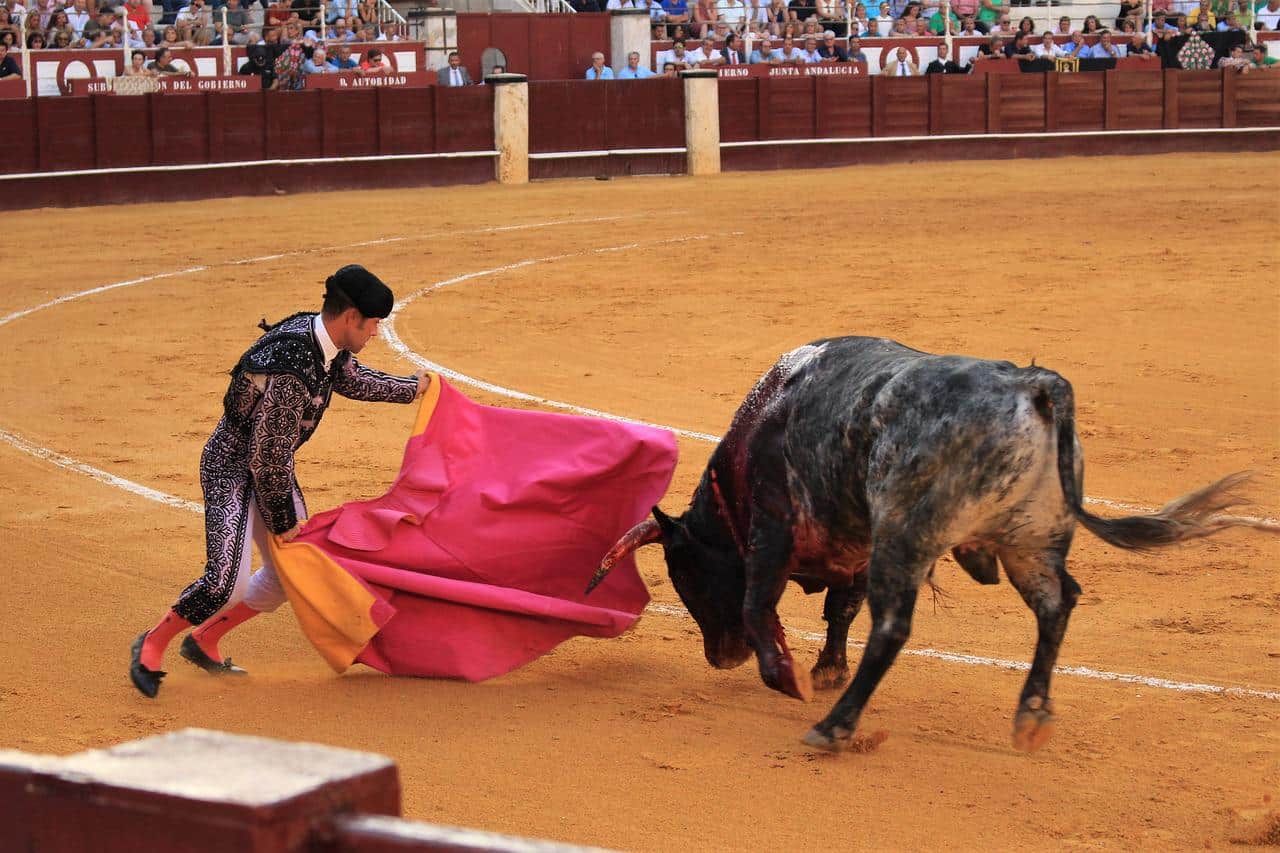 Cosmos [ATOM] bulls have finally made a substantial appearance after a three-month hiatus. This appearance comes as a welcome relief from the bearish onslaught that has gone on for what seems like an eternity. But will ATOM maintain its current trajectory or hand over dominance to the bears given the crypto market’s bearish state?

Market complexities and shifting variables provide a foggy macro view for ATOM’s mid to long-term outlook. However, the short-term outlook offers a much clearer picture. For example, ATOM bulls are already showing signs of weakness after the latest rally. Let’s look at some of the factors that highlight the increased probability of a bearish pullback.

Watch out for short-term profit takers

ATOM traded at $8.90 at press time, which represents a 57% gain from its 2022 low of $5.54 in June. Investors who bought the token near the bottom are bound to start taking profits after the recent gains. This has already started manifesting as increased selling pressure after the price crossed above the 50-day moving average. 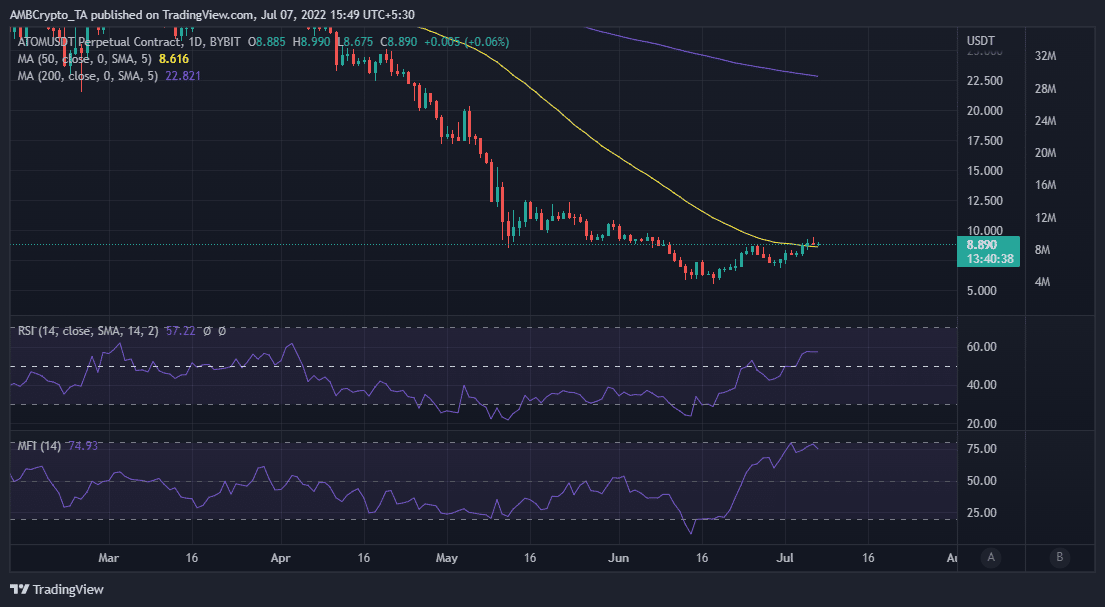 The Relative Strength Index (RSI)’s 50% level has historically acted as a profit-taking zone. Retracement or friction is thus bound to happen when the RSI reaches this level. ATOM’s strong rally has already pushed above the 50% level and the selling pressure has started to manifest. This is also backed by the slight outflows highlighted by the Money Flow Index (MFI) after peaking just shy of the 80 level.

On-chain metrics further enforce a similar short-term outlook. For example, ATOM’s supply held by whales metric registered some outflows in the last two days. It previously recorded significant inflows, confirming that whales have been buying at lower prices. For further perspective, the supply held by whales increased from 43.92% on 1 July (its lowest level in 30 days), to 44.46% by 5 July. It then dropped to 44.28% by 7 July.

The drop in supply held by whales in the last two days also aligns with a drop in the Binance funding rate. This confirms a decline in the derivatives market which mirrors the demand in the spot market. ATOM’s trading volume peaked at 790 million ATOM coins on 6 July before dropping substantially. This confirms the return of some uncertainty near the current price levels.

The future of ATOM

ATOM’s metrics currently point towards a higher likelihood of a bearish retracement after the latest rally. However, there is still a chance that it might extend its upside if market conditions improve in favor of the upside. This might encourage more investors to hold on to their coins rather than selling for short-term gains.

Analyst on Bitcoin – ‘Risk v. rewards is tilting towards…’