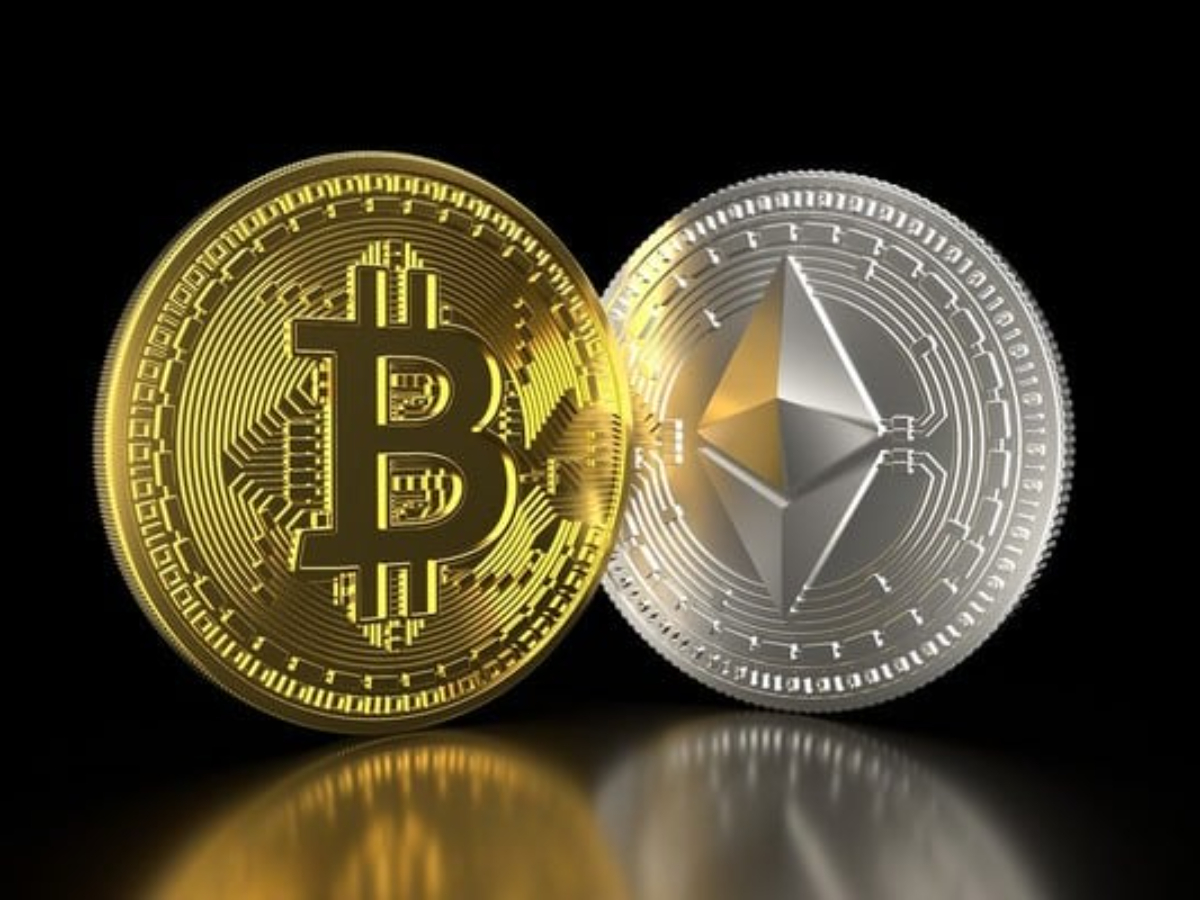 There is huge anticipation around Ethereum’s price action. On 10 November, the altcoin registered a new all-time high of $4,878 on the charts. Alas, a correction followed thereafter. And, it gave investors a subtle hint of what to expect from future price actions. 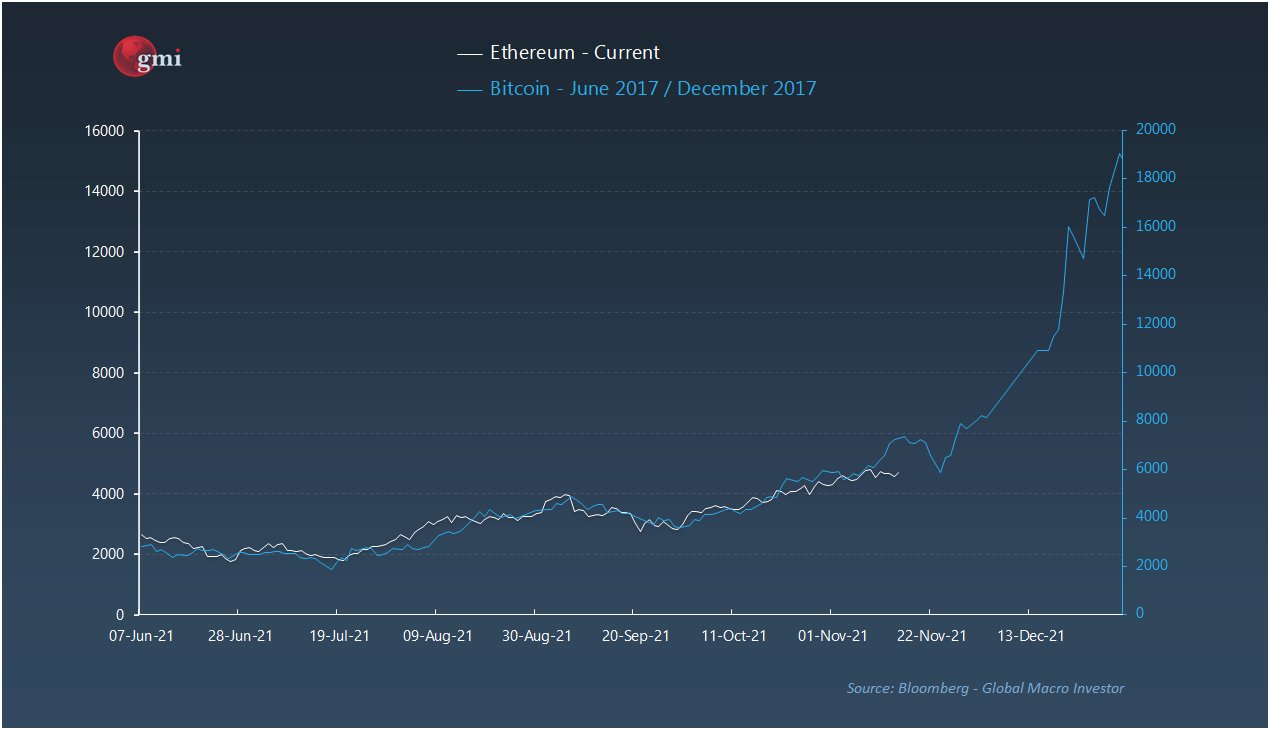 Consider this – Bitcoin recorded a major rally in December 2017, one which took the king coin from $6k all the way up to $19k in a month and a half. This period of appreciation saw the crypto hike by 236% on the charts. 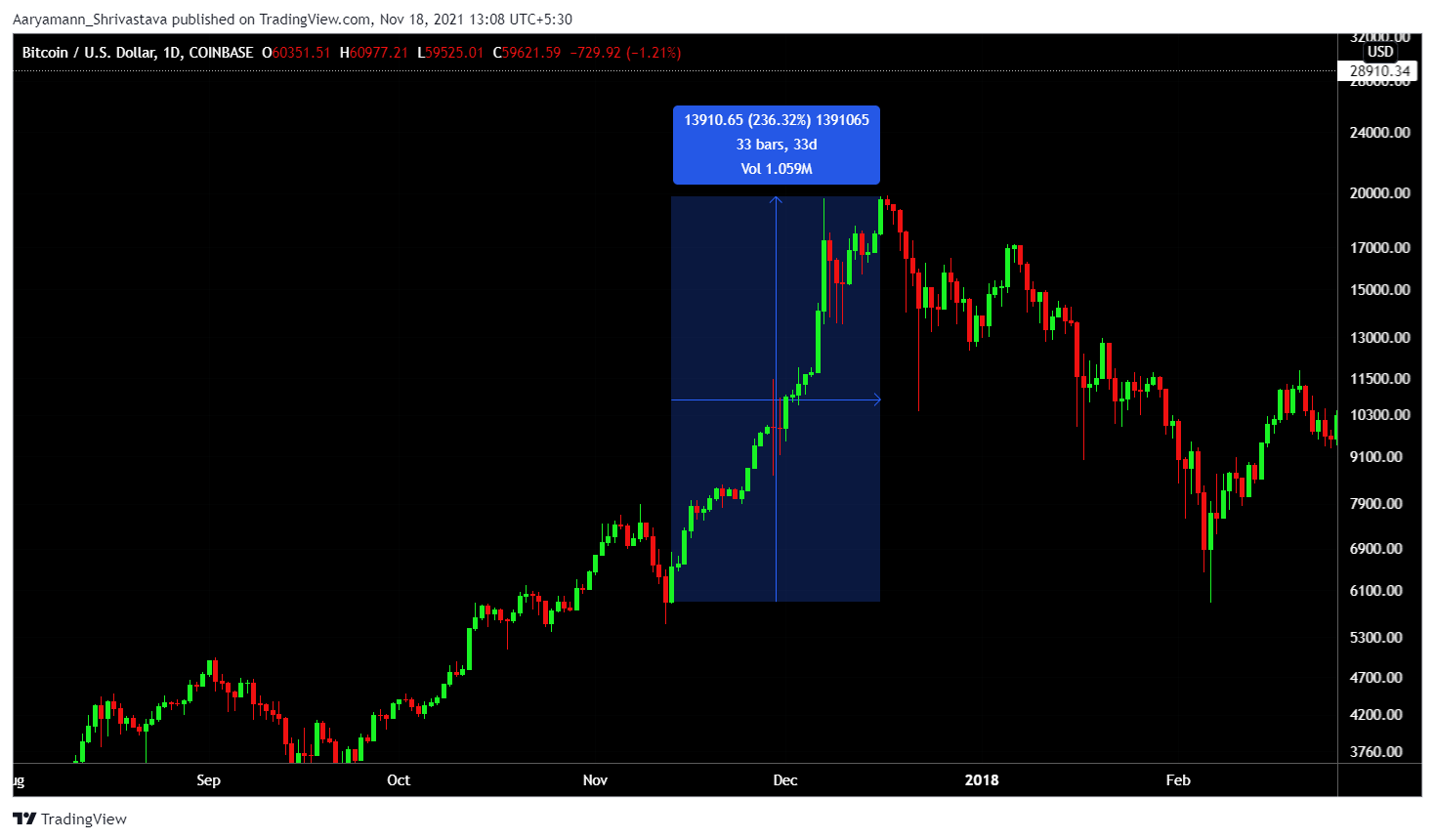 Well, Ethereum isn’t at $6k right now. Even so, since it is apparently imitating BTC’s movement, we can check both ways to see what kind of expectations to hold from ETH.

The first way is to see what a 236% rally would look like for ETH. Second – What kind of hike is needed for ETH to touch $19k? 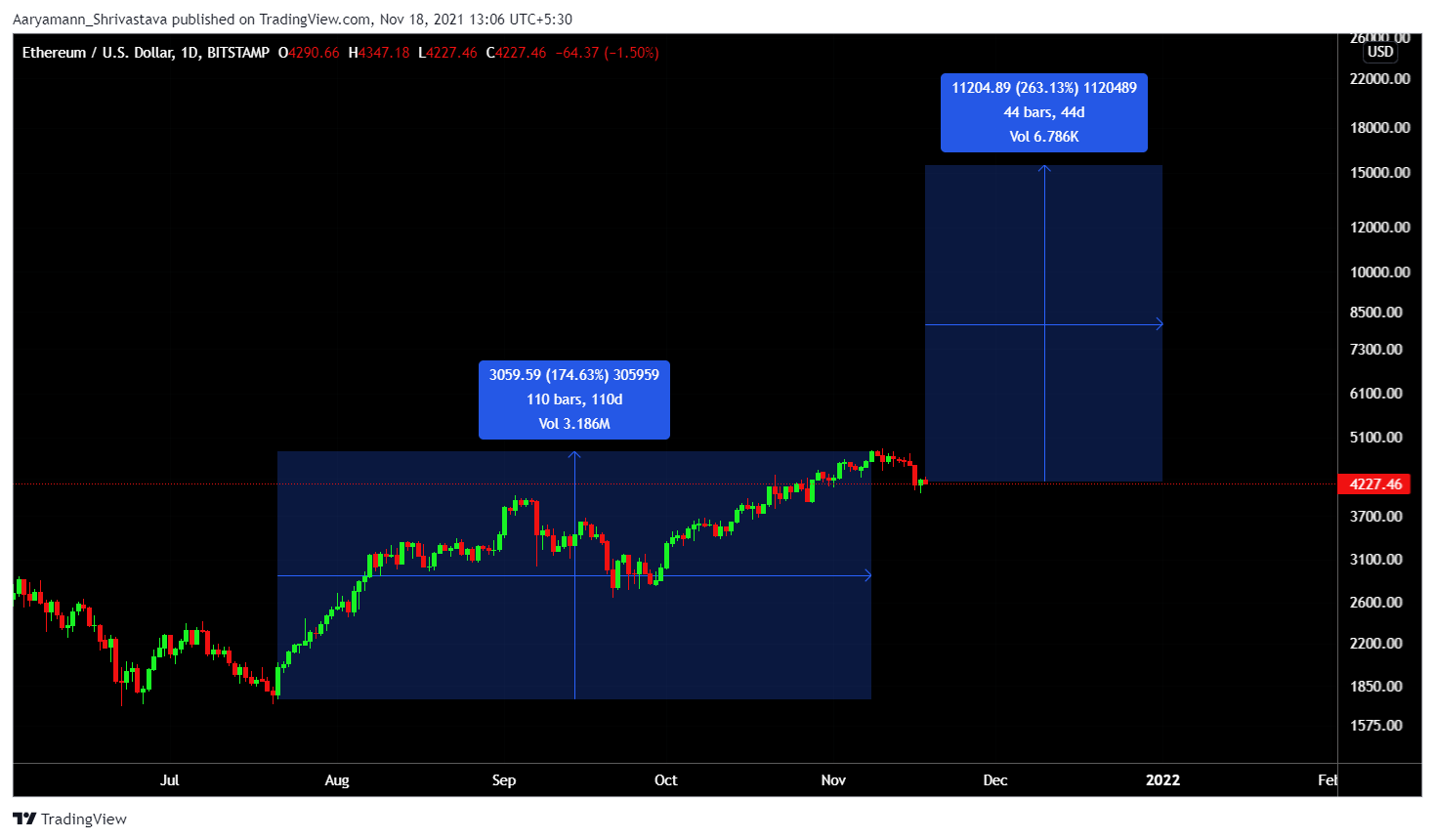 Well, one shouldn’t forget that Bitcoin is one of a kind. Ethereum, on the other hand, is not the next Bitcoin. In fact, ETH’s rise hasn’t been strong enough to support a 343% rally in any way. Even a 236% rally looks doubtful at the moment.

During the strongest rally period of August – November, Ethereum only went up by 174% in three months (ref. Ethereum price action image). So, it would make sense if it didn’t actually achieve either case within just a month’s time.

But, if it really were to go berserk, hypothetically, at best we can see $11k becoming a reality since that price level holds the highest demand from investors. Currently, almost 142k contracts are calling for it. 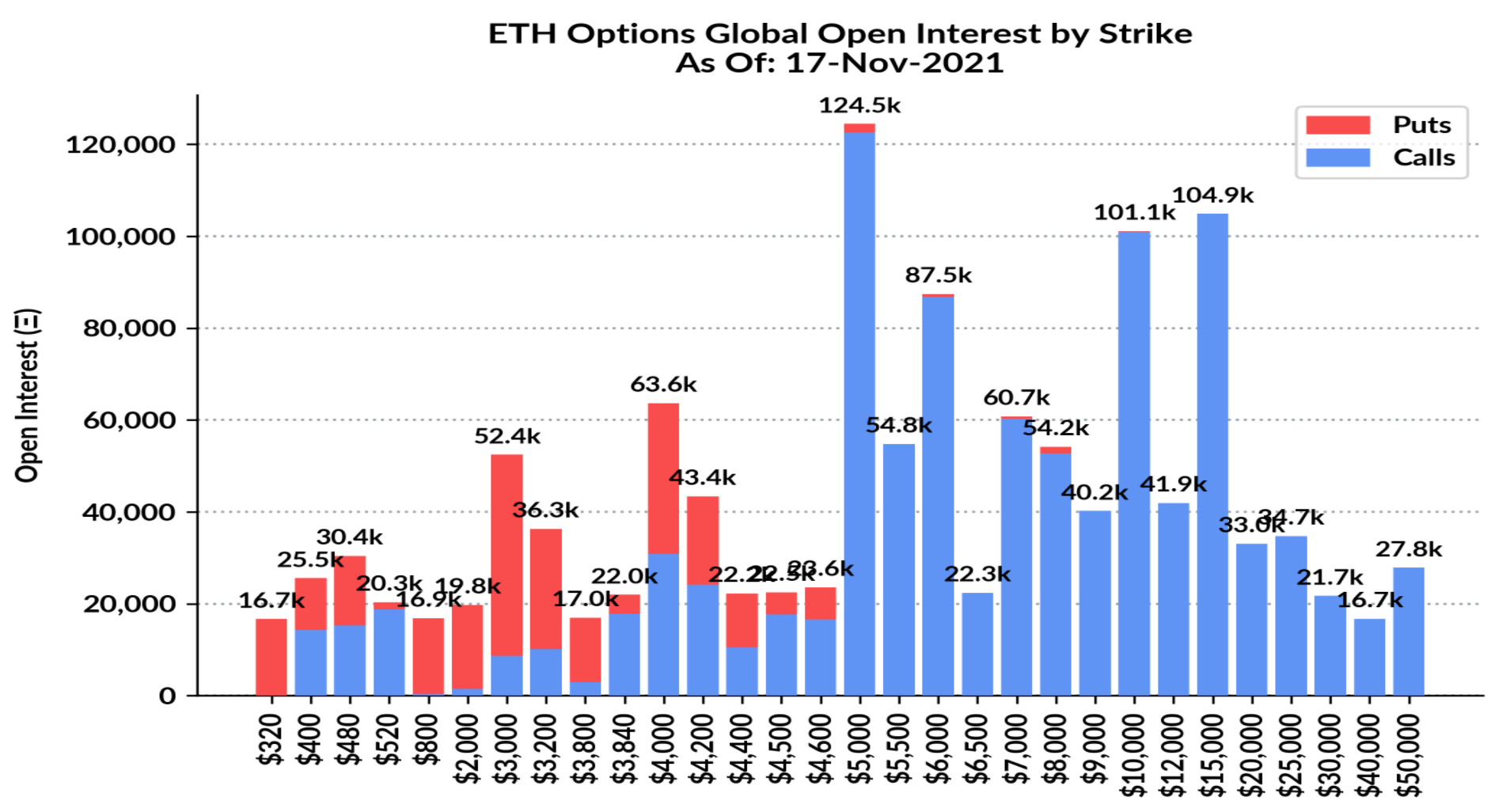 Interestingly, the next big expiry is scheduled for December. If all the pieces fall together, maybe ETH could hit $11k by then.

Of course, participation plays an important role since a growing number of investors is key to any rally. Back in 2017, at the end of September, Bitcoin had approximately 646k active addresses on the network. This went up to 1.15 million by the beginning of 2018. 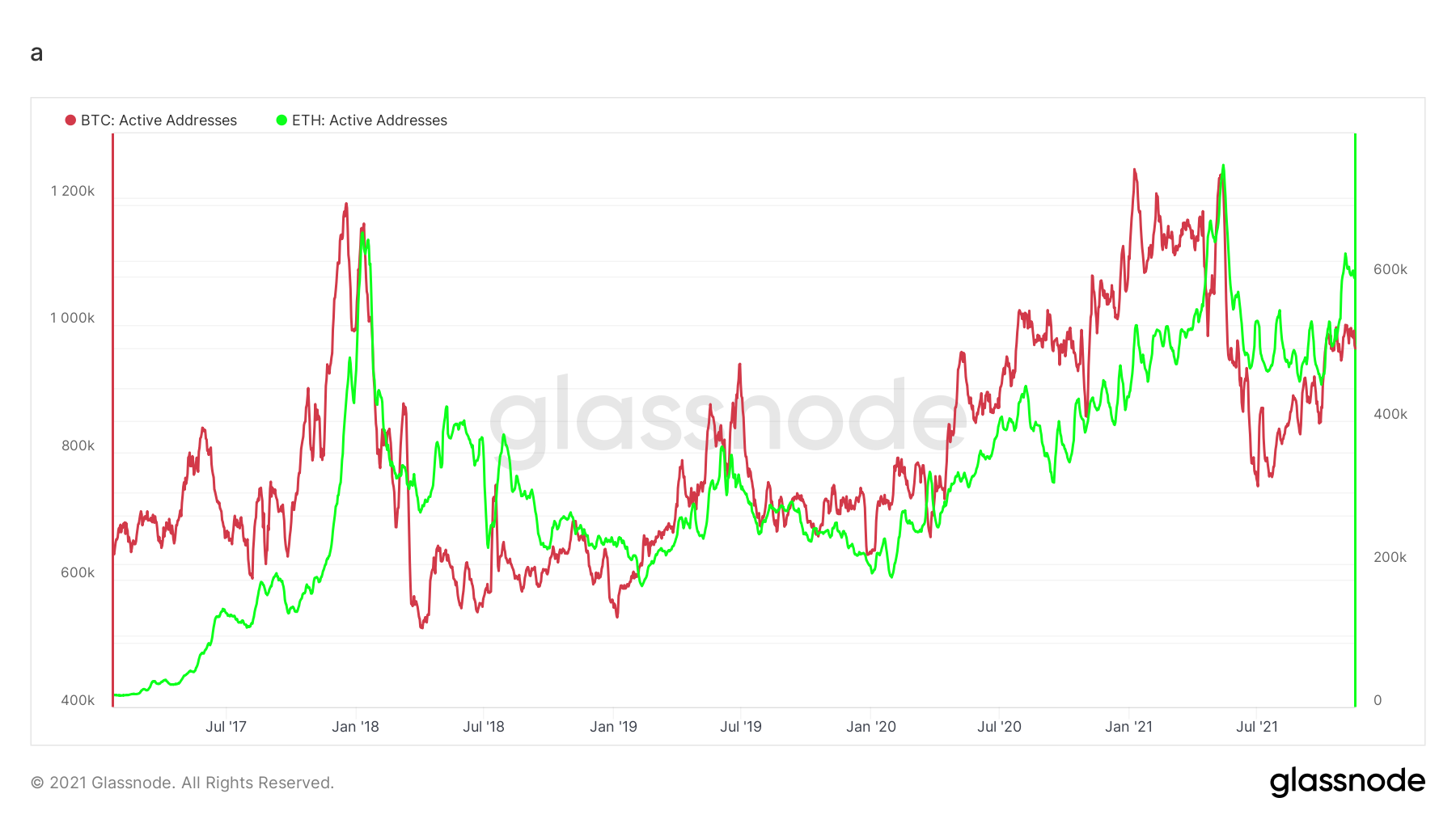 ETH, towards the end of September, had about 450k addresses. Despite having more addresses than Bitcoin though, it still has lower active addresses. This will need to change if Ethereum plans to touch $11k by the end of 2021.