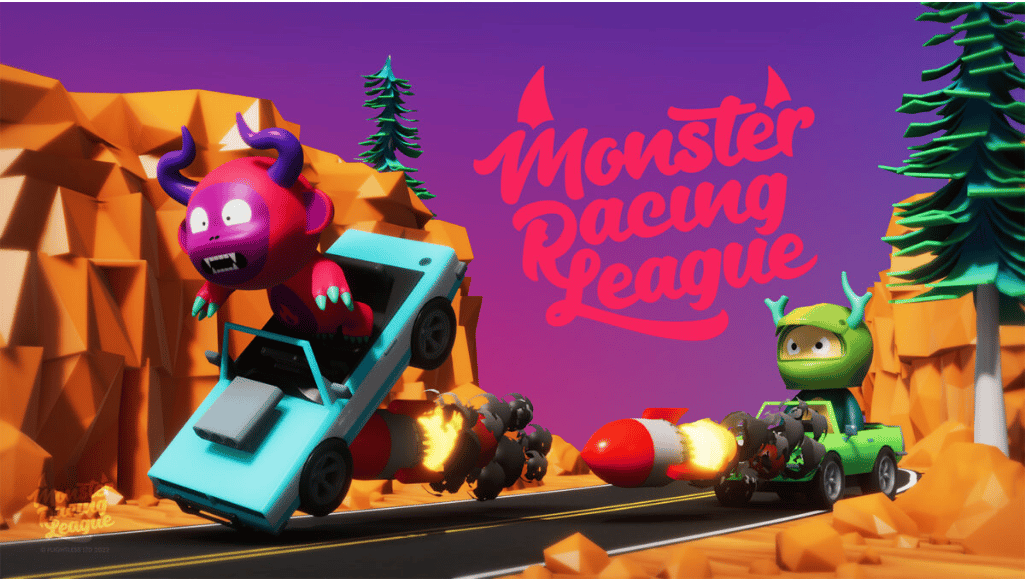 Monster Racing League is an exciting new play-to-earn game in an entirely new Auto-racing genre. To create and bring this game to market, an experienced team has been put together between Flightless, the game development studio, and Phat Loot, who are experienced in in-game and blockchain development.

Monster Racing League is a multi-player, play-to-earn game that combines strategy and skill. In the game, Monsters drive themselves using Flightless AI technology. This enables players to focus on timing their offensive and defensive abilities, disrupt their opponents, and gain a competitive advantage to win the championship.

Players will earn rewards by performing well in races and can have full ownership of their monsters, vehicles, tracks, and other items. These items will be tradable on the Monster Racing League marketplace as well as third-party marketplaces.

Players can already play a demo of the game and get entry to the whitelist for the July 1st public mint by visiting the website or Discord below.

The team behind the game

The game is developed in partnership between Flightless and Phat Loot. Flightless is handling all aspects of the game development and Phat Loot are publishing and marketing it.

Flightless: An established award-winning game development studio working across mobile, desktop, and console titles. Founded in 2005 as a digital design company, the platform has transitioned into a full-time games studio developing its own IP.

Flightless has a team of exceptional creative directors, designers, and developers to produce original-looking games that have a creative approach, a player-centered focus, and often involve environmental themes.

Flightless is known for its RTS game Element, and the Apple Arcade title Doomsday Vault.

Phat Loot is composed of Phat Loot Studios and Phat Loot Defi, who bring experience across game and blockchain development as seen in their flagship game Untamed Isles and Guppy Gang NFT. Phat Loot is led by Joshua Grant, who previously was CEO of Project Fireball, one of the largest TCG marketplace sites in the world. Joshua is an expert in creating and leading high-performing teams and has a deep understanding of game design and development.

The company’s vision is to build game titles that are exciting and constantly improve the quality of games that are being released. They include the community throughout game development, something is rarely seen in the industry. They focus on gamers first and making games that are engaging and fun to play.

Untamed Isles, a highly anticipated MMORPG currently in development by the team releasing this year, offers a living world for monster tamers to explore. The game features more than 1 million monster combinations to tame and battle with and lots of activities to enjoy.

Monster Racing League is set to make a splash in the Play-2-Earn space when it launches later this year.

With a strong game development team in Flightless and Phat Loot’s experience in blockchain, publishing and advising, Monster Racing League is one of the hottest P2E games to look out for this year.