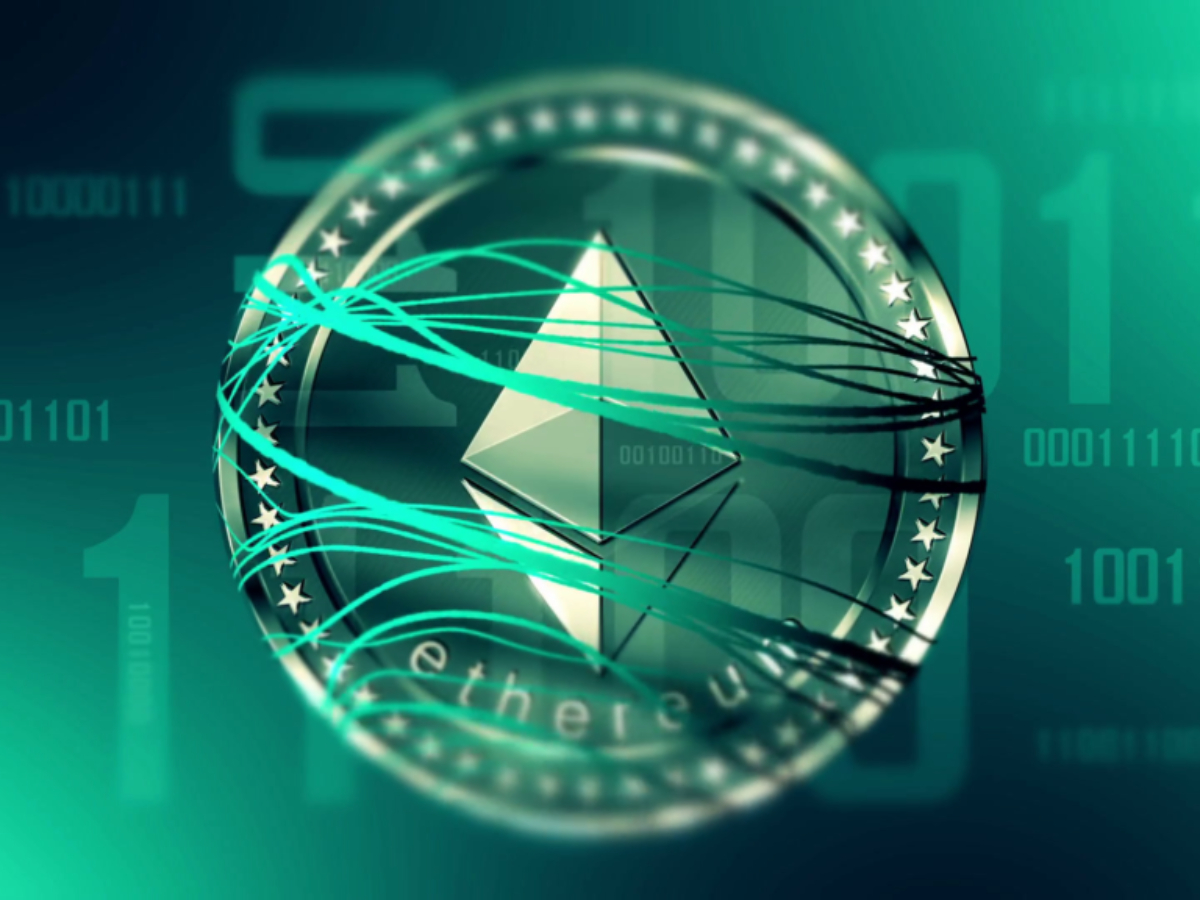 Unlike the rest of the market, Ethereum did not witness much decline on December 4. On that day it only fell by 2.3%. However, the wick it created managed to terrify every Ethereum investor. The bigger question is, how it happened.

The events of December 4 are credited to multiple reasons however, IntoTheBlock may have figured out the reason individual to Ethereum.

As per data, the institutional investors were responsible for this fall since their volumes suddenly shot up by $6 billion and reached $18 billion. 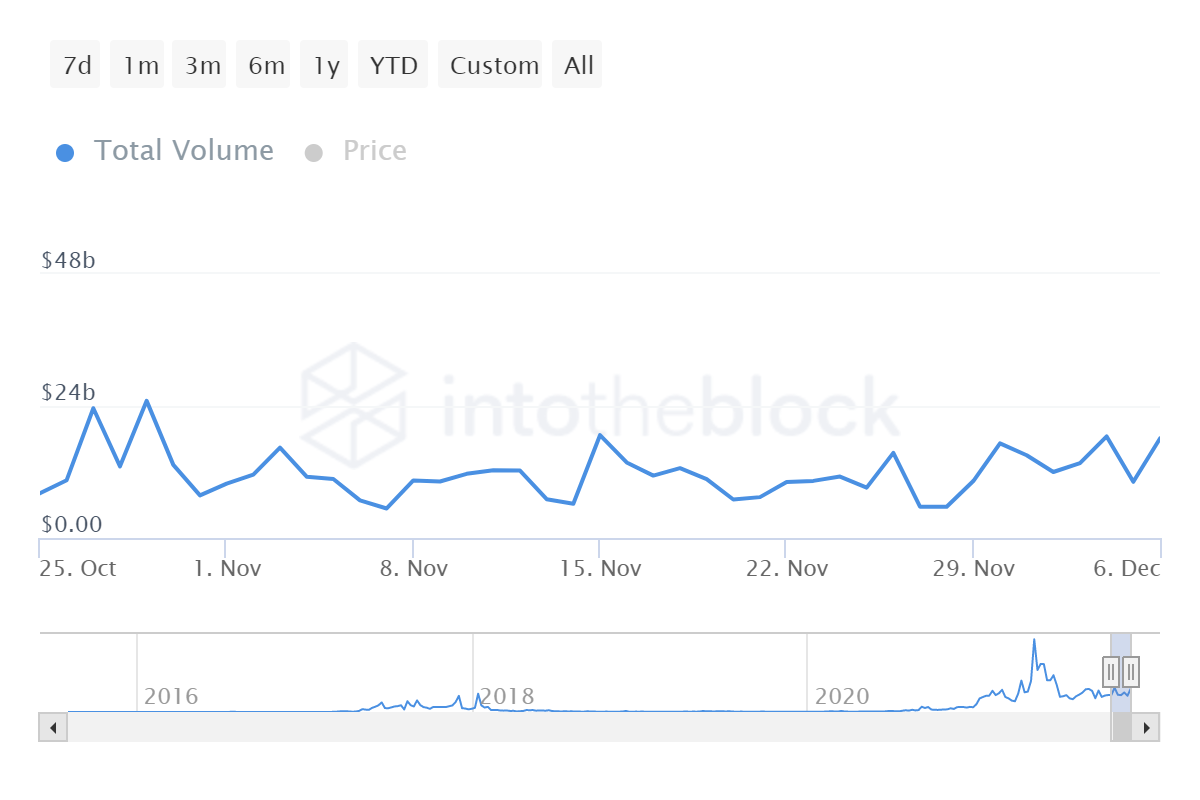 Before closing at $4124, ETH almost dropped to $3470 that day owing to the huge downside wick. The last time volumes this high were observed was right before Ethereum dropped by 7.73% on November 15.

This is also verified by the fact that these large transaction volumes represent 89% of all volumes on December 4 which was a little over $20 billion. 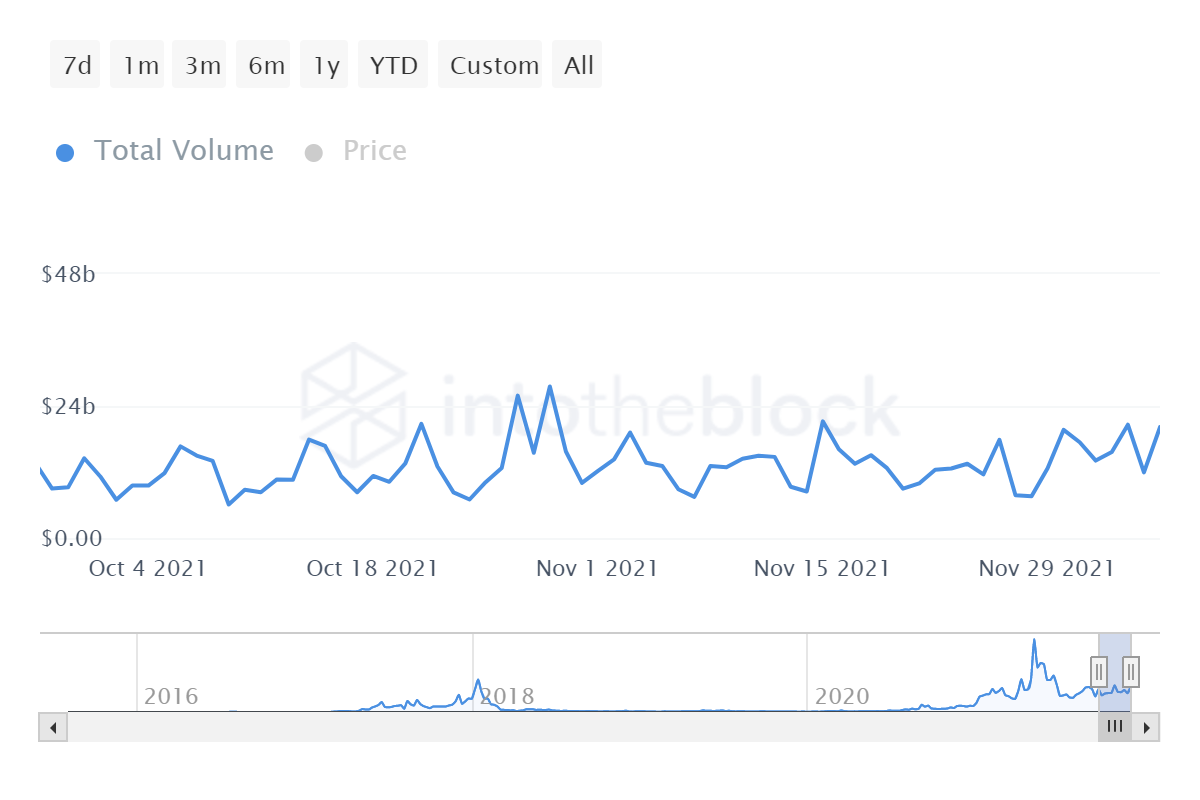 In any case, investors did not let go of this opportunity and rushed to buy the dip. Even investors who were previously inactive suddenly came back and active addresses spiked by 50% 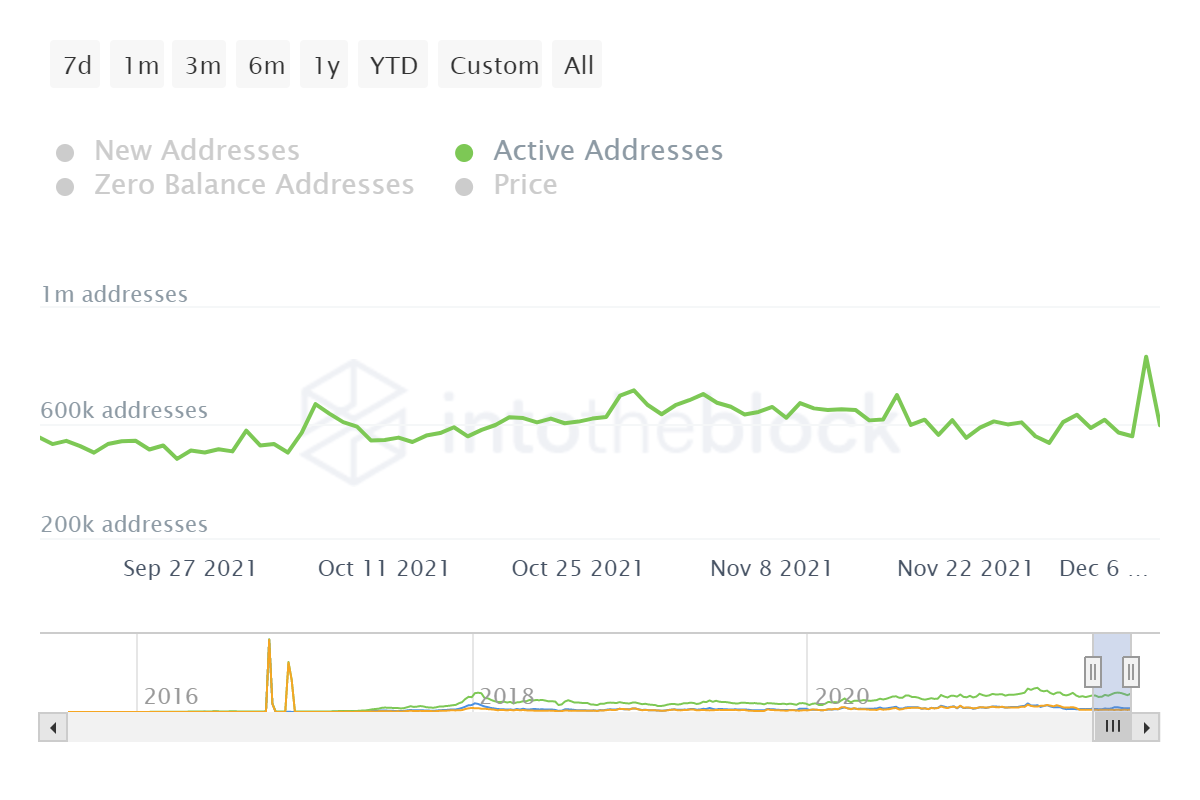 Some of them were in for buying the dip, however, most others were probably not, as the day after December 4 more than 81k ETH worth $354 million was sold into exchanges as per netflows.

Anyhow, Ethereum investors continue to remain the most profitable, with only 10% of all active addresses facing losses. 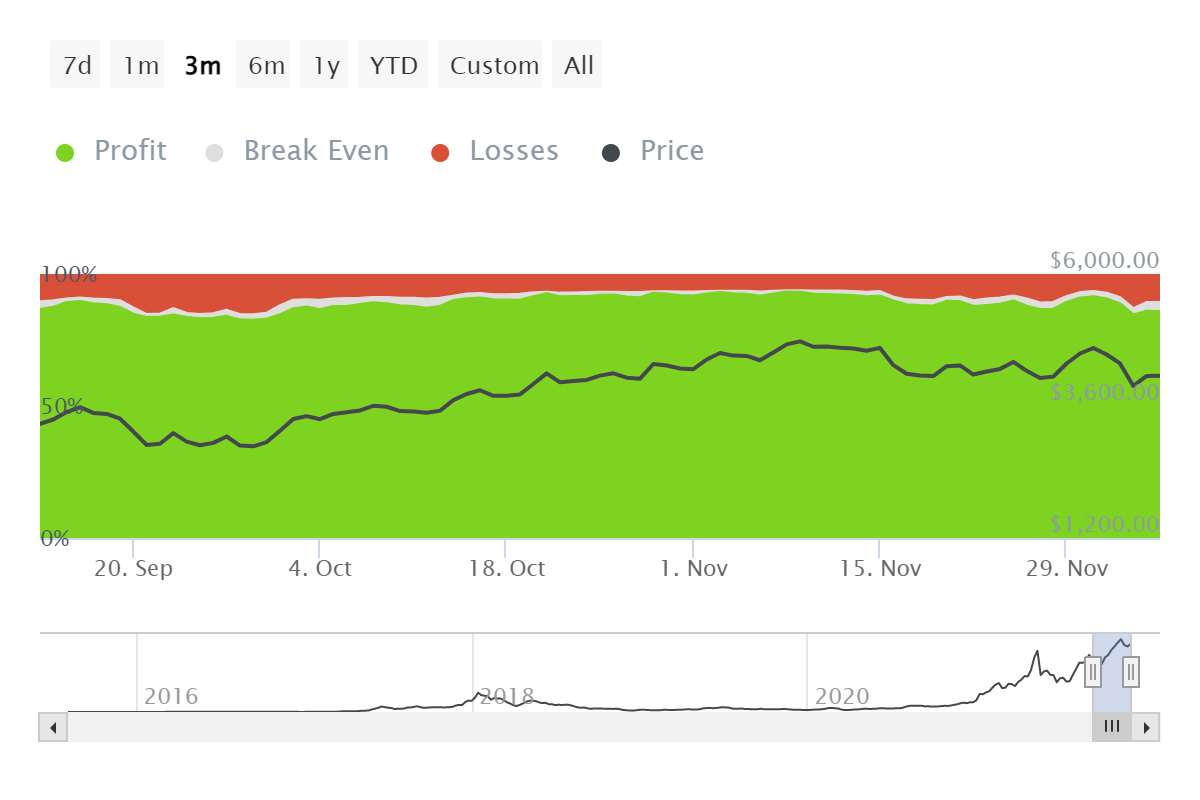 Additionally, as more addresses join the network, ETH’s volume and liquidity rose as well. Looking at the average balance which had not seen a major drop since September, it’s apparent that ETH investors are going to continue rising up.

Presently, the bearish momentum seems to be subsiding away as MACD is about to make a bullish crossover above the signal line. 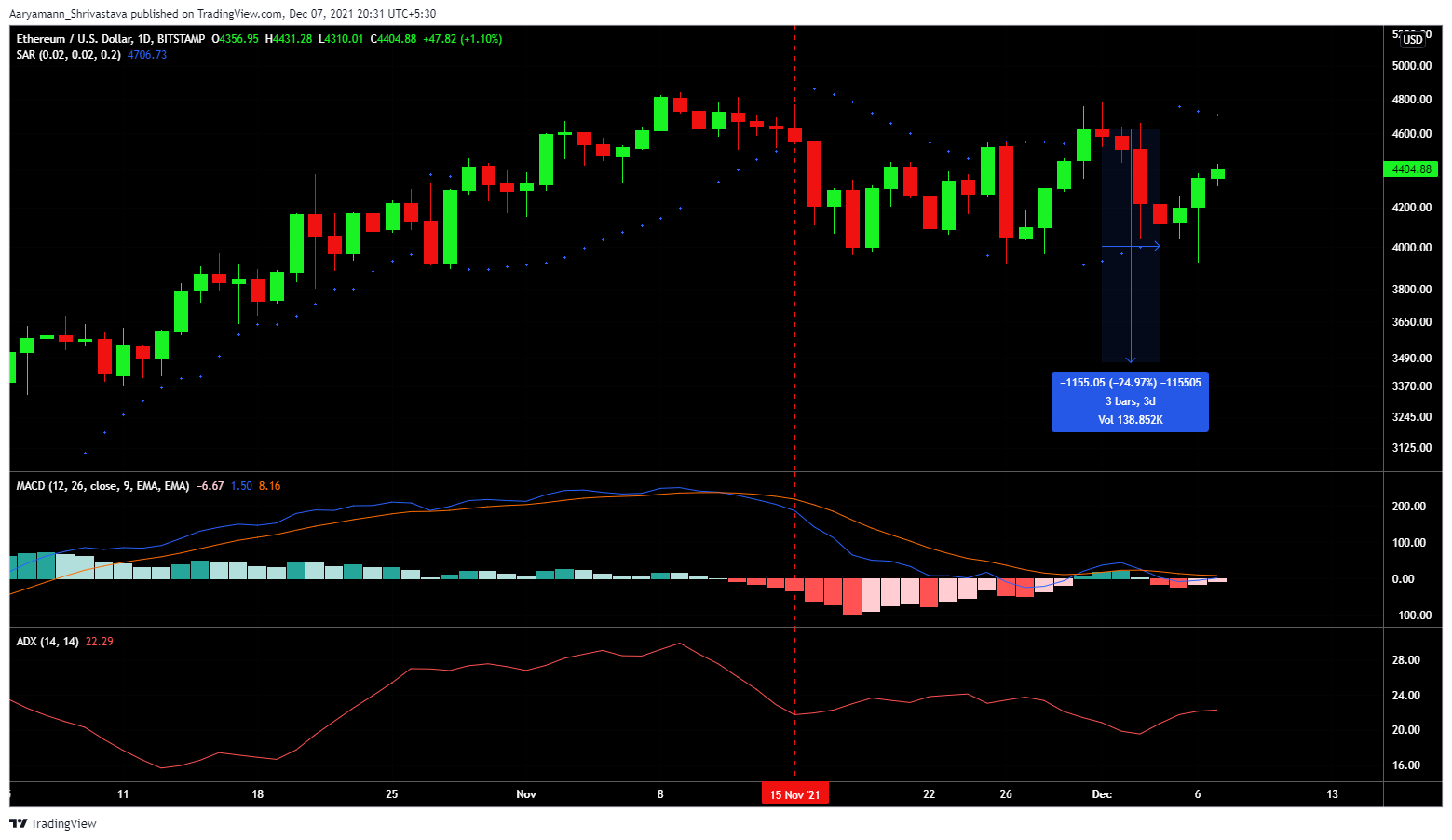 And the rising ADX indicates the strength of the active trend is getting stronger. Since candles are currently green, it could mean that the active trend could turn out to be an uptrend and once ADX breaches 25.0, the market could see a reversal.

‘We are definitely almost there,’ Zimbabwe’s central bank governor on CBDC