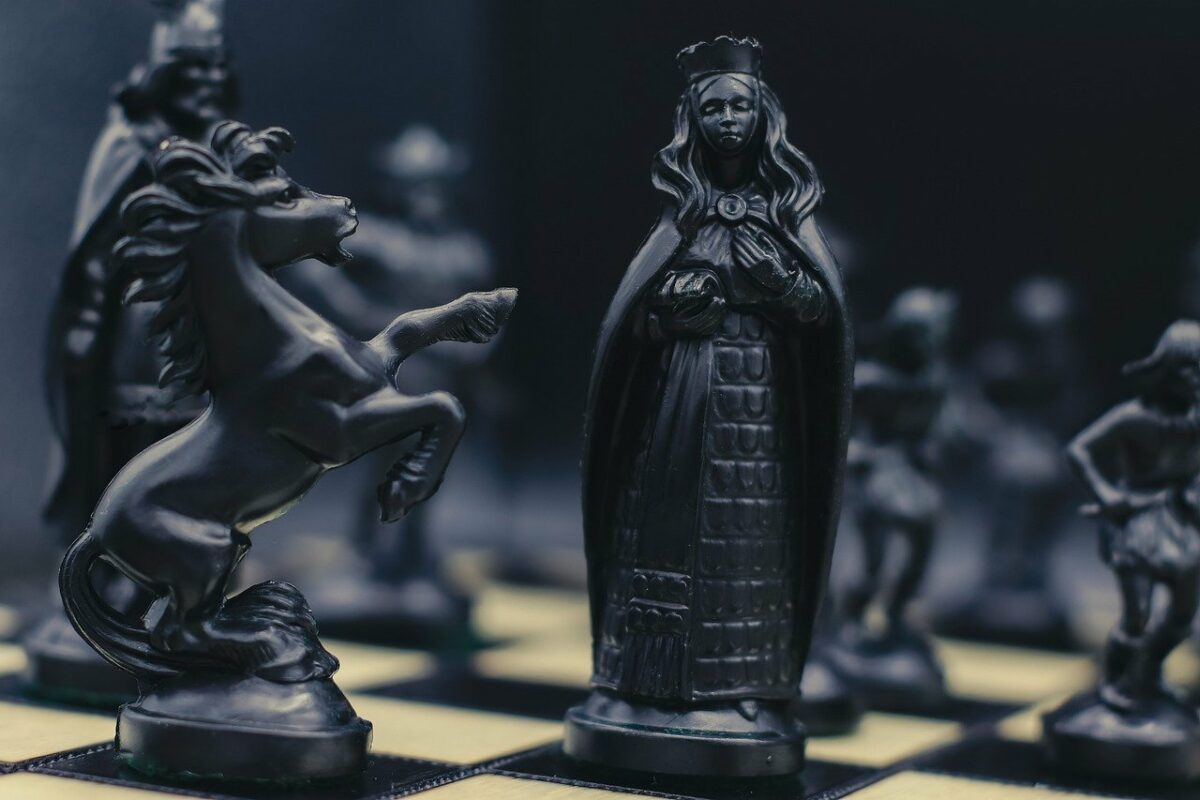 MKR tokens of the MakerDAO offered a short-term buying opportunity. Although the price action of the past month resembled that of a range, it was possible that the recent demand behind MKR could drive the prices higher. To the north, the $2200 and $2350 would likely see selling pressure. 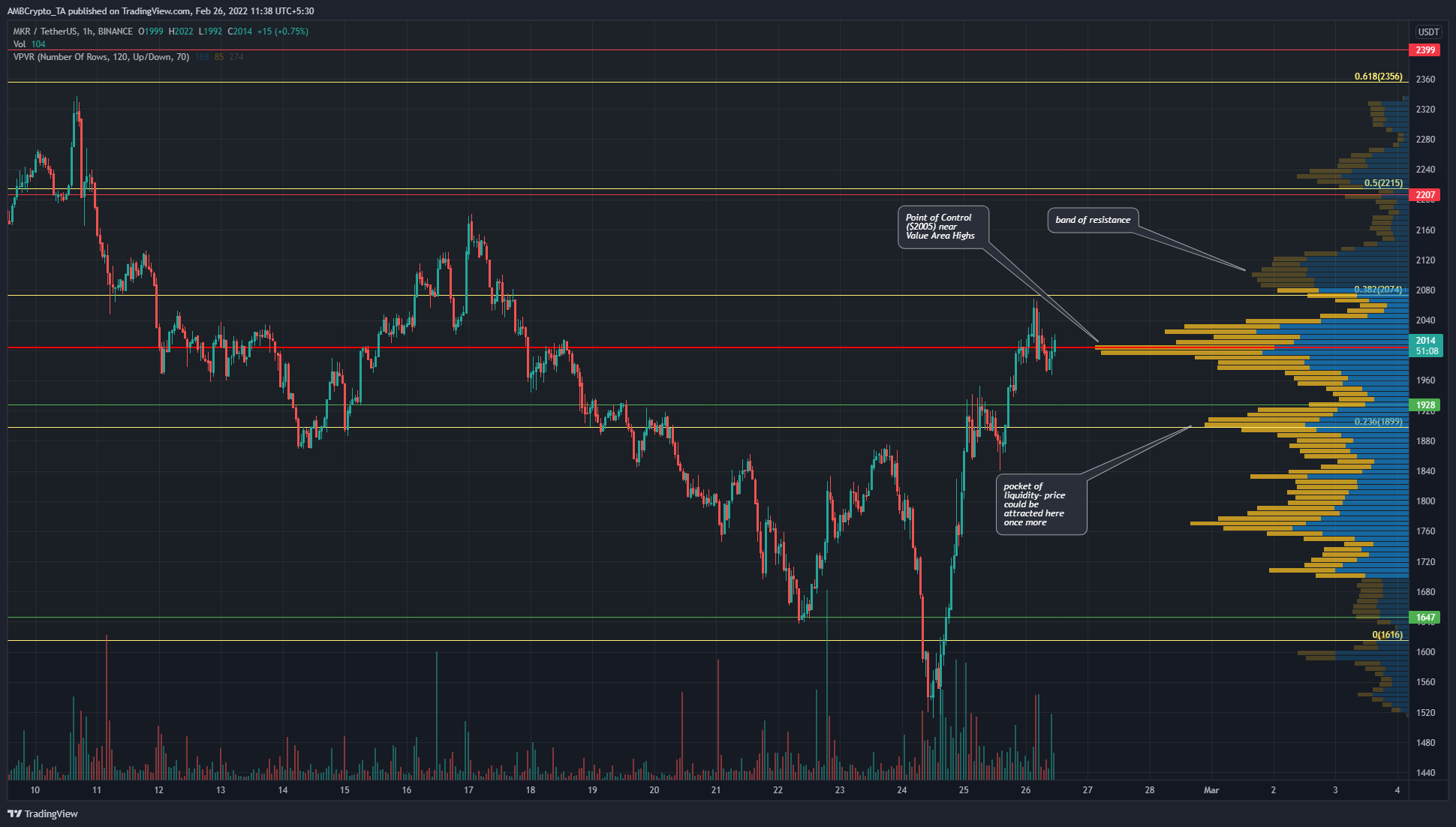 The Volume Profile Visible Range offered an interesting insight into the MKR trading activity of the past two weeks. It showed that the Point of Control lay at $2005, and represented the area where price has seen the most trading since 10 February.

To the north, the $2120 band was also a place of interest, while to the south the $1900 level had confluence from a Fibonacci retracement level, a longer-term support level at $1928, and the VPVR tool itself.

Therefore, even though the past month has seen MKR trade within a range from $2300 to $1650 for the most part, the short-term market structure was flipped to bullish once the $1850 level was broken. 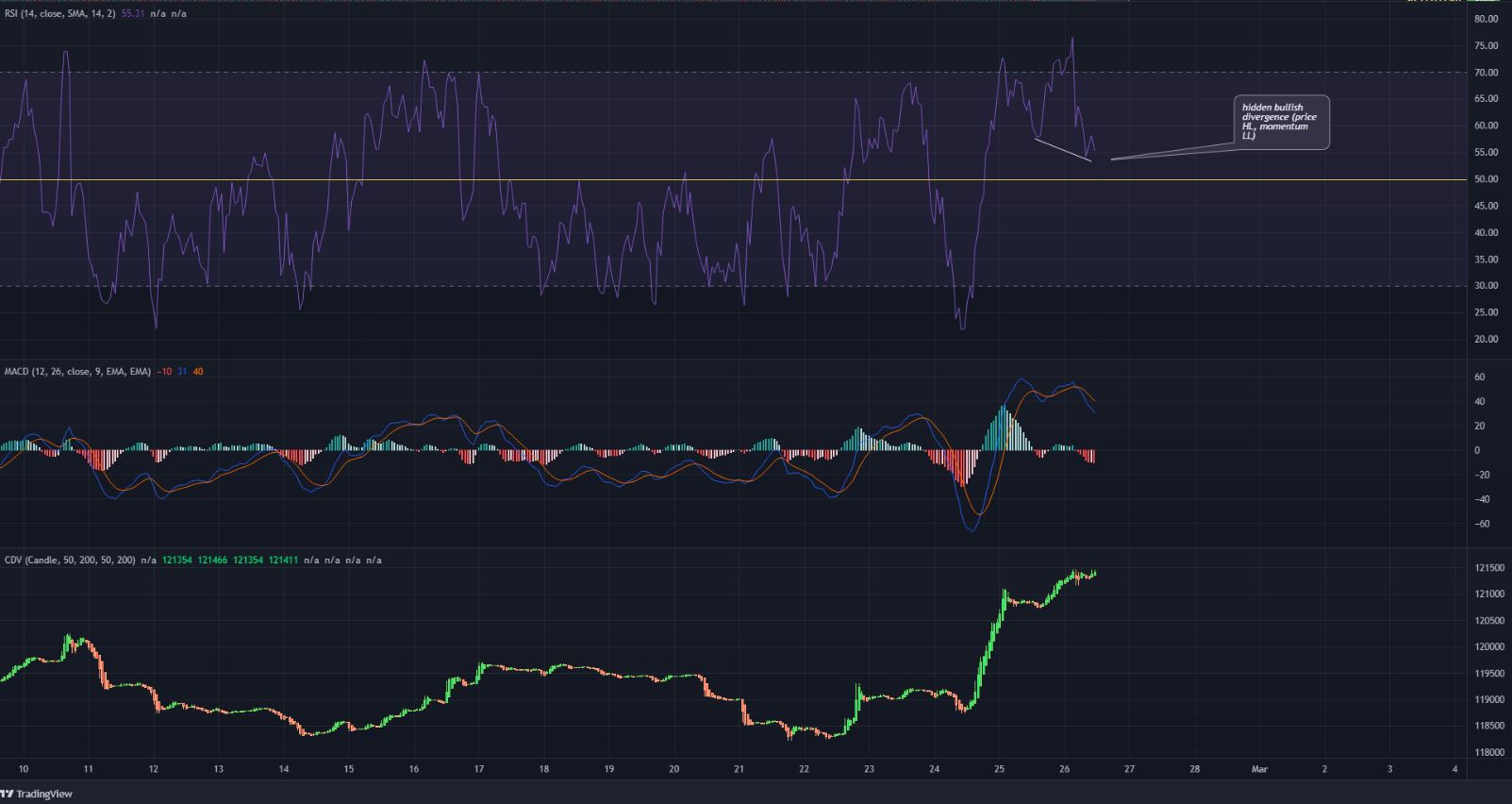 The MACD formed a bearish crossover above the zero line in response to the pullback from $2075, while the CDV showed that the past couple of days has seen heavy buying volume. This was encouraging for the bulls because it showed that the buyers have indeed taken control of the driver’s seat for MKR, at least for a short while.

The evidence for demand and the divergence on the hourly timeframe, coupled with the VPVR, showed that the ongoing pullback could offer a near-term buying opportunity. As always, Bitcoin could have an impact on MKR. Buys at $2000 and $1900 can be sold at $2200-$2250 in the next few days.

Related Topics:MakerDAOMKR price prediction
Up Next

After the Russia-Ukraine war, is there a crypto conflict on the cards

Is the US SEC playing on the back-foot with Ripple’s offensives in court?