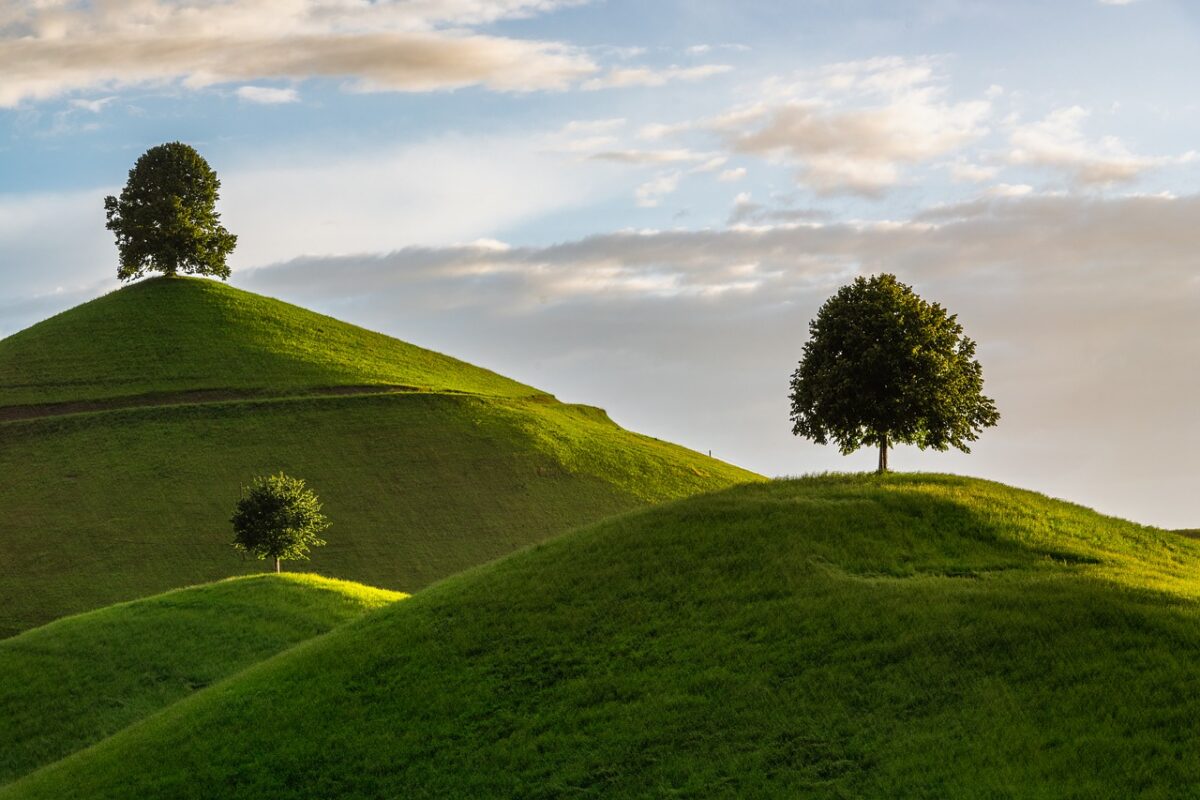 VeChain has been bullish on the charts in the past week. The near-term outlook continued to lean toward the bullish side as the market structure for the token remained bullish on the lower timeframes. However, the $0.75 level would need to be flipped to support in order to garner interest from investors with a longer investment horizon. Vechain has gained nearly 25% in the past week. But the question is- can we expect further gains? 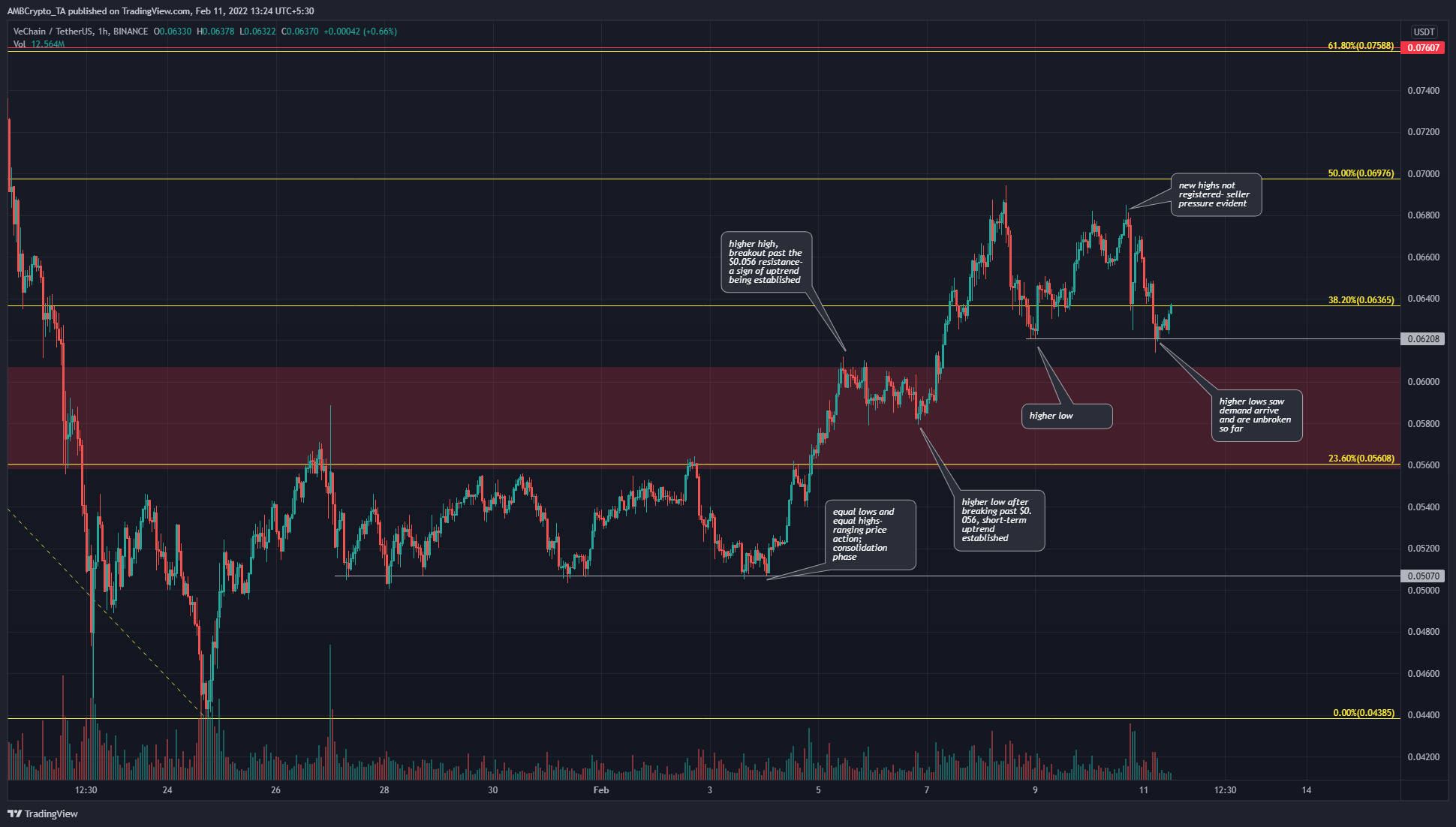 In late January and early February, the price entered into a phase of consolidation as it formed a range between $0.05 and $0.056. In the past week, VET broke out past the range highs and has been climbing since. It was able to reach the $0.69 highs but was unable to push higher.

The Fibonacci retracement levels (yellow) have been plotted based on VET’s move down from $0.096 to $0.043 and gave the $0.056 as the 23.6% retracement level. Moreover, the $0.056 area has had significance since February 2021- hence, VET climbing past this area in recent days was important.

At the time of writing, the $0.062 mark (higher low) has been held as support.  The market structure remained bullish, but a close below $0.062 would signal a possible move back to the $0.06 area in search of demand. 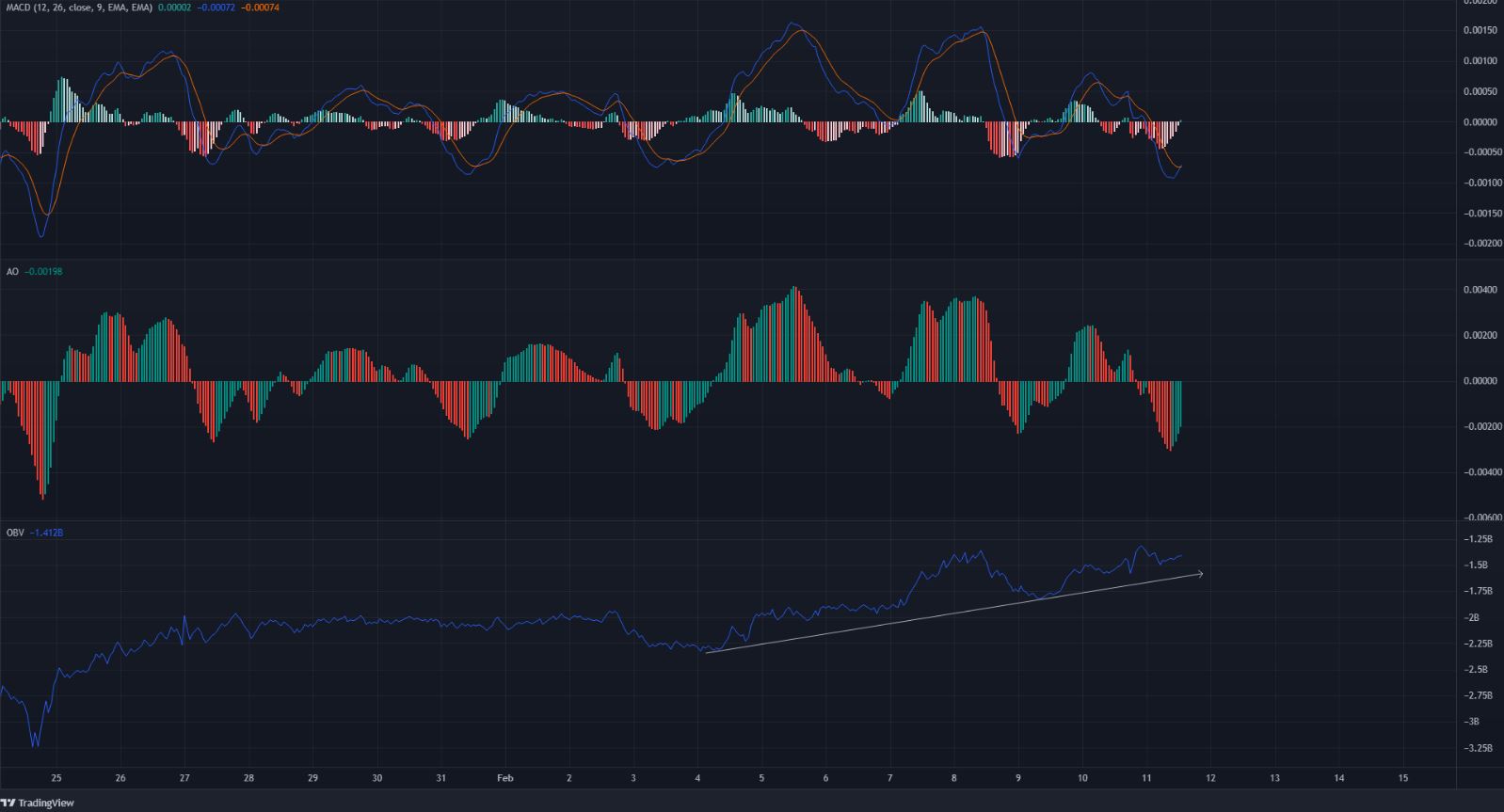 The MACD made lower highs even as the price attempted to push past $0.069. The Awesome Oscillator also fell back beneath the zero level to indicate bearish momentum. On the AO, the momentum has been bullish for the better part of the last week.

The OBV also backed the AO- steady demand has arrived in the market in the past few days as the OBV made a series of higher lows. Hence, even if the short-term bullish market structure were broken, the $0.056-$0.06 area could see bids arrive.

The $0.075 and $0.0699 levels were imminent resistance levels, while $0.062 was a near-term support level. Even though the momentum of the past couple of days has been bearish, VET could yet make another push toward the $0.075 level. The $0.056-$0.06 area was significant across a longer time period. Hence, as long as VET bulls can defend this area, a move higher can not be ruled out.

Related Topics:VechainVET price prediction
Up Next