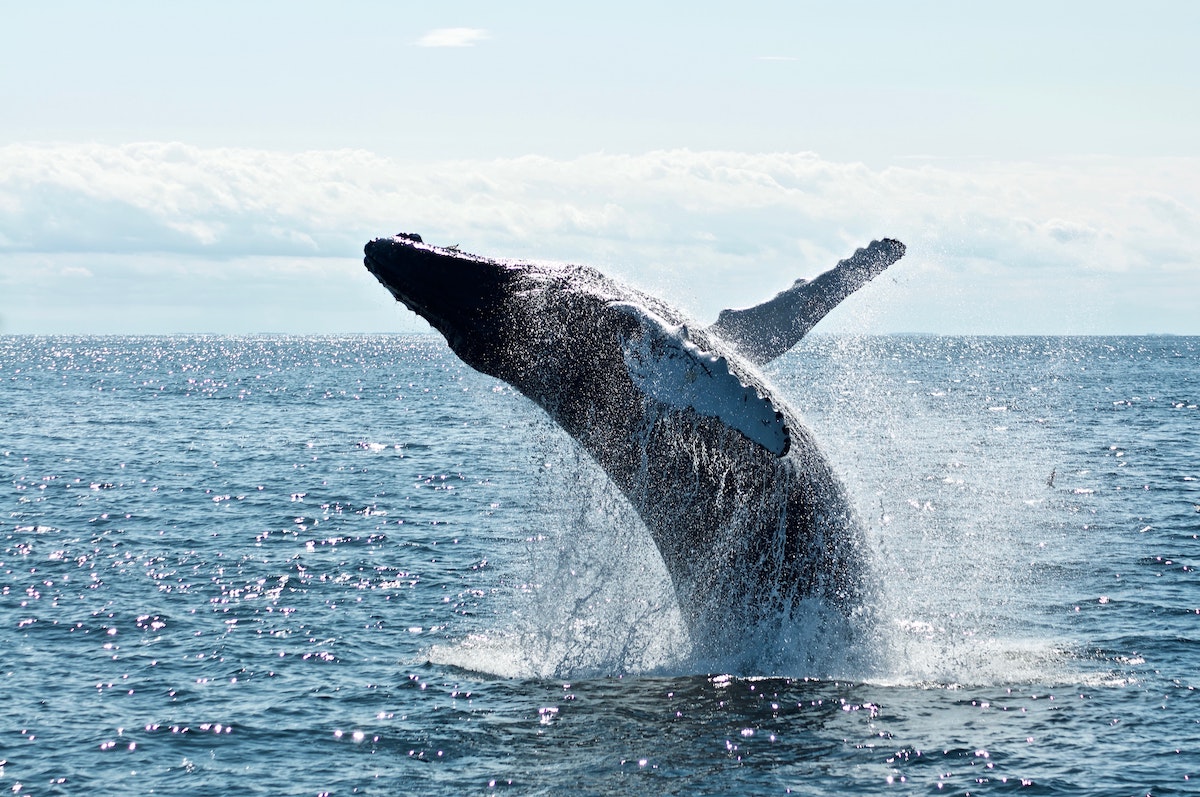 Bitcoin has been recovering since 4 December, after reaching a local low of $42,000. In fact, it has increased by more than 6% in the last 24 hours. Thus, indicating that the market is becoming more optimistic. At the time of writing, the king coin was trading at $51,373, up by 8.5% in the last 24 hours.

Interestingly, the recovery back above $50,000 was an unexpected move by a majority of the holders, according to social sentiment indicators like the Fear and Greed Index. Well, it is worth noting that whales have played a prominent role in providing strong support to the bulls.

Recently, the third-largest BTC whale accumulated more than 2,700 coins for a total of $136.7 million in a day as the cryptocurrency spiked above $50,000 on 7 December. Notably, the mystery entity has bought over 5,600 BTC in the past two weeks. CryptoQuant’s analyst, VentureFounder explained it this way:

According to him, this is “officially the highest number of Bitcoin ever held in this wallet: 118,017.” The whale here has spent around $2.5 billion. Well, the previous record was in July this year when BTC had fallen below $30,000. 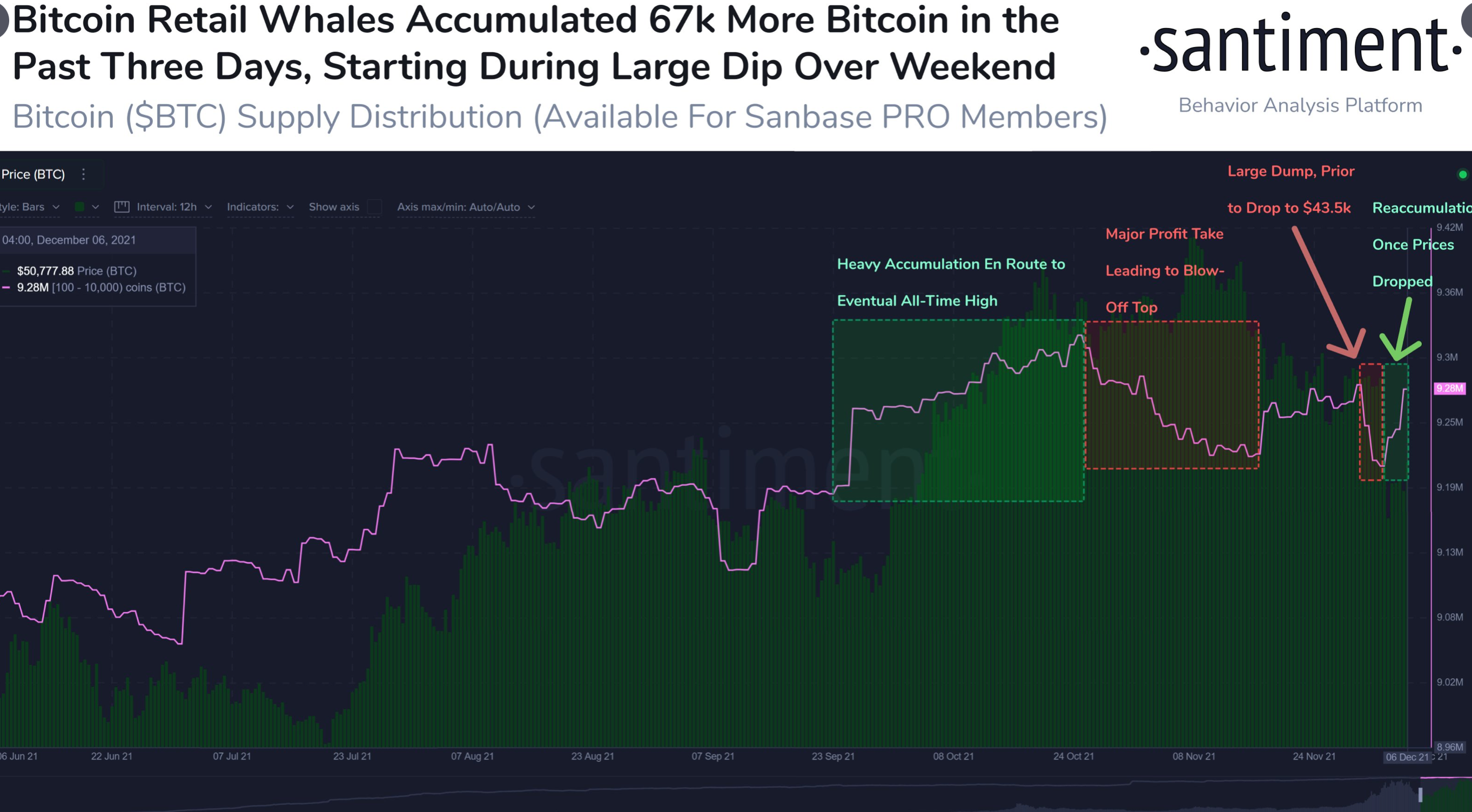 “Bitcoin has recovered back to $50.1k Monday, and whale traders played the dip to perfection. Beginning during the dump to $43.5k, addresses holding 100 to 10k $BTC have accumulated 67k more $BTC after dumping the same amount before the price drop.”

Overall, the market saw recovery, once holders of aforementioned wallets owning BTC bought back their holdings. In fact, the cryptocurrency market cap added $200 billion since 6 December as BTC and most altcoins noted impressive gains.

Despite the climb, the Bitcoin Fear & Greed Index, which measures crypto market sentiment analysis, is still showing ‘Extreme Fear.’ Now, the question here is- will this change as BTC continues its march? Probably yes- but still, investors might have to wait and HODL.

There’s still work left to be done for the largest cryptocurrency coin. Leading crypto analyst Michael van de Poppe highlighted this on Twitter. He predicted the next resistance levels for Bitcoin at $51,600 and $53,600.

#Bitcoin held the level at $47.8K after breaking beneath, through which the other side of the range was tested.

Traders seem to be wondering if BTC can still reach at least the previous ATH before 2021 comes to an end. Well, only time can tell.