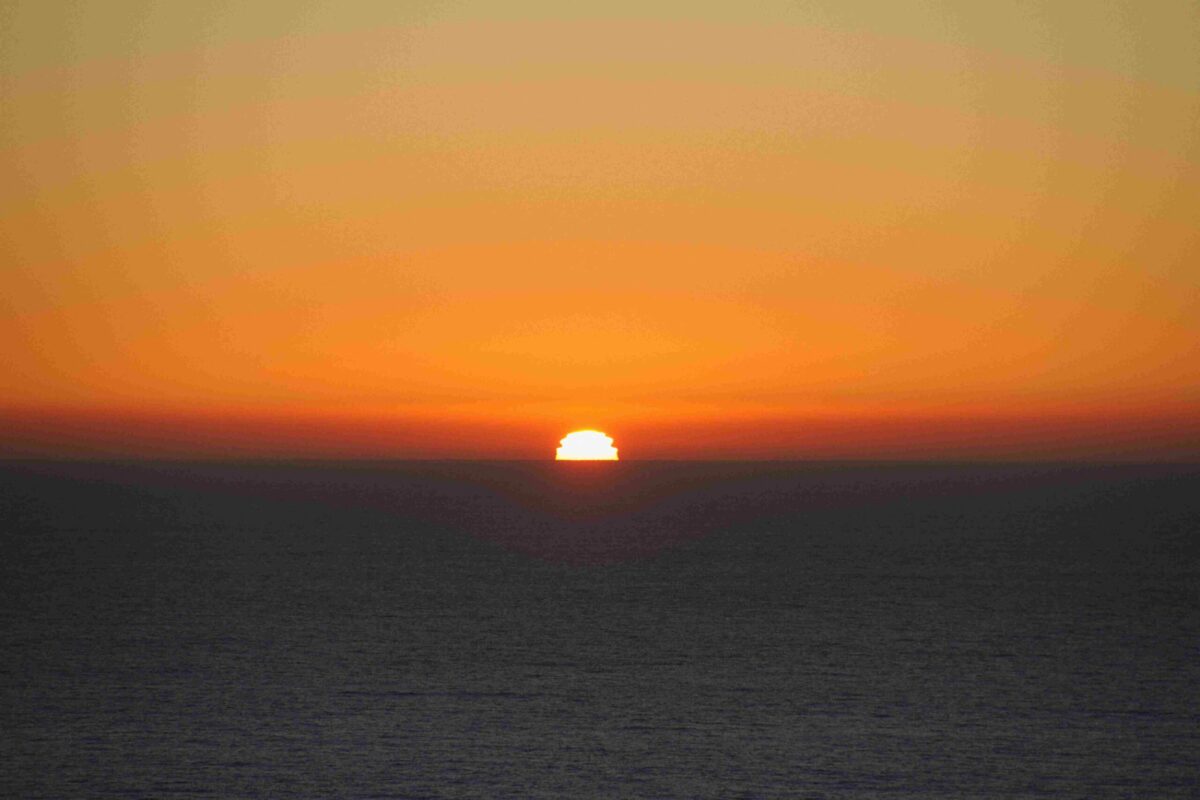 Over the past 48-hours, Bitcoin displayed incredible resilience above $60k, bouncing back on each hourly candle that dropped below the range. At press time the asset continued to consolidate above $62k, and the market was collectively indicative of bullish signs all around.

While on-chain metrics have been discussed fervently over the past few weeks, the derivatives market has picked up momentum over the course of October, and at press time, OI and volumes are reaching 2021 ATH levels. In this article, we will evaluate if the rising interest in futures, options can lead to better price discovery or if there is something else to worry about. 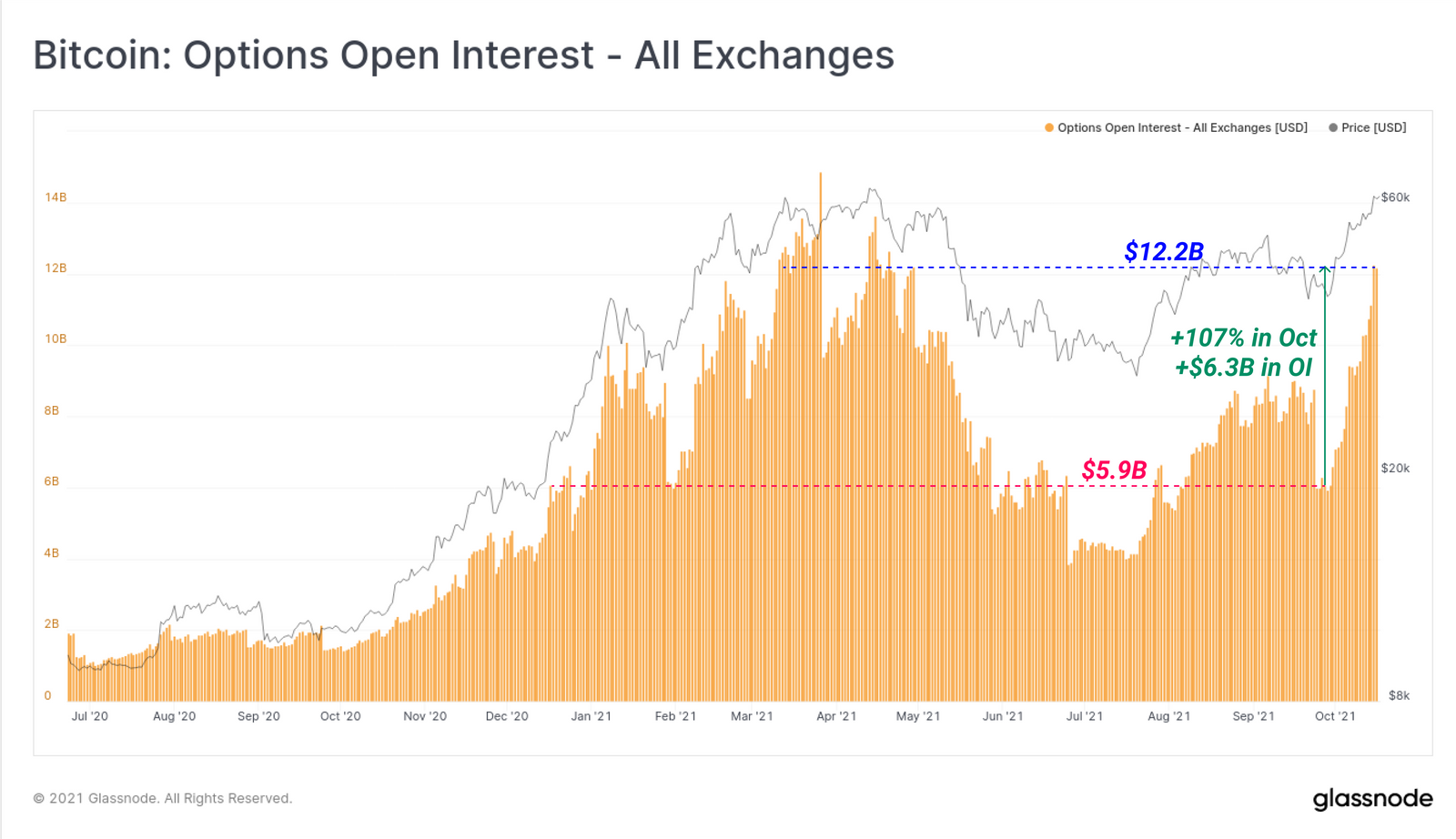 For the most part of July-August recovery, the derivatives market did not indicate much activity but according to data, BTC Options open-interest has risen by 107% or $6.3 billion over the month of October, 2021. The last time OI was this high could be traced back to May.

Similarly, options trade volume also spiked up to $1.5 billion, and over the course of 2021, such trade volumes have been reached in only three prior situations. Now, derivatives markets usually rise during both bullish and bearish markets so rising OI could be taken as a double-edged sword.

However, the fact that the favored contract option is all calls with strike prices above $100k, indicates that trader sentiment was fairly bullish.

Yet, there is a little bit of contrast between futures and options, and futures options volumes appeared to decline on a macro scale. The dilemma with high OI and low trade volumes is that it could need a liquidation situation, that may affect price discovery. Speaking of which…

….Is the market over-leveraged? 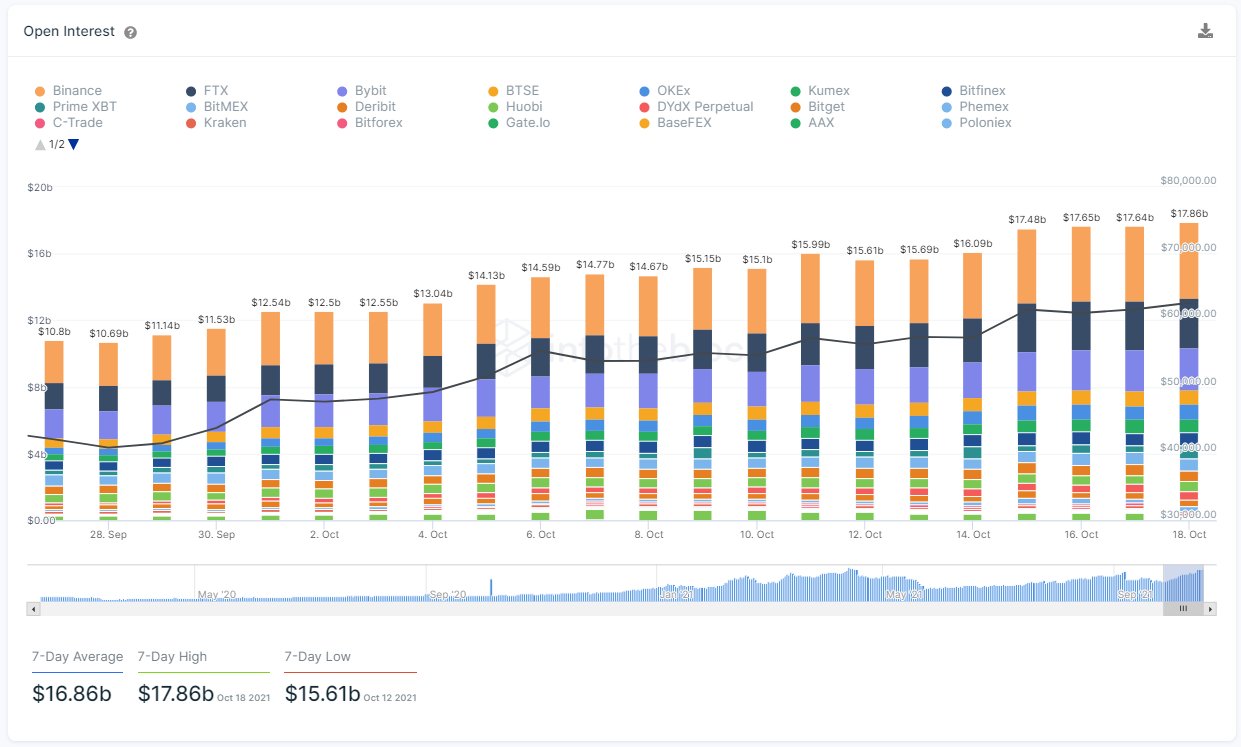 According to analytics data from Intotheblock, Bitcoin perpetual contracts reached an Open-Interest high of 6-months, crossing $18 billion in outstanding contract value. Such a value was last tested back on 14 April, 2021. The issue with such a scenario is that it indicates over-leveraging in the market, and over-leveraged trades tend to expire under short-term price fluctuations, leading to cascading liquidations of both longs and shorts.

Additionally, it was also mentioned that the funding rate on Binance and FTX had reached 5 September levels, the last time market underwent a price collapse. 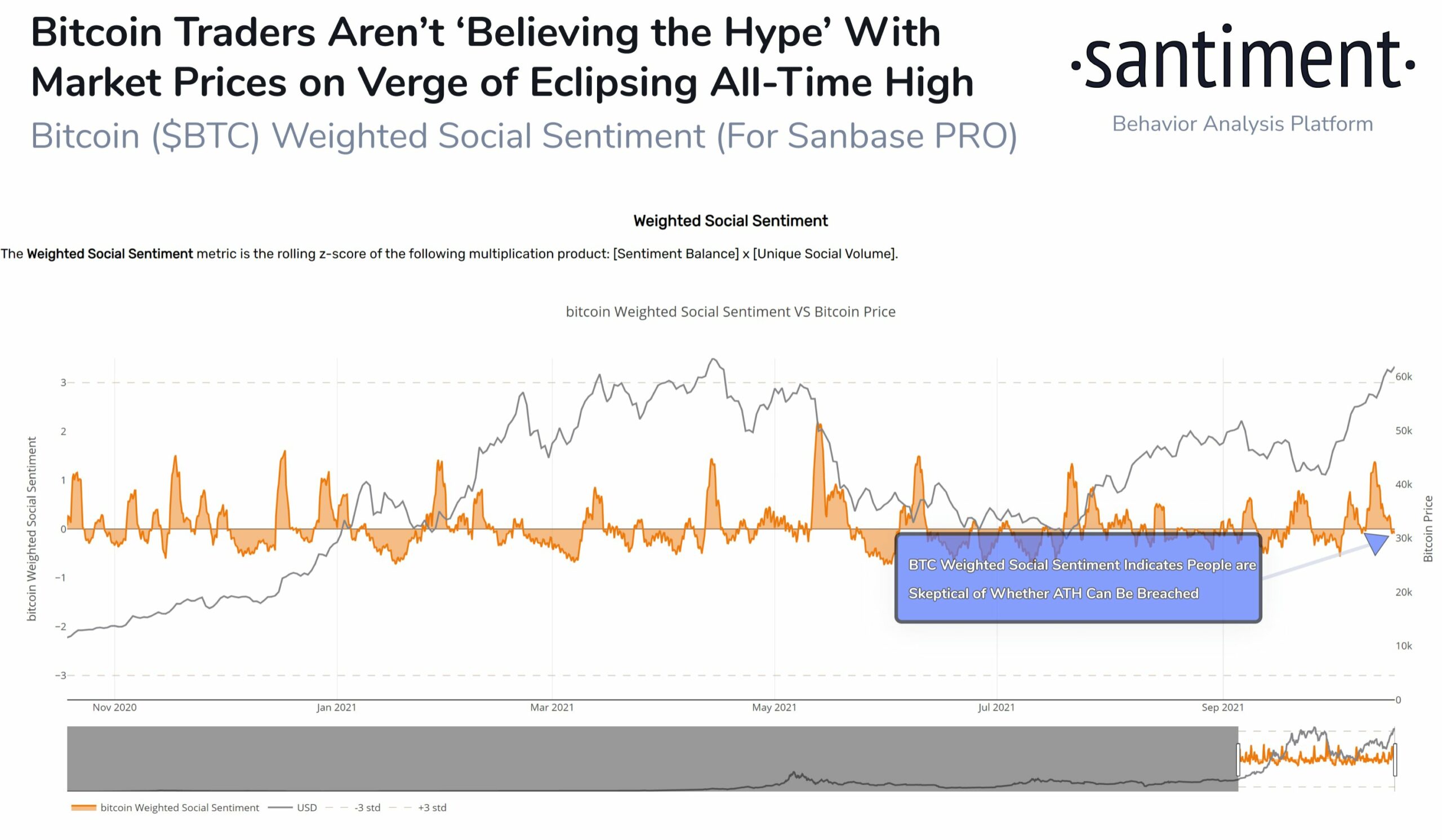 While Bitcoin might be consolidating above $60,000, data suggested that the average weighted sentiment around Bitcoin is still neutral. However, this can also be taken in a positive manner, as breaching above its previous ATH of $64,000 may open the floodgates towards aggressive capital inflows.

With Bitcoin close to breaking above $64k, the situation may turn heavily bullish but over-leveraging in the futures trade may still act as a bump in the road.

This can spur a move to a fresh ATH for LUNA