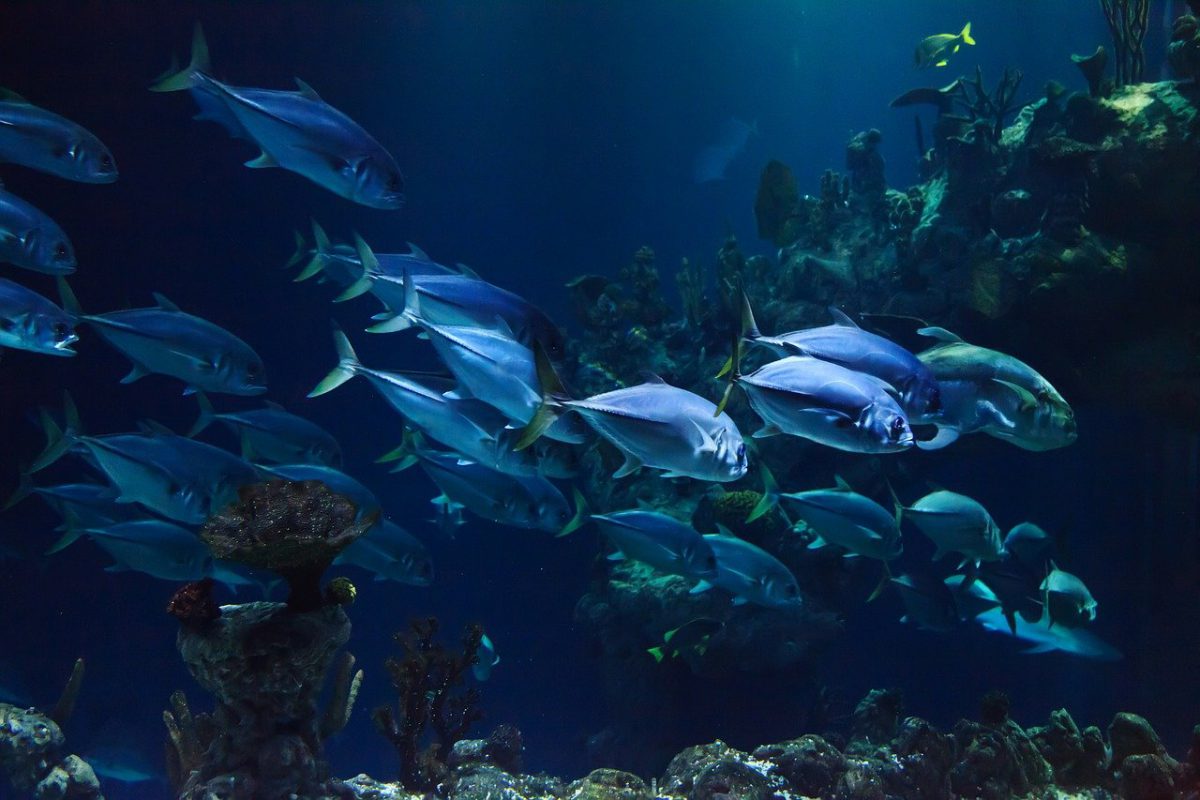 Tron showed that it was likely to rise to $0.03 within the next 24 hours to test it as resistance and possibly flip it to support. Waves was quite volatile in the market, but it looked keen to head towards the $7-level. Finally, Dogecoin witnessed some slight bearish pressure over the past couple of days. 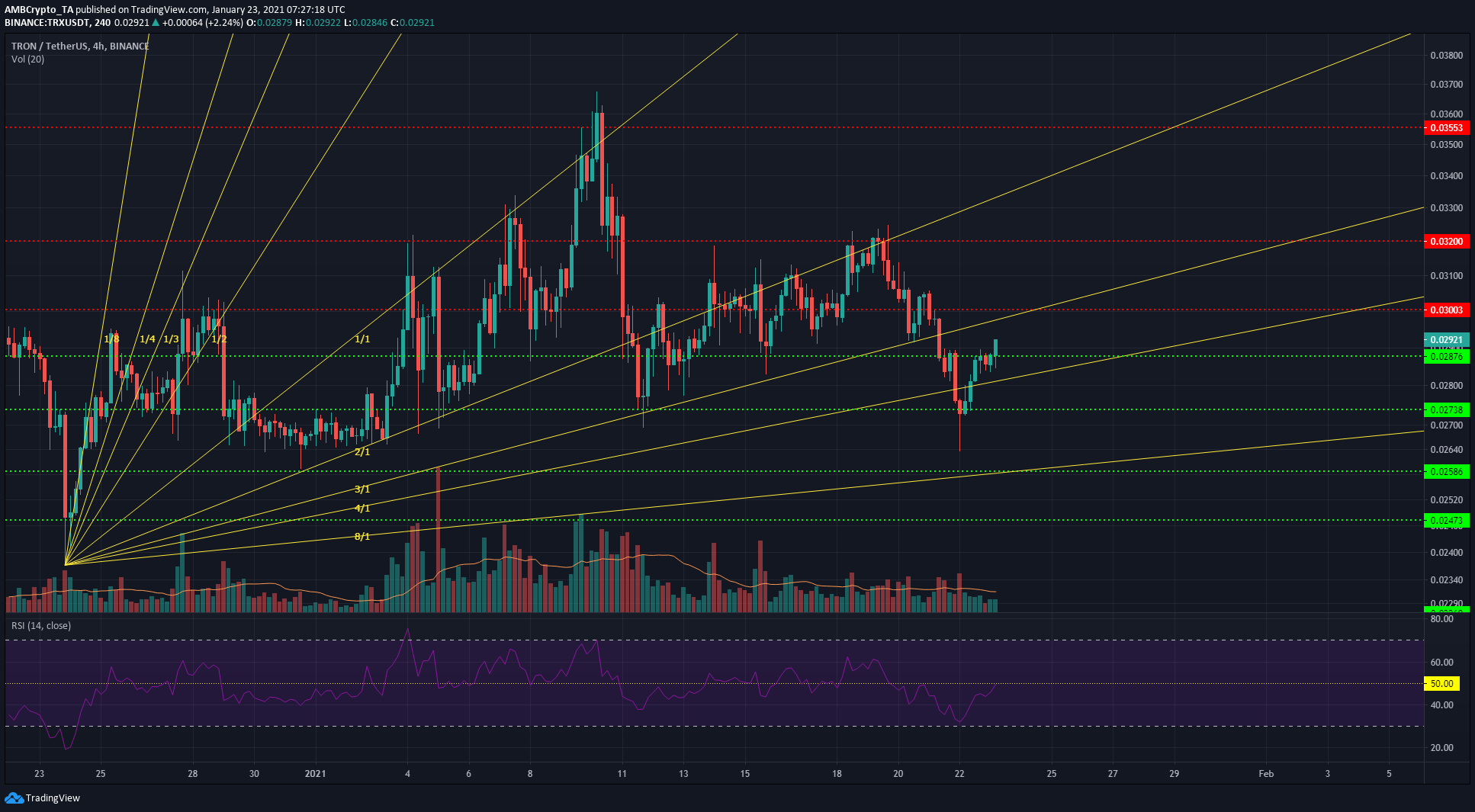 TRX found support at the $0.027-support level on its recent drop and rose above the 4:1 Gann fan line as well over the past couple of days.

In the next 24 hours, the confluence between the 3:1 fan line and the horizontal resistance at $0.03 will be the target for the bulls. TRX can be expected to climb and test this level, and will either be rejected strongly or consolidate just under the resistance for a few hours before flipping the $0.03-level to support.

The RSI was moving under 50 to denote bearishness, but it might be set to rise past the same value to show the start of northbound momentum. 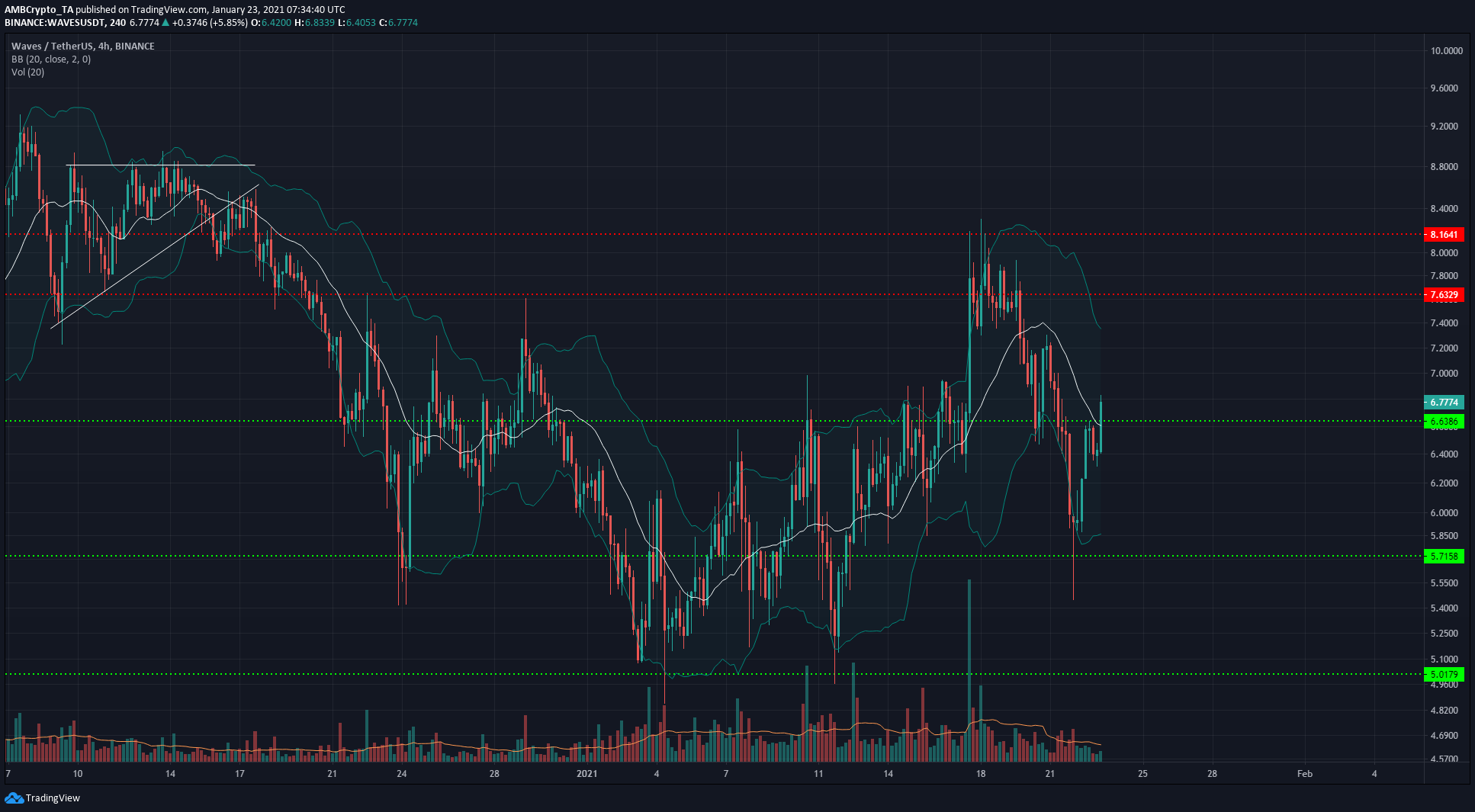 One constant with WAVES over the past month has been its volatility. It has traded between the $5 and $8.1-levels of support and resistance, respectively. For the most part, WAVES traded between $6.6 and $5.7.

The past 24 hours saw WAVES dip to $5.5, but it recovered quickly and climbed to $6.82, at the time of writing. The wide-open Bollinger Bands highlighted the volatility of the digital asset.

Climbing past $6.6 is a bullish indicator for WAVES, and the price could retest this level as support and continue to rise once more. A retest and a move back above $7 would show that WAVES was heading to test the $7.6-resistance, but the trading volume needs to pick up. 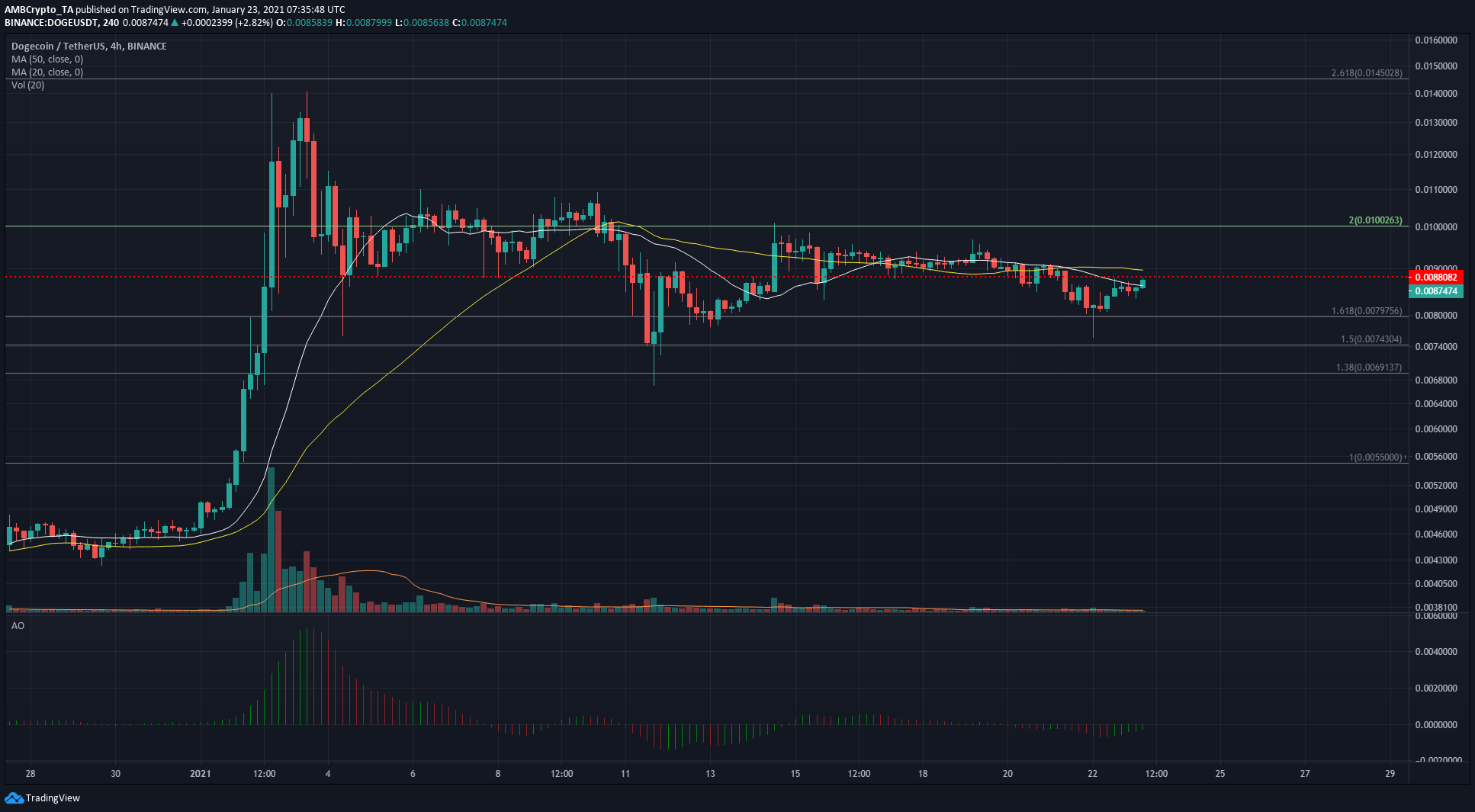 The 20 and 50-period moving averages (white and yellow respectively) formed a bearish crossover as DOGE dipped below the $0.0088-level. If DOGE slides beneath $0.0079, bearish momentum can be considered to be strengthening. The Awesome Oscillator was weakly bearish too.