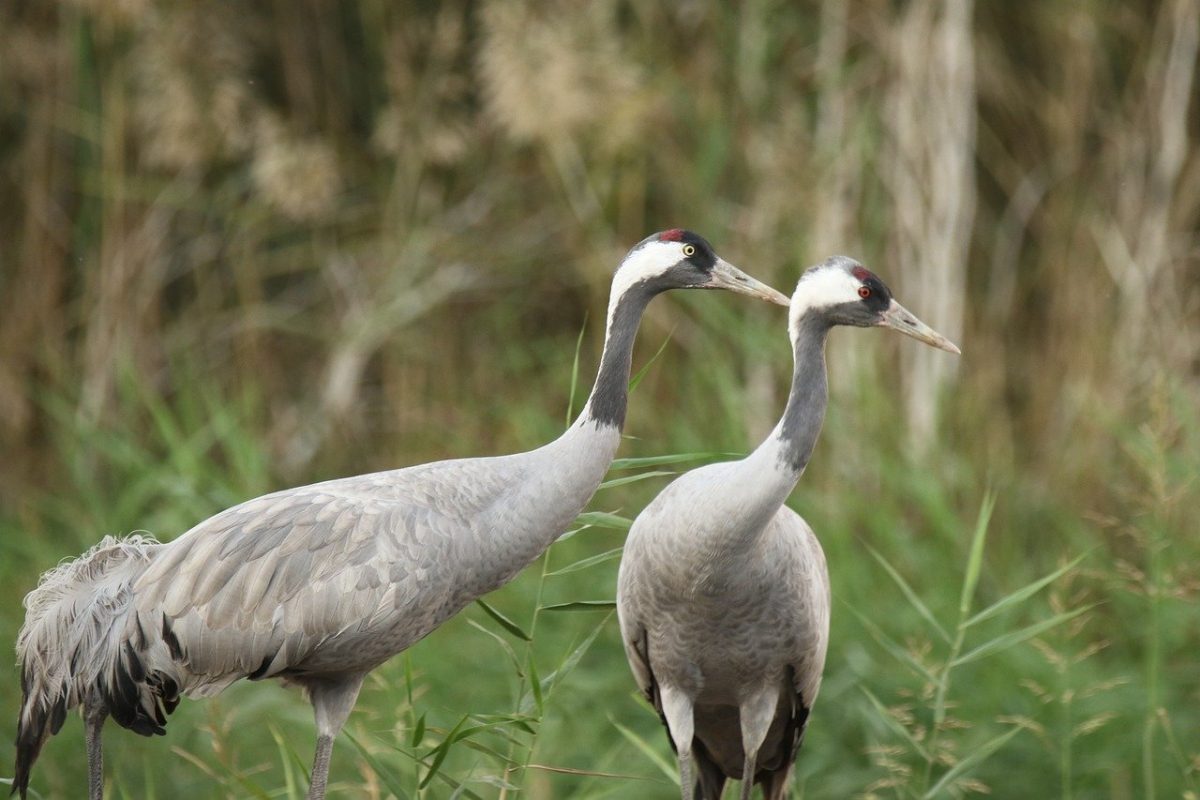 Bitcoin [BTC] stumbled beneath the $20k zone earlier this week after intense selling pressure halted bulls’ hopes of a rally past the $20.8k resistance. The move southward for BTC meant most of the altcoin market also suffered. Uniswap [UNI] saw an 8% decline, and its bearish bias was not yet beaten. A move past $7 can instill buyers with far more confidence, but strong demand was not yet seen for UNI. 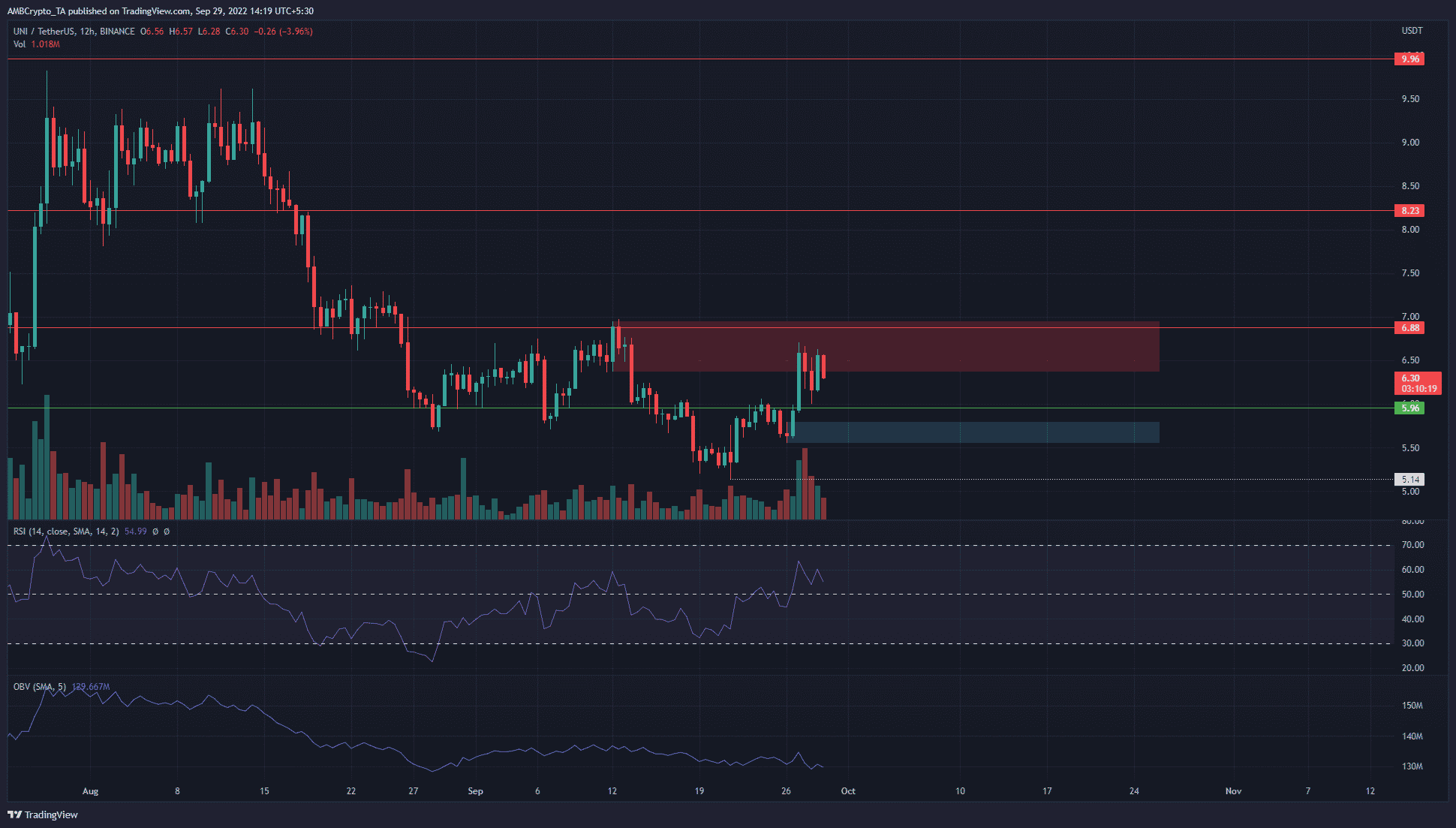 The technical outlook was bearish for UNI since the price slipped below $8.2 in mid-August. The past month saw UNI establish a kind of a range between $5.7 and $6.7. Since early September, the Relative Strength Index (RSI) has swung from 55 to 35 and back again, even though the price did not have a strong downtrend. This lent some credence to the idea of a range.

More importantly, the $6.88 resistance saw a bearish order block develop. Since the higher timeframe market structure was bearish, our analysis can look for selling opportunities as well. And one such has already presented itself in recent days. An entry after press time could offer much less reward for more risk, but in the coming days a buying opportunity could arise near the $5.5 zone.

Highlighted in cyan, this region has acted as support since late August. Barring the failure in mid-September, the $5.5 support belt has some significance. Yet, the On-Balance Volume (OBV) does not support any idea of a trend reversal. Hence any buys in the $5.5 region can be sold once UNI moved back toward the $6.5 resistance.

Will the exchange inflows be rising once more? 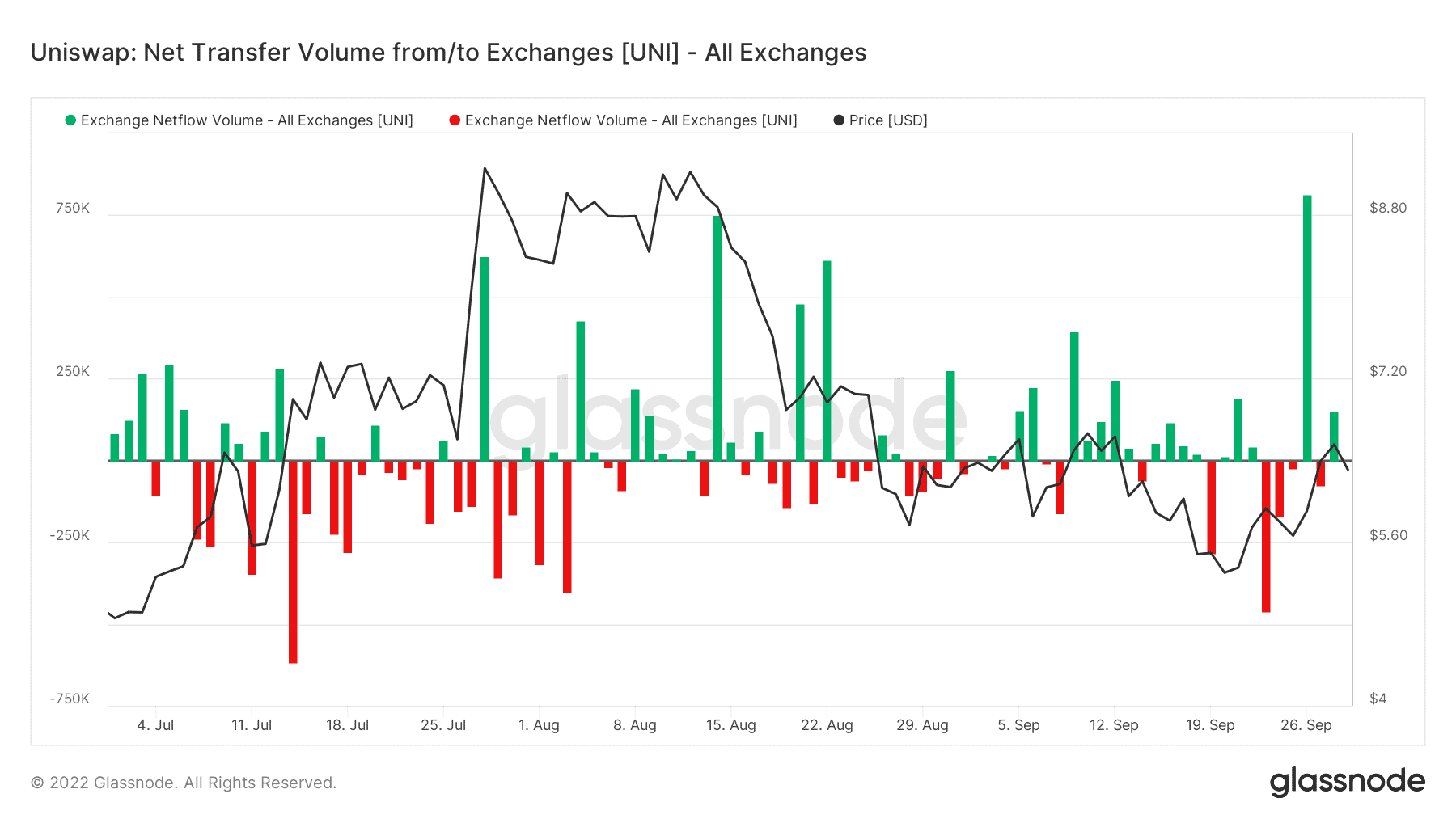 The exchange netflow data from Glassnode showed steady outflow in late July, around the time when the price rallied from $6.5 to $9.2. Since then, the inflows have been more dominant, and this likely denoted increased selling pressure on the token.

The rise in inflows also coincided with the price declines from August. Taking the price action and the volume flow together, the longer-term investor sentiment seemed to be fearful.

Another factor that investors need to be aware of is the active supply was in a downtrend as well as the price. According to Messari, there has been a 28.7% decline in the 1-Year Active Supply for Uniswap.

Over the next week or two, a retest of the $6.7 resistance area would likely offer a more attractive selling opportunity than a buying one. To the south, the $5.5 level could see yet another bounce for UNI.

Cardano [ADA] holders going long this week should read this