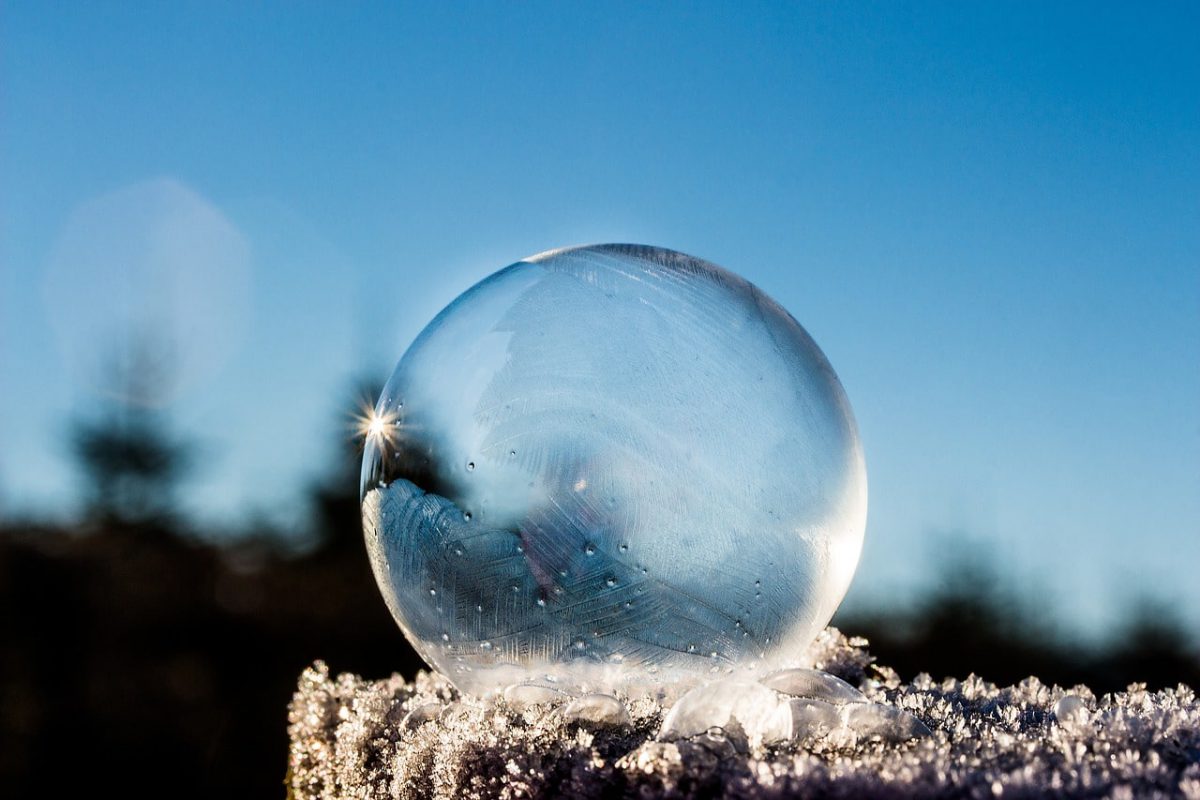 Bearish sentiment took root as Uniswap token struggled to climb past $33 over the weekend, and combined with Bitcoin’s descent over the past few hours, UNI has taken a hit in the markets as well. It has lost the $31.7 and $30.5 levels to the bears and was headed to $29.3. Uniswap has lost nearly 11% within the past 36 hours and was headed toward the $29.3 area of support once more. 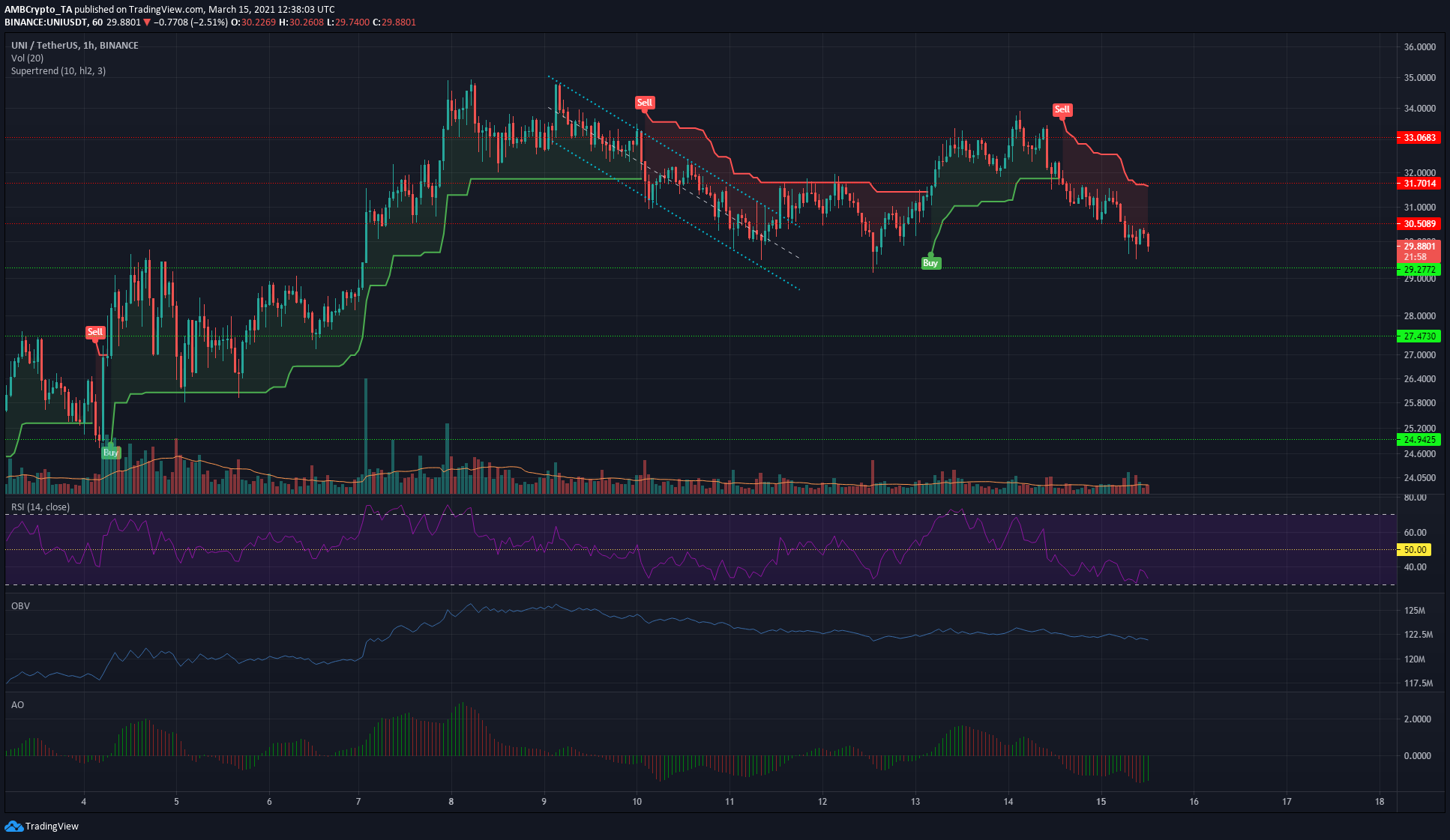 The short-term outlook for Uniswap was strongly bearish. UNI fell beneath multiple levels of support and was back to trading at the base of the descending channel (cyan) that the price broke out of a few days ago.

Over the next few hours, it appeared likely that a visit of $29.27 would be seen. Repeated retests of a level of support, or resistance for that matter, weakens the said level. This could see $29.3 ceded to bearish pressure in the coming days. Defense of the $29.3 level could see UNI bounce between support at $29.27 and $30.5 in consolidation.

On the hourly chart, the RSI fell beneath neutral 50 and was treading near the 35 value, indicating strong bearish momentum in recent hours. The Awesome Oscillator was also moving beneath the zero line. The previous day noted the AO forming bearish twin peaks setup, and subsequently, the AO crossed over into bearish territory.

Some hope for the bulls was that the past week’s selling volume, although consistent, was not enough to undo the significant buying volume of the rally from late February.

The Supertrend indicator had flipped to show the open of a short-position when UNI was valued at $31.86 a few hours ago. The indicator did not yet flip back to bullish, with $31. 7 being the level UNI would need to climb above to force this flip.

Bitcoin’s continued losses in the market had an influence on most altcoins, UNI being one of them. Bulls would look to halt the slide at $29.3, but it would be a tough task especially if BTC and Ether continue to post losses as well.