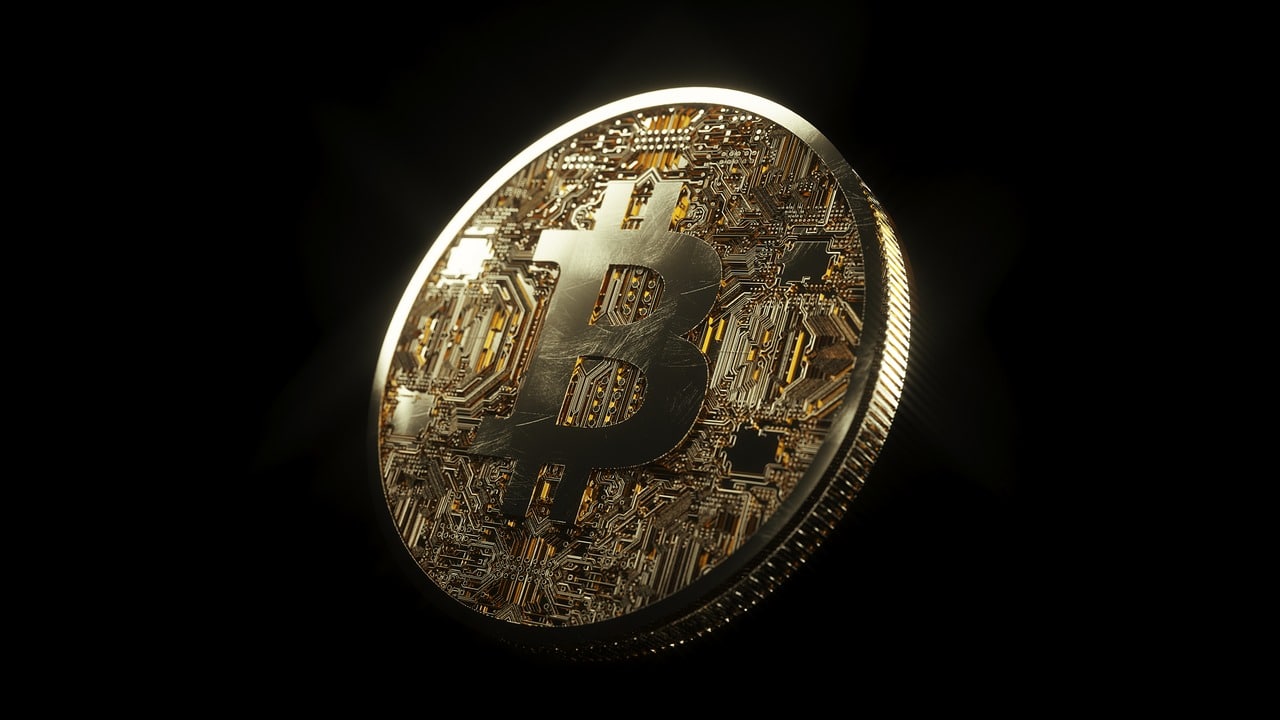 Bitcoin faces strong resistance at the $17k mark, which is a psychological round number as well. In the past two weeks, this band of resistance was not beaten. Higher timeframe charts showed that Bitcoin had a bearish bias to it.

There was evidence that investors were accumulating. A recent article highlighted the exchange outflows reached an all-time high, which suggested that BTC could be close to finding a bottom.

Although the bottom was likely close in terms of price, it might not be close in terms of time. This means that BTC could trade sideways on the price charts for many more months, and participants must prioritize surviving the bear market.

Bitcoin struggles to breach $17k as volatility dies down 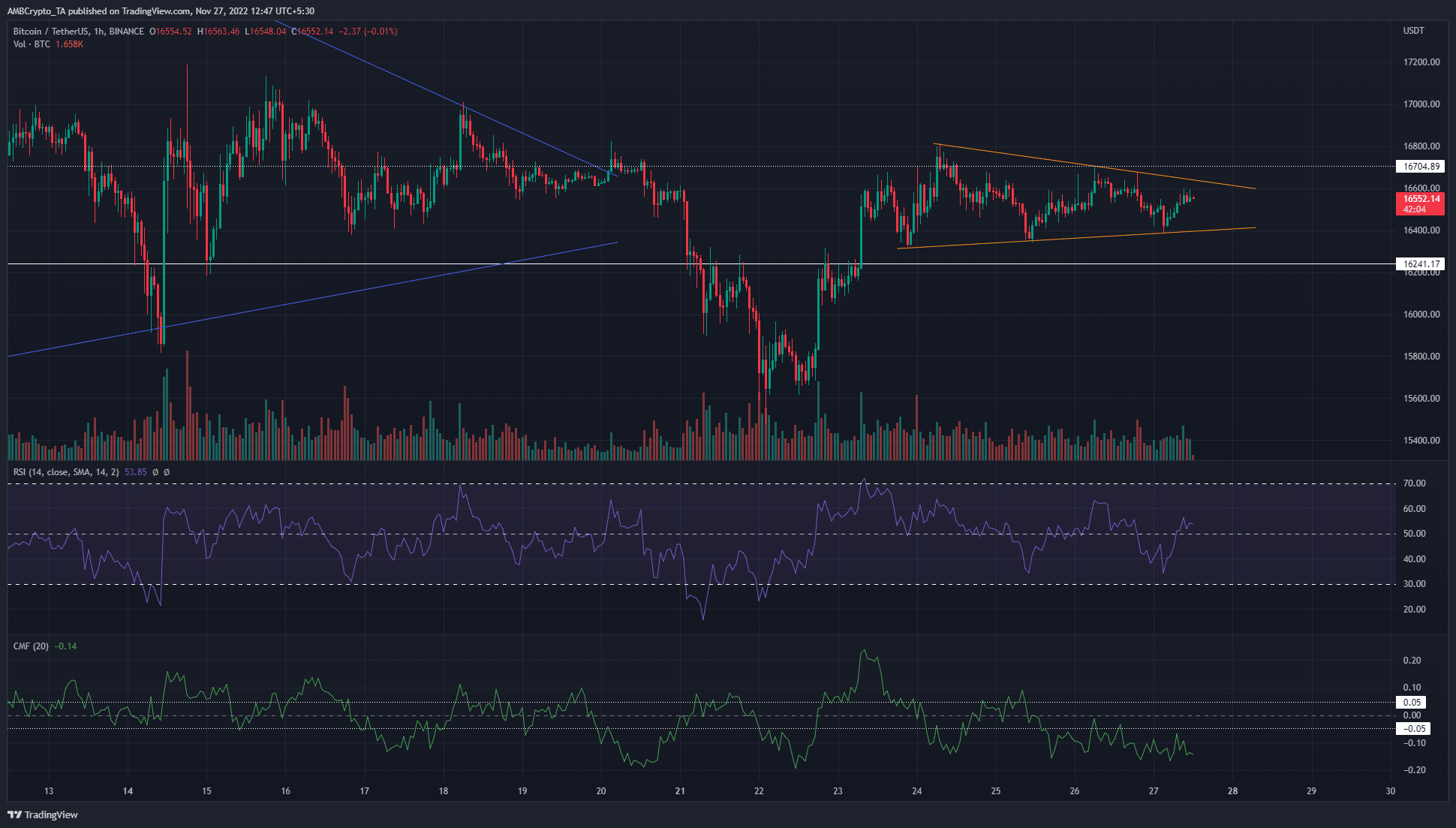 Bitcoin has been hugely volatile in November. The first ten days of the month saw BTC fall from $21.5k to $15.5k. Since that fall, BTC has revisited those lows once more on 22 November. Thereafter, the price bounced to trade at $16.5k.

Bitcoin bulls attempted to break past the $17k mark but were met with rejection each time. This was witnessed in the past few days as well, as a surge from $15.5k to $16.8k was abruptly halted. The price also formed a constriction pattern on the shorter timeframe charts.

The RSI climbed back above neutral 50, but that does not imply bullishness by itself. Based on the price action, the inference was that BTC has no strong lower timeframe trend. It has traded within a symmetrical triangle pattern (orange). Meanwhile, the CMF continued to move beneath -0.05 to highlight strong selling pressure.

In order to flip the market structure to bullish on the 1-hour chart, BTC would need to climb back above $16.7k and $17k, which are the two important levels of imminent resistance.

While Bitcoin wandered from $15.5k to $17k, the Open Interest stayed flat in the past two weeks. This showed that futures traders might be waiting for a strong move upward before entering the markets.

A rise in the OI in the coming days could accompany a strong price movement in either direction. Hence, a move above $17k with a rise in OI would be a bullish scenario to watch out for.

The funding rate was negative on Binance, and this suggested that a large share of futures market participants had negative sentiment. Therefore, any moves toward the $17k-$17.2k could quickly reverse in an attempt to hunt liquidity before another drop. Traders might want to wait for a retest of the $17k region as support before considering buying.

Bitcoin [BTC] analyst says bears are not done yet because…

Litecoin investors should read this before taking a position on LTC