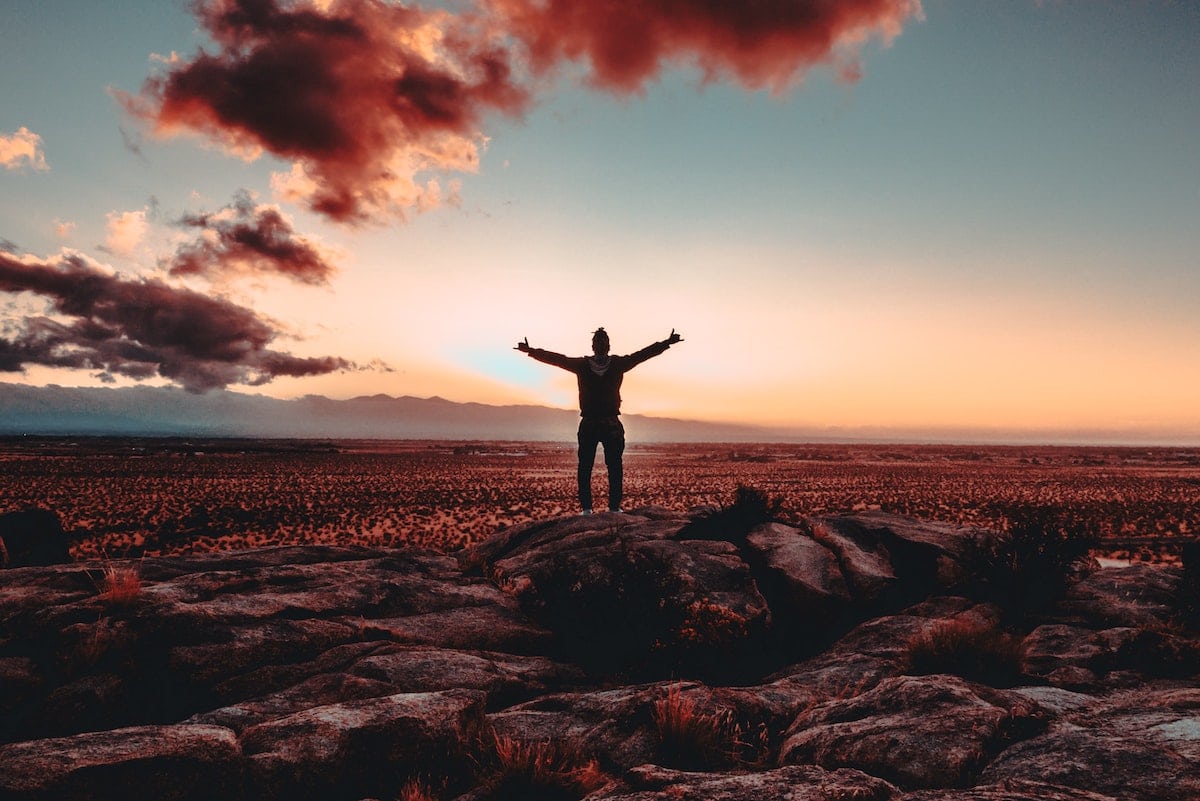 Halfway through 2022 and the cryptocurrency market has already witnessed a mass liquidation phase. The end of Q2, for instance, recorded $423 million worth of outflows for digital asset products. But now, this narrative witnessed significant changes as the market continues to regain its footing.

Headed to a different direction

Contrary to the previous report, the latest edition of CoinShares’ weekly “Digital Asset Fund Flows” report brought some relief to the market. As per the report, digital asset investment products saw inflows totalling $64 million last week between 27 June and 1 July. 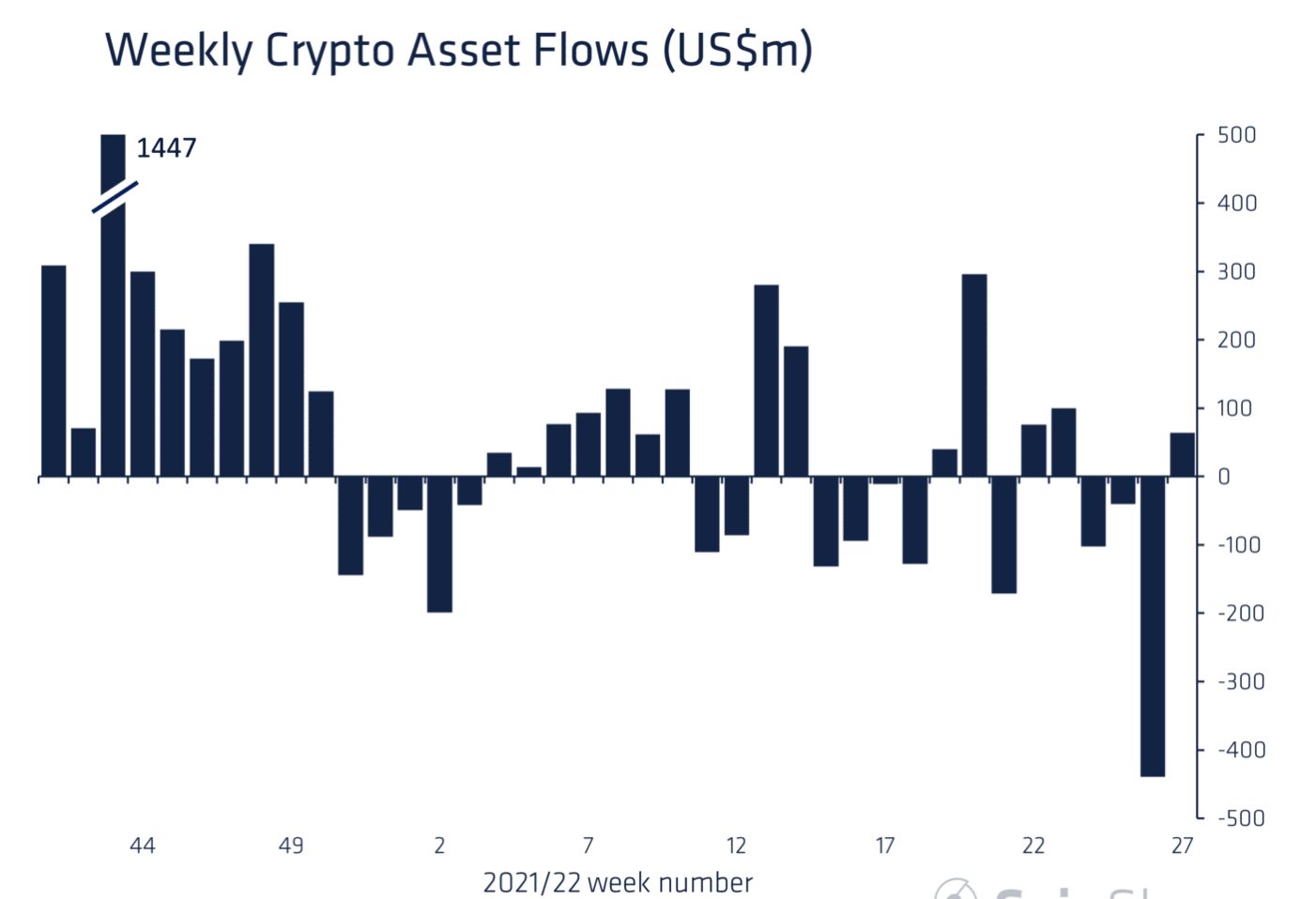 Geographically speaking, regions other than the U.S such as Brazil, Canada, Germany, and Switzerland saw small inflows totalling $20 million. According to the report, “this highlights investors are adding to long positions at current prices.”

The first-ever Short Bitcoin ETF in the U.S. begins trading on Tuesday. ProShares wins the race again. They whiffed on ticker tho. It’s $BITI zzzzz. Should be $NGMI or $FUD or something. https://t.co/QXZRtlhTm3

Here short-Bitcoin products are seeking to borrow Bitcoin to sell on the market before repurchasing it at a lower price.

Moving on to specific coins, short-bitcoin investment products saw a record $51 million in inflows given the product launch. Whereas, Bitcoin [BTC] saw little inflows over the week, totalling just $0.6 million or $600,000. 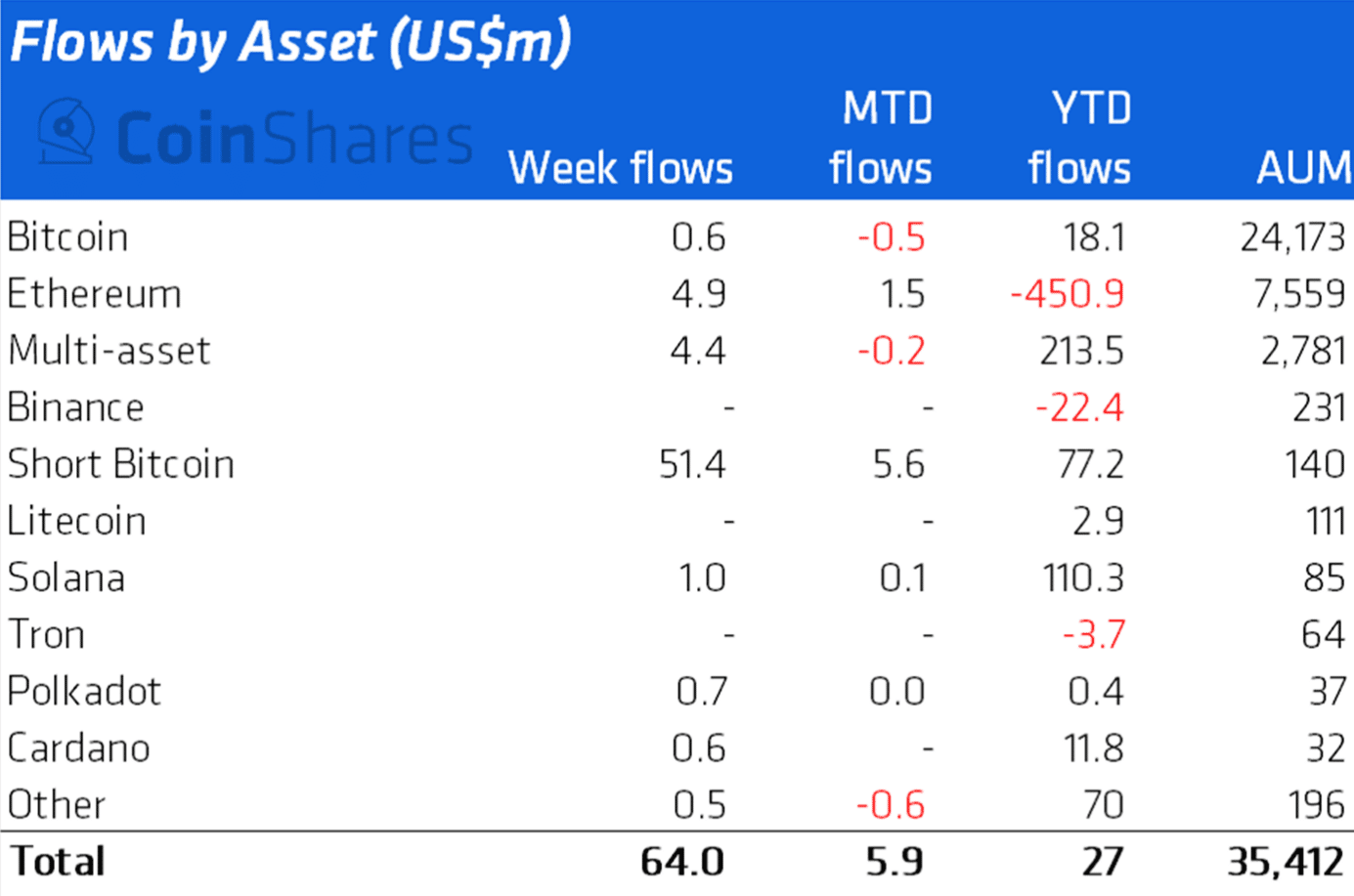 Additional inflows into a range of other altcoins suggested that investors have begun diversifying again. Different products remain spread across multi-asset funds at $4.4 million. These products remain the least affected by ‘recent negative sentiment with minor outflows in only two weeks of this year.’

Overall, the current scenario brought much-needed relief to the cryptocurrency market as compared to the previous outflow. Nonetheless, scenarios could change in no time.

Related Topics:CoinSharesdigital asset inflows
Up Next

CoinLoan cuts down on its daily withdrawal cap by 99%