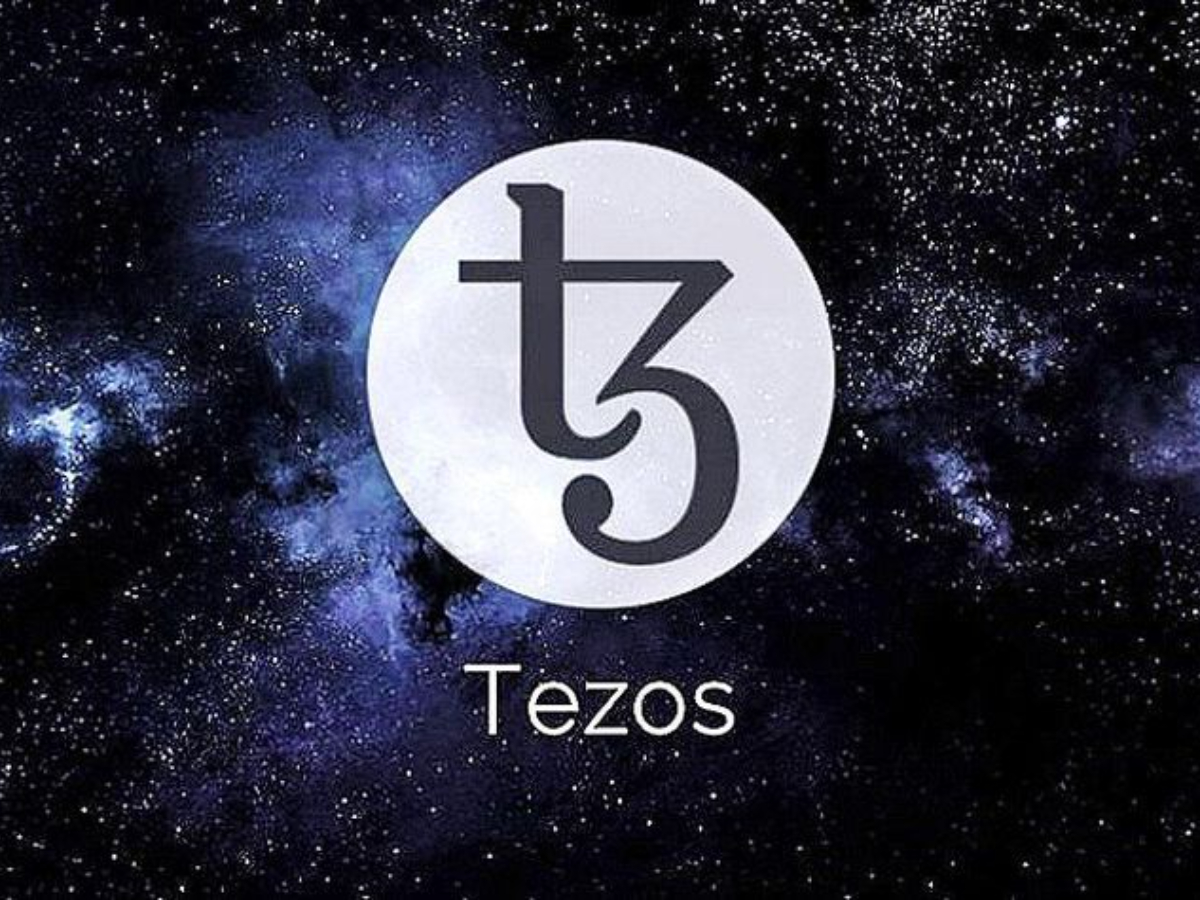 Update: Parts of the article have been corrected

Since Ethereum introduced the real-world advantages of the DeFi space, obviously, every developer would want to build their protocol on it. Alas, in a surprising turn of events, most developers are preferring some other chain for the same purpose.

Ergo, is there a chance that Ethereum could be knocked off its spot? And, can these “other” blockchains deliver as per expectations?

A recent report published by the Bank of America, one which discussed digital assets, made some interesting revelations. The survey in question assessed developers’ interest in building their products on certain blockchains.

Ethereum, as expected, was the first choice. The second choice, however, was not Cardano, Solana, or Polkadot. 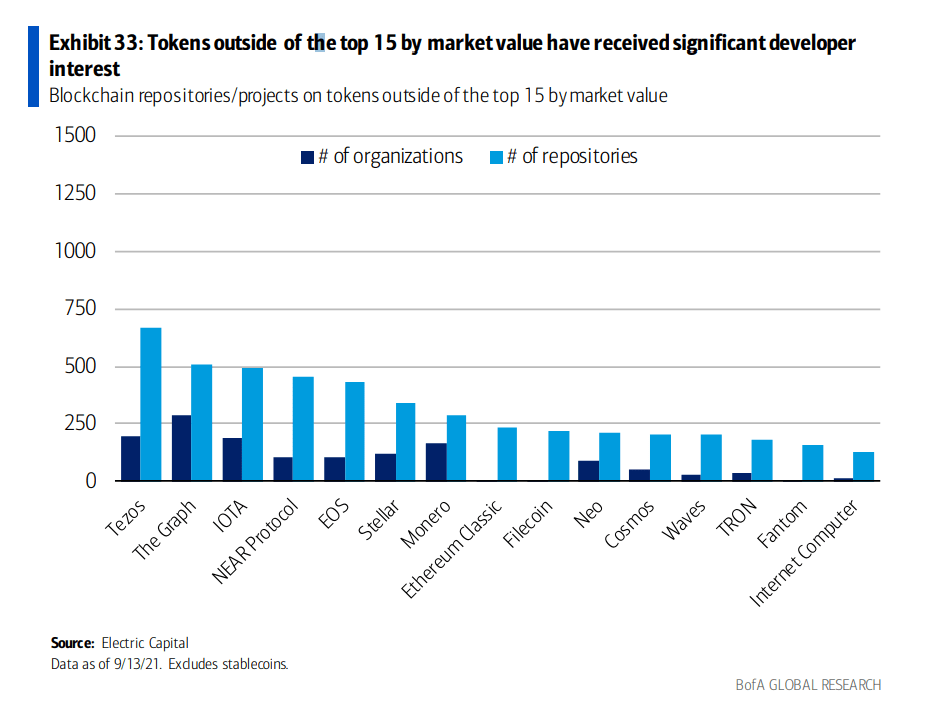 Tezos has the interest of more than 200 organizations that are interested in choosing the network for development purposes.

Talking about the chain itself, Tezos has seen a significant rise in adoption lately, and that too in varying arenas. Just recently, Tezos was announced as one of the chains selected for the Digital Euro experiment. This wasn’t the first time either as back in 2020, Société Générale Forge had picked Tezos to run their CBDC experiments.

Additionally, the various NFT projects that popped up on Tezos during the NFT season had names like DojaCat attached to them. In fact, one of them was sold for over $188k.

Even though Tezos does not have much participation as such, its development has been consistent. In the DeFi space, Tezos only has 7 protocols on the chain and their combined value locked is about $191 million.

But with over 10,000 commits on GitLab, the developer interest witnessed makes sense.

Additionally, the token XTZ has somehow managed to maintain a strong correlation of 0.73 with Bitcoin. This, despite the fact the XTZ’s price had dropped by over 23.1% at the time of this report. 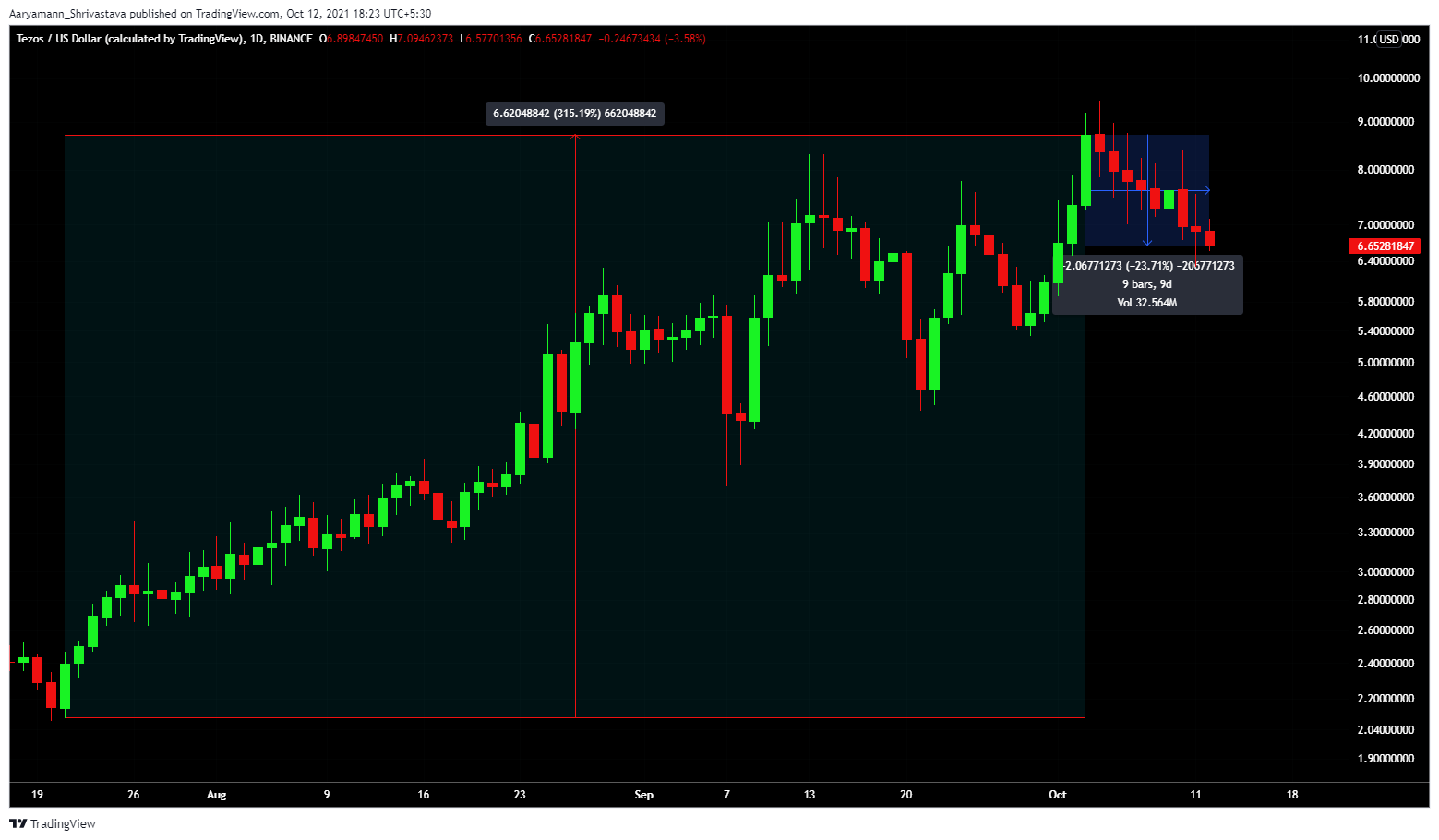 Ergo, while the developer interest is strong, it will be a while before we see investor interest matching up and if Tezos can rise further in the DeFi space.