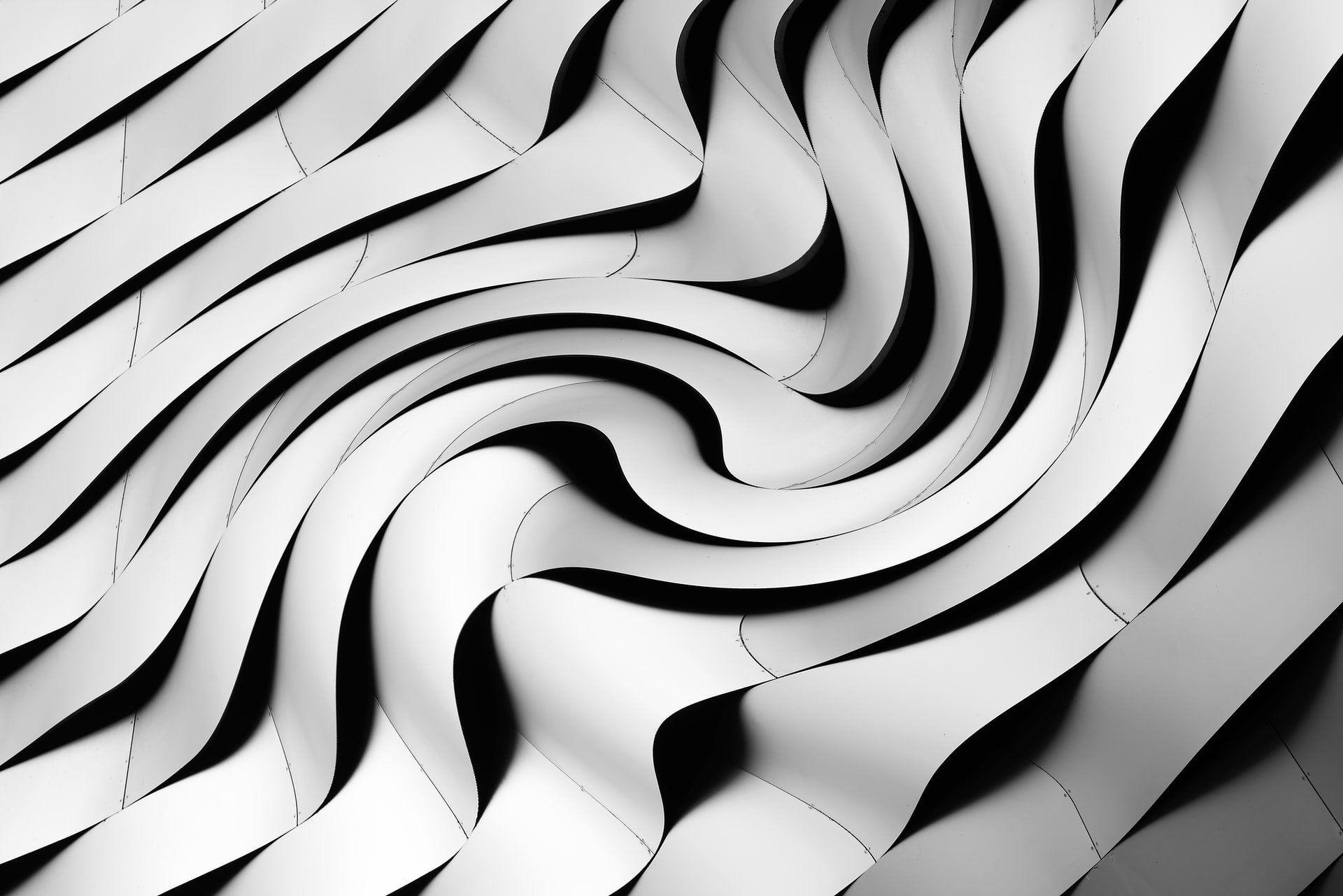 Unlike the rest of the market, Curve [CRV] was the only alt to not register any losses in November and December. Instead, the altcoin continued its steady rally until it hit its local top of $6.51 on 2 January 2022.

Since then, however, CRV’s price action has had to navigate tricky waters on the charts.

Consistent red candles and minimal recoveries subjected Curve to the same losses as other coins.

At the time of writing, the altcoin had lost 66.99% of its value. This has pushed CRV closer and even higher, in some cases, than other coins’ losses spread over a period of 3 months. Even so, valued at $2.47, it would seem that CRV’s problems might just improve instead of worsening.

First of all, CRV is currently in a squeeze release that is losing it bearishness. Along with that, the Parabolic SAR’s white markers finally flipped their positions after 20 days and moved underneath the candlesticks. This might mark the beginning of an uptrend.

Whether or not this will be a sustained rally or if it is just another bout of recovery can’t be said for sure thanks to the volatility of the market.

The ADX crossing the 25.0 threshold is a good signal of support for the active trend, provided it maintains its position.

However, the raging losses over the last few months also brought down investors in profits, down to just 28% from 88%. In fact, currently, 68% of all investors are in loss. 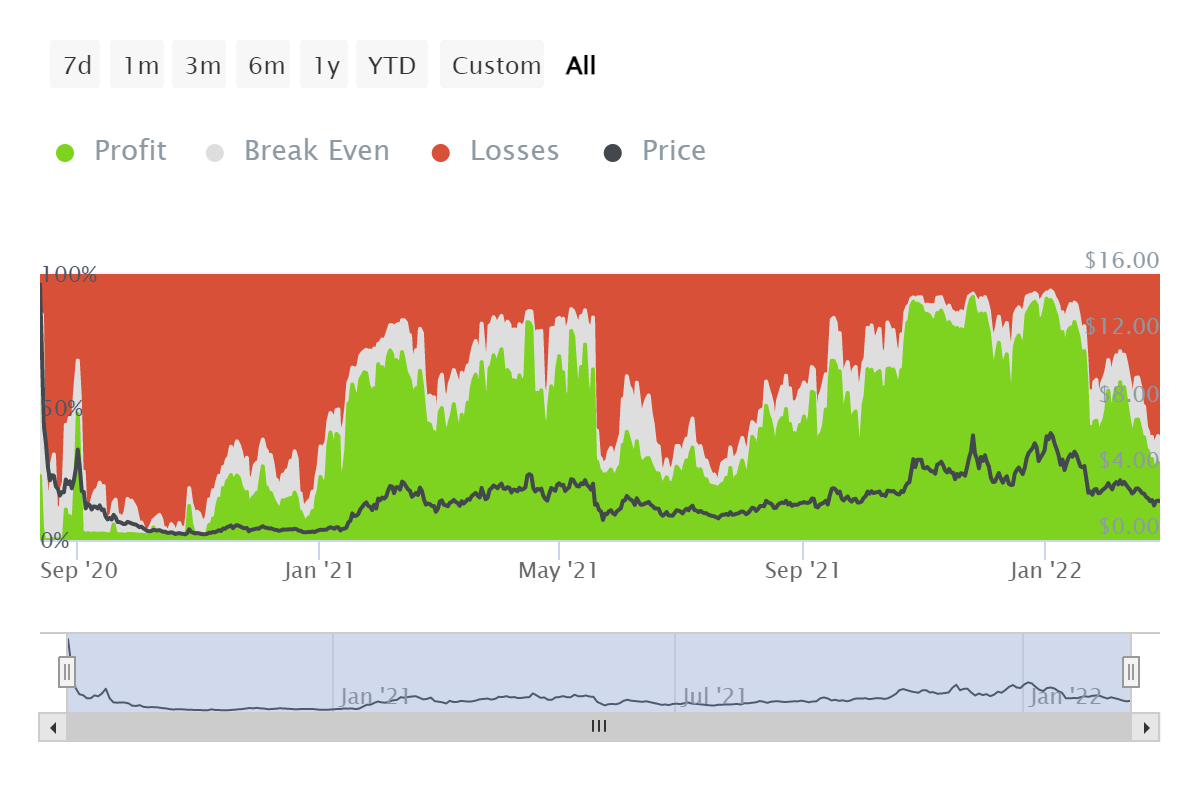 This led to most investors sitting out the losses, looking for the right opportunity to jump back in.

Consequently, the transaction volumes have seen a steep drop lately. Down from an average of $104 million and a high of $473 million, the figures have fallen to $40 million on average. 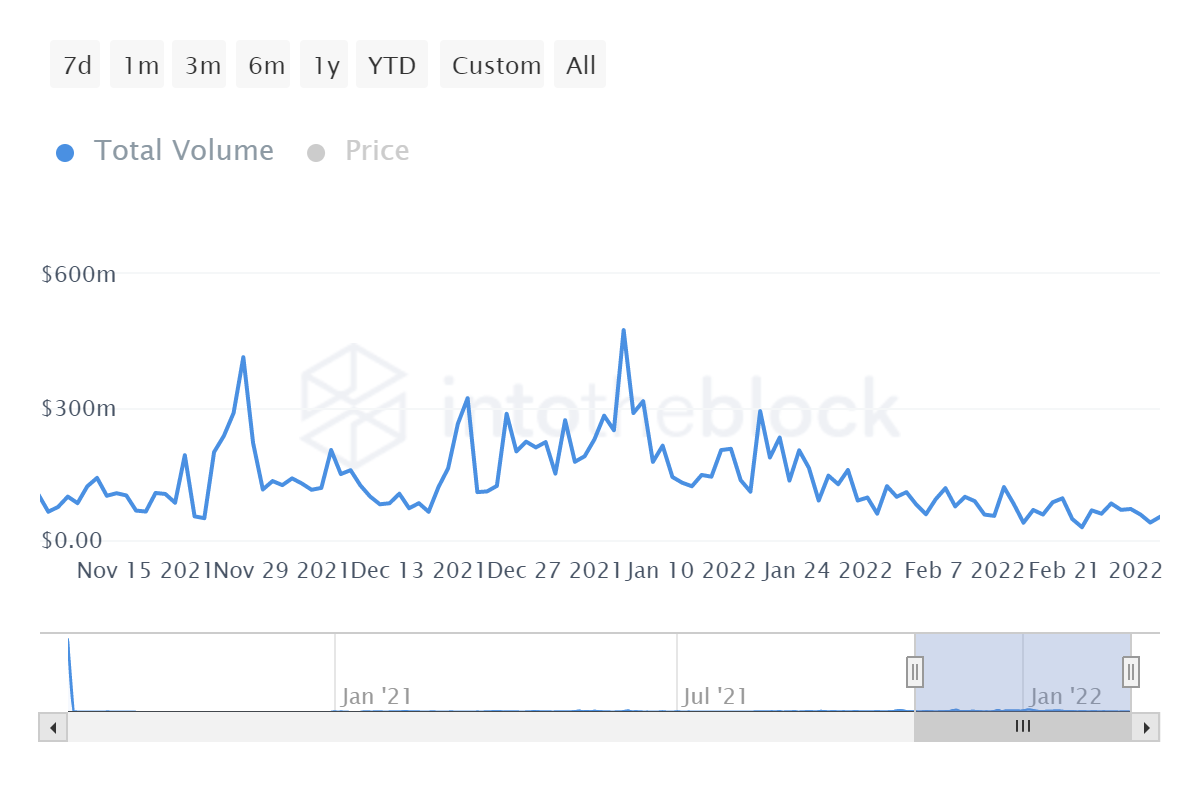 The uncertainty of the market trend has kept everyone guessing on what the next move will be. Needless to say, this is applicable to Curve too.