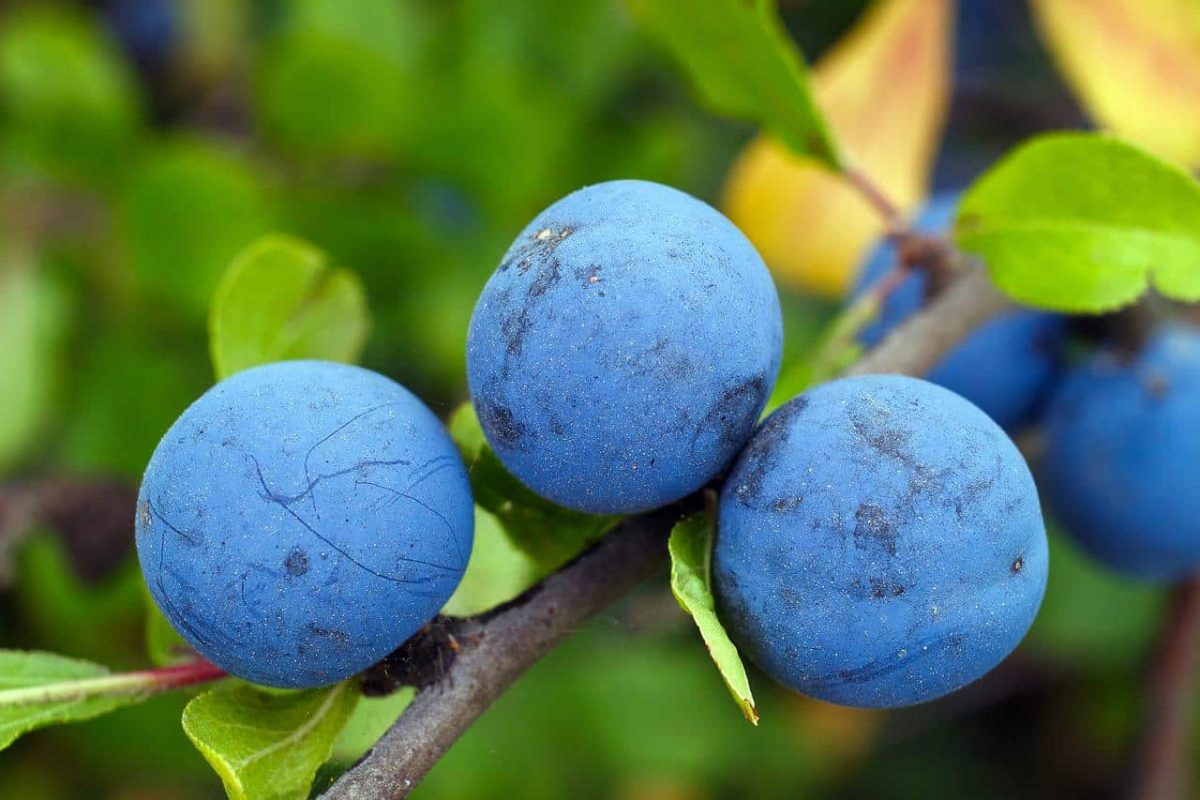 Despite this bounce, Algorand does not have a particularly bullish outlook on the longer timeframe charts. In fact, the coin reached a local resistance level, one that has dismayed the bulls since June. Can a move higher be anticipated? 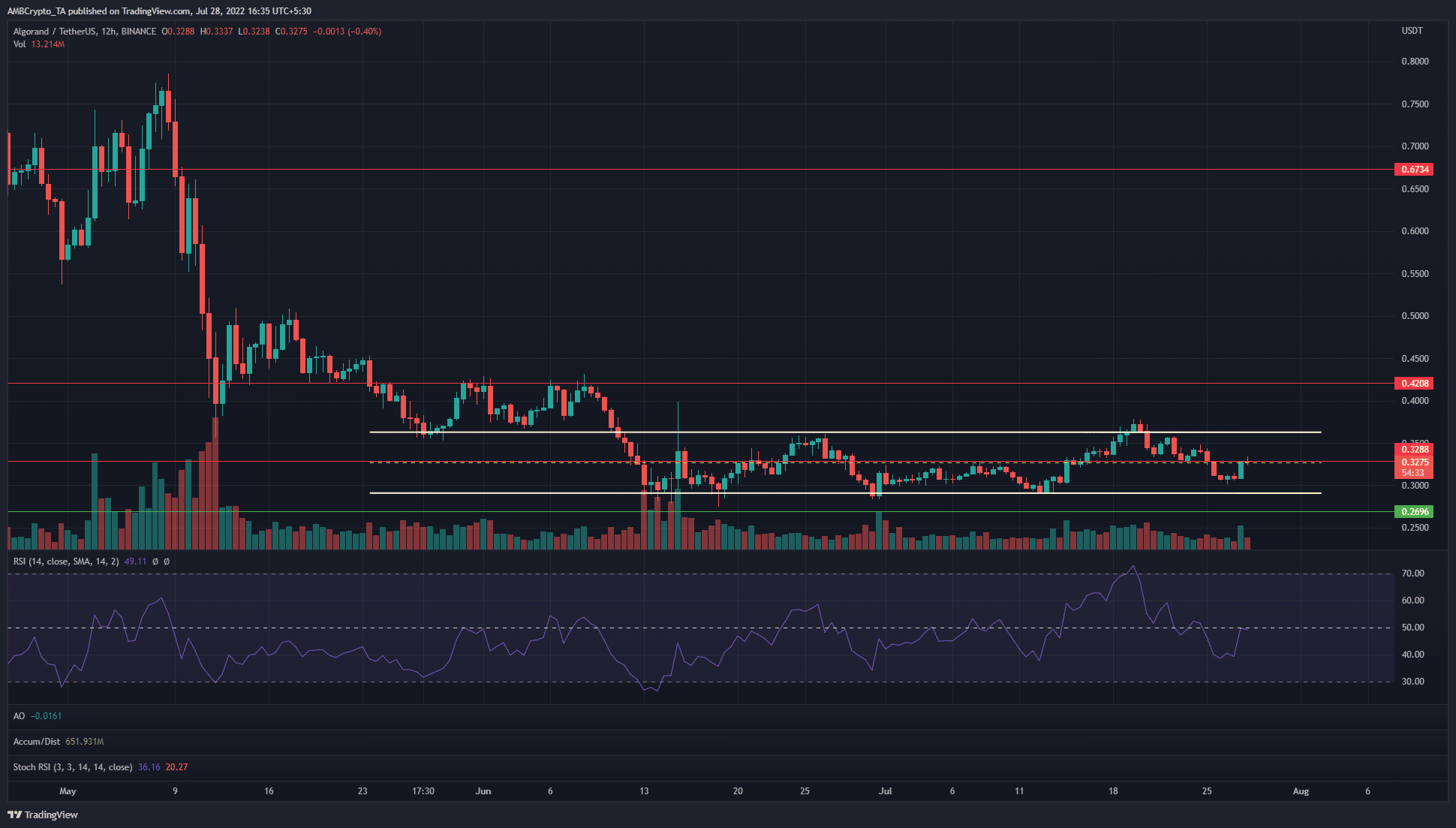 On the 12-hour chart, the formation of a range (pale yellow) from $0.36 to $0.29 can be seen. The mid-point of this range (dotted yellow) lay at $0.327. This mid-range value can be expected to oppose the price movement in either direction.

That is, the mid-range can act as both support and resistance for ALGO based on where it was trading at.

This value had good confluence with a resistance level of $0.3288, a level that acted as support in December 2020.

Long-term Algorand investors must heed the fact that the price was back to 2020 levels. This could temper bullish sentiment. However, the range lows have been respected in the past couple of months and could offer a decent buying opportunity upon a retest.

The 12-hour Relative Strength Index (RSI) was below the neutral 50 mark and appeared to retest it as resistance to highlight bearish momentum. 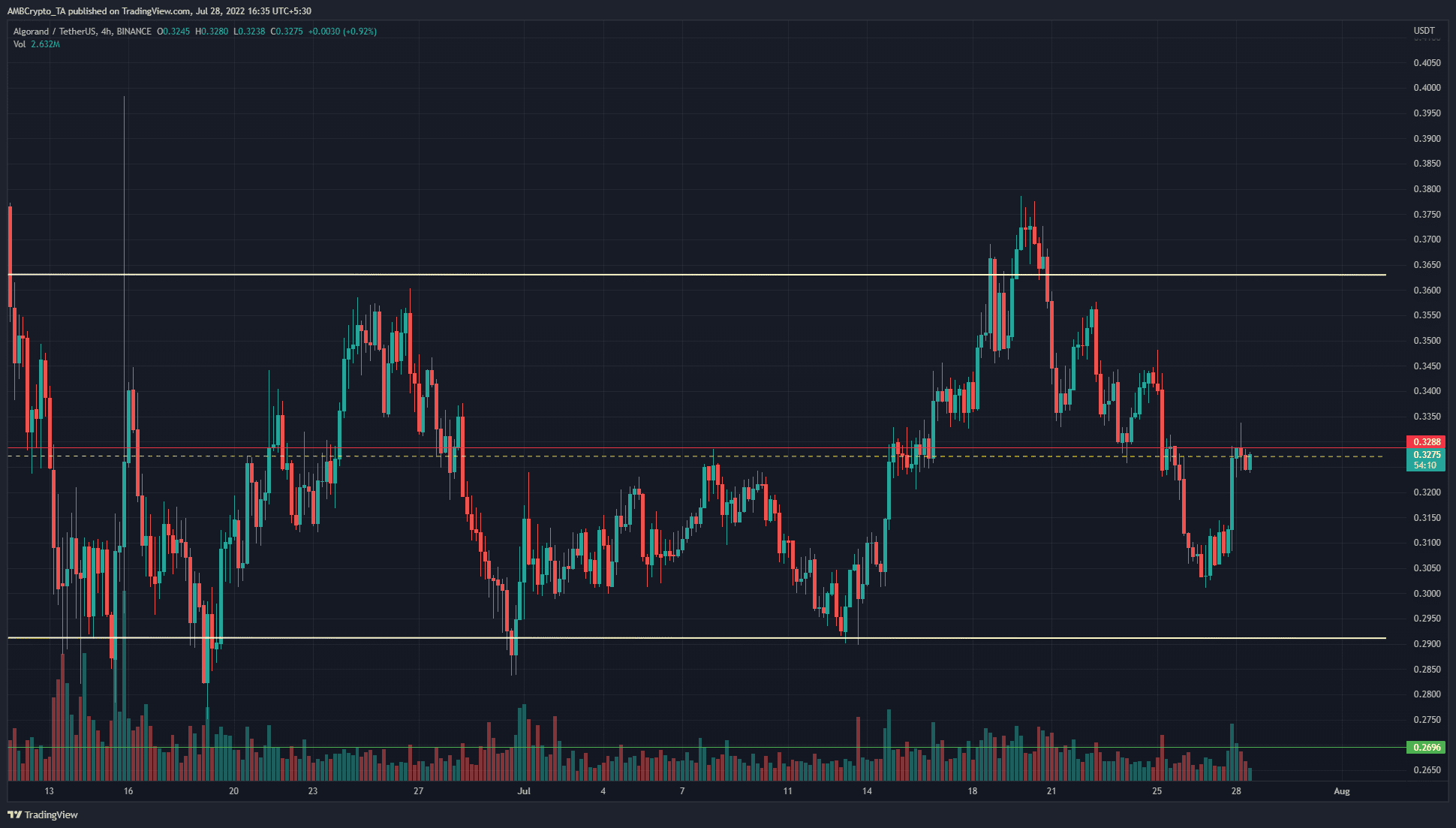 The four-hour chart highlighted the importance of the $0.328 level for ALGO. In early July, it offered some resistance to the bullish advances. Similarly, last week the same mid-range mark opposed selling pressure but eventually succumbed.

What was concerning was the fact the ALGO was unable to flip the mid-range level to support, even though Bitcoin had managed to break past the $22.7k resistance.

This suggested weakness on the part of ALGO buyers. 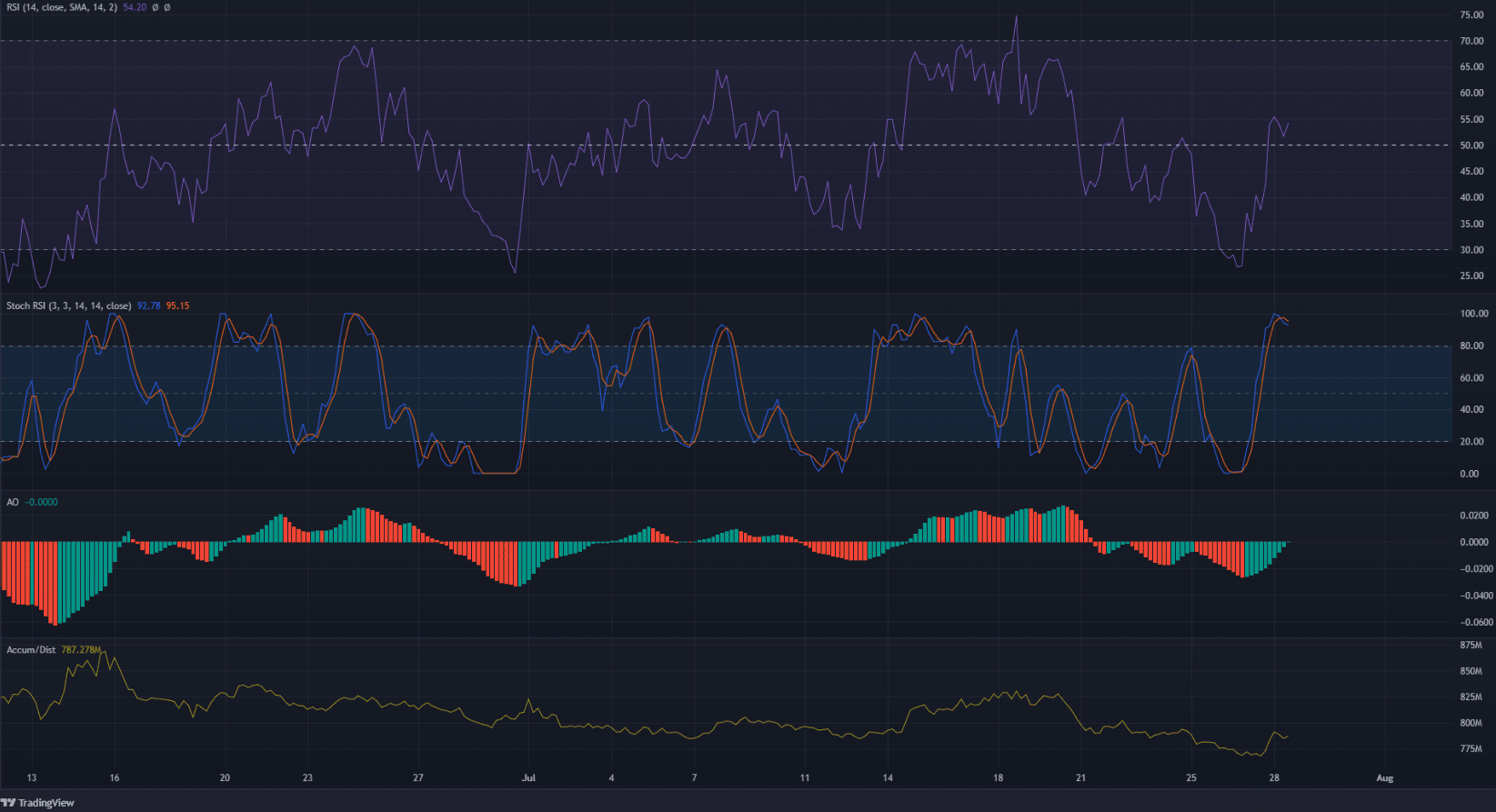 The RSI on the four-hour chart stood at 54 and had been below the neutral 50 line over the past few days. This indicated that the bearish momentum could be grinding to a halt. Yet it does not outline bullish momentum behind ALGO.

The Stochastic RSI was in the overbought territory and formed a bearish crossover, and hinted weakly at a pullback.

The Awesome Oscillator (AO) was also beneath the zero line. In fact, it stood at 0.0 at press time. Therefore, it could make a bullish crossover soon, but does not necessarily highlight strong bullish momentum behind ALGO.

The A/D indicator has been in decline over the past week. Even though the coin gained 8% in the past few days, a corresponding jump in the A/D was not seen. Hence, the move upward might not have been on the back of good demand.

The lack of demand behind ALGO was concerning. Based on price action, a flip of the $0.328 to support could offer a buying opportunity, with invalidation below the $0.313 mark.

A safer buying opportunity would lie at the bottom of the range, in the $0.29 area. If Bitcoin can climb above the $24.5k level, a bullish bias could soon make itself apparent for Algorand as well.

Binance Coin [BNB] investors can capitalize on these entry triggers