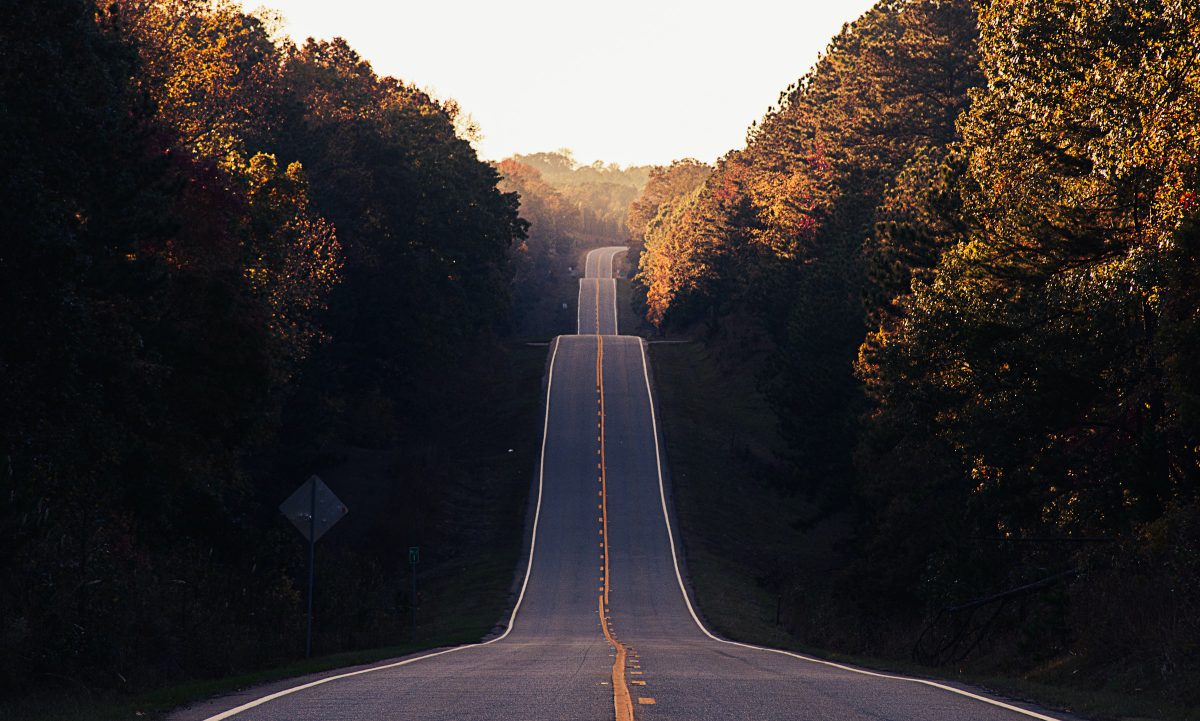 Bitcoin, at the time of writing, was trading within a five percent range of its latest ATH of $52,547. While there is a lot of bullishness around, the fact of the matter is that whenever the price is in previously unchartered territory, there are doubts about the sustainability of the price rally.

It should be noted, however, that the latest hike in price came on the back of the $1.5 billion investment from Tesla. Tesla’s investment made it easier for other institutions to invest in Bitcoin since it normalized the risk and cleared the psychological hurdles. Besides, the stocks of top companies that have invested in Bitcoin off their balance sheets are noting a high correlation, 0.98, with each other. This includes Tesla, Microstrategy, Square, among others.

Additionally, the Grayscale Bitcoin premium is back above 8 percent, so Bitcoin’s extended price rally comes from several drivers of growth – Double-digit gains in top altcoins, the alt season that broke out a week ago, and institutional investment through GBTC of Grayscale that is driving demand and volatility and the supply scarcity narrative.

What’s key here is that institutional interest hasn’t hit a peak yet, though it started back in September 2020, with a new ATH in Bitcoin’s price every other week. As for the BTC/USD trade volume on spot exchanges, considered one of the clearest indicators of the direction in which the price rally will be headed, platforms such as CEX.IO have seen a sharp rise in volumes after Bitcoin’s price crossed $50,000 to hit new ATH.

In fact, according to Konstantin Anissimov, Executive Director at CEX.IO, the market is anticipating continuing BTC/USD price growth in the medium term.

To top the price action on spot exchanges, derivatives exchanges have seen a spike in Open interest and trade volumes since the price hit $50,000. While trade volumes have not claimed the levels of previous ATHs, it is important to note that it is climbing steadily. Additionally, the inflows of Bitcoin to exchanges are nearly half of what it was at the beginning of February 2021. 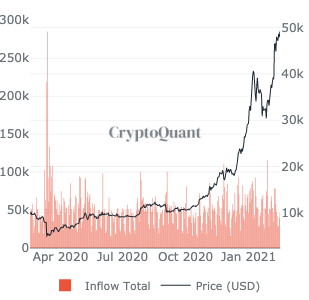 A drop in inflows to spot exchanges seemed to signal that there was no selling pressure on Bitcoin at the press time price level. In fact, in the later hours of 17 February, the crypto’s price hit a new ATH of $52,547, with price discovery seemingly uninterrupted. Though there is skepticism every time the price crosses a psychological hurdle, there is an anticipation of a correction too. And yet, the current volatility and trade volume on exchanges point to continuing price discovery and a journey to a new ATH.