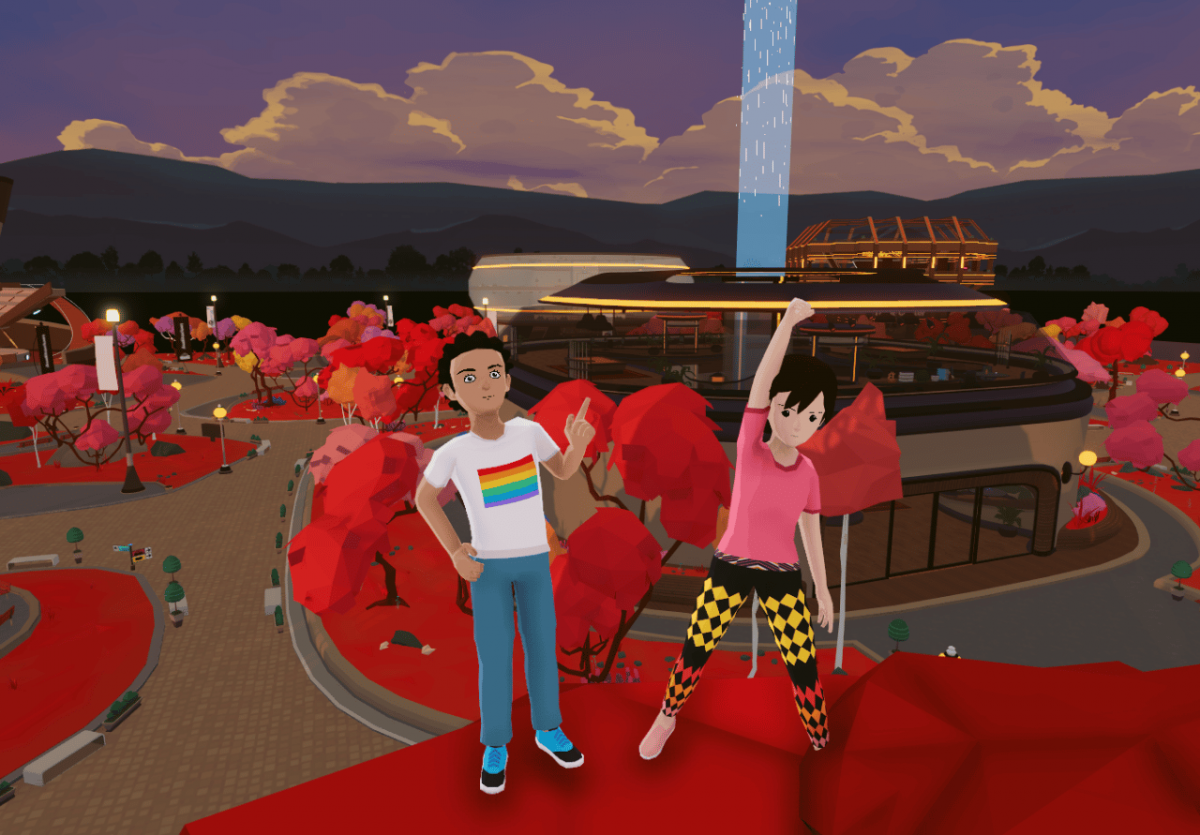 At press time, MANA was trading at $0.5279. It dropped by 80% in a year after a one-year resistance trendline blocked all attempts at price recovery.

An extremely weak breakout from the trendline in August put MANA in a range of $0.6184-1.0692. Investors can target the lows and highs if the price continues to trend sideways in this range.

However, a further move below the trading range should accompany a stop loss set at this Fib level.

Can this range sustain MANA price action any longer? 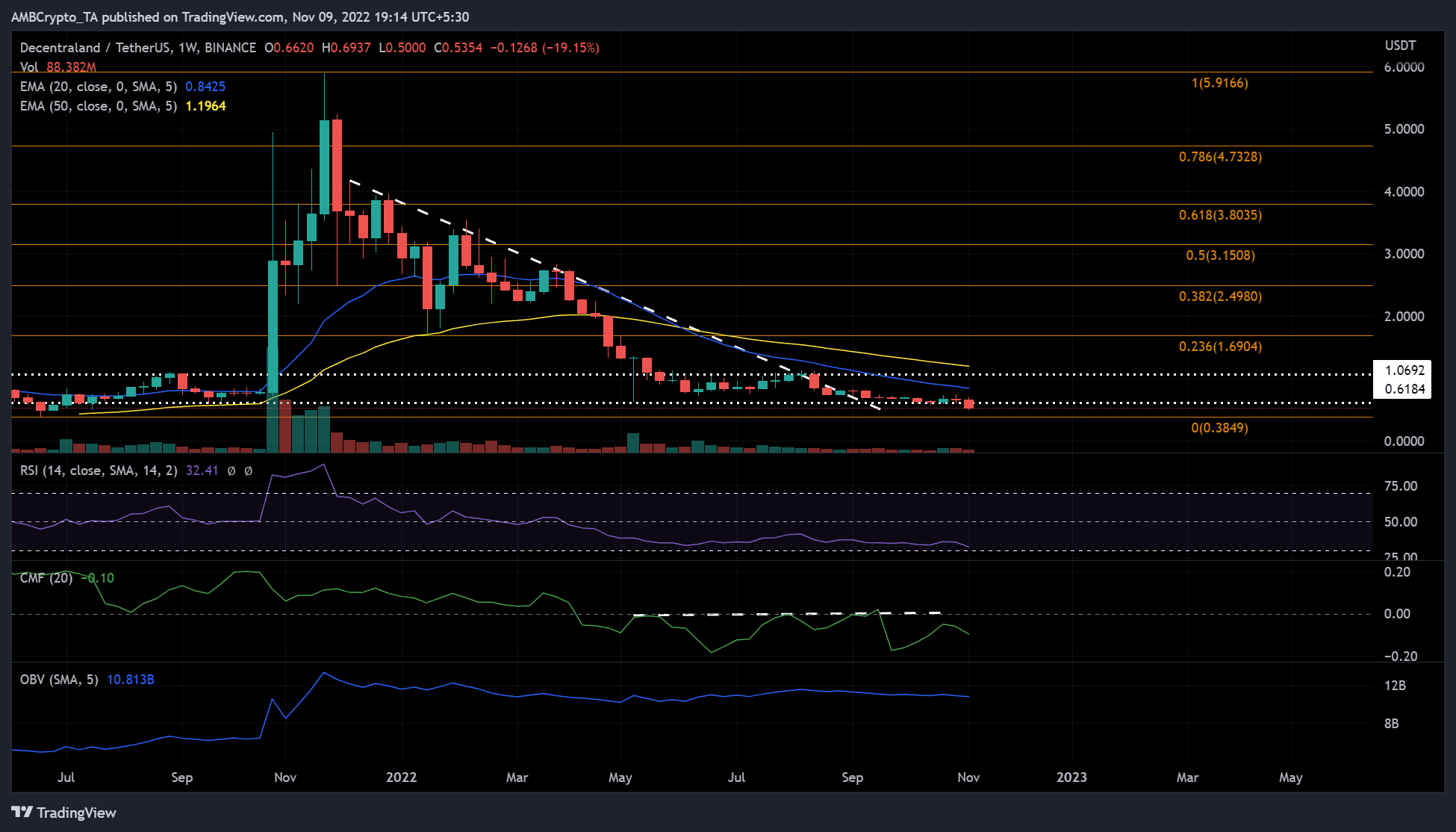 Two barriers have cornered MANA over the past year. After an upward move in late 2021, a trendline resistance blocked all attempts by buyers to recover and cash in on the altcoin. Sellers had the upper hand since December 2021 before exhaustion hit in May 2022.

A final attempt by the bulls failed to produce a convincing breakout and MANA ran into a second barrier – A range. Limited buying pressure undermined the price rally, as shown by the flattening On Balance Volume (OBV).

The current range looks similar to the one from July to August 2021. Interestingly, MANA staged a big rally in last year’s range, ending with an ATH of $5.85 on 25 November. That would make the prevailing range a local bottom waiting for an upside breakout.

If this is the case, a weekly candle closing above and retesting support at $0.6184 would confirm an entry opportunity for long positions. The immediate target for long positions would be the range resistance at $1.1 and the secondary target at the Fib level of 0.236.

However, a weekly candle closing below $0.6184 would reinforce the bearish outlook. The Chaikin Money Flow (CMF) was below zero and the RSI was in oversold territory, confirming that sellers have been gaining momentum.

However, the overall network growth of MANA has been declining since May. Long-term MANA holders are yet to book profits from their investment, as underlined by the negative 365-day MVRV (Market Value to Realized Value ratio).

Investors should therefore follow MANA’s sentiment and the movement of BTC as it correlates positively with it.