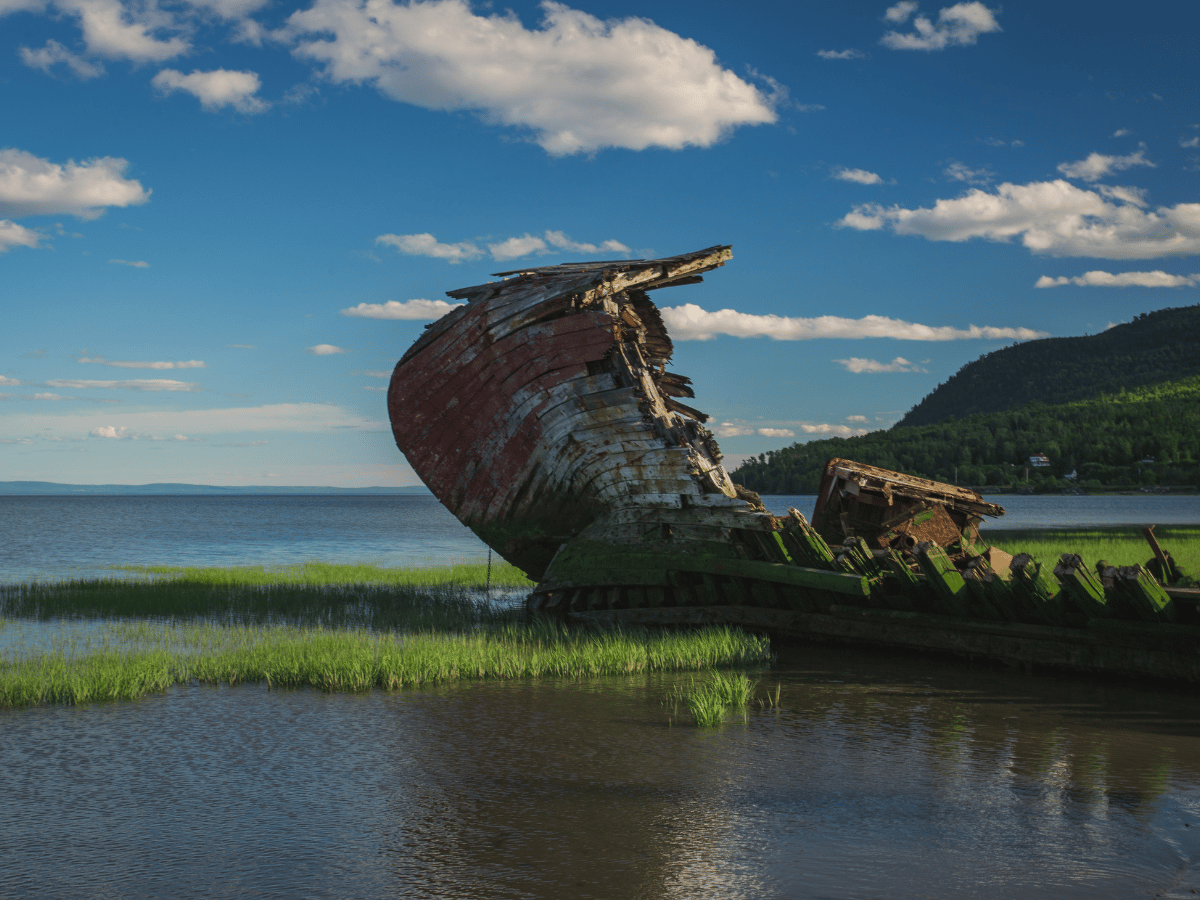 The Bitcoin [BTC] hashrate went off the radar on 25 December, hitting as low as 170.6 ExaHash per second (EH/s), CoinWarz data revealed. According to SatoshiActFund CEO, Dennis Porter, the incident occurred due to harsh weather conditions in Texas.

Over 30% of the #Bitcoin hashrate has gone offline due to extreme weather in Texas and yet the global #Bitcoin network continues to work perfectly.

Now imagine if Amazon or Google tried turning off 1/3rd of their data centers. pic.twitter.com/G49iqBZXDL

It was paramount for the hashrate to be affected since the United States city housed a lot of Bitcoin miners. The rasping weather meant that miners had to pause operations. Meanwhile, the hashrate dip did not halt BTC transactions despite hitting the lowest in almost a month.

BTC: Is it time for a repeat?

In times past, the hashrate decreasing this much indicated a negative impact for BTC according to Korean crypto analyst Crypto Sunmoon. In fact, it implied certainty in a value decrease since the hashrate acts as the computing power for processing transactions on the Bitcoin network.

Explaining his opinion via his CryptoQuant publication, Crypto Sunmoon said,

“Hashrate has dropped dramatically. This suggests that some miners have stopped mining and are experiencing financial difficulties. Miners who stop mining are likely to sell their Bitcoins.In the past, when the hash rate (30 EMA) reached two peaked and decreased, bitcoin prices also decreased twice.”

However, early BTC signs showed that the case might be different this time. This was due to the BTC price maintaining the $16,800 region at press time. According to CoinMarketCap, this represented a neutral position over the previous data.

In other ends, Bitcoin exchange reserves which declined earlier were still in the same region. According to Ghoddusifar, another CryptoQuant analyst, increase in reserves were usually accompanied with an increase in the BTC price.

Hence, this dwindling case meant that BTC remained at risk of a further fall. Nonetheless, this could signify the start of a bullish crossover.

A 0.45X decrease IF BTC falls to Ethereum’s market cap?

Chartwise, here’s the state of the king coin

In the short term, BTC might likely fall to the demand of bears. This was due to the condition of the Exponential Moving Average (EMA). At press time, the 20 (blue) and 50 (yellow) EMAs were closely positioned. However, the 50 EMA still remained above a bit. Hence, the bearish inference. 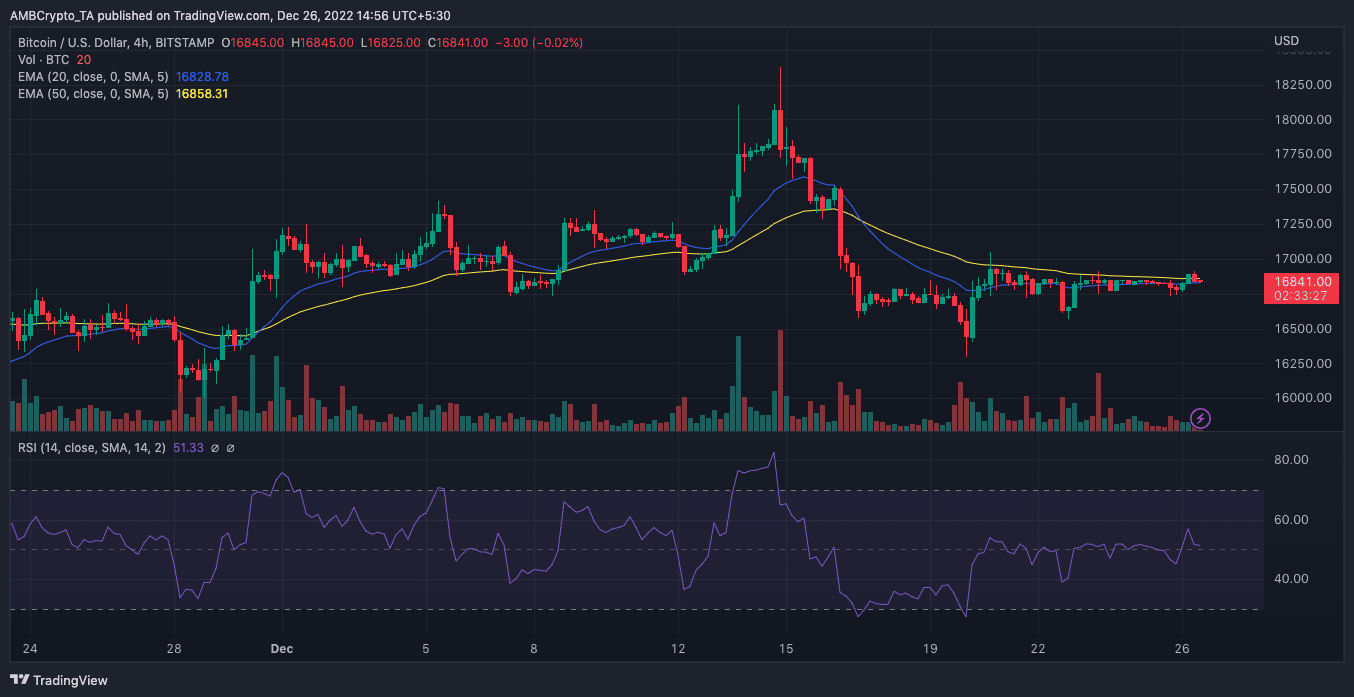 Regarding the hashrate, Porter tweeted in the early hours of 26 December that it had recovered and reached a weekly high in less than 24 hours. The head of the mining advocacy association also mentioned Bitcoin’s engineering was exceptional and great for the electricity grid.

The #Bitcoin hashrate plummeted 30% and recovered within 24 hours without any impact to the network. An engineering marvel.

With Japan set to lift its stablecoin ban, crypto enthusiasts can expect this in 2023

Is Solana at the brink of a downfall? This final nail in SOL’s coffin could spell harm