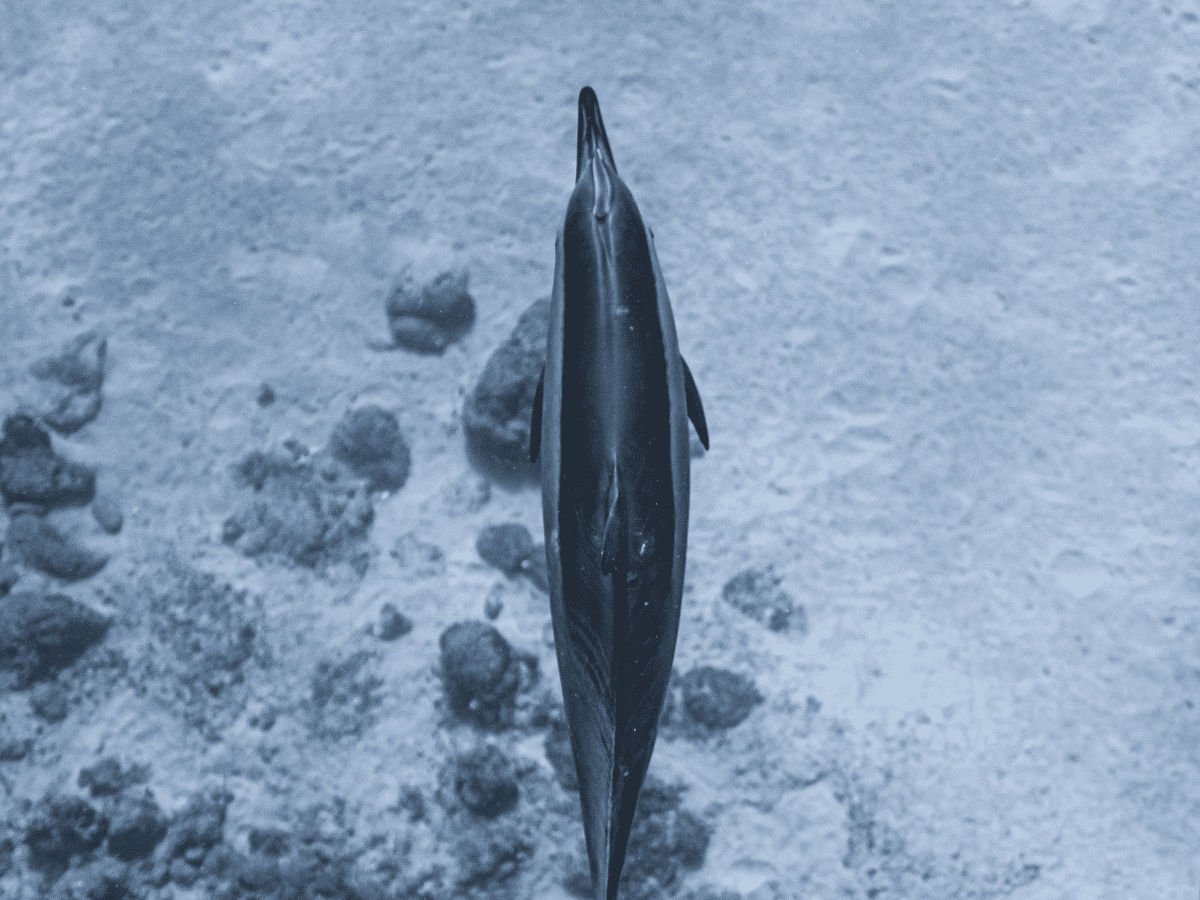 Shiba Inu [SHIB] fell to number thirteen in market value according to CoinMarketCap as the meme coin price plunged.

The altcoin, which has recently enjoyed moments of sustained rallies, was trading at $0.0000128 at press time. This price represented a 12.91% decrease from its 24-hour status.

While the reason for this fall might have been related to the Bitcoin [BTC] price decrease, other things occurred.

According to Santiment, both Dogecoin [DOGE] and Shiba Inu [SHIB] have both been the “victims” of profit-taking whales.

🐳 #Dogecoin and #Shibainu have both experienced major price corrections after their respective Tuesday and Sunday tops. As is often the case, the whales foreshadowed the ideal profit taking moments when their large transactions exploded on each network. https://t.co/6QoIoxkknt pic.twitter.com/p3BAMjcav1

The on-chain analysis platform also mentioned that it was a routine for the whales, especially as some parts of the week produced profits.

SHIB data further revealed that these transactions were in large sums. This, obviously, would have led to a capitulation, and the drastic fall was not surprising.

Additionally, the outcome may have been unsurprising as Ethereum [ETH] whales were dumping their SHIB holdings earlier.

However, there was a positive update to look at around the SHIB ecosystem—the burn rate. While a decreased burn rate led to a price uptick about two weeks back, the recent one did the reverse.

At press time, the SHIB burn rate had surged over 225% with over 224 million SHIB burned. 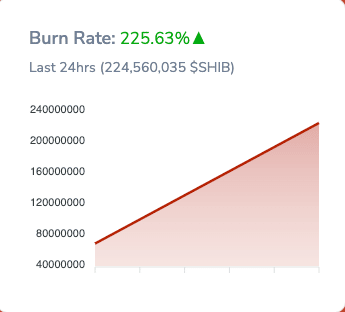 A look at Santiment showed that SHIB’s volume which was about $4.35 billion on 15 August was now less than $900 million.

The active addresses also followed a similar pattern, moving from 12,670 on the aforementioned date to 5094 at press time.

For SHIB investors, hoping for an uptick in the short term might sound too soon. Its four-hour chart revealed that SHIB had been losing since 18 August up till the time of writing.

Also, the Moving Average Convergence Divergence (MACD) was massively below the zero level of the histogram, showing that the sellers were in control.

The selling momentum (orange) also remained above the buying pressure (blue). With all of these indications, SHIB is likely to remain in the red. 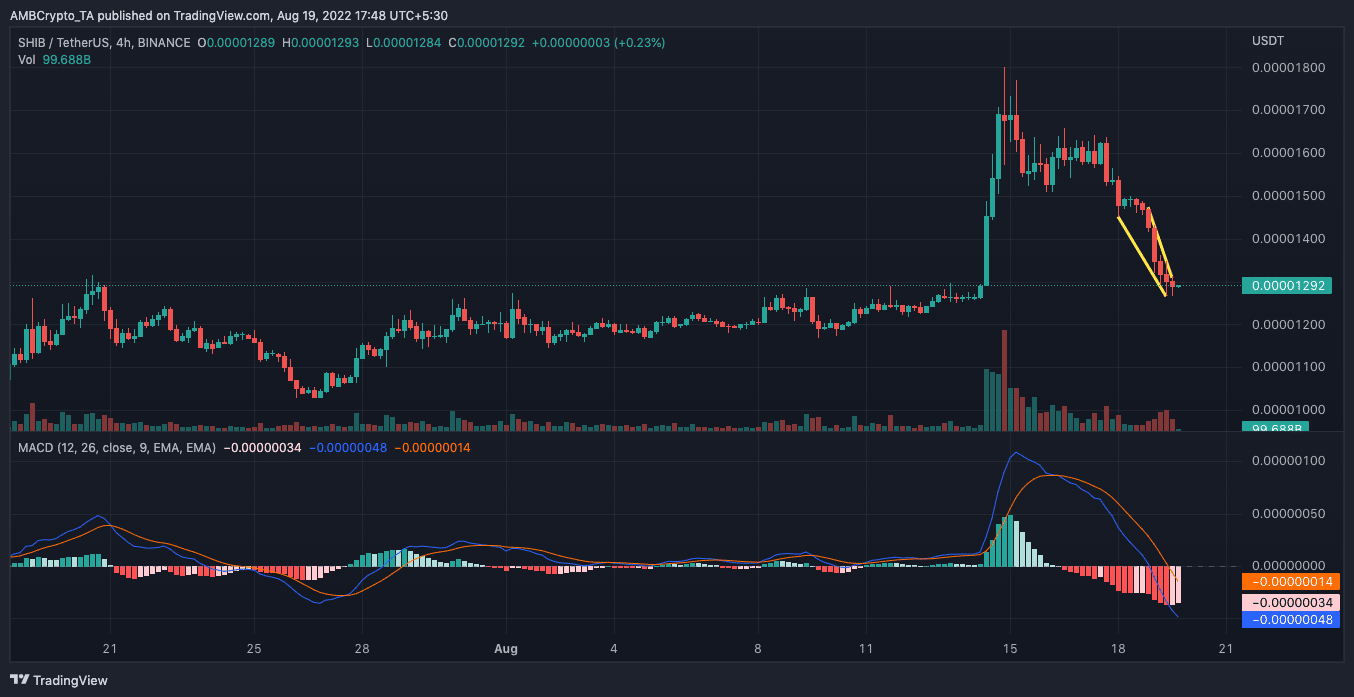 Dogecoin traders can leverage this support level to remain profitable

As Axie Infinity transitions into Phase 3, here’s what investors should know