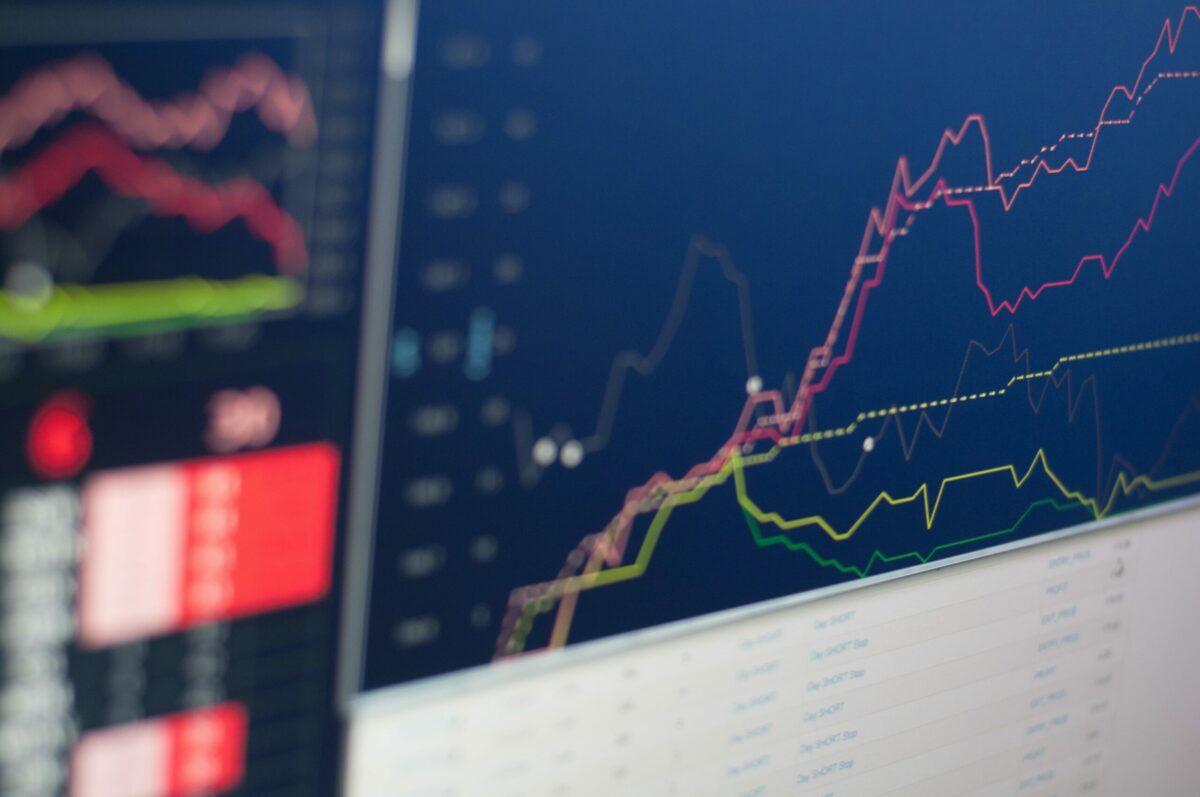 ALGO pumped by more than 30% last week courtesy of Algorand’s major development. The network revealed a partnership that would make it FIFA’s official blockchain. The announcement might just be the start of a robust growth phase for ALGO but is it big enough to push it back to its previous ATH?

Stepping up the game

Algorand’s deal with FIFA is quite a big deal especially in terms of the potential value that it can unlock for the network. FIFA happens to be one of the most organized and successful sports organization and it with that comes a lot of opportunities to enhance Algorand’s utility.

It may also provide more visibility and encourage other high-profile deals. Such developments would have a positive impact on ALGO and potentially strengthen its recovery to previous ATHs in favorable market conditions.

The crypto market concluded last week with a strong bearish performance but ALGO managed to go against the market and remain in the green. The FIFA partnership announcement acted as the catalyst that fueled ALGO’s healthy bull run during the week. It traded at $0.75 at the time of writing, which is a significant gain from its weekly low at $0.56. 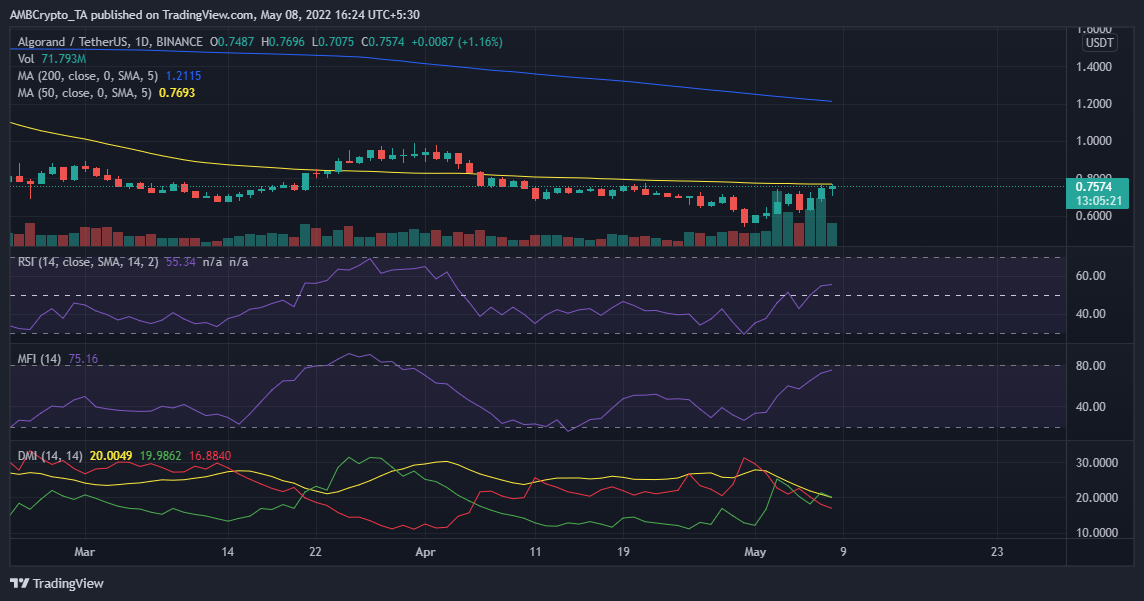 ALGO still has some more potential upside to cover before it becomes overbought. It crossed the RSI’s neutral level, and enjoyed healthy accumulation in the last 7 days according to the MFI. The DMI confirms the trend reversal in favor of the bulls but it might be due for a cool-down especially as traders take profit after the latest rally.

As far as its on-chain metrics are concerned, ALGO registered a strong volume and market cap uptick in the first week of May. It reflects the sudden surge of interest in the cryptocurrency especially after the FIFA partnership announcement.

What’s next for Algorand?

Although ALGO achieved a positive performance, it still heavily discounted from its all-time high of $2.99. However, the latest developments will likely aid its recovery, especially if the rest of the market falls in line. Algorand is also rapidly turning out to be one of the best NFT networks. Its environmentally-friendly nature is currently attracting NFT partnerships from parties focused on green technology.

Algorand’s current position and latest development highlight its place in the market. ALGO may continue experiencing market headwinds once the hype dies down. However, its current growth trajectory should be accretive to ALGO’s long-term growth.

Chainlink: Despite falling below $10, this cohort continues to accumulate LINK

Why MATIC investors must be wary of these possible outcomes