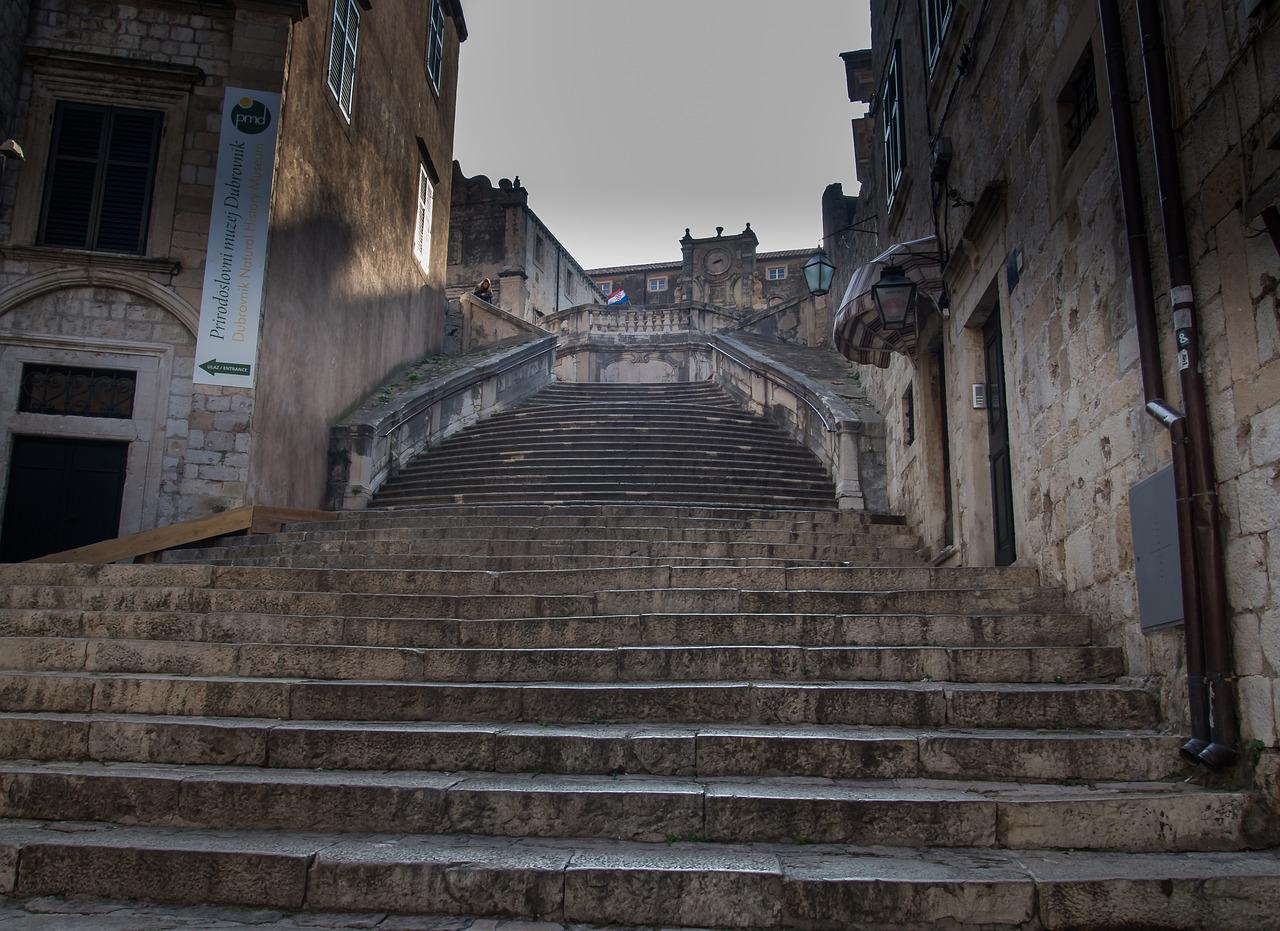 The recent growth witnessed by Justin Sun’s project has surprised a lot of investors. This led to a significant rise in support for the network. Not too long after launching its own stablecoin, Tron [TRX] observed a sharp hike in its demand, followed by an equally spectacular hike in price as well.

After two weeks of sustained green candles, TRX got somewhat closer to invalidating the losses it saw in 48 hours when almost 27% of the altcoin’s value was wiped out. However, backed by the sudden growth in its network and support from its investors, the alt might be able to recuperate all the losses incurred in June over the next few days.

Trading at $0.069 at press time, the altcoin had risen by 24.14%. This means that the crypto is inching closer towards the crucial 23.6% Fibonacci level, which coincides at $0.07. However, at the moment, Tron needs to flip this 23.6% Fibonacci line into support if it intends to sustain this rally.

Tron swims against the tide

Furthermore, the presence of TRX holders on a daily basis has only increased as opposed to the market trend. This is interesting, especially since the latter has fluctuated significantly in these few months.

At its peak on 25 June, the network saw over 2.9 million users active on the chain. This presence wasn’t simply FOMO-filled individuals but actual users, which can be backed by their on-chain activity. 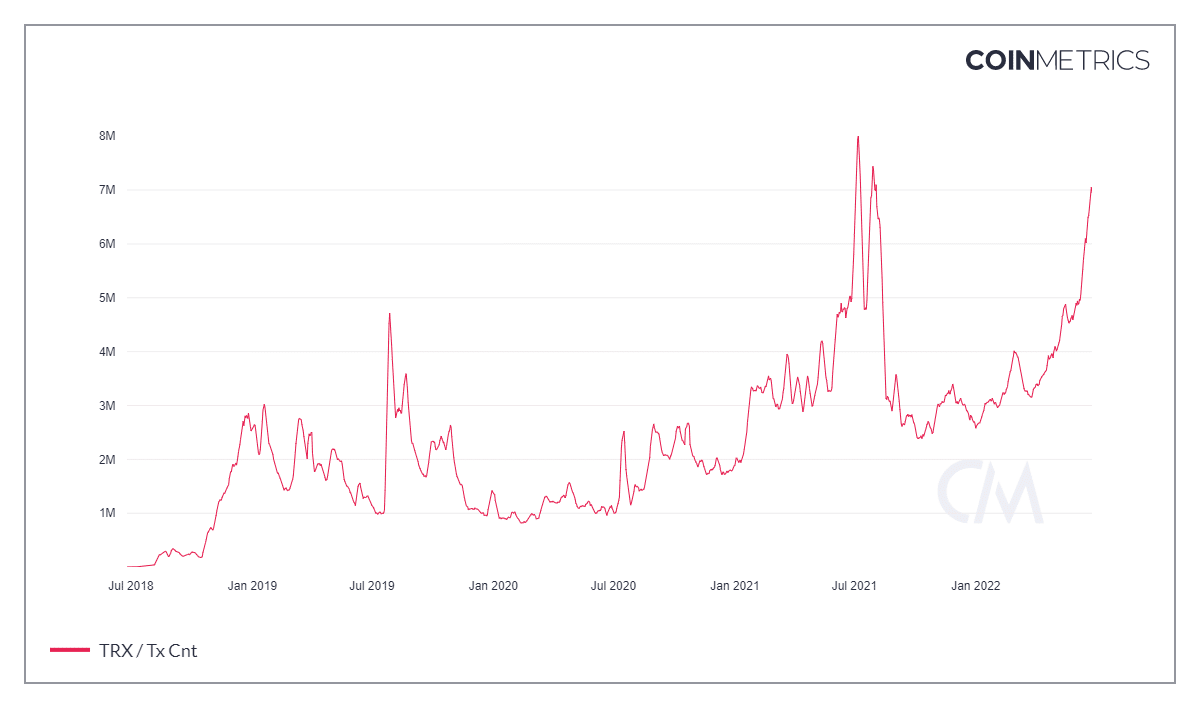 The total number of transactions being conducted regularly peaked on 26 June at 7.04 million transactions. The only other time Tron recorded transactions this high was back in July 2021, when the figure stood at 8 million. 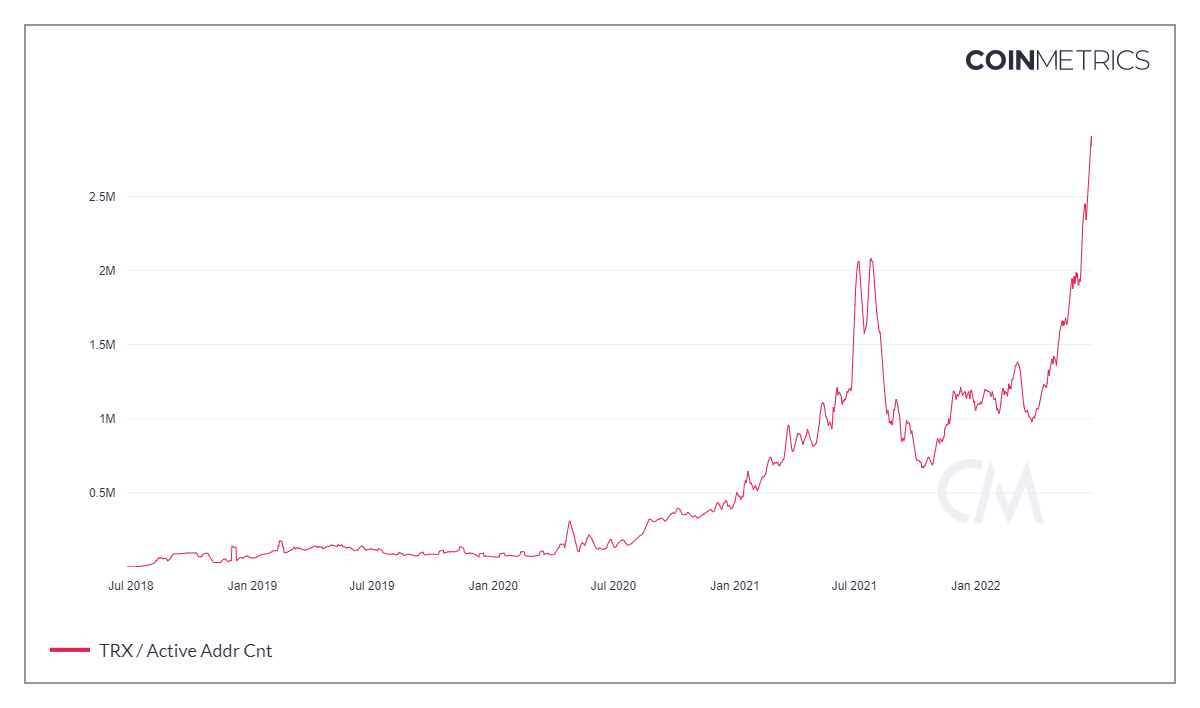 Regardless, the present status of the altcoin will certainly act as a huge boost. It will not only improve the existing investors’ situation but also draw in new investors. This is because the ROI on TRX is back up in the positive zone after lingering in the negatives throughout April and May and relapsing again in June.

Should the alt manage to keep it going this way, more green candles are expected to take over the chart. This will only further improve the ROI and push TRX as among the market’s leading cryptocurrencies. 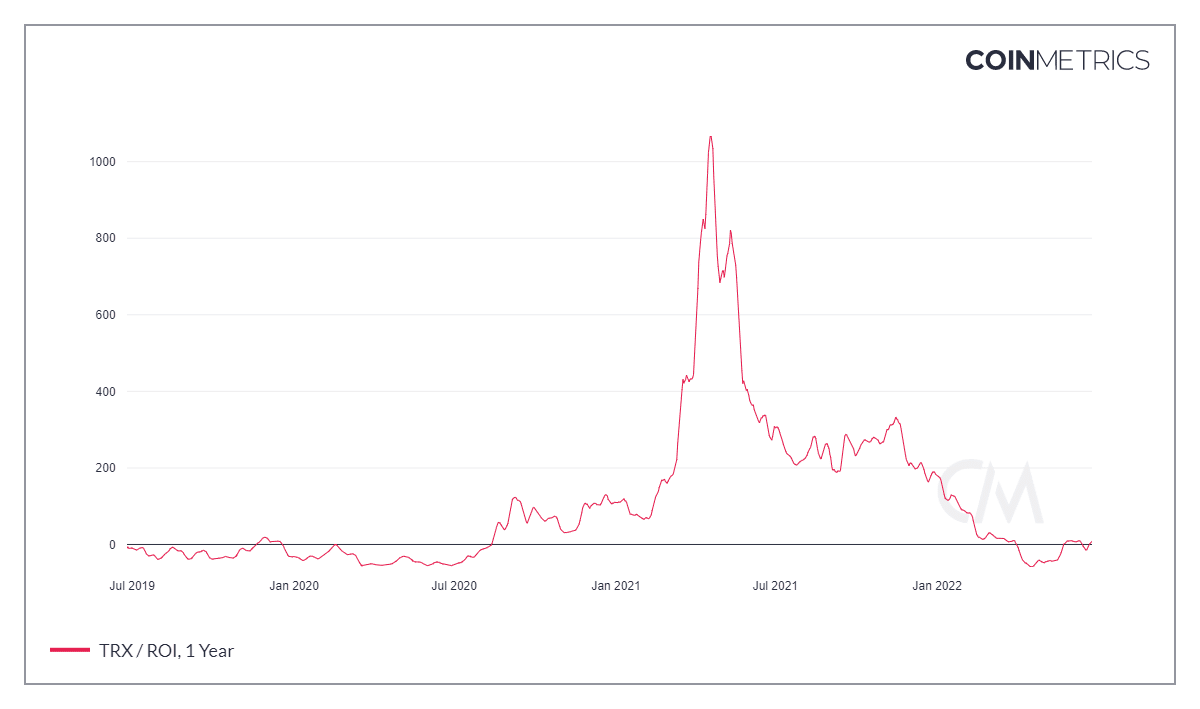 Up by 48%, should the DeFi Pulse Index thank UNI instead