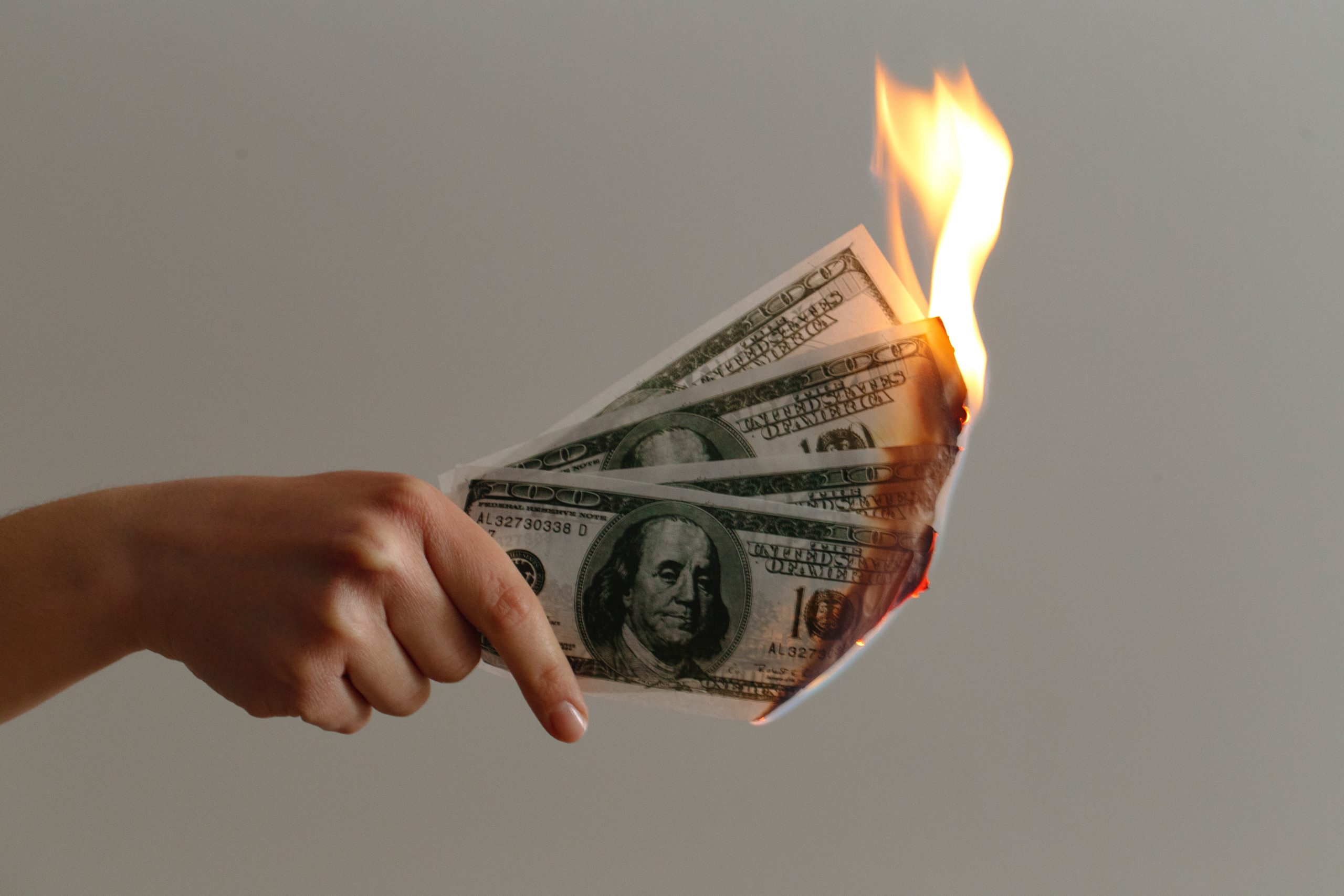 U.S Federal Debt: Where are we now?

The first round of stimulus began back in 2020 during the peak lockdown period. With the country being shut for a huge part of the year, the stimulus could not boost the GDP. In fact, this resulted in a record-high – 130% of debt to GDP ratio. 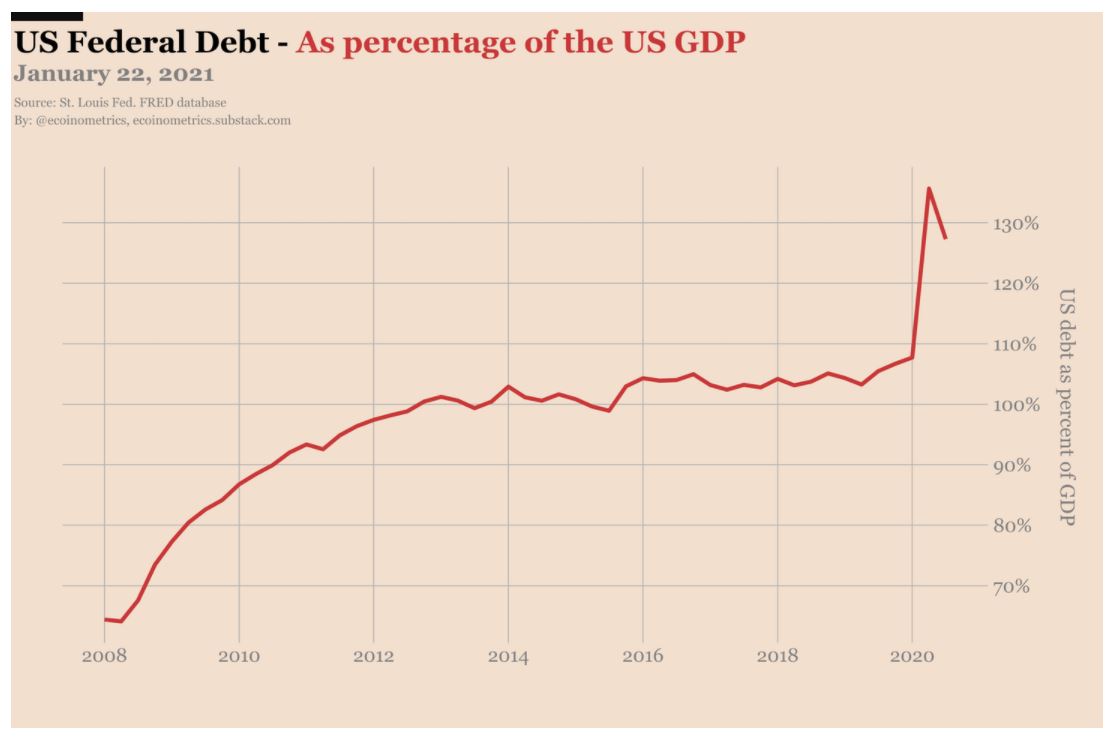 When compared to the 2008 crisis, it can be estimated that once the U.S Debt to GDP ratio spikes, it hardly ever comes down. With another stimulus around the corner, the Federal Reserve will continue to buy the debt. 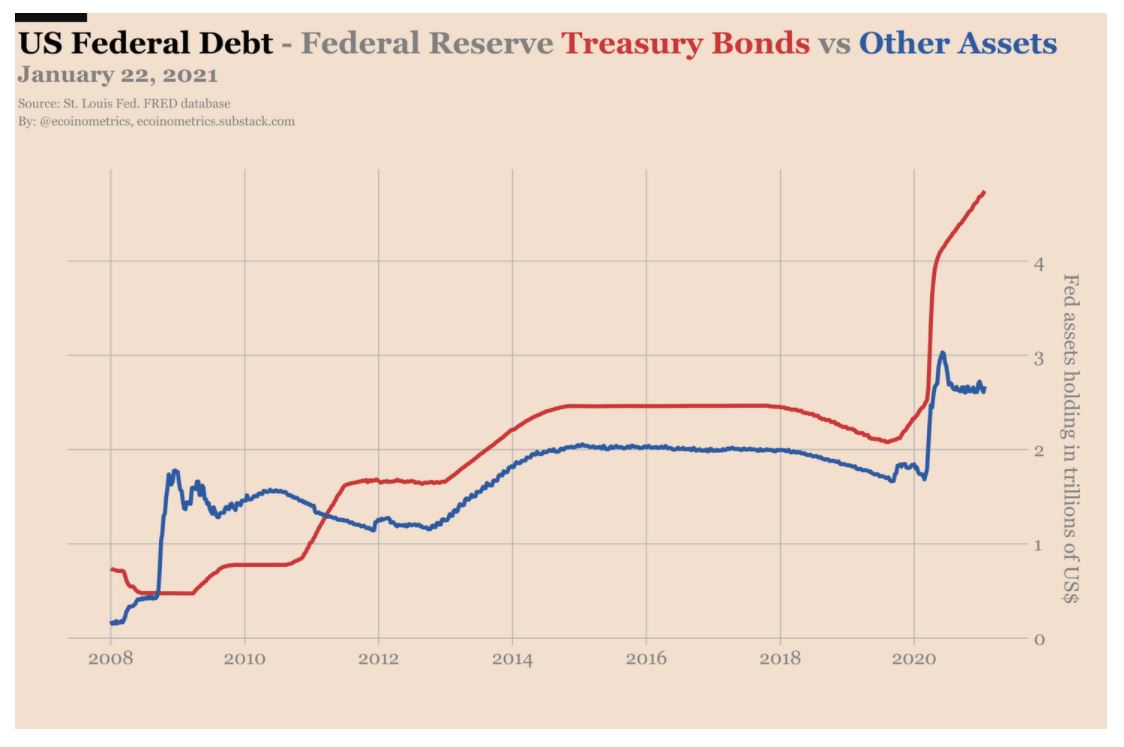 According to a recent Ecoinometrics report, the Federal Reserve has the largest ownership of debt growth since 2020. Now, the Federal Reserve actually does not have to buy the bonds issued by the U.S treasury, but it does it to absorb the debt. And, how does it do it? By just running the money printer. In fact, since the end of 2019, the Fed Reserve has bought over $2.5 trillion worth of U.S Treasury bonds, and this will continue to be the case with the next stimulus check.

The aforementioned process of debt monetization is the key catalyst for fiat debasement, something that predominantly takes away the purchasing power of the U.S dollar. This hasn’t changed since 2008, and it unlikely to change in the future.

Where does Bitcoin benefit again?

To go ahead with this explanation, we would need to explain Gold‘s position and bond yields in the current market. 10-year U.S bond yields on a long-term trend are always supposed to go down. However, 2020 saw a rise in bond yields, making debts even more expensive. 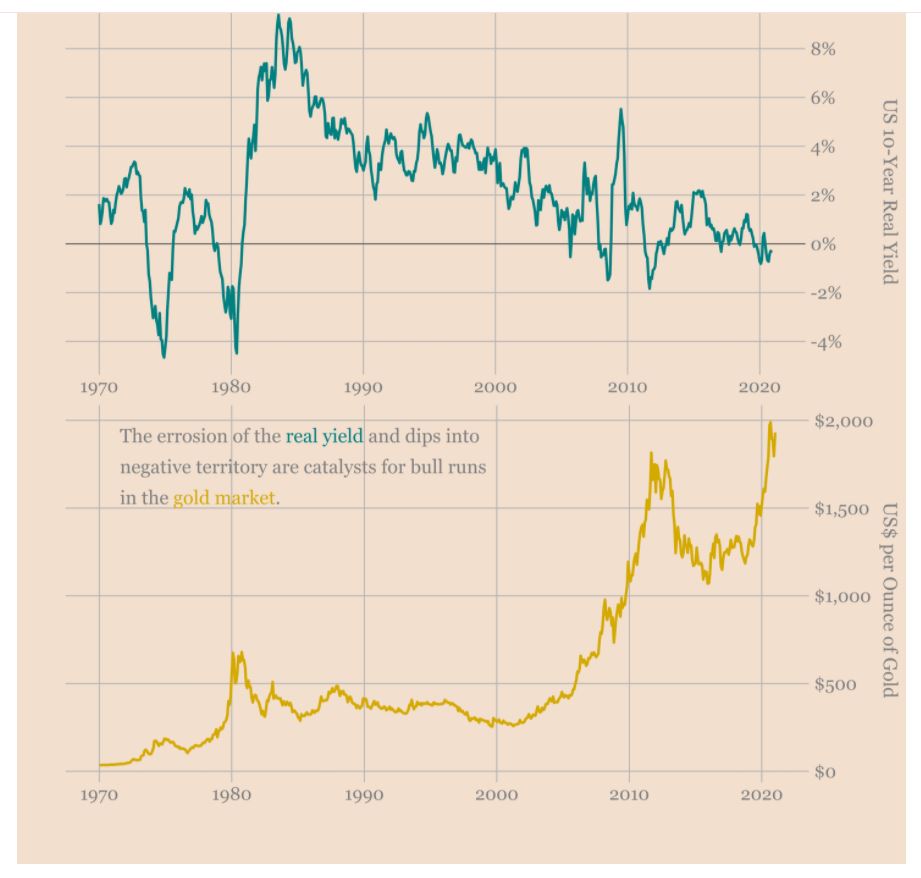 However, there is another caveat to this matter. U.S bonds’ real yield has always driven the bull runs in the gold market. Now, these conditions can be fundamentally created for Bitcoin as well. Bitcoin is increasingly being seen as a store of value by institutions at the moment and the same dynamic comes into play.

Additionally, with Bitcoin, there is an absolute absence of monetary uncertainty as the financial structure is based on deflation. The issuance of Bitcoin over the long-term is deterministic and accountable.

Hence, over the upcoming period of debt monetization, some investors will possibly move their attention to Bitcoin, alongside Gold. However, when compared to the precious metal, Bitcoin has had better ROIs over the course of the last decade.

With negative real rates being around for a while, the likelihood of a gold bull market is very evident, and this will likely trigger a Bitcoin rally as well. Hence, the change in administration may not really affect Bitcoin’s trajectory in the near-term.