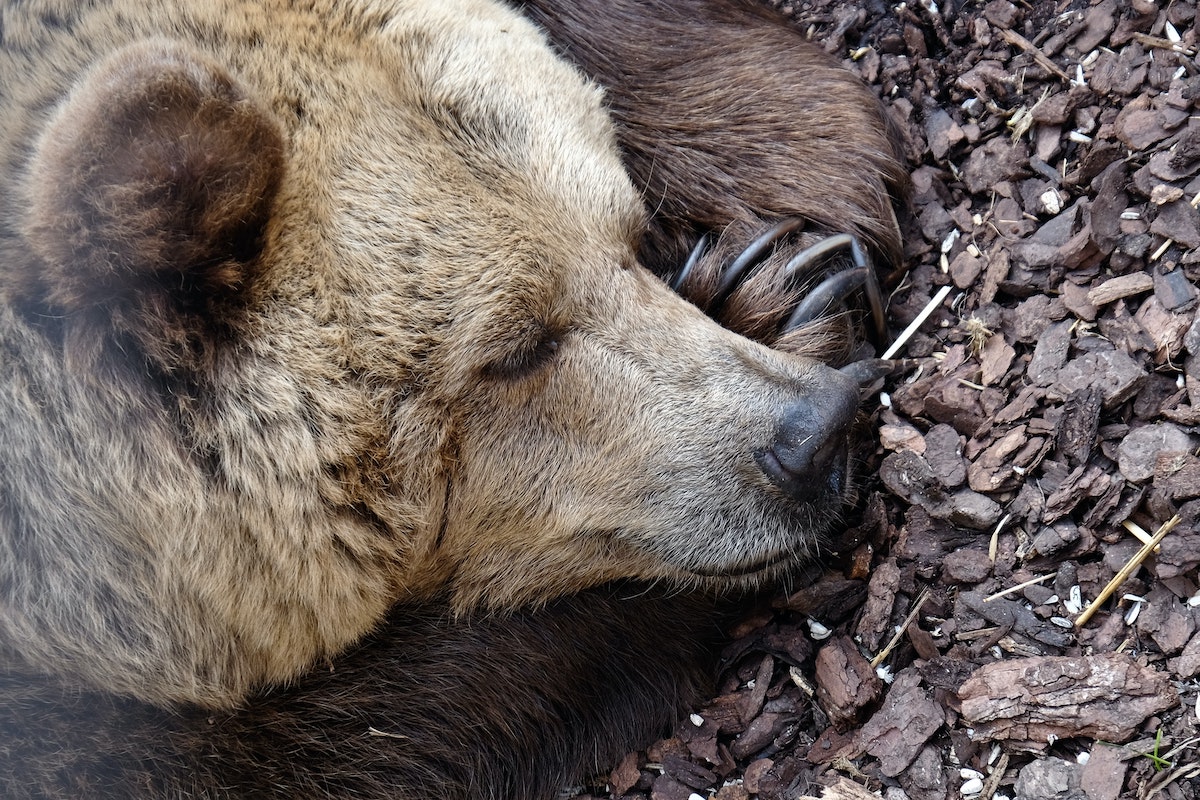 The altcoin market crashed significantly in the month of May. Ethereum, the largest altcoin extended its decline below the $1,820 support against the U.S Dollar. At press time, ETH suffered a fresh 11% correction as it traded below $1,7300.

What can investors expect next?

Ethereum’s fee structure has been on a constant decline as the network approaches the “Merge”. At present, ETH’s average fee costs traders just $2.54 per transaction- the lowest ETH cost level since July. 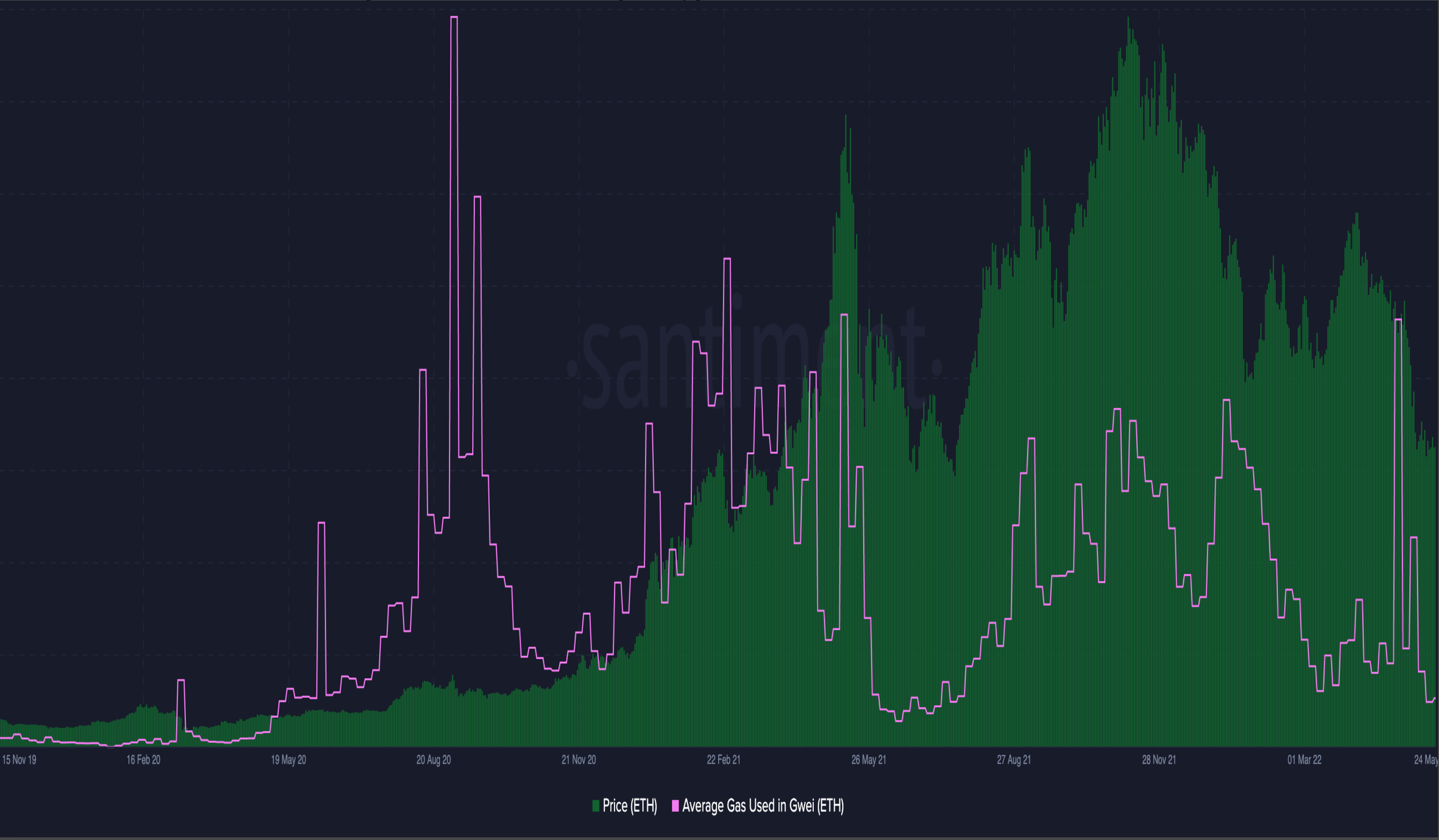 While this might sound like a positive development, there are some concerns attached to it. This also showcased a declining demand/traction for the largest altcoin within the NFT, the DeFi domain.

The slow/declining development could showcase another attribute, i.e. arrival of the hibernation phase. On 27 May, On-chain data provider Santiment reported:

Low fees mean very little activity, and no one is interested to do anything. Is there any connection to stablecoin velocity (let’s say DAI)? Well, Santiment’s blog opined:

“It looks like velocity (a measure of how quickly money is circulating in the crypto economy) has always decreased when we went to the top. Quite low now.”

Looking at these two charts, a hibernation picture comes to mind. In addition, the transaction volume on a seven-day average has dropped to the lowest it has ever been. Thus, justifying the hibernation claims. 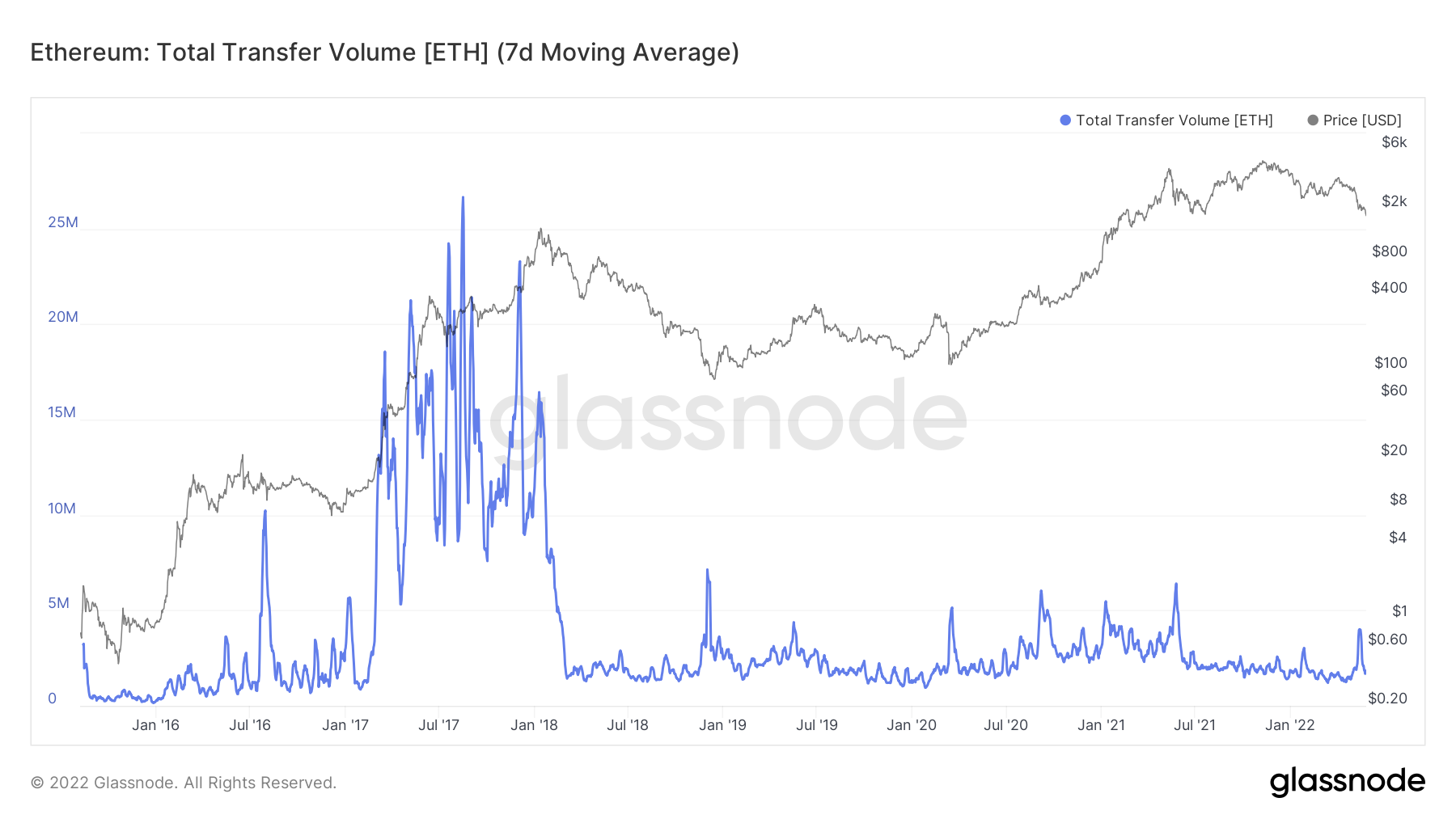 The grass is greener here

Here’s another way to look at it. This hibernation from investors is actually protecting them from any severe losses. Price movement will eventually recover but exiting at the wrong moment would lead to the investors losing out on profits. In fact, at present, 53% of holders still saw profits.

Holders have maintained a “holding” culture despite the hiccups. Data from Glassnode showed that ethereal exchange withdrawals have been on the decline.

This metric had held up through multiple bull rallies and went against the grain as investors chose to move their ETH holdings out of exchanges. It signaled a high accumulation pattern among investors that showed that sentiment remained firmly the positive as holders refused to sell.

Related Topics:EthereumThe Merge
Up Next