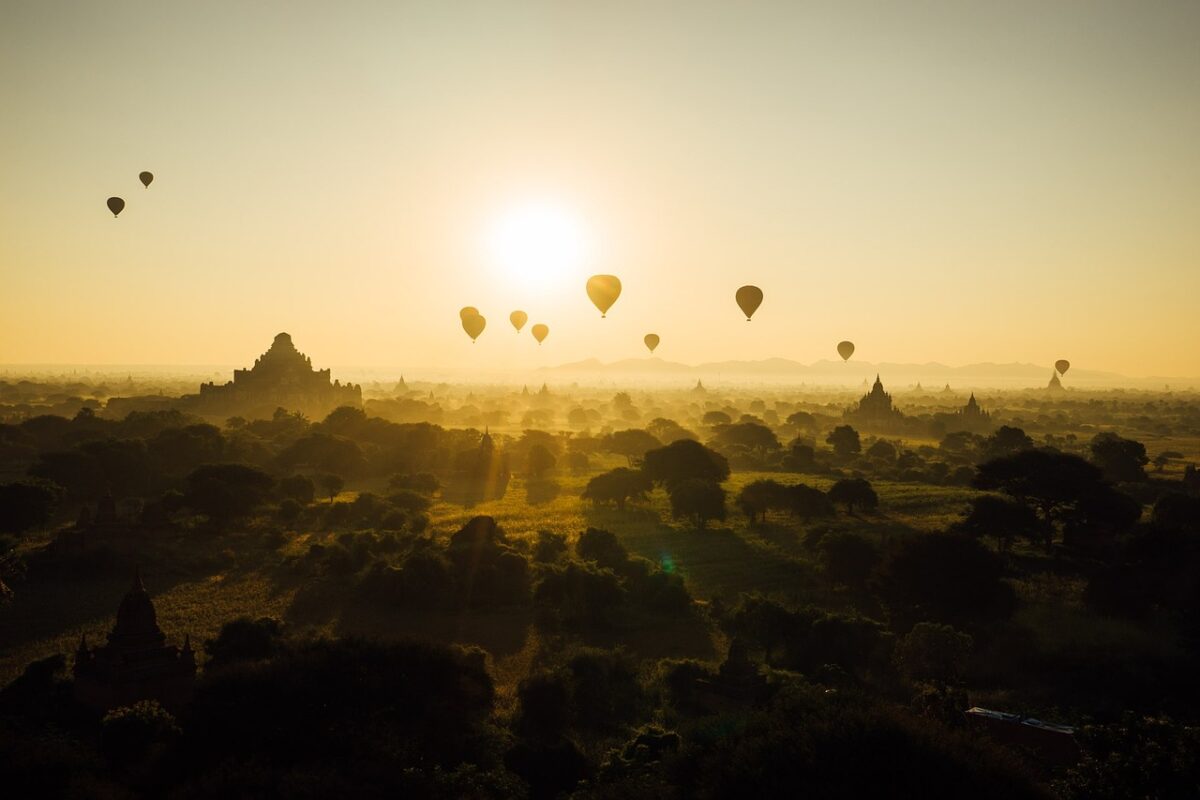 In a single hourly session the previous day, Waves had traded a million tokens on Binance. This has been a relatively common occurrence for Waves in the past month, as there have been multiple hourly sessions with 1m+ of the token traded. Each time, there had been further upside before an eventual pullback. This could be the case once more in the hours to come. Bitcoin has also seen strength in the past few days as it rose past $45k once again, and Bitcoin’s bullishness sometimes nourishes altcoins and their USD pairs. 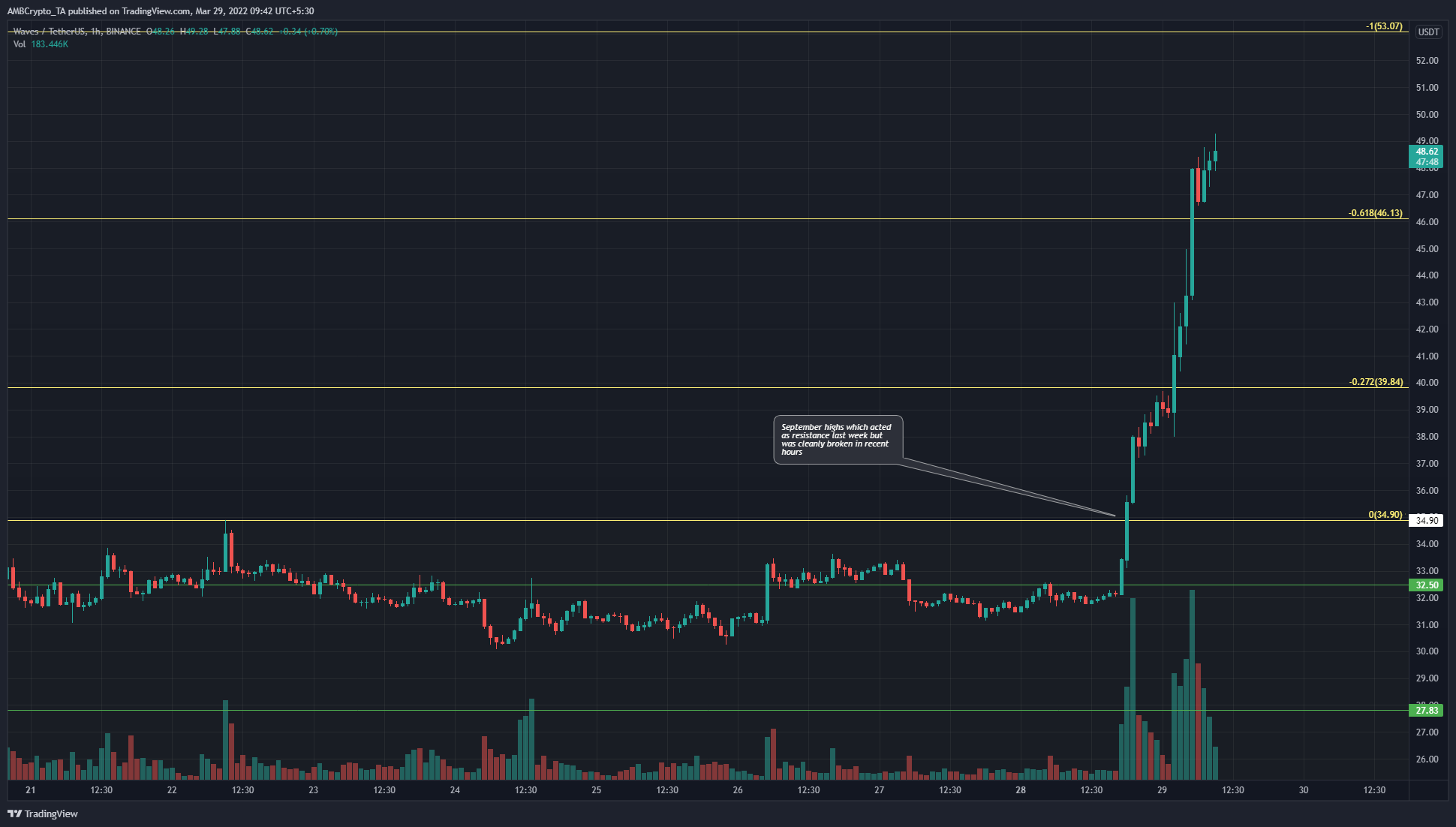 On the 22 March, WAVES formed a high at $34.9, which was also the same level that the asset stalled at in mid-September last year. The past few hours of trading saw this level broken on high trading volume, a sign of conviction from market participants.

A set of Fibonacci extension levels (yellow) were plotted based on the price’s move from $16.73 to $34.9 this month. The 100% extension level lay at $53.07, marking it as a near-term take-profit level. However, WAVES could still have plenty of strength, so partial profit-taking might be advisable as well. 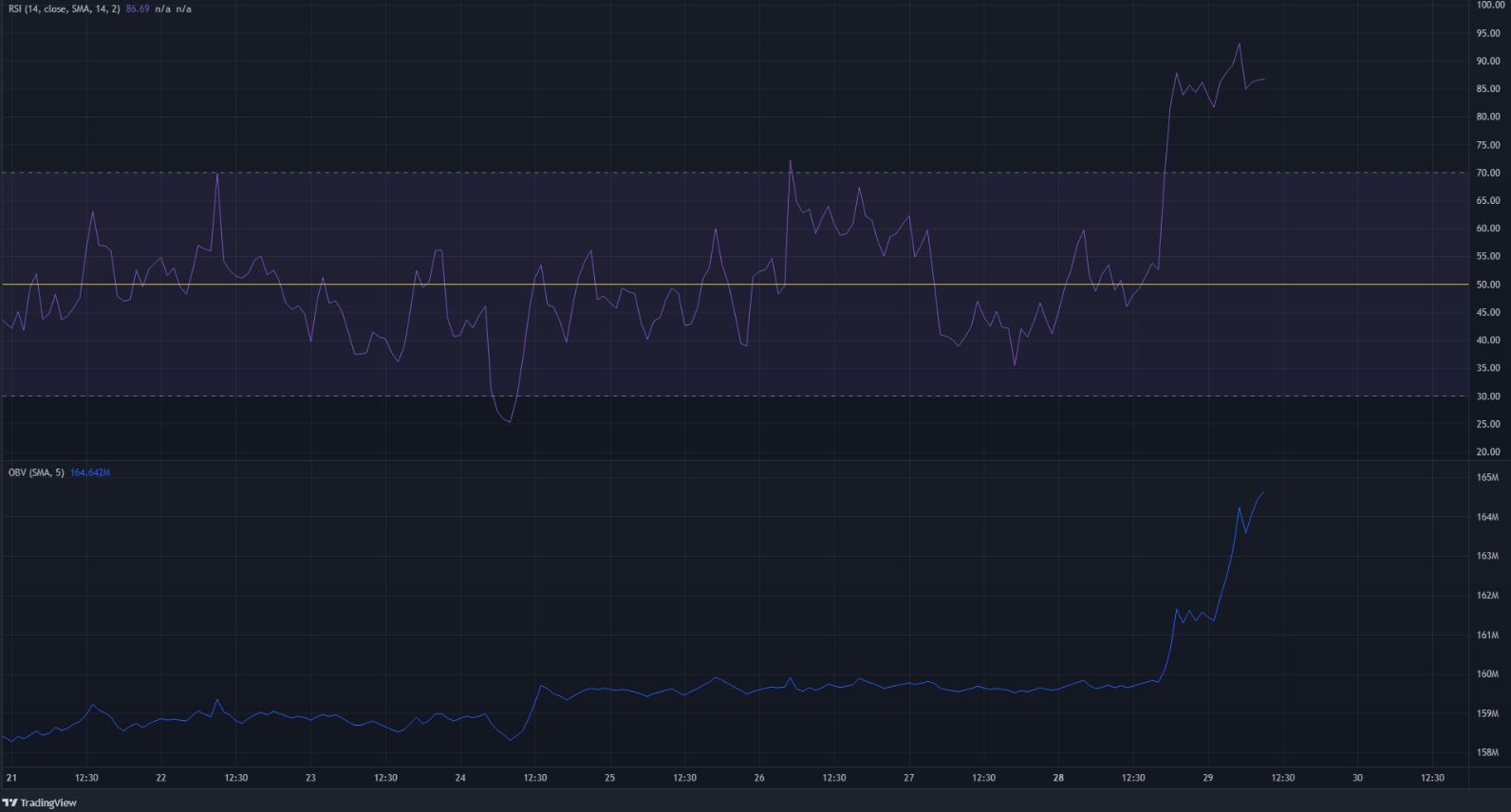 On the hourly chart, the RSI was on the verge of making a lower high even as the price made a higher high- a bearish divergence. This could see the token pullback to the $38-$40 area. On the other hand, higher timeframes showed strong bullish momentum and no divergence yet, which meant further gains were still very likely.

The OBV has surged alongside the price which meant the rally was backed by genuine demand.

Continued gains were still a likelihood for WAVES, and taking partial profit and reloading on a pullback could keep FOMO away. Such a pullback could be as deep as $40, while to the north, the $50 psychological level and the $53 extension level were likely to act as resistance.