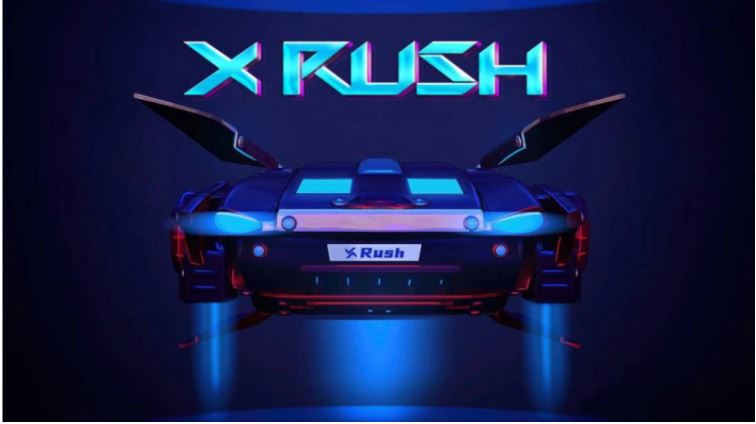 Throughout their teenage years, many people played mobile games during their free time, knowing that there weren’t any benefits. While with the recent popularity of cryptocurrency, the P2E or Play-to-earn gaming industry distributes returns among players using an economic model.

P2E gaming economics has improved many gamers’ user experience and changed the perspective of the parent’s towards gaming. While being in the P2E Industry, it is important to constantly seek for new games to have fun with, X Rush is a casual Play-to-Earn game that is integrated with racing and shooting features.

X Rush is a casual play-to-earn game that is integrated with the racing and shooting gaming experience. The game is powered by Unity, a cross-platform game engine, and it’s compatible with most Web 3.0 Wallets. Recently, X Rush completed a seed round of funding from Kucoin Ventures, and the funding received would act as funding support for X Rush to develop their gameplay and user experience closely. While also utilizing resources from Kucoin Exchange such as marketing strategy, funding, and more.

Currently, the X Rush iOS and Android versions are ready, rolling out the Beta Phase for 50 Players to test out the game while asking for feedback from the users for improvement. It was mentioned that after the release of the Beta Phase, X Rush would soon have their IGO on the Kucoin IGO Platform—also, coming up with Public Test with IDO and Listing, at around mid-to-late April. X Rush is backed by one of the top exchanges in the cryptocurrency industry KuCoin.

There are also lots of giveaways within the X Rush Community. There are giveaways such as $XOX (X Rush in-game token) and X Racers whitelist are regularly given for a community member to enjoy!

X Rush Game is available on both iOS & Android, while currently, it’s still on a test-net phase. It will be open to the public soon, following up with IDO and Listing as mentioned. X Rush users are no longer required with email or user passwords to log into mobile games. X Rush users would first need to add or create a TP Wallet (which will support other web3.0 wallets such as  MetaMask soon) to participate in the game.

Gameplay conducted in X Rush would also be uploaded into the blockchain, keeping everything safe & transparent. Firstly, Users must deposit or swap $XOX Token into their preferred wallet.  TP Wallet as it’s pretty easily accessible and user-friendly. Users can also swap tokens under the Kucoin Community Chain Network (KCC).

After having $XOX Token in the wallet, users can directly purchase X Rush in-game items on the in-game marketplace or choose to open the X Box. X Car varies from different pricing based on the level of the car. At the same time, users can try their luck to open a mystery box that gives a higher-level vehicle compared to the market price. Users that purchase X Racers NFT, hand-drawn by illustrators behind the Iconic 2009 Online Multiplayer Game, League of Legends could set it as a profile picture in the game, and the NFT are able to generate passive income up to $50 XOX Token per day.

One of the exciting factors is that there is a limited service life that each X Car has, between 3-152 days. At the end of the service life, it will be scrapped, and the token will be returned in proportion to the original value (depending on the level), keeping the supply of the X Car well maintained.

X Rush Gameplay is simple and interesting. Currently, there are two game modes which include PVE and PVP. Currently, the PVP Function is only available in the leaderboard format based on the tokens they earn. According to the roadmap of X Rush, the multi-match-making mode is expected to release in Q3 2022 and distributed for worldwide users to compete. Although it’s a simple-to-understand game, it can be challenging for new players. It requires players to expertise their speed, shows ingenuity in avoiding, and kills the boss to fight through to become the top-ranking player in X Rush.

There are a lot of Game-fi projects that exist in the market, and new projects need to differentiate themselves from others. Some of the major features of the game include:

X Rush has a strong community discussing the latest information and strategies about X Rush. Other than that, X Rush developers also often conduct giveaways as incentives for the appreciation towards the community members on Discord and Telegram. X Rush also released a “Share to Earn” model where users can get rewards such as X Car and Limited-edition items based on the Number of X Cars invitees purchased.

To remain long-term sustainable as a Gamefi-project, the improvement done by the X Rush Team by improving token utility and vesting schedule. There is much more utility than V1 Game-fi Projects such as Axie Infinity; utility includes in-game item purchase, X Car customization, Community Mining, Governance, and special campaign passes. As for deflationary risk, 5% of the $XOX Token transaction amount in the app would be automatically destroyed; passive income is halved every 50 days with a more extended vesting period.

The P2E industry has a significant impact on the gaming industry bringing financial benefits to gamers around the world. X Rush is giving users a chance to become a part of the space.

For more information on X Rush, please check out their official website.