Ripple’s Swell conference coincided with rise in XRP prices. The same was reflected in XRP’s On-Demand Liquidity, as the XRP/MXN corridor on Bitso reported an all-time high of 4,394,659 million XRP, according to Liquidity Index Bot. 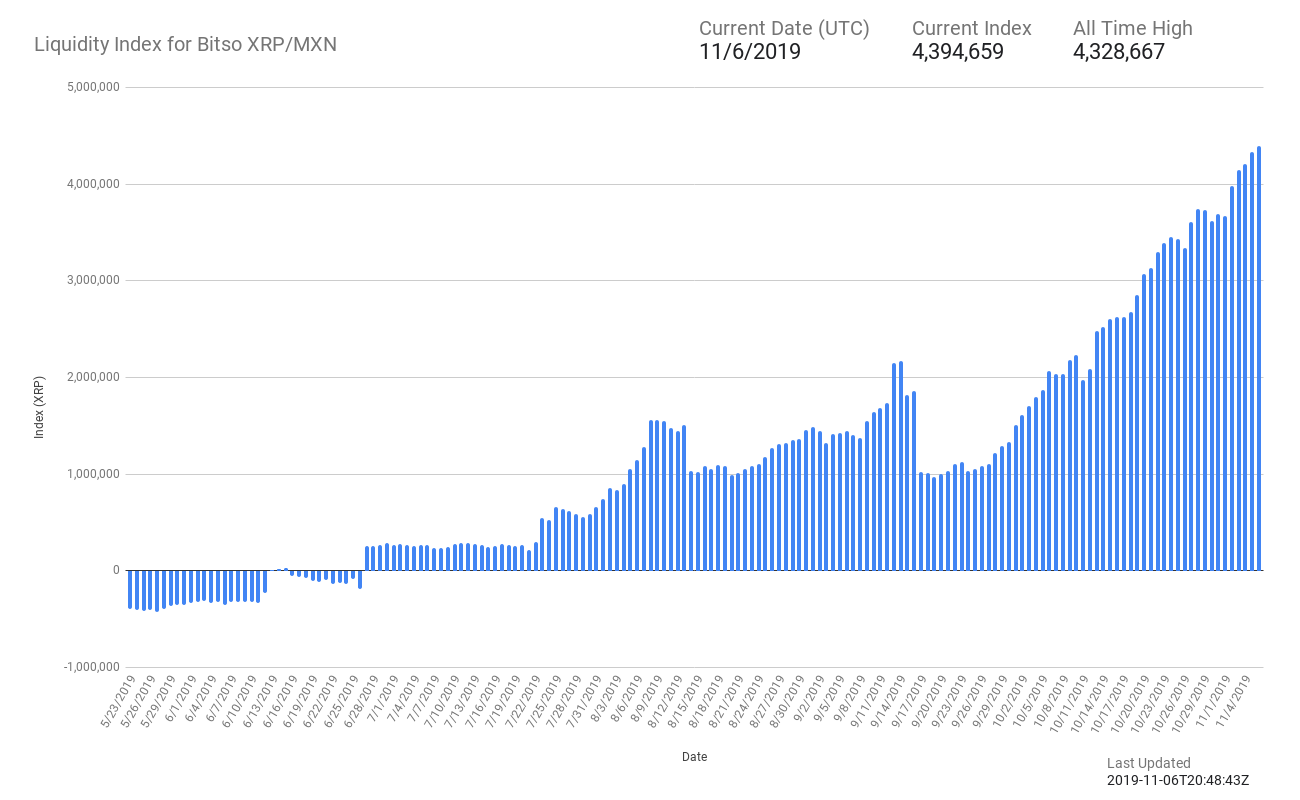 ATH for the corridor was first noticed in September, after which the gateway gained momentum and spiked with XRP transactions. The last ATH was observed on 1 November, registering 4,328,667 million XRP.

The demand for ODL saw a gradual increase in 2019, as Ripple informed the community of its seven-fold growth. The company signed-on new ODL customers like Interbank and FlashFX. ODL made its way through Mexico, Philippines, and Australia and would see expansion to Brazil soon. The company has been working proactively on corridors across APAC, EMEA, and LATAM by 2020. The blog provided by Ripple read:

“Corridors have since expanded to Australia, with Brazil coming soon. Plans for additional corridors across APAC, EMEA and LATAM are in progress for 2020.”

Ripple’s partner MoneyGram was one of the largest money transfer companies to begin the use of ODL service. The company initially started payments with Mexico from the US and then moved on the Philipines, for cross border payment.

China’s digital yuan will be the ‘weapon’ of de-dollarization

Loyalty on the Blockchain to accumulate 4.59 Billion USD in one app