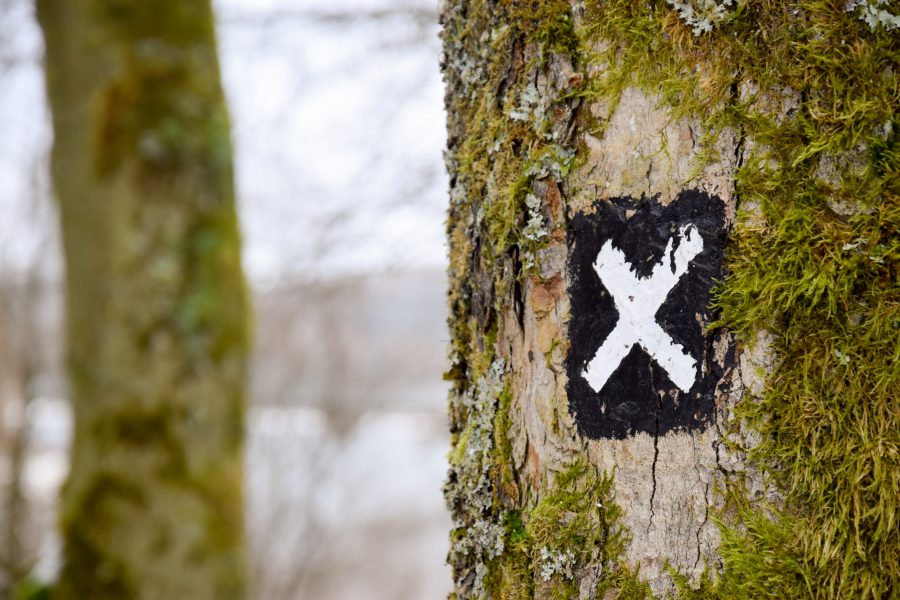 XRP’s price has been consolidating for quite a while now. Even with the Swell conference and major announcements made during the XRP Japan Meetup, the price seems to be dead in the water. 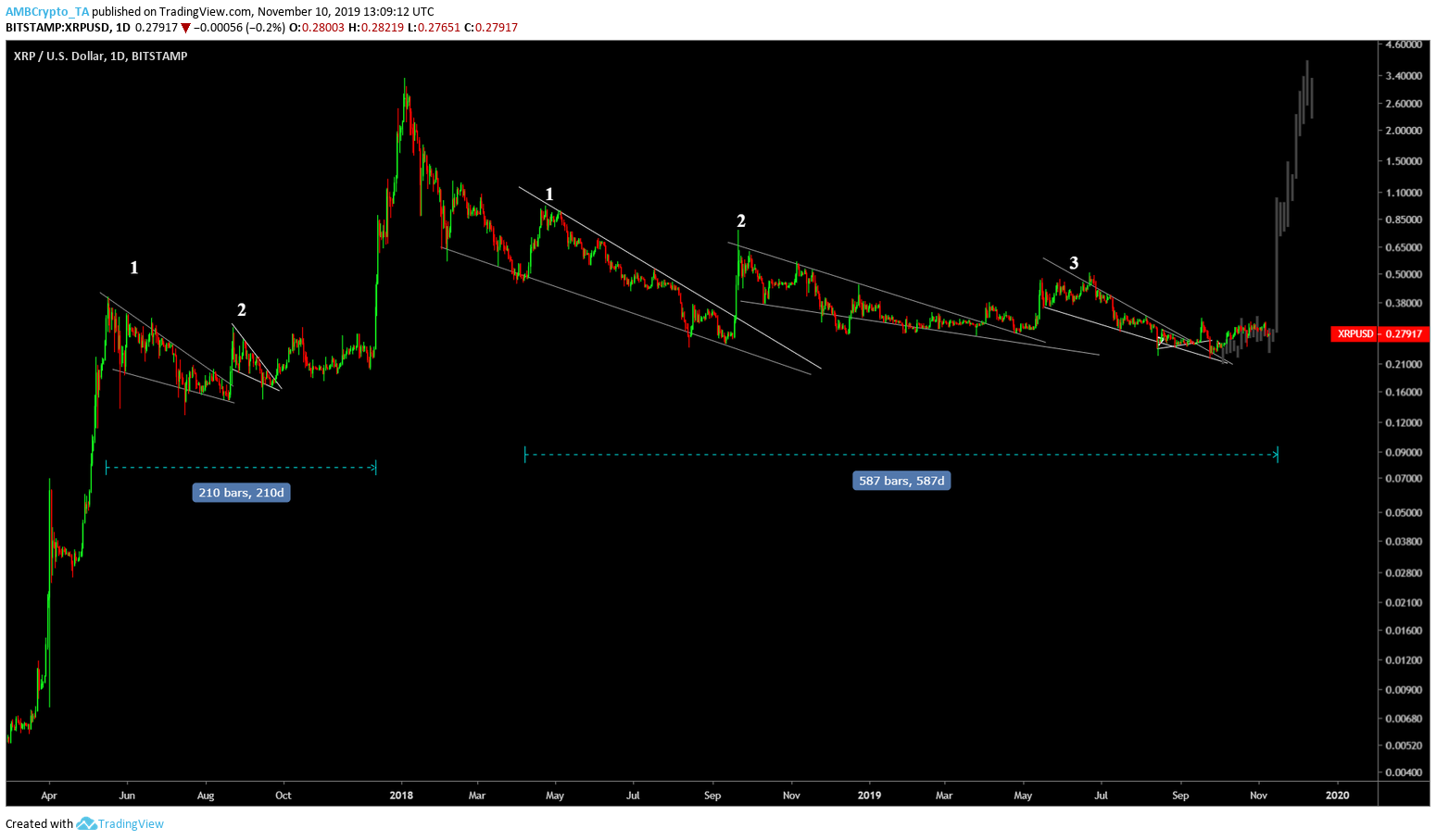 The price of XRP was exhibiting the repetition of a falling wedge fractal which has been forming since mid-2017. In 2017, XRP surged violently from $0.02 to $0.40. This was followed by two falling wedges with a decreasing blow-out. The price consolidated from September 2017 to early-December 2017. Towards the end of 2017, coupled with hype and mania, the price violently surged from $0.20 to $3.35, a 1557% increase in price in less than a month.

This history lesson is important because the same conditions are being seen for XRP today; except, instead of 2 falling wedges, there have been 3, and the price has almost finished the last leg, just before the violent surge.

Since 3 October, the price of XRP has been following a trend eerily similar to the one seen just before the 2017 run-up.

However, it should be noted that history doesn’t necessarily repeat itself and that there is a possibility that this set-up will fail and the price might consolidate or even collapse. However, the same can be said about the probability of an upside breakout. 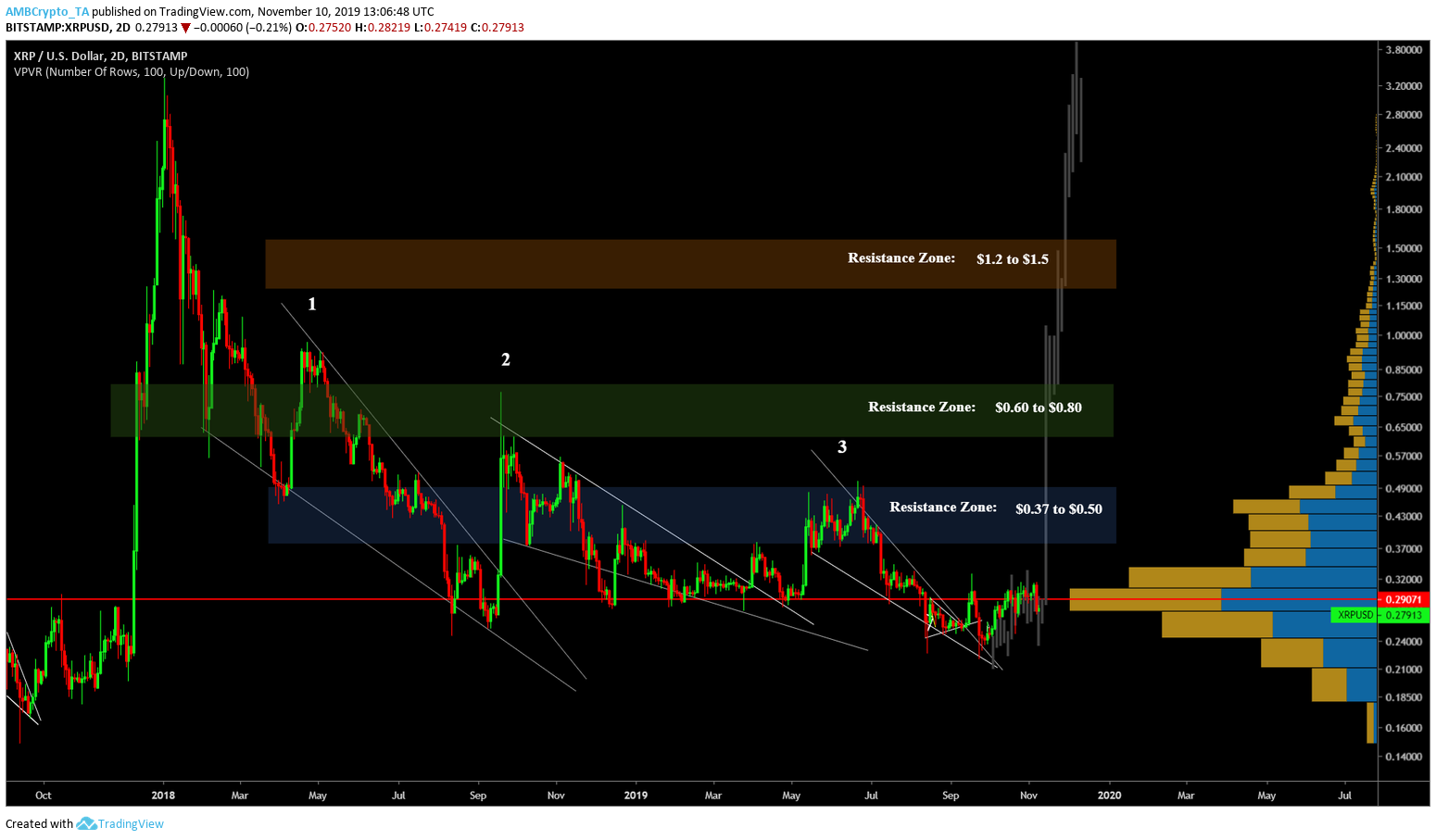 The price of XRP will face massive resistance between $0.37 to $0.50, as shown in the chart and confirmed by the VPVR indicator. Breaching this would take a lot of momentum or a very significant event.

Following the breach of this level, XRP would face resistance from $0.60 to $0.80, price points which were major support/resistance zones during the collapse of 2018.

It is essential to note that there might not be another rally like 2017, although this is tough news for the XRP community which has been waiting for the floodgates to open and the price of XRP to hit $589 or something similar. Moreover, the above-attached prediction in grey is a repetition of the 2017 rally. The rally is not going to be similar and hence, there are possibilities of pullbacks or even more consolidation, before XRP hits the next resistance zones.

Stacking Bitcoin may be an alternative to ‘hardest business,’ Bitcoin mining