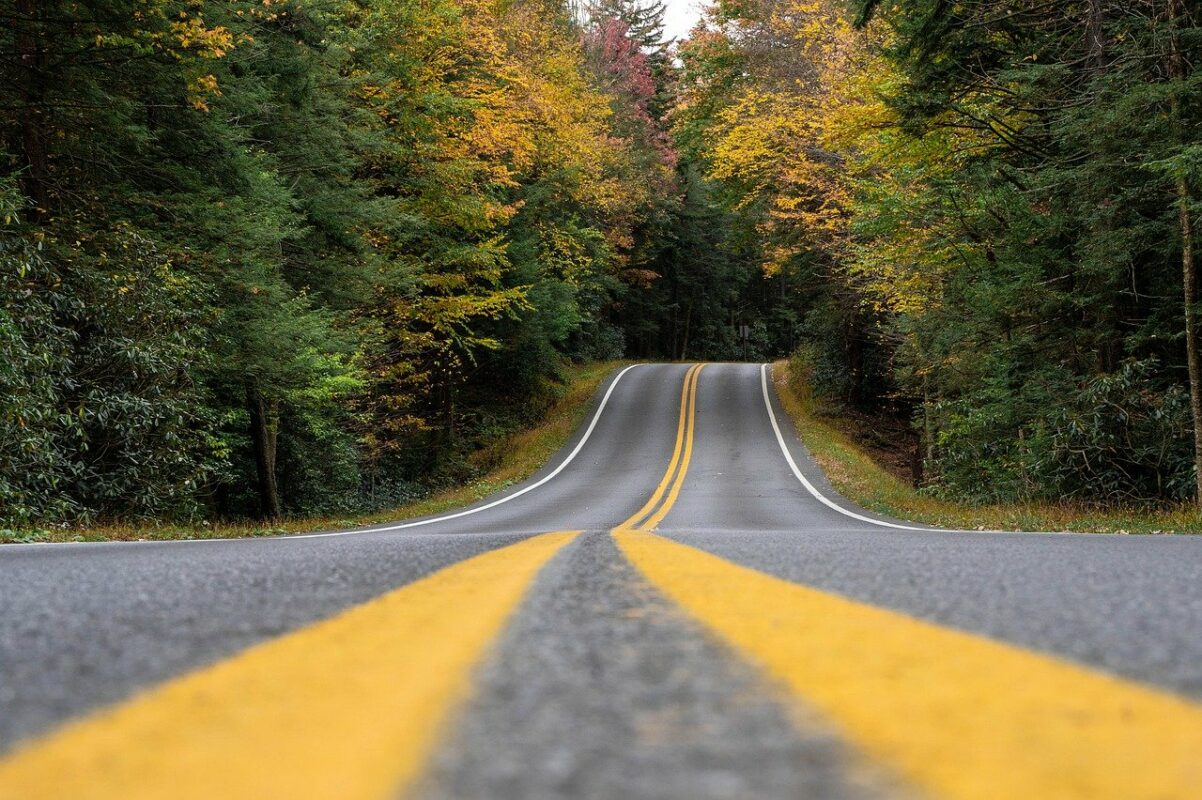 Zcash showed a bearish divergence on lower timeframes but has also flipped a zone of supply to demand in recent days. Despite Bitcoin exhibiting a strong drop from $42.7k to $40.7k, ZCash was not affected much negatively. However, further bearish sentiment across the market might force ZEC to drop as well. 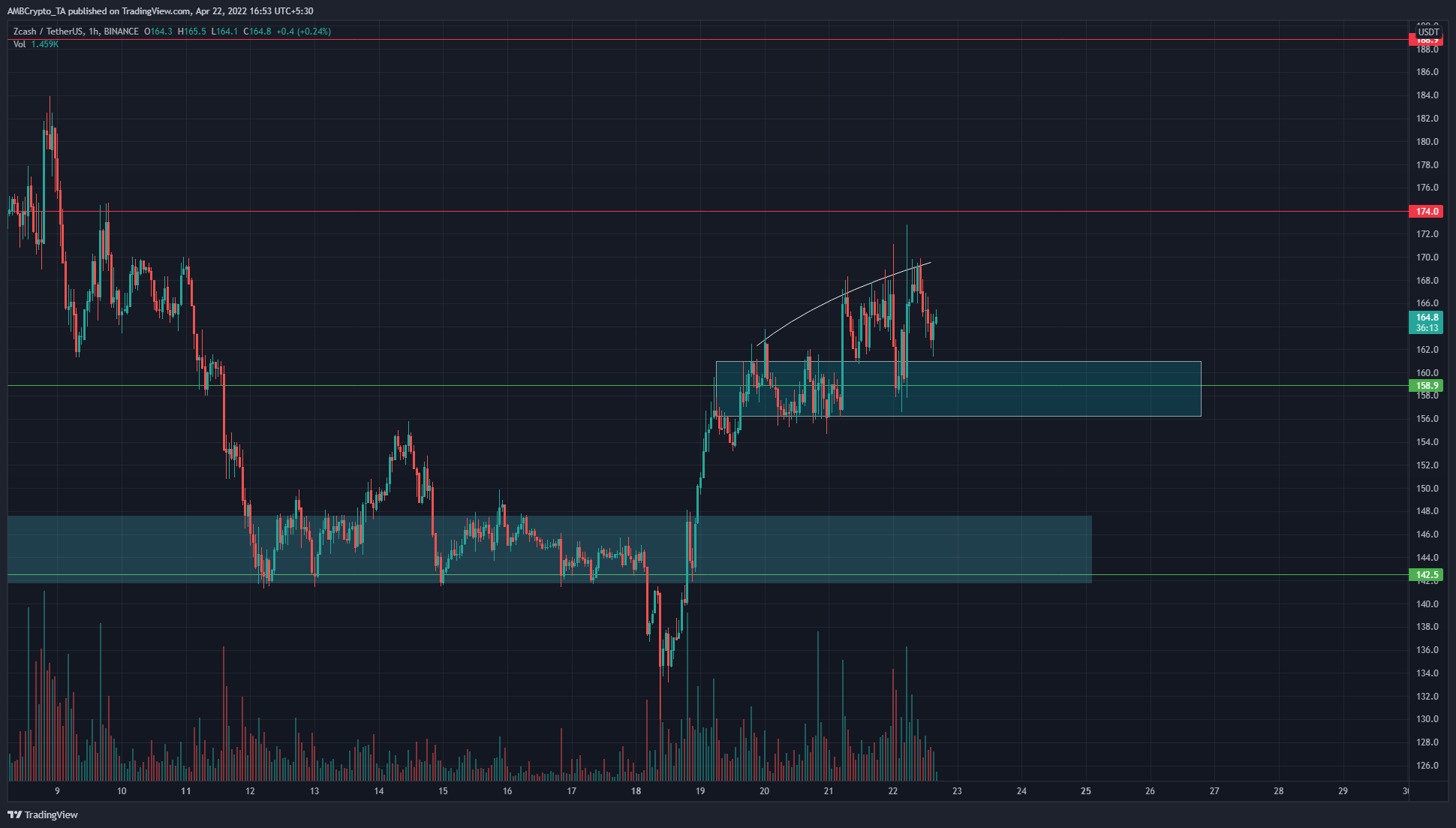 In white is a curve showing the price closing at higher highs on an uptrend. Examining the market structure on lower timeframes we can see that the bearishness of April has been broken in the past few days.

The $156 level was the most recent lower high of the previous downtrend, and it has been broken and ZEC has also managed to flip the $159 area (cyan box) from supply to demand. At the same time, the price has also formed a series of higher lows, to suggest a bullish trend over the past two days. 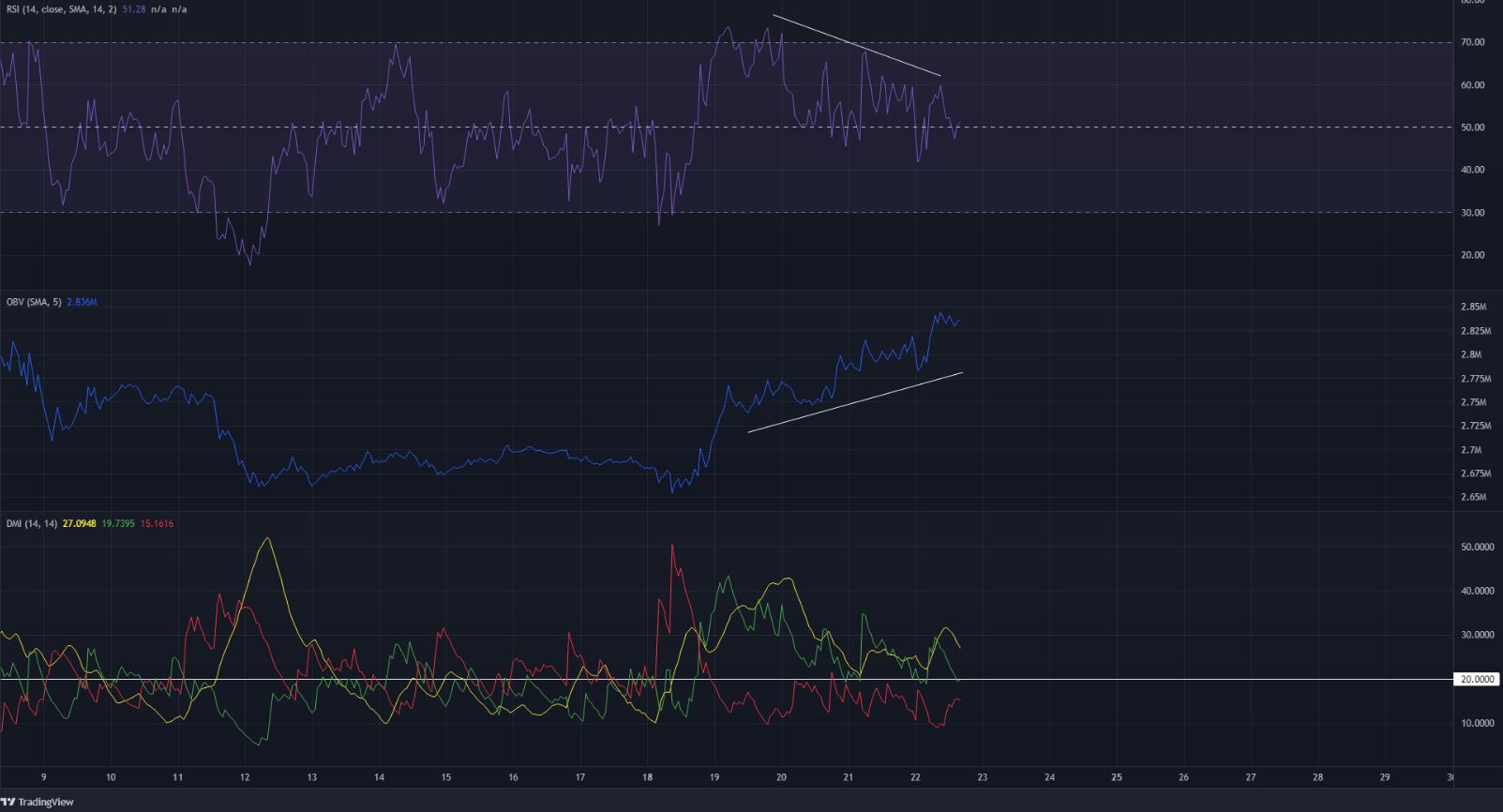 The RSI made lower highs (white) even as the price pushed higher. This could see a pullback for ZEC. At the time of writing, a pullback has already begun, as ZEC dropped from $169 to $161.5. The RSI has not dipped below the neutral 50 level, which meant that the lower timeframe bullish momentum could continue.

The OBV has also been rising recently, to show steady demand behind the bullish trend. This demand could prevent ZEC from falling beneath $159 over the next few hours. The DMI also showed a strong uptrend on the verge of ending. The ADX (yellow) was above 20 but the +DI (green) could dip below 20, based on the session close.

The trend over the past couple of days could continue to see demand arrive and drive prices higher. Despite the bearish divergence, the demand zone remained intact. A session close beneath $156.6 could shift the bullish bias behind ZEC.